If so, who was tasked with it. The BN’s service battery?
Thanks

In the Cdn Artillery units each Battery had an ammo det. a couple of trucks with ammo and another to pick up the salvage.

Thank you-I should have written “WWII US Army”.

In theory the Service of Supply troops could have been tasked with recovering expended brass and other dunnage. The arty battalion / battery trains could also have returned expended brass and dunnage back to the ammo supply point when they drew another load of fresh ammo.

It’s almost certain that no shipping space was used to return any of this back to the US for reuse. However, training units in the US almost certainly did recover expended shell casings and dunnage to be recycled, if for no other reason than the scarcity of metals.

However, I suspect that the pace of operations meant that the recovery of brass and dunnage didn’t happen very often in any of the theaters of operations, and when it did, the materials recovered were sold in place to host nation scrap dealers. Those same civilian scrap dealers were probably the ones who recovered the vast majority of expended shell casings and other abandoned detritus.

In the modern US Army, expended brass and dunnage materials must be returned to the ammo supply point from which the live ammo was drawn from. There are regulation specified / required percentages of recovery and allowed wastage and loss, but the majority of such materials are recovered and either reused or disposed of through DRMO (Defense Reutilization Marketing Office) auctions.

It might be interesting to note that in the LTA (local training area) that one of the units I served with in Germany during the 1980s had a couple of regular locals who followed us around to recover expended blank ammunition. At the time, I was working as an instructor in a course that had regular training cycles, and our program of instruction and course organization meant that we used the same (or very nearly the same) locations in the LTA for most exercise evolutions. All of these sites were well known to the locals. One gentleman would actually come round at the start of our course culmination exercise with a map to check that he had all of the locations noted where we would probably expend the majority of blank ammunition. You’d them see him on his moped zipping along the forest tracks between ambush and raid sites to collect up the brass.

Thank you. I had a idea of a vehicle full of brass casings/dunnage but am not certain now.
My mother in law (a German) once cut commo wire at our LTA ( [Tennenlohe) and used it for a clothes line.

At least you could load it with empty fiber casings…

“Thousands of shell casings are unloaded from US trucks as Italian civilians sift through them. Italy. 1944-45” : 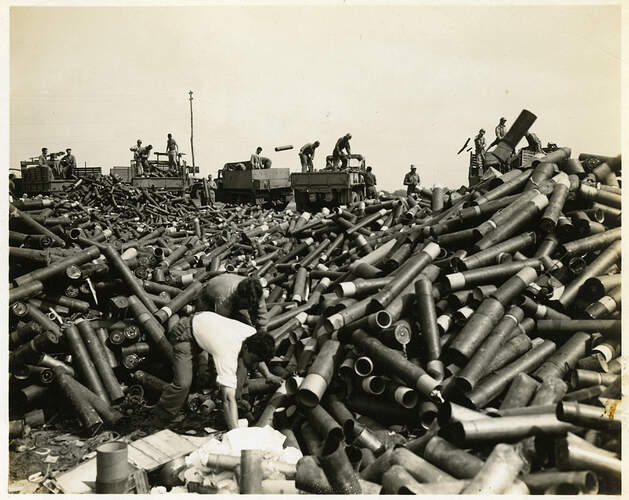 The one is from Korea war :

“Korean laborers unload empty shell casings from a truck at the 2nd Infantry Division Ordnance Salvage Dump, where they will be salvaged for reuse, 6 September 1951” 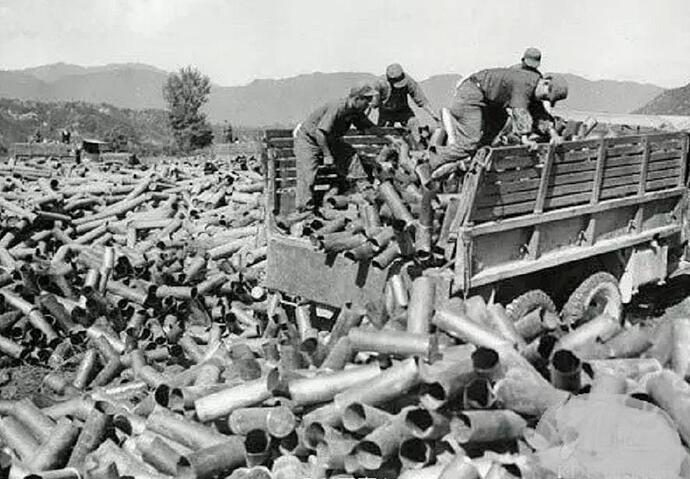 Thank you!
Thats a great idea.
Now can one buy a mass of these fiber tubes in 35th?

Make them out of drinking straws. The paper kind

I’d imagen they were returned to the U.S. (brass shell cases) because brass has never been cheap. In Vietnam they’d return them to the depot and then filled up an LST when they got enough. In so, I’d expect them to do something similar in WWII. Do they melt them down and make new ones, or simply resize them and add a new primer? I don’t know. Think of it this way, there’s roughly $10 worth of high grade brass in that spent case alone
gary

those are the fiber board tube the rounds came in, not the brass shell cases. Doubt they recycled them
gary

those are the fiber board tube the rounds came in, not the brass shell cases. Doubt they recycled them

old brass is worth a lot of cash. Bronze somewhat less, and pure copper is big bucks. Brass is really a copper alloy. I saw them filling LST’s all the time. Never saw anybody picking up spent 5.56 or 7.62 brass except in the states.
glt

A lot of them were salvaged and returned. As an avid coin collector I know that the empty shell casings were used to mint pennies in 1944 and after as the mint returned to making copper pennies again. Pennies had been made from steel in 1943. By the way some 1944 pennies were made of steel and shouldn’t have been. They are as rare as the 1943 copper pennies most people have heard about!
Regards,Bob

This item seems to give me a deal of dunnage- 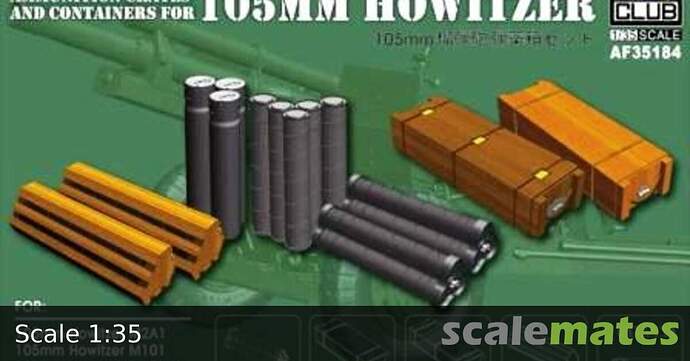 Are those 1943 zinc coated steel pennies of any particular value if they are still Shiney silver instead of black brown?

As with anything collectable condition means everything when it comes to value. Uncirculated coins are usually the most valuable. A lot of steel pennies were produced by the various mints in 1943, so an ordinary circulated coin isn’t worth much. They also tended to tarnish very quickly in normal use. It would be a good idea to take your penny to a local coin dealer and have it valued.
Regards,Bob