Hi everyone,
I would like to introduce you to the WZT2 Armoured Recovery Vehicle model. WZT2 was made in the colors of 82 bes (82 equipment evacuation battalion) from Oleśnica, which is part of the 10th Opole Logistics Brigade. The base was the MiniArt T55A (37023) model - only a bathtub and wheels. Many elements were printed in excellent 3D quality by my colleague from Genero3D. I did the rest from scratch. Caterpillars are friule, AK Interactive lights, chemistry, pigments are MIG

A few words about the history of the vehicle:
Polish ARV built on T-55 hull. It was built to perform repairs on T-55 and T-55A tanks. When it entered service in 1973 it was probably the best ARV in the Warsaw Pact. It is still able to carry out tasks that NATO gives ARVs of its class. Unlike the T-55 and the WZT-1, the WZT-2 is still the basic ARV of the Polish army used for field repairs. It can carry out repairs not only on Soviet tanks like the T-54/T-55 and T-72 but also on Polish PT-91 and German Leopard 2A4. A number of those vehicles are used by Ratownictwo Kolejowe (Railroad emergency response services). 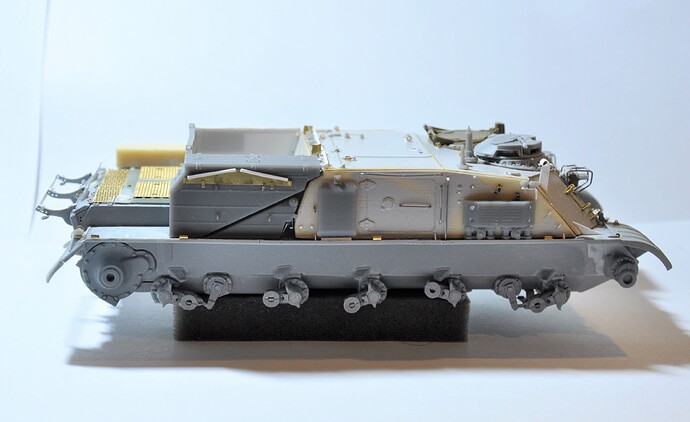 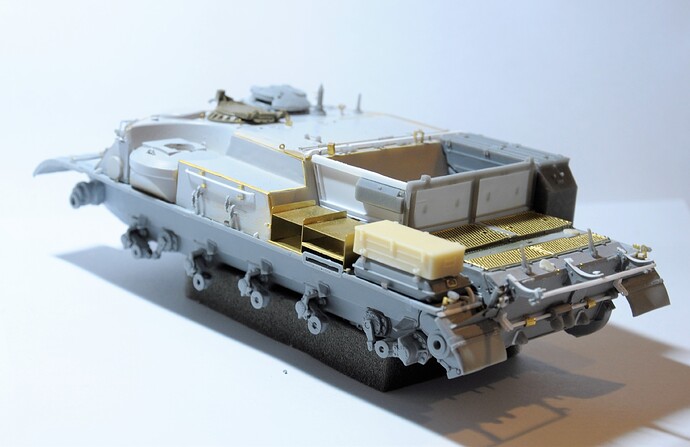 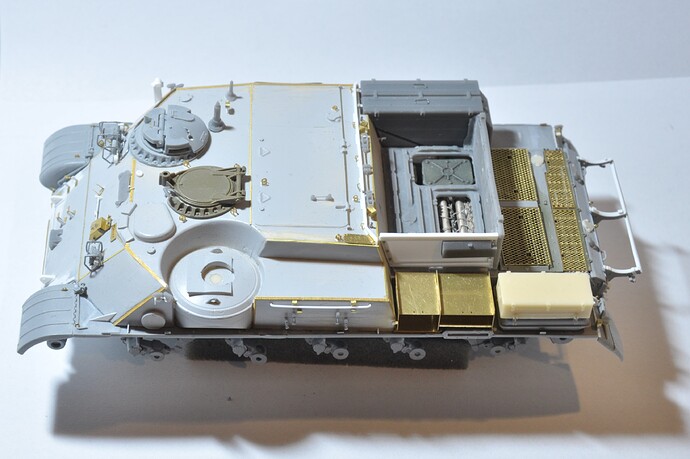 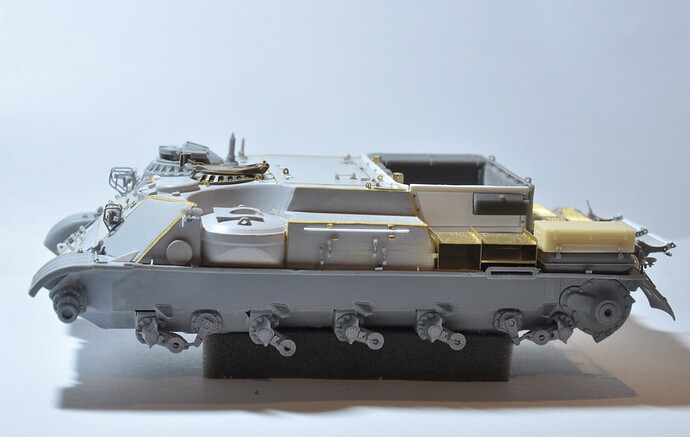 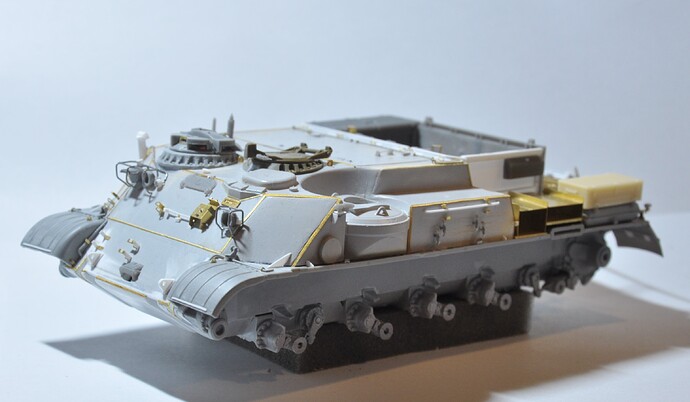 Excellent job on the build so far!

Thank you. The model is complete, but I am limited by the number of photos added. Here is the follow-up: 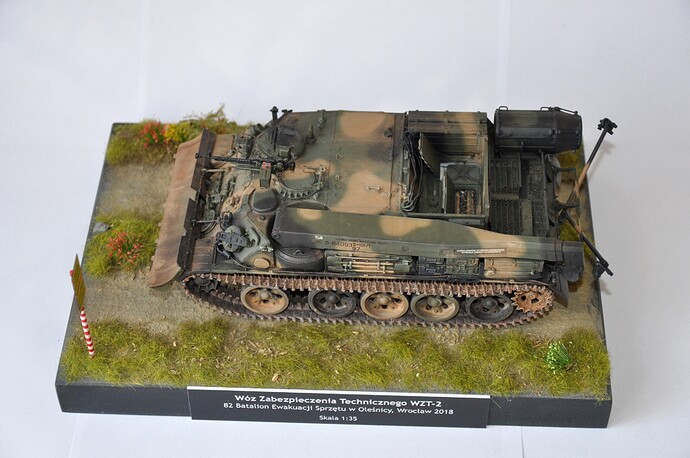 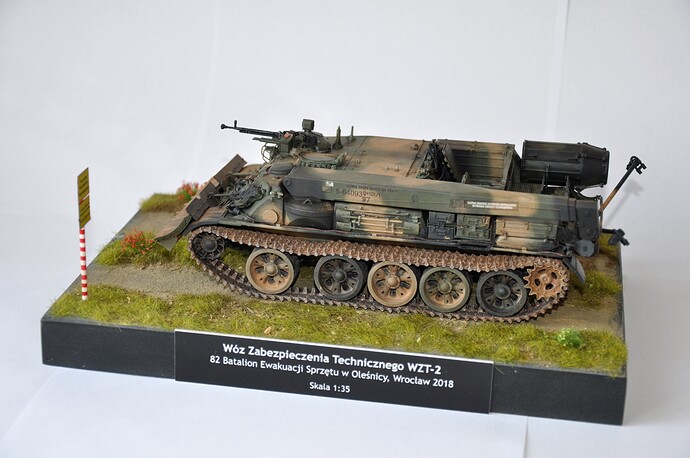 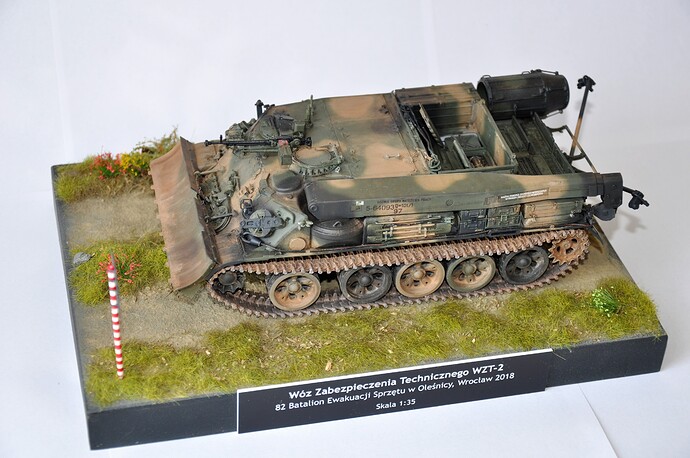 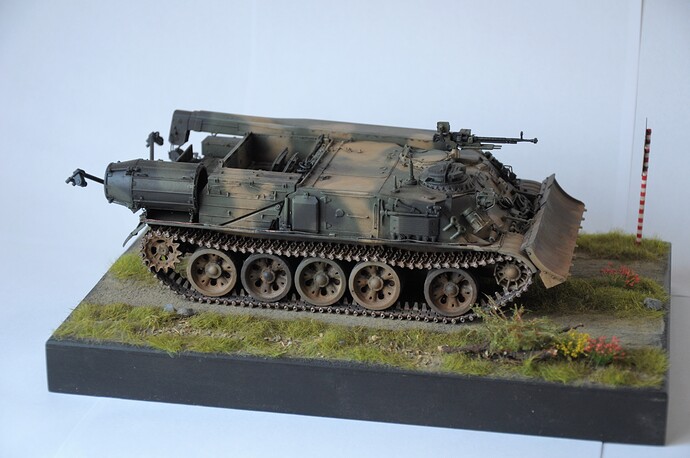 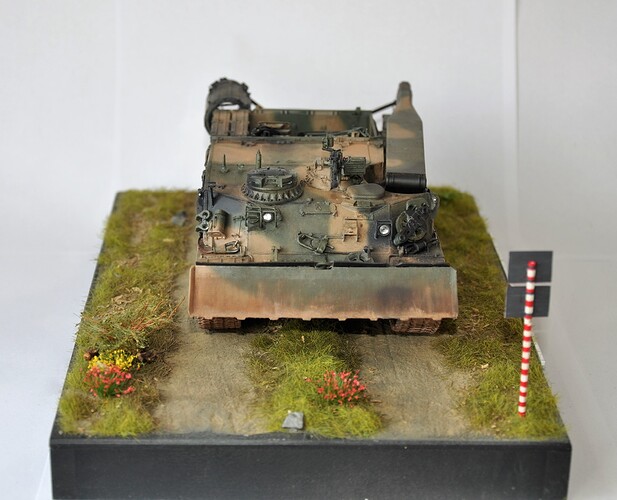 Wow that came excellent! Great job on the camo

Wow, what an awesome Model! This is the first time, I have heard of it or have seen it! Well done!

Another unique build! The scratch-work on this is truly excellent- right down to those beautiful weld-seams. What did you make those from?

This model is spectacular, a true work of art. Your scratchbuilding skills are amazing. Absolutely a superb model.

Awesome! Really well done, I may have to copy you on this. I got to climb over one back in 1991, my unit brought one back from Iraq. We didn’t know what it was then, it got labeled as a VT-55. Do you know what the tubular object on the right rear fender is for?
Ken

The VT-55A is a Czechoslovak variant of the Armoured Recovery Vehicle built on the basis of the T-55A. Unless it was mislabeled

Do you have a photo of this vehicle from Iraq? when I see it, I’ll tell you exactly what it is.
This pipe on the right is used to overcome rivers etc. obstacles - this is a fold-out chimney with an internal ladder.

No, it was definitely this vehicle and not the VT-55, it was mislabeled. I will have to scan the photos in order to post them, but it matches your vehicle, hatches, boom, even the piece on the back, that’s why I asked about it.
Ken

Likewise - had the chance to climb all over one of these back in September 1991 and photographed it extensively. It had been brought back from Iraq by the British Army and was parked up in the barracks I was visiting in Germany (Fallingbostel). I built a model of it based on the Esci T-55 kit a couple of years later, but finished it in JNA (Yugoslav) markings.

I think you are right because the WZT2 was sold to Iraq a long time ago. I know some photos of these vehicles from the Iraqi army.

The captured Iraqi Polish WZT-2 is housed in the Fort Hood Cavalry Museum. It was captured by the 15th Support Battalion during Operation Desert Storm. 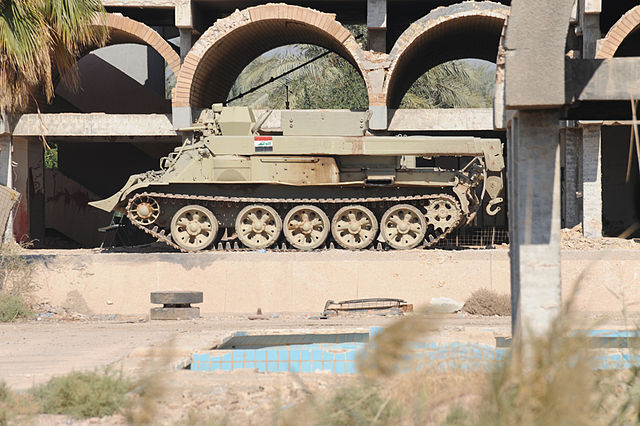 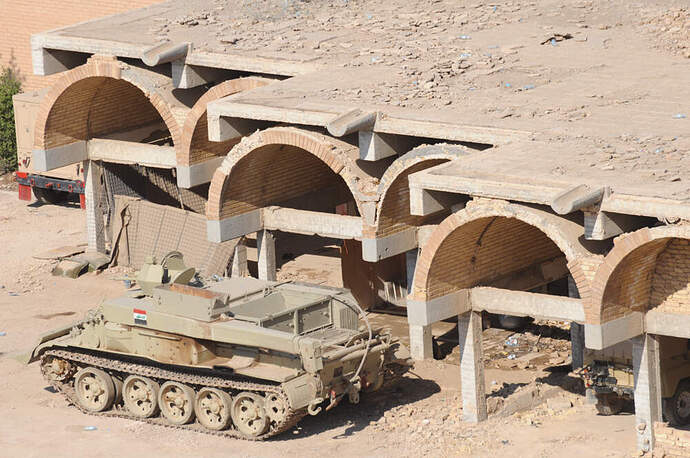 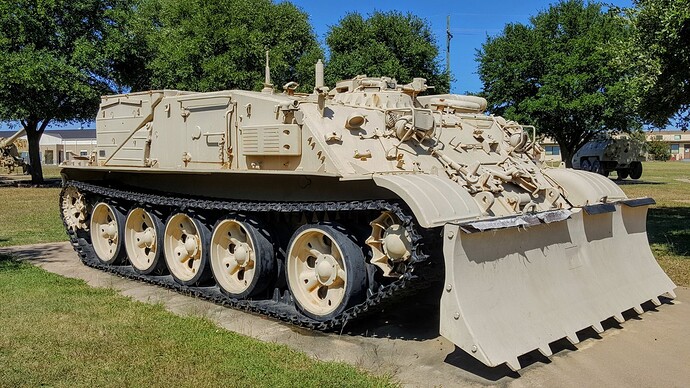 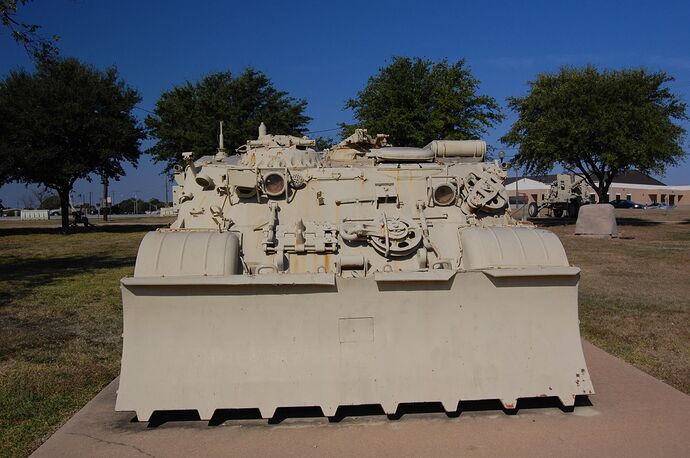 The Yugoslav army also owned these vehicles, later they ended up in the Serbian army. In 2004 they still had 14-16 of them. Photo of the Serbian WZT2: 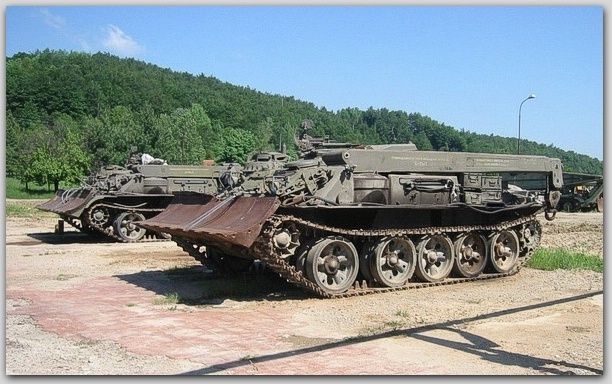 These are my photos from 1991. Some are from still in Iraq/Saudi Arabia, the rest are the motorpool in Ft. Bliss. The vehicle was painted green, and all the stencilling was in English. 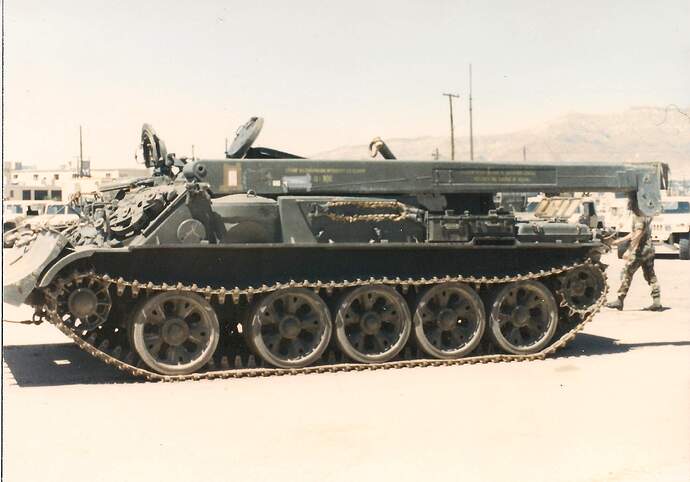 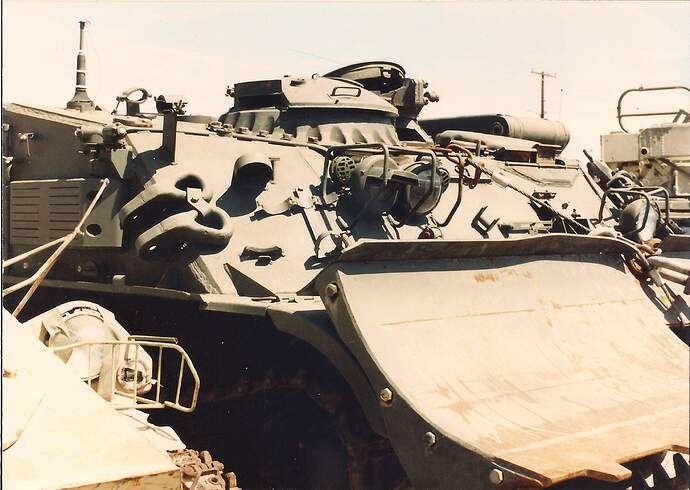 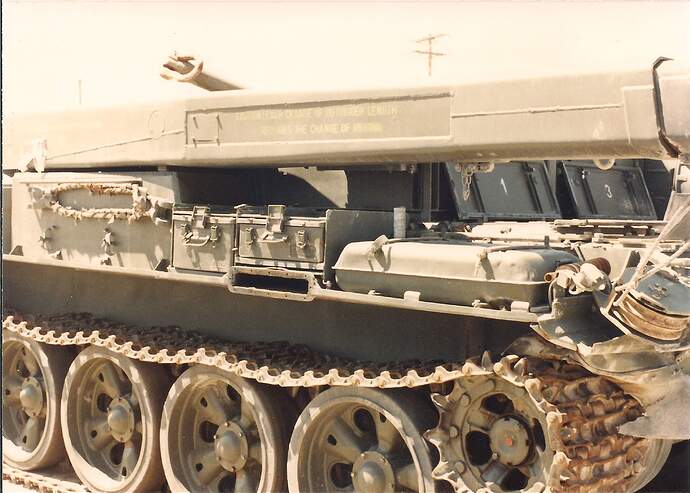 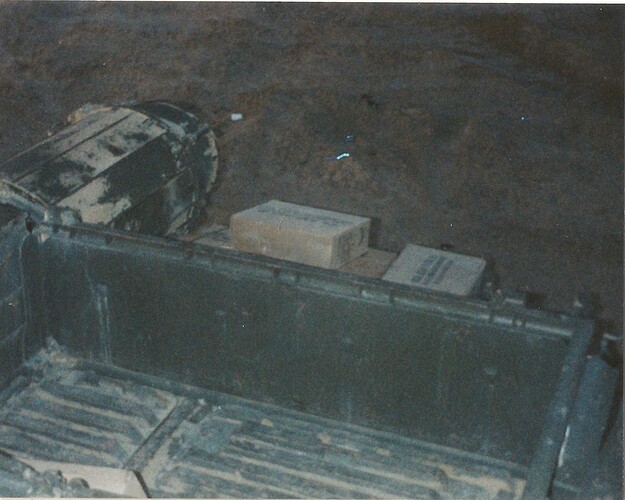 There is something inside the Fording Tower. I don’t know what it is. 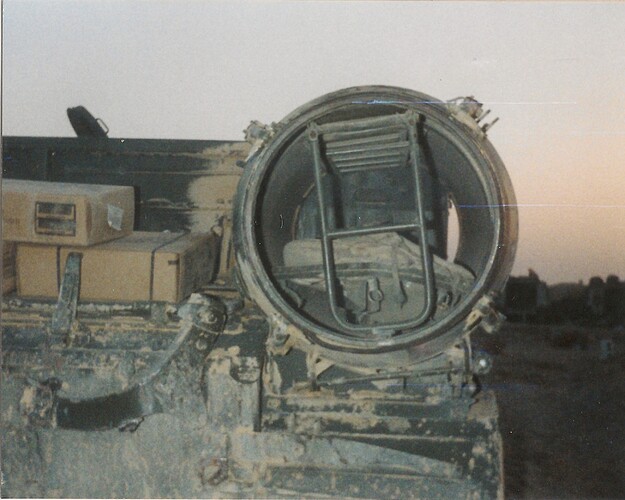 I also got a couple shots from inside. 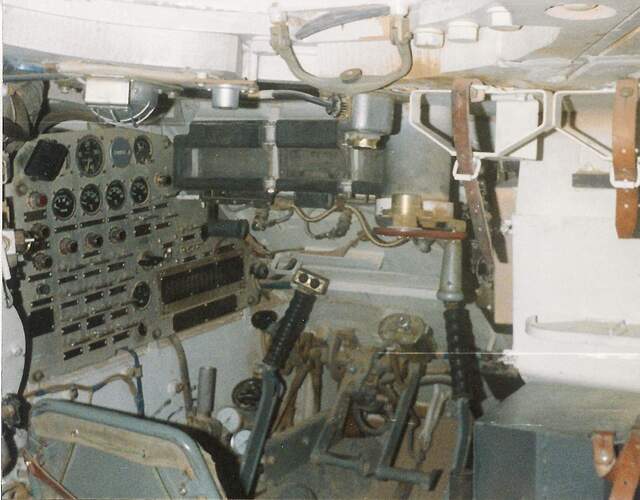 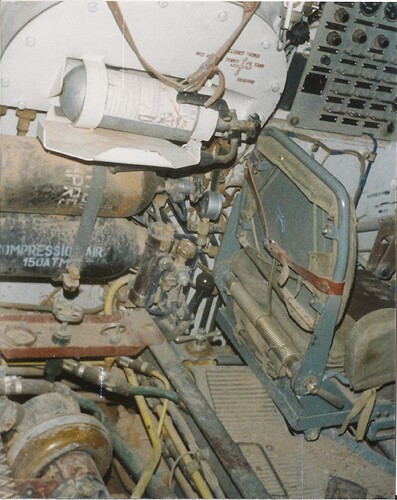