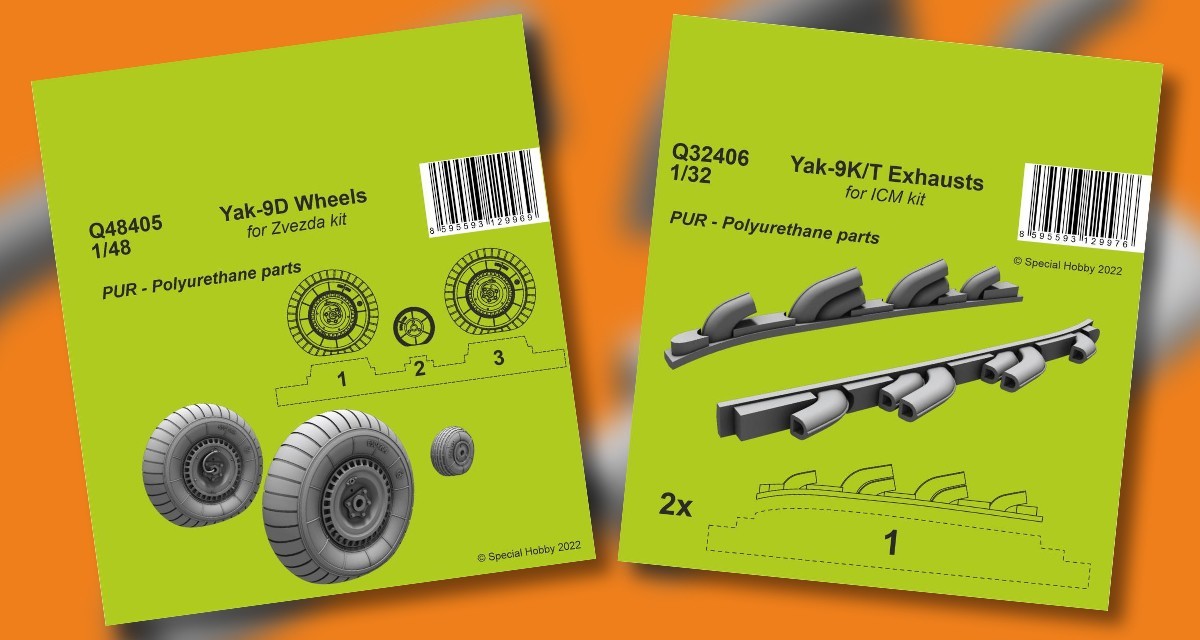 This is partial text from the full article (usually with photos) at https://aeroscale.net/news/yak-9-wheels-exhausts
Jerzy December 21, 2022, 12:15pm #2

Sorry for being offtopic but for anyone still having Airfix Yak-9D and not wanting to bin it right away, there is still hope… Until recently, best 72nd Yak-9D used to be the Dako-Plast article. Even though the ICM counterpart is a far cry, it still has its merits, one being two sets of fuselage plus canopy. Incidentally, Airfix final reissue of their ancient kit does have two markings for a different version, with longer canopy and cockpit further aft, so here ICM replacement fuselage and canopy is a must. In general, even though ICM parts still require rework, myself strongly recommend crosskitting Airfix with ICM leftovers.