I just bought the French version to depict prewar Paris. But I noticed that the kit has black tires, which I thought cars didn’t have before WW1? Also, when did these particular vehicles come into use? I recall seeing a very old Charlie Chaplin movie depicting a car accident-and this was even before Chaplin had created his “Tramp” character.

says:
“In the early 1900s, lamp black producer Binney & Smith, later well-known for their crayon products, began selling their carbon black chemicals to Goodrich Tire Company. They discovered that the use of carbon black in rubber manufacturing significantly increased certain desirable qualities for the rubber meant to be turned into tires. In 1904 Sidney Charles Mote and a team of experimenters in England discovered the reinforcing effect that carbon black adds to rubber, and some years later this beneficial effect became common knowledge and general practice in tire tread compounding.”

Here's Why Tires Are Black

Tire technology has come a long way since the Ford Model T first rolled out of the factory in 1908. Modern tires are not only different in dimension, compound, and overall structure, but they’re also a different color. That’s because early tires were...

says:
" The author, Jeffery A. Melsom, says the true rubber-strengthening benefits of carbon black was discovered by S.C. Mote, a chemist for the Silvertown, England-based India Rubber, Gutta Percha and Telegraph Cable Company, in 1904.

“It wasn’t until 1912, however,” Melsom wrote, “that this secret ingredient was used in tires by the Diamond Rubber Co. of Akron, Ohio, which acquired the rights to the use of the material from Mote’s company.”

This is where accounts differ. Melsom says S.C. Mote from Silvertown discovered the value of carbon black in tires, and that Diamond Rubber then got permission from Mote to use the strategy in its tires. But carbon black company Birla gives much of the credit for discovering carbon black’s strength to B.F. Goodrich, who owned Diamond Rubber Co, and who was impressed by “Silvertown” tires it had imported from England. Birla writes on its website:

But when [B.F. Goodrich] began experimenting with “Silvertown” tires to change up their look, they discovered that the tread rubber was not just gray—it also had a longer life.

The Silvertown manufacturer had been using a small amount of Binney & Smith carbon black to give its tires their tint, and Goodrich discovered that increasing the amount bound the rubber particles together, making the tires stronger. So in 1911, they put out a request for a manufacturer that could produce an annual supply of one million pounds of carbon black.

Supplying that one million pounds of carbon black to BFG was none other than Binney & Smith, who played a major role in uniting a number of smaller carbon black companies into Columbian Carbon Company, which was acquired in 2011 by Birla, the aforementioned modern juggernaut in today’s carbon black industry."

and also:
"Michelin’s spokesperson told me the company’s first black tires, launched around 1917, were called “Universal Tread Covers,” and were advertised as tires built for “all roads and all weathers.”

So it’s not totally clear how much World War I factored into tires becoming black, as it appears that knowledge of carbon black’s strengthening power had existed well prior, as did a vast supply of the microscopic black particles thanks in part to Binney & Smith and the Pennsylvania oil rush."

I think you could go for black tires unless you find period images showing light coloured tires. 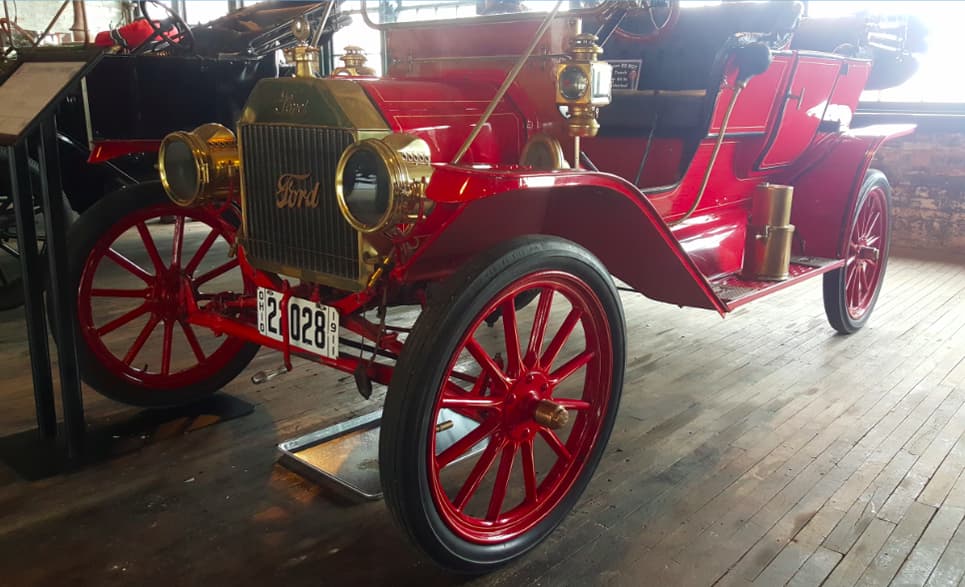 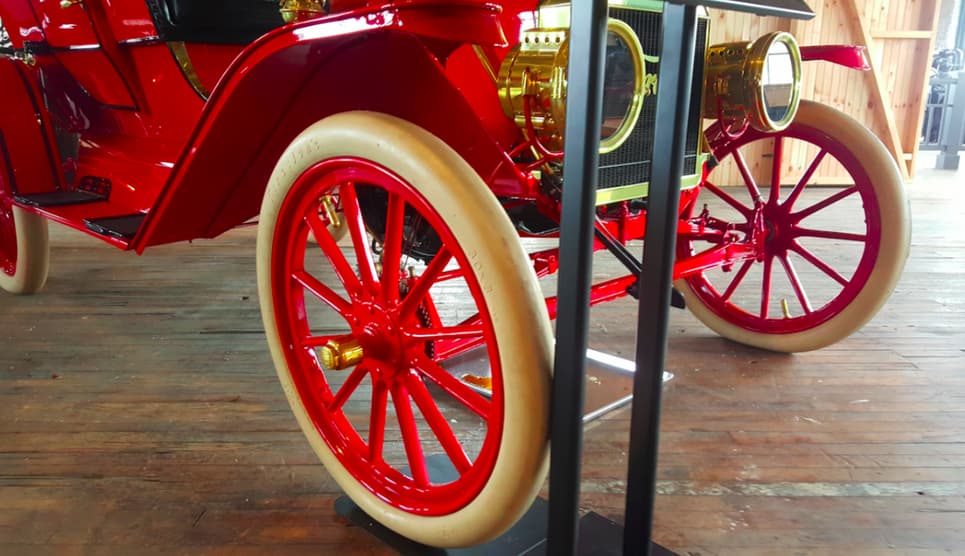 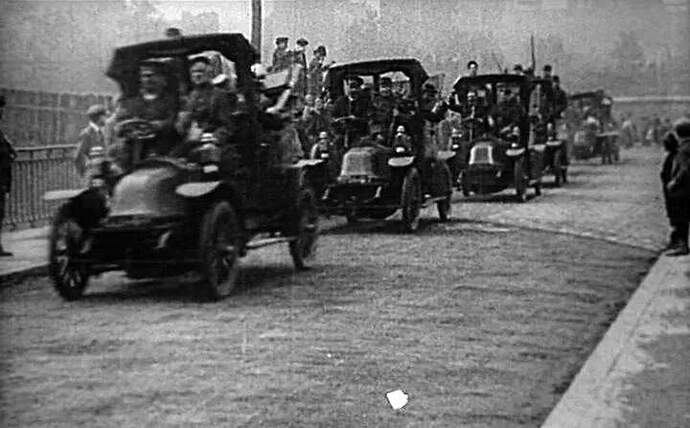 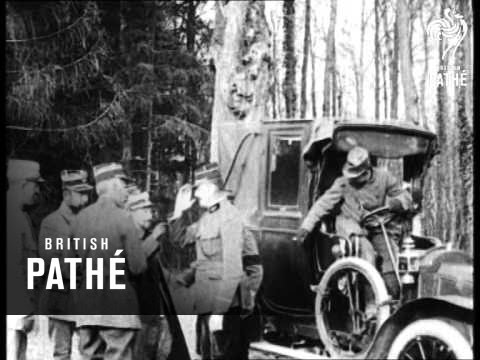 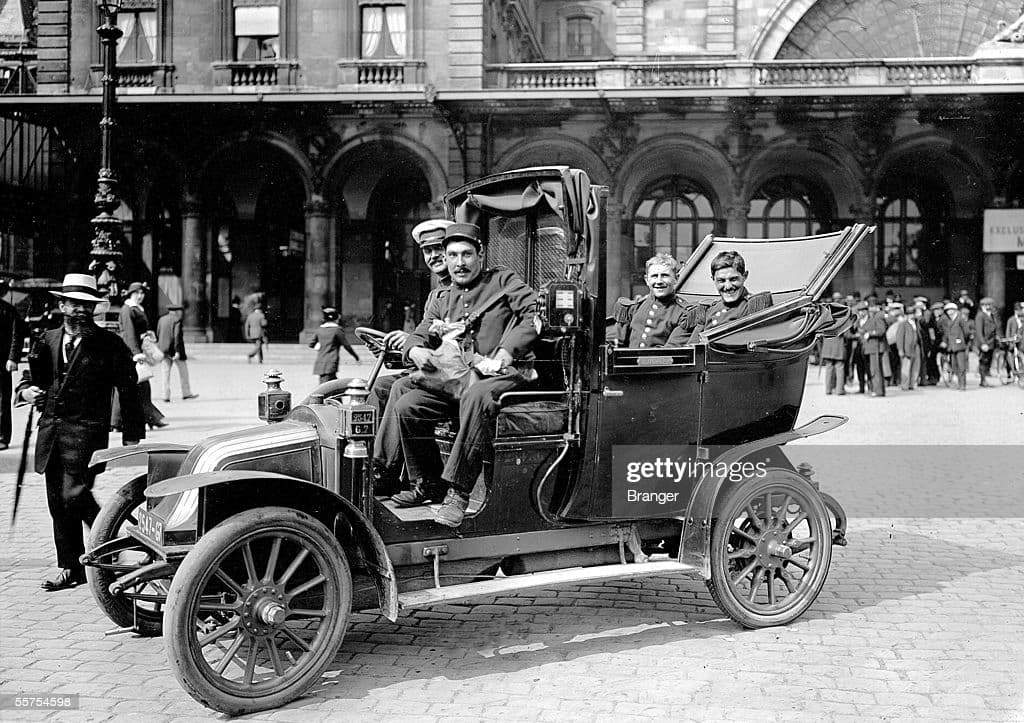 Thanks, even though the pictures do not provide an exact answer. I am actually trying to depict the era before 1914, preferably when these taxis first hit the road. Probably white is the answer then.

Not white, check the colour of the tires on that Ford model T.
No idea about how to mix it though …

Maybe Vallejo bone white 72.034 and lighten as need be.

Latex rubber, same color as the gloves we used to use 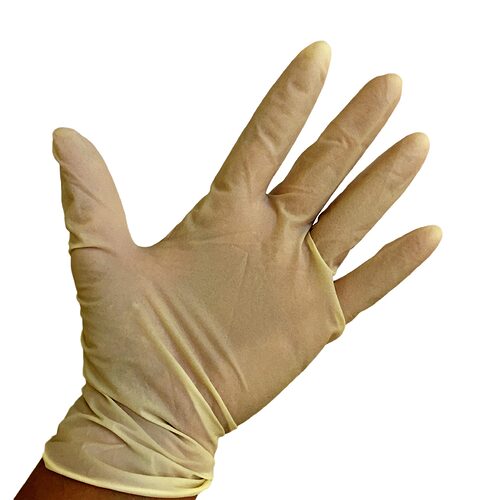 I’m not so sure that the tires in the last photo are black vs. just dirty. The tires appear to be lighter than the wheels. 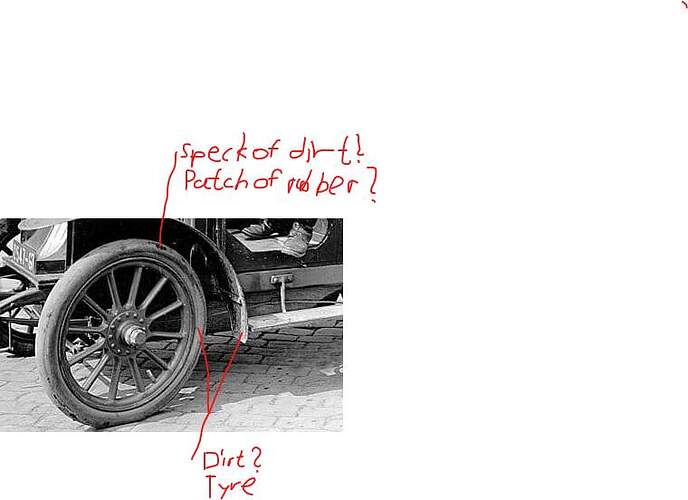 I got the impression that Tom was thinking about a pre-war taxi and then the
natural latex look is definitely a safe option, see the British Pathé film.

Production dates:
" The Renault Type AG, commonly referred to as the Renault Taxi de la Marne or Marne Taxi is a hackney carriage automobile manufactured by the French automaker Renault from 1905 to 1910. The name Taxi de la Marne was not used until the outbreak of World War I, when the fleet of Paris taxis was requisitioned by the French Army to transport troops from Paris to the First Battle of the Marne in early September 1914."

The Renault Type AG, commonly referred to as the Renault Taxi de la Marne or Marne Taxi is a hackney carriage automobile manufactured by the French automaker Renault from 1905 to 1910. The name Taxi de la Marne was not used until the outbreak of World War I, when the fleet of Paris taxis was requisitioned by the French Army to transport troops from Paris to the First Battle of the Marne in early September 1914. It was the first car produced after Marcel Renault's death in 1903, along with anothe...

I have related question: what do taxicab drivers look like? The Miniart kits do not come with them.

I have related question: what do taxicab drivers look like? The Miniart kits do not come with them.

That’s because it’s ICM that do the Renaults. If you’re talking 1:35th scale they can:

But if you want him separately he’s with this bunch:

Unfortunately there isn’t an equivalent for their 1:24th Renaults.

Coming back to the tire colour question:
I just realised that period photos show two different types of tires,
one type without tread (the natural rubber coloured) 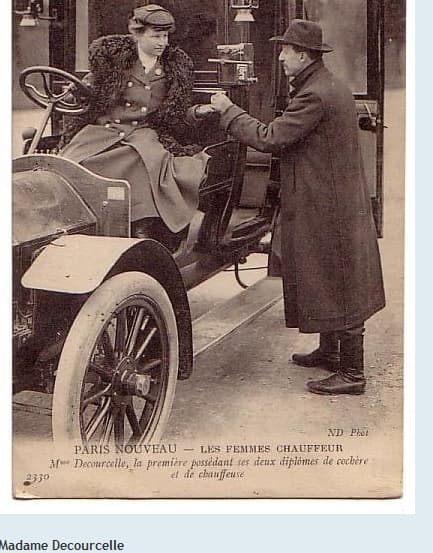 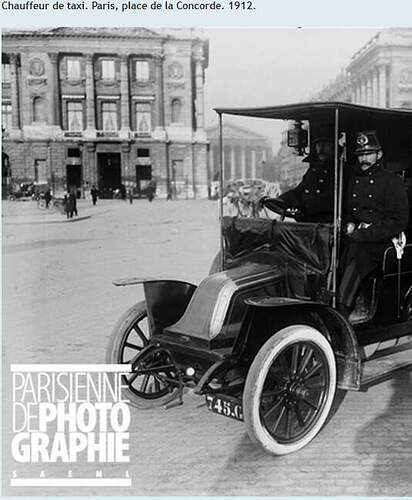 one type with treads which look like dark rubber (with studs??) 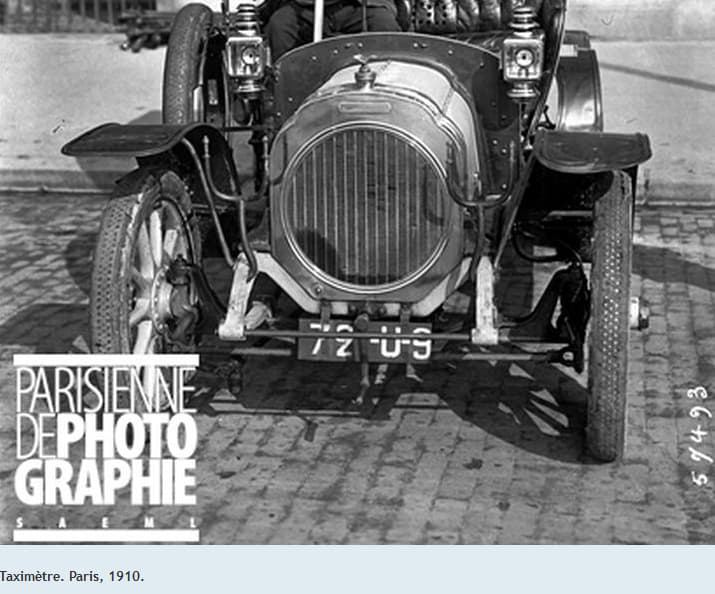 image715×594 56 KB
Other car manufacturer but the interesting part is the tires.
2 Likes