So, this topic over on the Aircraft / AeroScale forum got me to thinking about my first armor kit:

My first armor kit was the 1/76 Airfix Panther tank in the carded poly-bag packaging. 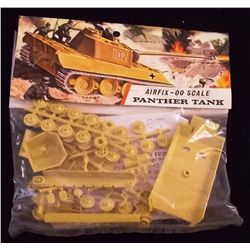 Circa 1966, I had only recently turned six, and I had to ask my grandmother to lend me a needle and thread and then show me how to thread the needle so I could sew the ends of the tracks together. This was just my second ever model kit, so I really knew nothing about best practices for basic construction. I just twisted the parts off the sprues and used way too much glue (although less than on my first build! LOL!).

No model clubs, no model magazines, no interweb… Just me, the bag of parts, a single page of B&W instructions and a tube of glue.

By this second kit, I was really hooked on scale modeling and never looked back.

The Airfix 1/76 Sherman. Bought on holiday in one of the starter packs. Really fun build and enjoyed weathering it.
First 1/35 was Tamiyas Leopard 1A4. Hand painted the cammo with a brush. All the inscentive I needed to save up and get myself an airbrush (a basic Badger spray gun that still works perfectly).

, we are of a similar age and my first ever kit would have been around the same time and, again, was a Series 1 Airfix bagged kit, this time it was the Folland Gnat. 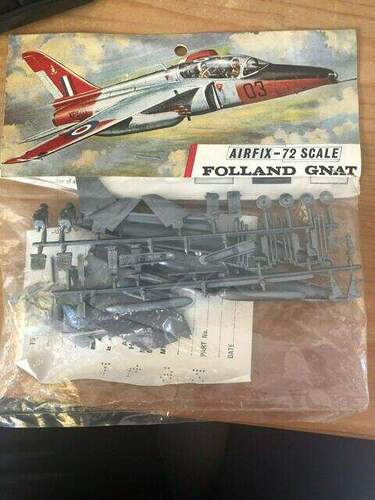 I never had the patience to wait for the paint to dry and can remember the red bleeding into the silver, but I was still pleased as punch, and soon it was dangling from the bedroom ceiling and collecting dust,

The impatience side is still a problem,

And in the early 1970s (72 or 73) I bought my first ever big boys kit when on holiday in North Wales, hate to think how much pocket money that took, 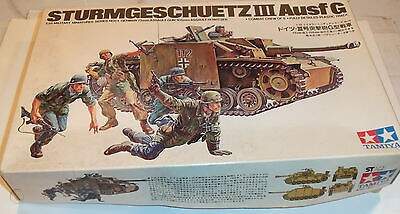 Thanks for dropping this topic on us, and cheers,

One of the 1/76 Matchbox kits, I can’t remember exactly which one.

My first armor kit was the Aurora 1:48 Panther kit. Built it in 1968. Cut the parts off the sprue with a paring knife stolen from Mom’s kitchen drawer and built it on a metal TV tray. Used way too much Testors tube glue. It came molded in tan and I painted olive wavy lines on it to match the box and did the decals. Man was I proud of that tank! Who would’ve known…

Testors sherman, I was probably around 12. Don’t remember much about it other than I faked being sick to stay home to build it and later cannibalized it for nut & bolt castings for my later “serious” projects.

One of these Airfix kits in the same bag as yours @SdAufKla. I can’t exactly remember the kit but it could be either a Panzer IV or the JS-3.

The first ‘armor’ type kit I can remember building was the Revell halftrack. I’m guessing that must have been in the early 1960’s. I pretty much exclusively built airplanes after that until I stopped altogether and focused on girls, guitars and cars until the late 1970’s when I sporadically built things.
I remember building a Tamiya T-34/76 and attempting a winter finish so that one was probably my first serious armor build. 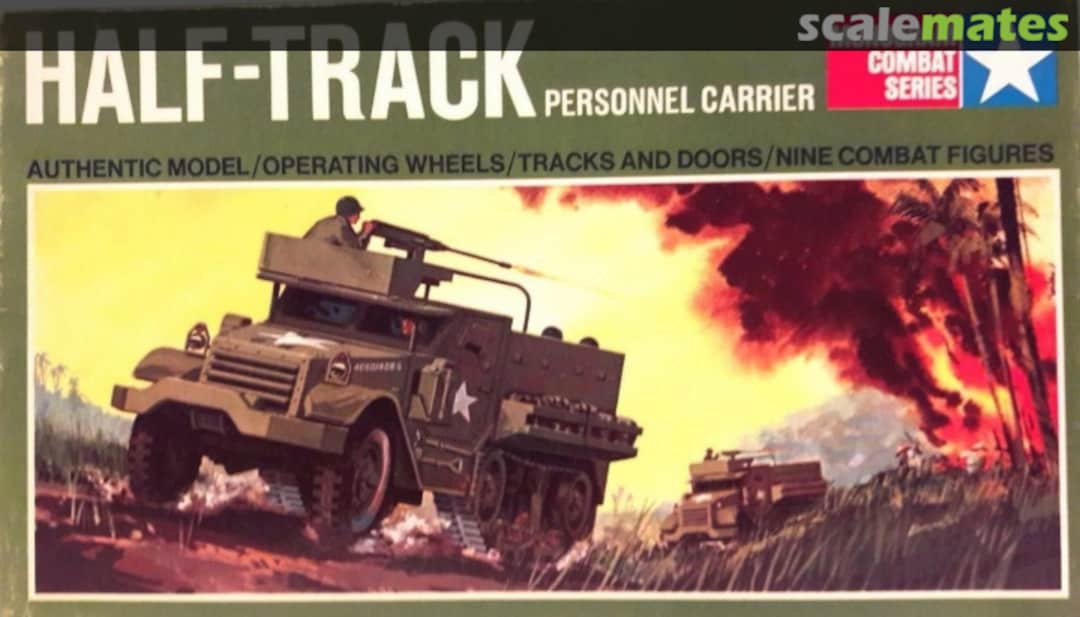 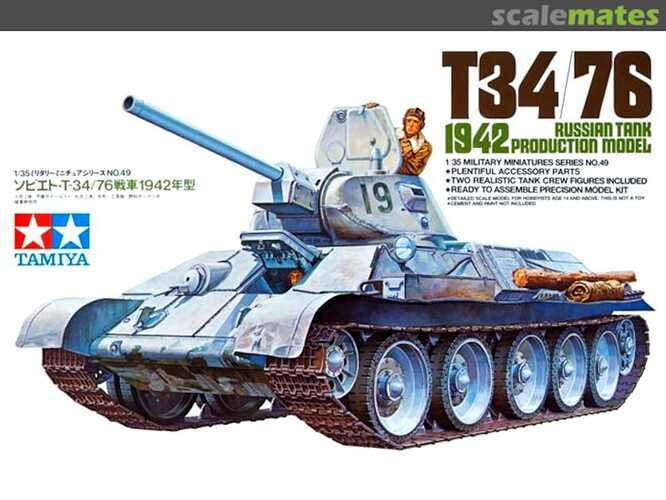 In the mid 1970’s on family vacation my dad purchased a remote control 1/35 scale Tamiya Sheridan for me. Mainly because it didn’t have anything to do with Star Trek which was my obsession at age 11. 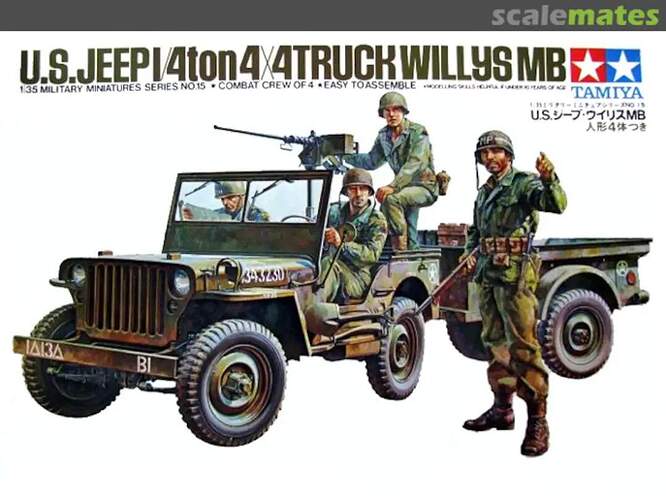 Birthday present. Had the fold out catalog insert with all the other MM kits.

I became a “serious” modeler when I got the Monogram 1/4 ton Jeep with the towed 37mm AT gun that had Paine’s “Tips on Building Dioramas” included (in B&W, no less with that kit, but there were color photos of the diorama on the box sides!). This was in 1972.

Although I made an epic fail out of trying to copy his build, my eyes were opened to the possibilities that scale modeling could offer. I went from Saturday afternoon builds - painting and decals “optional” - to really trying to make something realistic out of my models.

I’d seen copies of Kalmbach’s “Model Railroader” in my school’s library, but I hadn’t made the connection between those masterpiece railroad layouts and what could be done with other scale models until Shep Paine did his Monogram dioramas… He really was my inspiration and mentor. I built everyone of those Monogram military kits and tried to copy the dioramas in each one. Some even came out out!

(Heck, I still have my “knock off copy” of his M4A3 plowing through a Normandy hedgerow diorama from back around '75. I’ve refurbished the vegetation on it since I first built it, but it still has my original effort to modify the Sherman with the trailing return roller VVSS and a Valiant US paratrooper figure.)

It was a year or so after I got that Jeep kit with the diorama tips sheet, maybe around 1973, that I found and bought my first copy of the old Challenge Pubs “Military Modeler” magazine. After that, it really was game on! LOL! Holy cow! There’s a whole world of scale modelers out there!

I built that one in the mid 90’s. Great little kit.

I really don’t recall, as I built a flurry of kits when I started in the mid-70s, but likely it was a 1/48 Bandai kit and probably German. The Kmart near my grandmother’s house carried the whole line.

I don’t recall my first armor kit.
My first build was probably a car kit and then aircraft.
My uncle worked in aerospace, so he gave my a huge Jane’s encyclopedia of aircraft in the late 70’s it early 80’s. I loved that book.
I will say my first Tamiya kit was the M3(?) halftrack kit with a dozen of troops. I was in my early teens then, probably 1987. I still have some of the troops, built and unbuilt ( horribly I might add). Before that Tamiya kit, I had mainly built Monogram kits. And I remember how easy it was to build and the big differences in the details compared to the Monogram kits.
I remember going to the toy stores in the mall and seeing Italeri/ Testors pzivs and there was a US paratroops set I wanted, but I knew my parents would never buy for me. I thought those Italeri kits must be way better the the monogram kits. They at least looked it on the cover. At that time the Tamiya kits were always priced higher, so I knew I would never get one. And being really young, I thought it must be difficult to assemble.
My mother’s friend , who happened to be my Den Mother in the cub scouts, her sons builds are what got me into wanting to do the military builds. One of them had built and painted the Tamiya 4 German infantry set and in my eyes I thought they were awesome.