usually I prefer modelling tanks, aircraft and ships but I needed a bit distraction from these themes and tried my hands on some figures again in 1:35 scale. I had these interesting four resin figures set from YuFan in stash which represent four different soldiers of local chinese armies fighting against Japan in the late thirties. Sculpting quality was nice so I was triggered to do these: 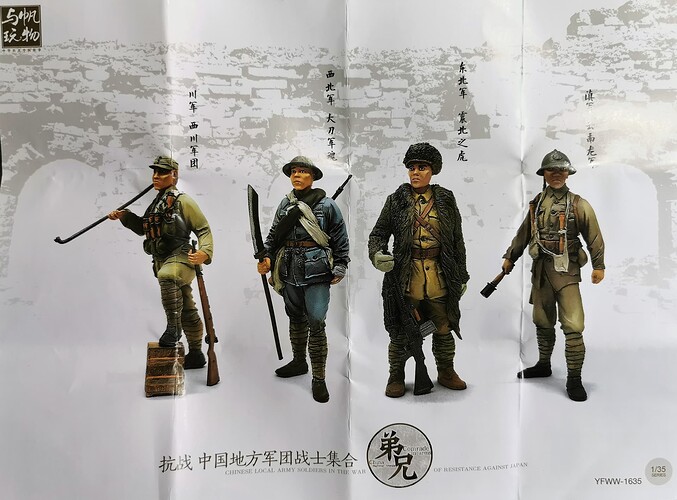 This figure represent a member of the northern shandong province army during winter time. Only officers were able to get these fur issued winter cloth and hat, the normal soldier carried watted cloth instead. 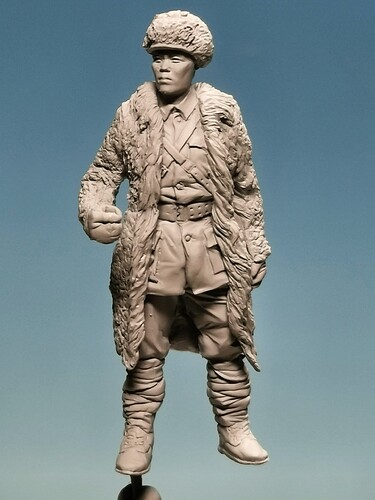 This figure represent a “shock trooper” of the southern Yunnan army. They were issued with french Adrian helmets with a Kuomintang symbol embossed in the front. He carriers german “potato-masher” Stielhandgranaten which were highly praised by the chinese fighting troops. Instead of a carbine I will issue him with a machine pistol of (to me) unknown origin. 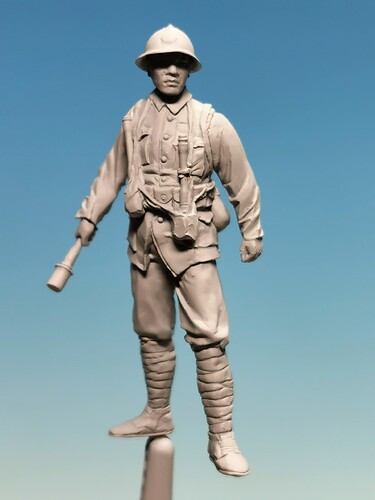 This figure is a member of the “Tin hats” or “Big sword Unit”, also an recognized elite unit of China in these times. They carried the distinct british “Brodie” helmet and a big traditional chinese broadsword which they used skillfully. Additionally he is issued with a regular carbine and two egg-grenades. 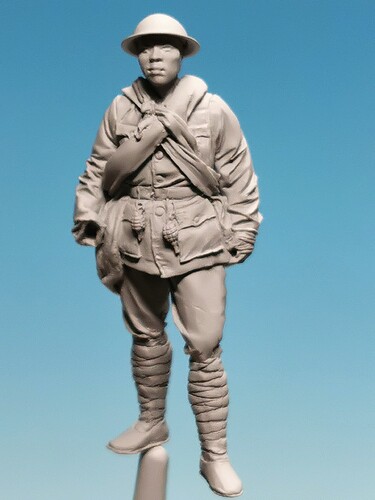 This figure represent an officer of the eastern army of Sichuan province. Originally this one holds an opium pipe (?) in his right arm but I found it better to give him binoculars instead for a better view 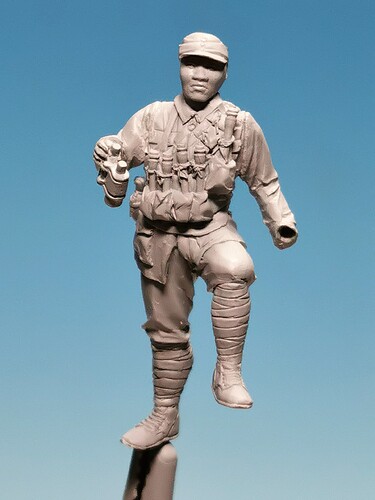 And these are the pictures of the finished vignettes 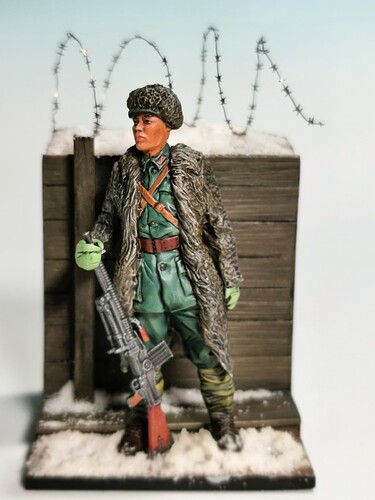 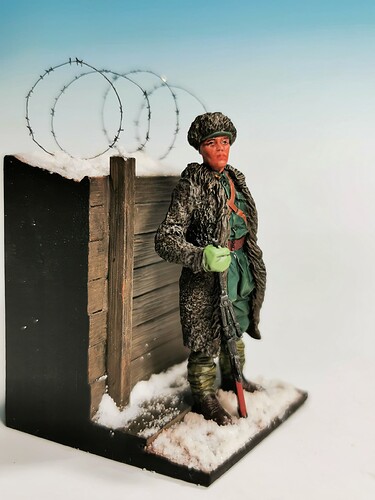 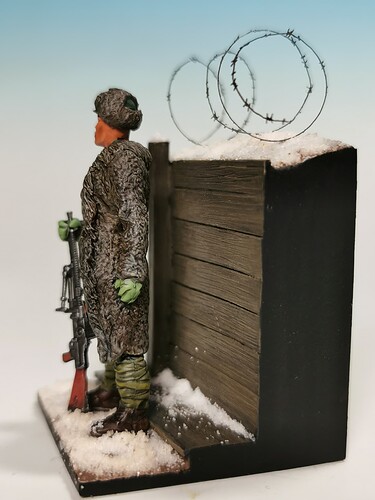 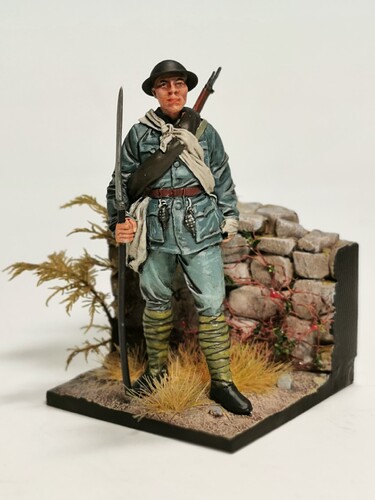 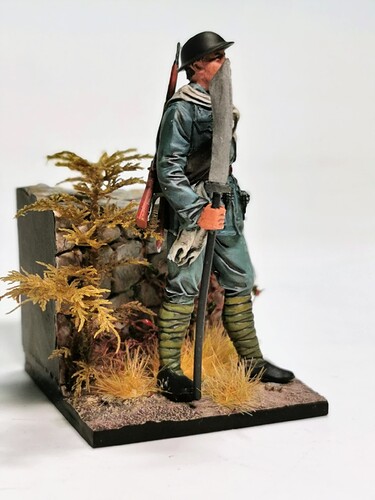 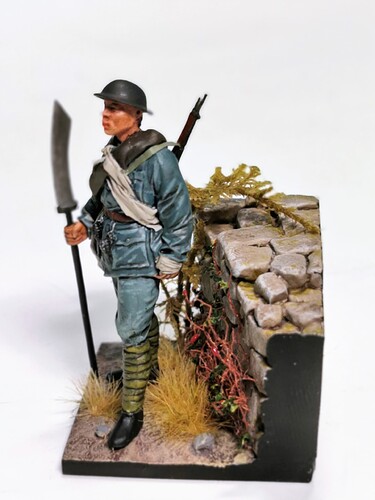 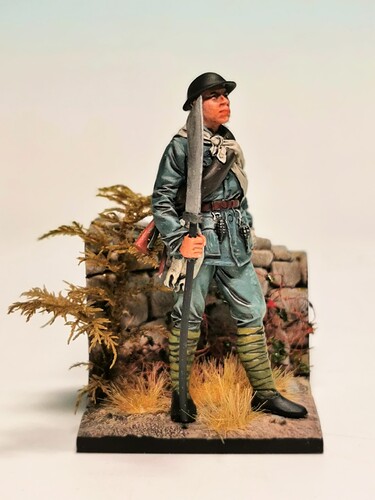 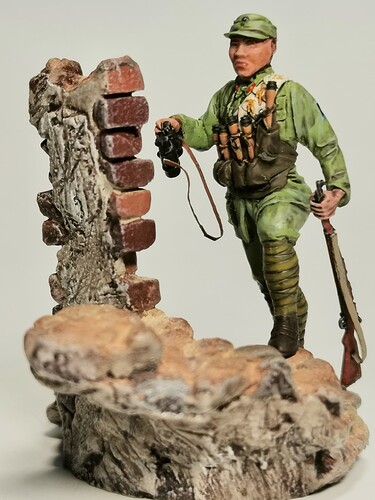 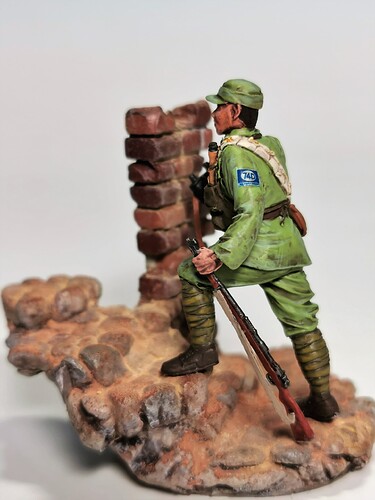 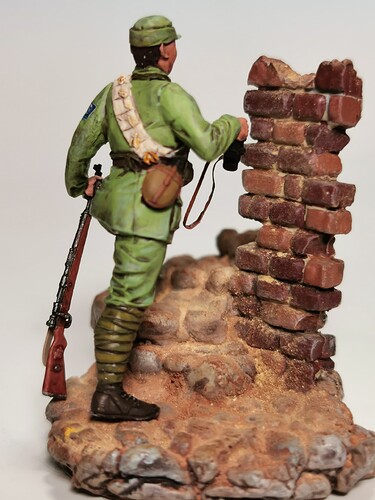 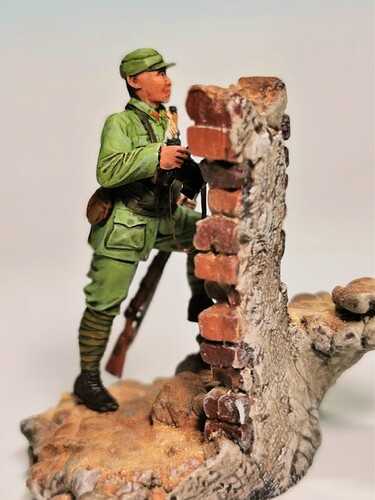 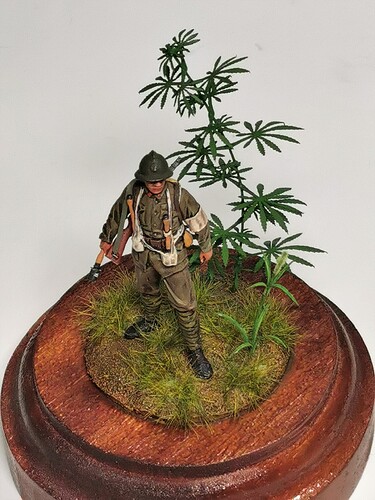 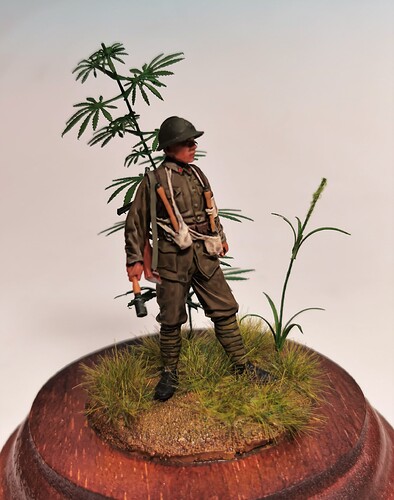 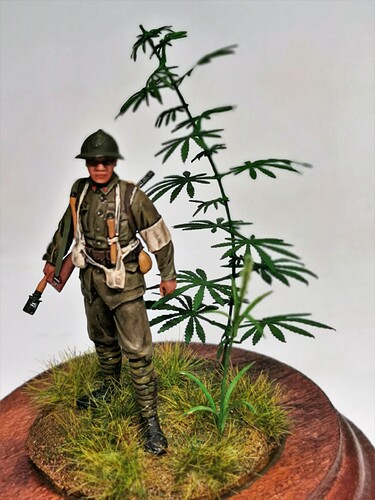 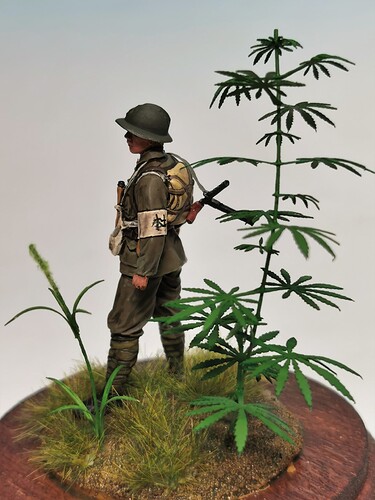 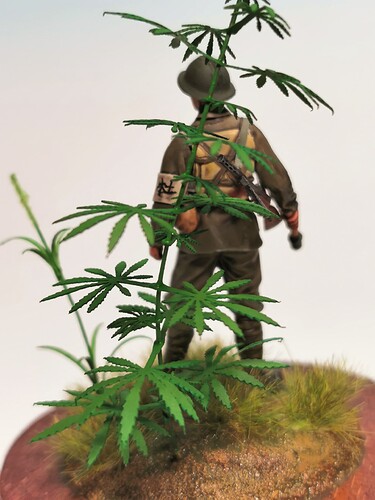 and one final pic all vignettes on their pedestals 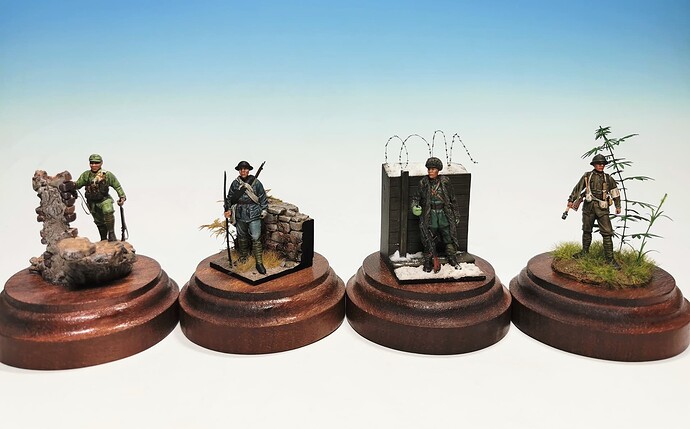 Thats a very interesting set of figures you’ve got there Thomas. I don’t believe I’ve seen any of these subjects before. First class painting has really brought out the nice details and the mish-mash of uniforms and equipment is picked out so well in color. I like the little scenes you have created to place them in too- just right in terms of size.

Very unusual mix of figures but all of them superbly painted and finished. The little base scenes are top class as well and perfectly set them off.

Those are some very well painted figures there Thomas. Great job on them and a most interesting subject matter!