Zvezda, How Good Or Bad?

Not even a knocked-out T-34/85 from the Korean War? One of my books quotes General MacArthur as saying, “Considering that they’re Russian, that’s the way I like to see them!”

One of the old ones would certainly make a good guinea pig to try that out on!

I’ve been building their older tank dog soldier figure kit, and though the kit is presumably older the figure kit is the best I’ve ever worked on!

But at least some of the older kits must have been good. Anyone familiar with their BTR-70? I’d rather buy their kits than Trumpeter’s anytime.

The BTR-70 is one of their kits that is reboxed DML.

There is one difference between the DML kit and Zvezda. The Zvezda kit comes with better tires that won’t break and split shortly after they are placed on the wheel rims. Zvezda uses a vinyl as opposed to Dragon’s soft rubber tires.

In other words it sucks?

It’s not a terrible kit. A little extra effort makes it presentable. 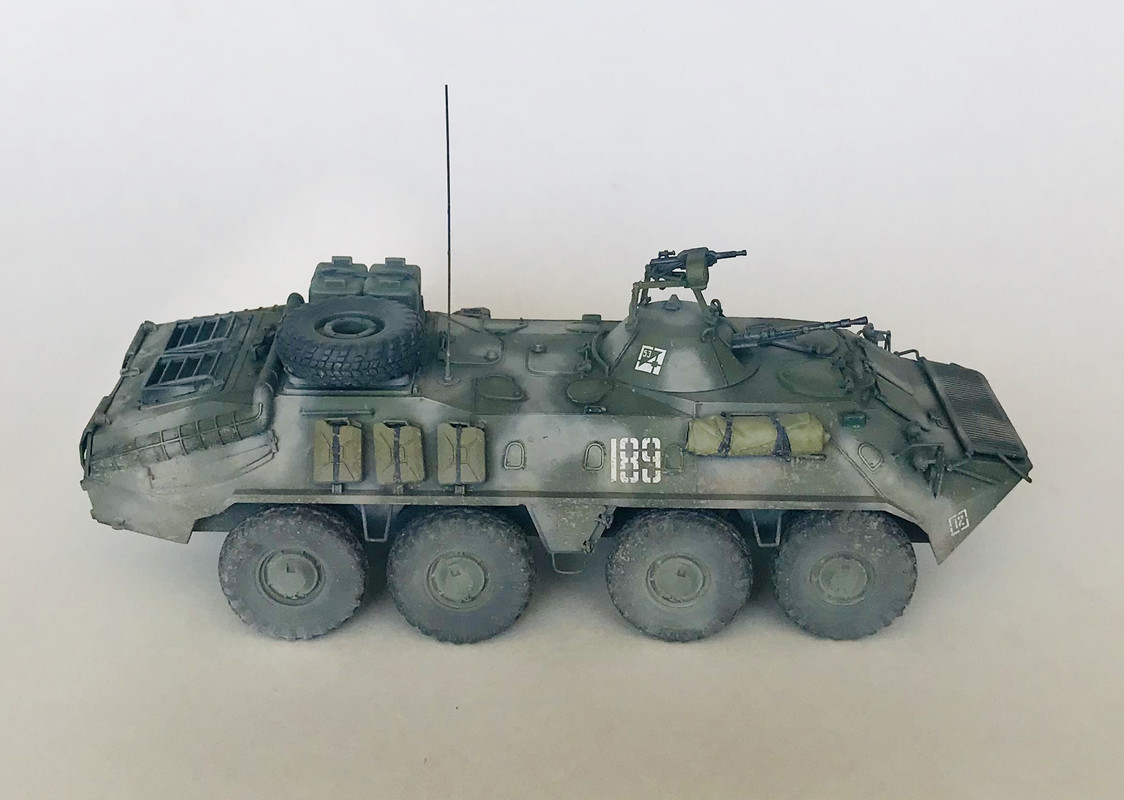 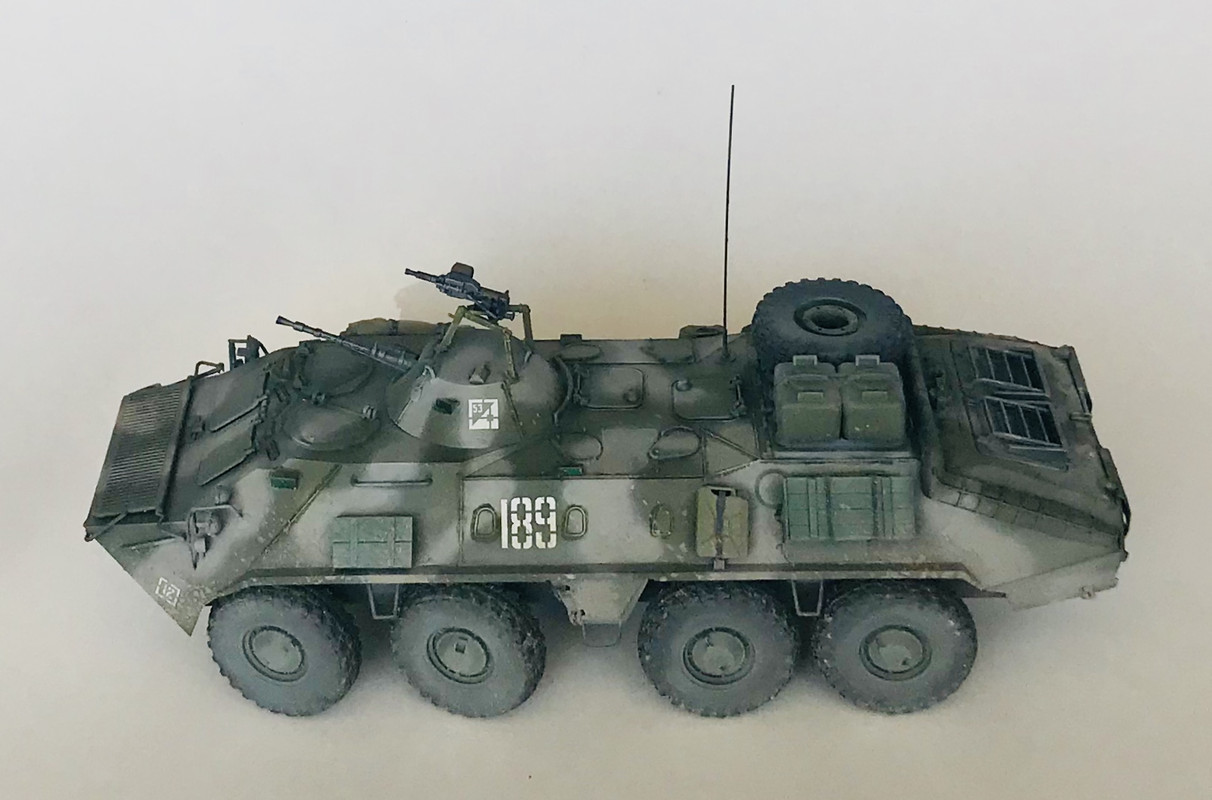 Their release of the Afghanistan version. I did add some stowage

Hey, that’s nice . Are the tires just molded in the different material or are they newly tooled ?

Another example; Zvezda makes a 1/35 3.7 cm. PAK 36, with crew in 2-piece winter parkas. Both gun and figures are much better than Dragon’s earlier release. Although the figures are well animated and with very good facial features, I find the 2-piece snow suit a little late for use with the 3.7 cm gun - just a personal preference, but I would rather they were wearing greatcoats to be compatible with several figure sets from Zvezda, Tamiya, Dragon, MB, and Miniart; not to mention the many resin figures available…all braving their first Russian winter.

Are the tires just molded in the different material or are they newly tooled ?

@Seanmcandrews, the Zvezda tires are a different material. Although in this case I ended up taking the kit tires to use on my Dragon BTR-80 because those tires had split shortly after installation on that build. I mean within a couple of weeks shortly. I used some resin AM tires on this BTR, but only because I had canabalized the kit tires. Which have now been on my Dragon BTR-80 for a few years with no splitting, melting, or other ill effects.

Ah, Ok. I thought they didn’t look like the kit wheels.