This was sent to my by echelon… I’m kinda in shock!

There must be a genuine reason that was done, because as @HeavyArty said, I just cant believe they ran with that long term ? maybe a joke shoot ? or just a mock up camera call ?

With the markings being so clean, it almost looks like photoshopped.

It must be. I cannot see any sane Unit Comd allowing that, or even Veh Comd having that painted on his wagon. What unit was it meant to be from ?

Maybe Frenchy can come up with an image of the same vehicle without the markings….the markings do look very clean like they were photo shopped.

There was speculation that this was photoshopped as well:

Not everything we can’t immediately explain is the result of Photoshop.
If it weren’t for the background, which is admittedly not very clear, I’d be inclined to think it was for use in a film, a la Rat Patrol, only not quite as hokey.

What unit was it meant to be from ?

1/221 Armoured Cav, which seems to be a National Guard unit attached/affiliated with the 11th Cav

I don’t think it’s photo shopped… look how clean the vehicle is…. Not even dust on The tires! It’s cleaner than my car!

Anyways back to the build. Does anybody know what these 2 objects are? They are not in any pictures i can find! 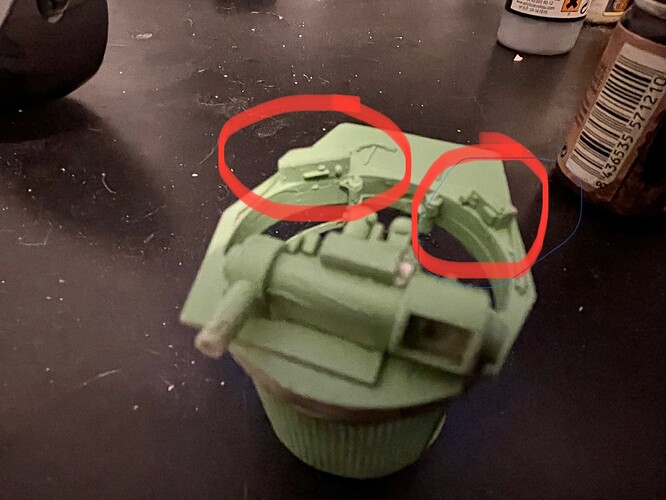 Thanks for all the positive criticism! I had to do some scratch building and a fixing don’ some mold deformities. This is gonna be the last update for a little while until i get a few things i ordered in the mail. Here are the updates 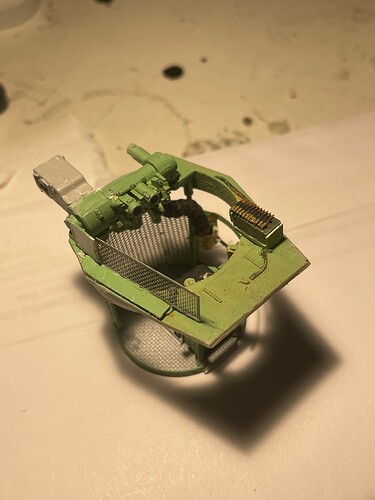 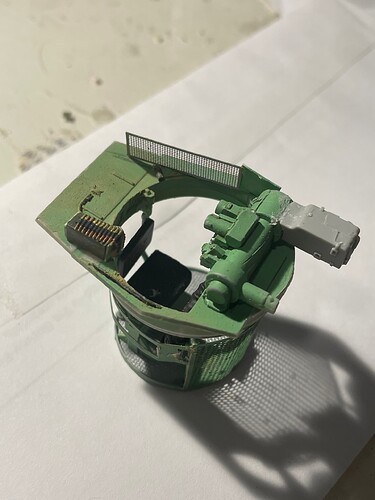 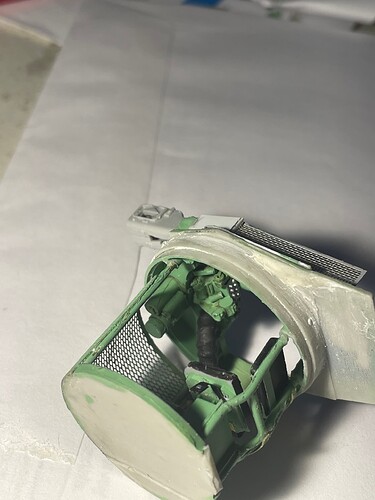 Sorry for the long time interval but this turret broke about 3 times! Its so fragile but it’s finally done! 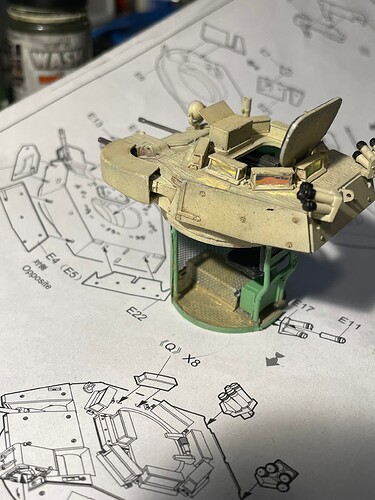 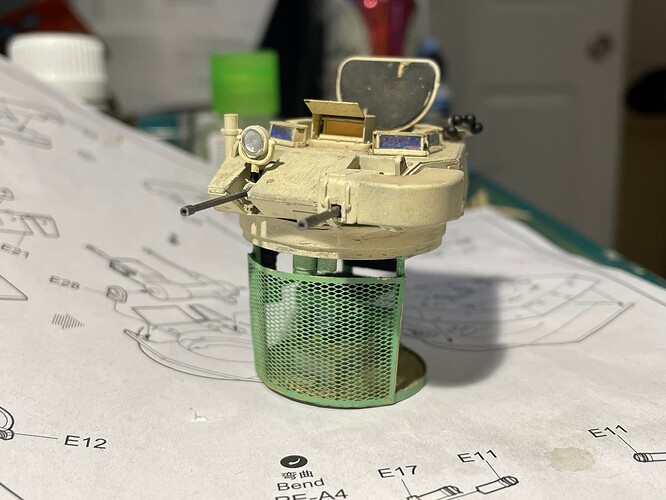 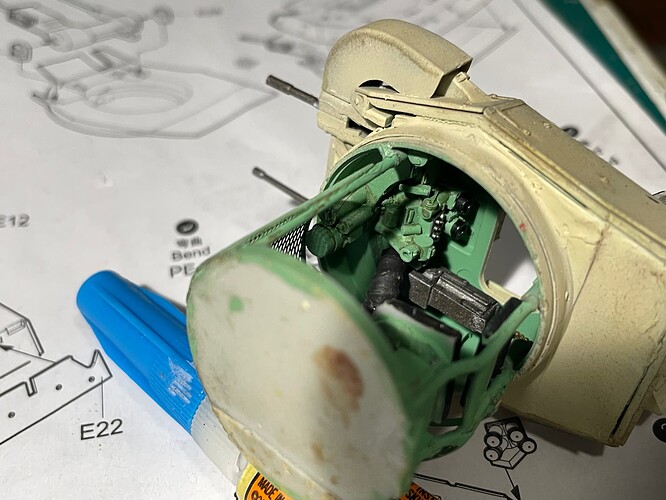 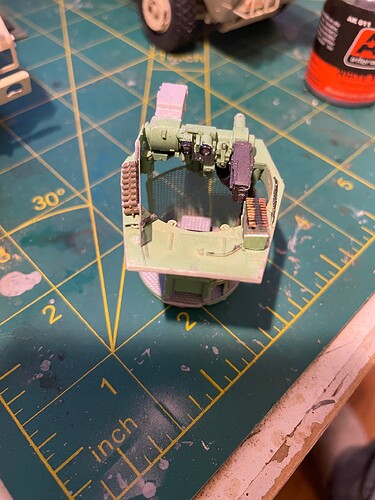 Painting periscopes was a complete experiment… i tried color changing paints, painting different colors of the inside of the glass to try to make some kind of rainbow effect but nothing worked… so i found a anti reflecting sheet and cut out rectangles and just stuck them on the glass… problem with these is they are very bright and almost look like leds… my other option was to paint it glossy red but i don’t know yet

The turret really came out nicely. The finish/weathering looks great.

For modern, anti-laser coated optics, I first paint them black, next a couple coats of clear red, and a couple coats of gloss. This gives them just enough color that they don’t look like the bright leds. It also changes colors slightly from different angles, just like the real thing.

Thanks a lot Gino! And thanks for the tip i will definitely be trying that on my next build!

Wanna give anybody that’s following this post is that this is finally finished! Im trying to figure out how to take decent pictures of this thing! Here are some photos that kinda suck haha 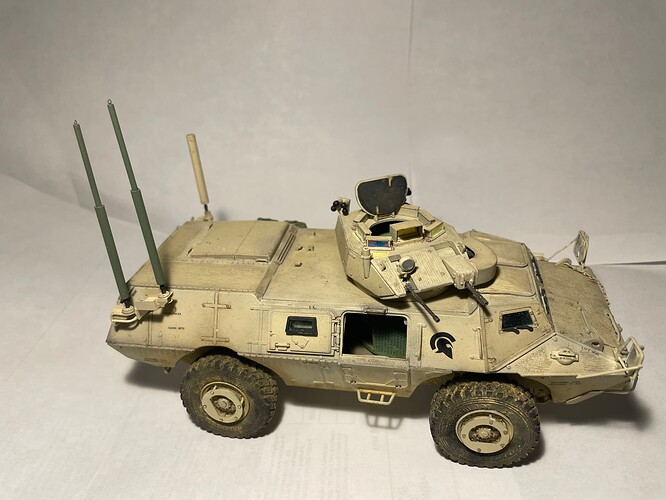 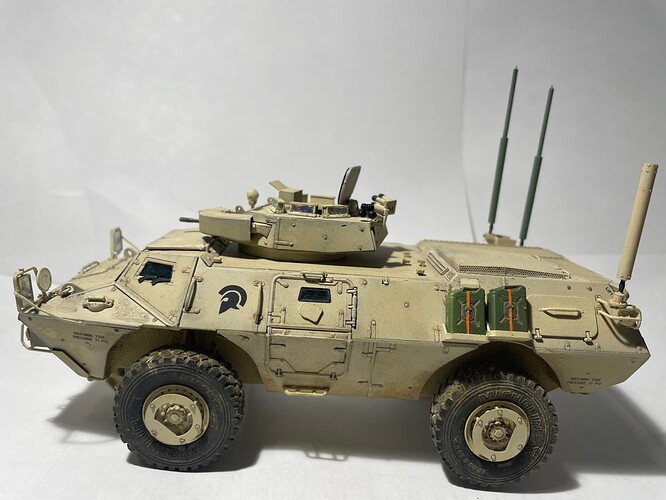 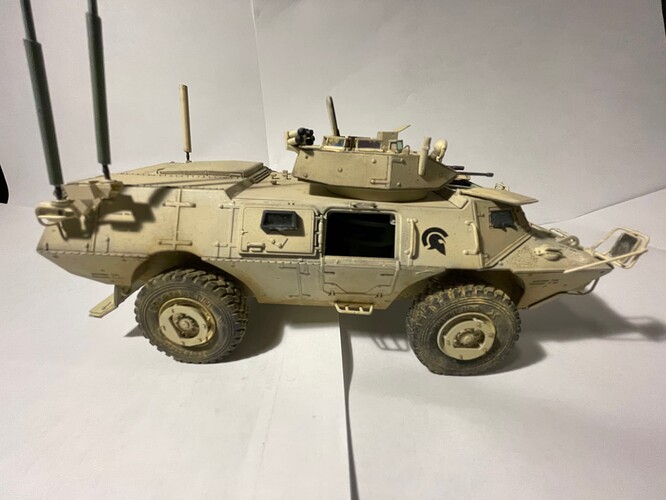 Your model looks great to me. I was stuffed into one of them for a few patrols. It was a most comfortable ride and easy to drive. Most of the guys liked it for the exceptional air conditioning system. I didn’t think much of the turret layout for fighting.

If it is of interest to you, just about all of the ASV’s had yellow, green or orange back boards mounted on the right side, aft of the door.