Sure, us military types bring home whatever we want, you just throw it in your backpack. Of course it’s legal, this is America! 2nd Amendment and all that.
No, just kidding. You can buy rounds at surplus stores, but they are clearly marked “inert”.

Been there done that! I understand that they even have sleeping areas at the ranges now!

when I was indentured into enslavement by the U.S. Government; they went so far as to count the expended brass on rifle ranges. Yet my second Sargent Major (an appointment from God) had two 90mm tank rounds at his front door. I’ll just assume they were inert, cause I never wanted to enter that hooch!

It would have been easy to sorta smuggle something back into the world (I never tried). All they were looking for (so it seemed) was dope. They never searched your physical body, but they loved tearing apart your baggage. Well maybe every fifth bag. Why in all the hell does a guy need a 90mm or even a 120mm tank round in his stash? All that’s gonna do is get you a fast trip to Leavenworth or even worse! I hear B.S. stories about this guy and that guy bringing home an AK47, and it makes me smile! I know exactly how to do it, but I’m also smarter than that. And trust me I had the AK47 to die for in my hands.
gary

Cabling and camo look great ! Most of my items have come from military vehicle swap meets and army navy stores along with some mail order. I’m about an hour north of Aberdeen Proving Grounds and there is a MVPA swap meet held yearly in the area that used to be on base prior to 9/11. That’s where I’ve picked up most of my TMs as well as the APDS projectile, Bradley seat, and Abrams loaders mg cradle.

My umbrella stand – a 130mm shell case as used by the Omani Army when I was on Loan Service (a scheme whereby the British Army loans personnel to foreign forces) in the mid-80s. Sadly, unpolished, but it is a lot of shell. 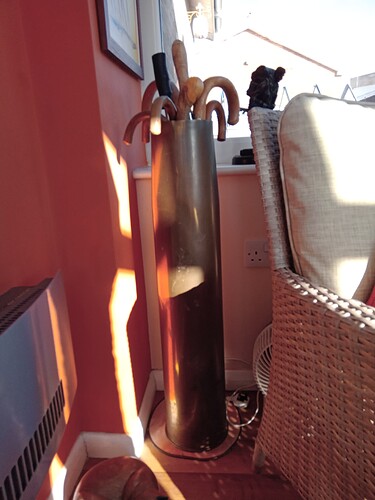 It came back to the UK trouble-free courtesy of whatever civilian freight agency was used at the end of my tour – ie the military were not involved. No documentation such as a free from explosives certificate etc required, which was refreshing.

Nothing to do with the excellent M1A1 of course(!)

During my first tour in (West) Germany, I acquired a brass 105mm shell casing. The Army shipped it home for me, as part of my household goods. All I had to do was remove the primer. I put the primer in my duffel bag, and when everything got delivered to me, about two months later, I just screwed the primer back into the casing, good as new!
Ken

In my experience, a lot of the stuff I’ve accumulated over the years came from guys like yourselves, who were retired military who just got tired of moving it around.

I live in a neighborhood that’s constantly changing as military families come and go. 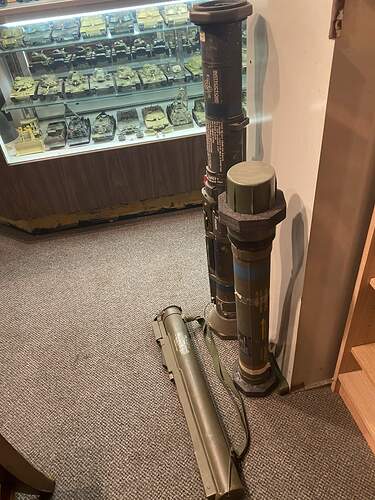 Never did get an AT-4, whenever I saw one it was more than I was willing to pay. 2 out of 3 ain’t bad though 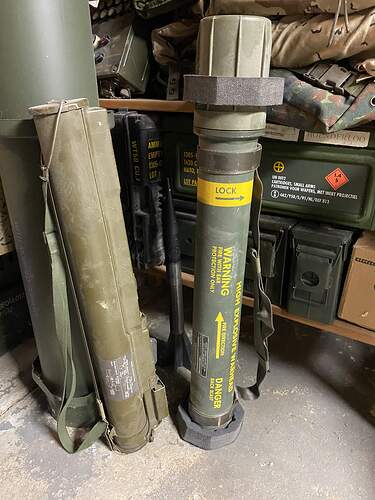 Nice LAW. I have two different ones, I believe the M72 and the M72A1. No rocket though.
Ken

if you need some rockets for those LAWs…

Oooh! Those are nice, but still a bit pricy to me, considering I got the tubes for free. I got a really nice deal on a dummy RPG-7 round out of Russia a few years back, before all this current crap (covid, war, etc.) happened.
Ken

He also sells the same rocket unpainted if you want to tackle it yourself.

BTW; I have a rocket tube as well, but it’s missing the end cap/shoulder strap thingy.

A vendor at the last east coast MVPA rally in Hagerstown was selling rocket replicas that were said to be exact in every detail, he was describing the lengths he went through to get the stamped stenciling correct.
Sounds like us modelers !

Was this stowage used in m1’s in Bosnia? 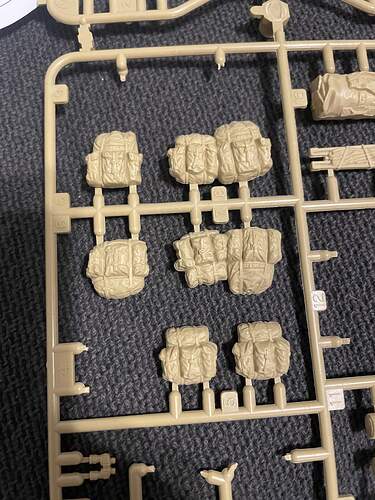 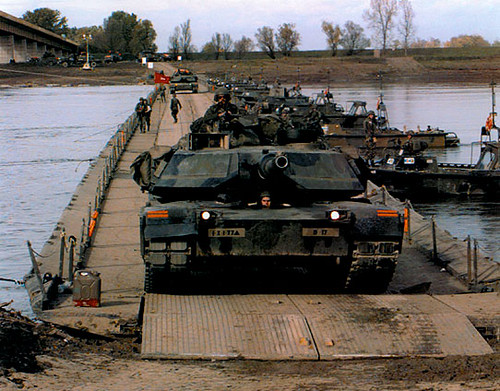 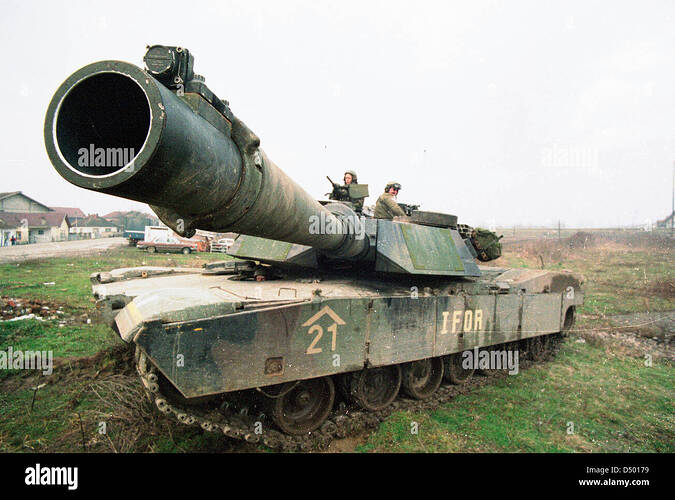 Yes on the ALICE ruck sacks. The duffle bag and cot peeking out in the right corner would be correct as well.

First one is from the 1-1 Cav; 1st Armored Division, crossing the Sava River into Bosnia-Herzegovina; 1995.

Third is unknown. Probably from thd 1st Armored as well. 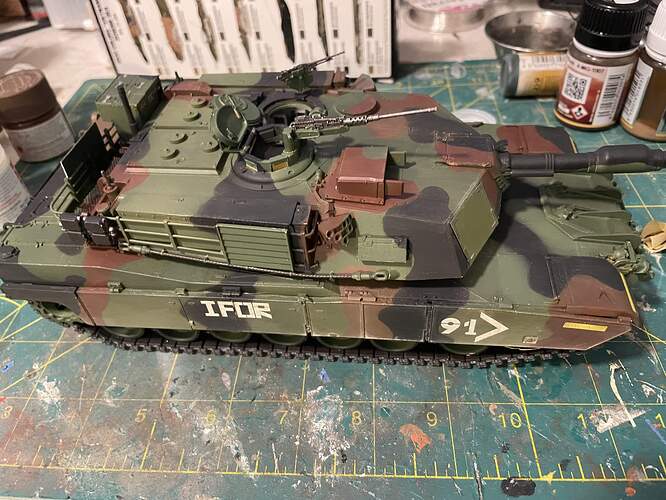 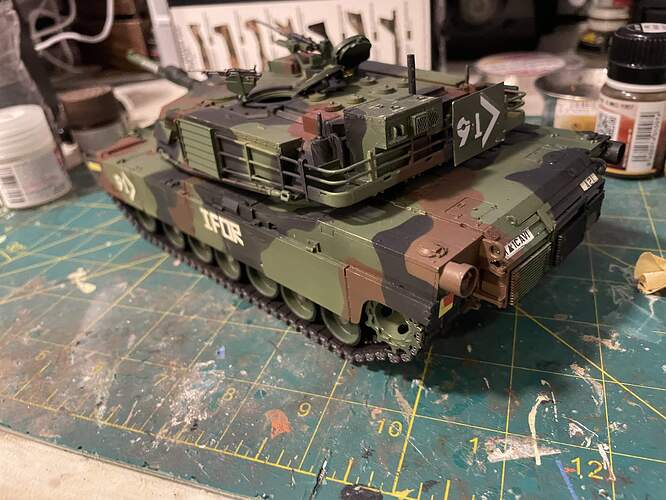 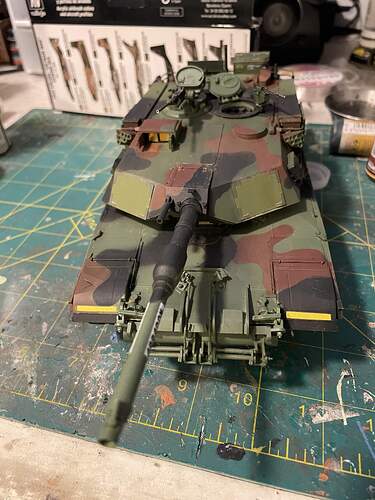 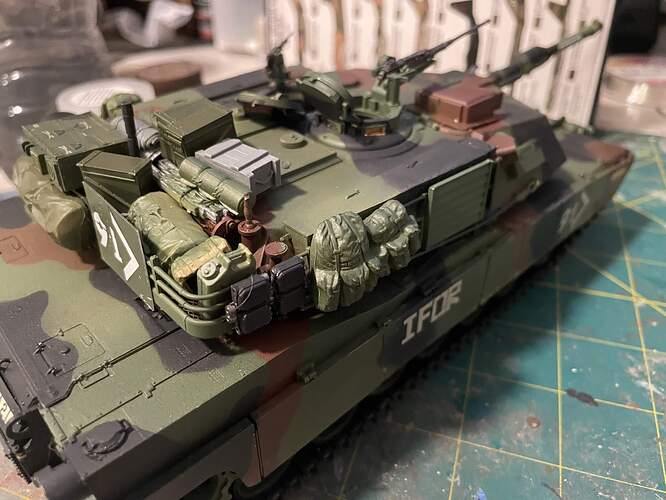 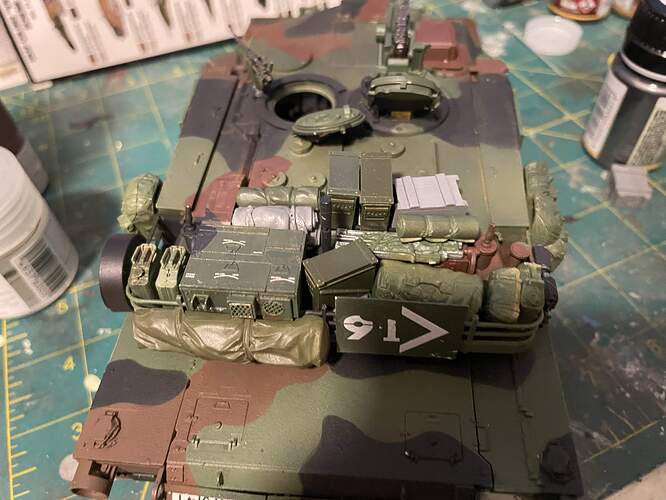 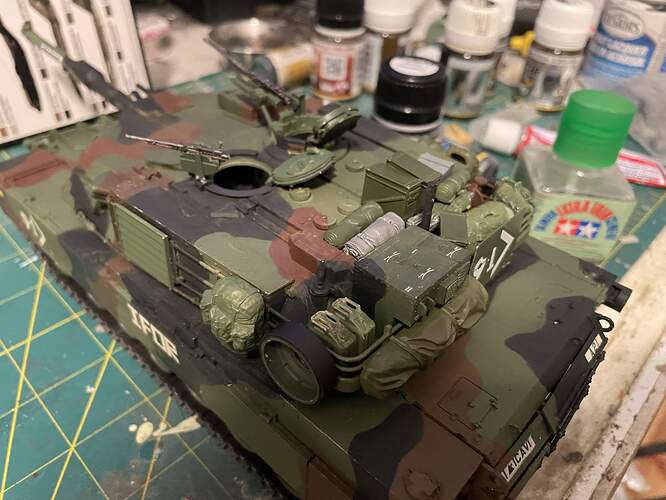