I am currently assembling the Tamiya 1/35 Sdkfz. 251/1, but am modifying it to be an Sdkfz. 251/8 (the ambulance variant photo for reference). I need to make the spars/arches that hold up the canvas roof and don’t quite know what material to use or how to attach them to the body of the vehicle (the below photograph). 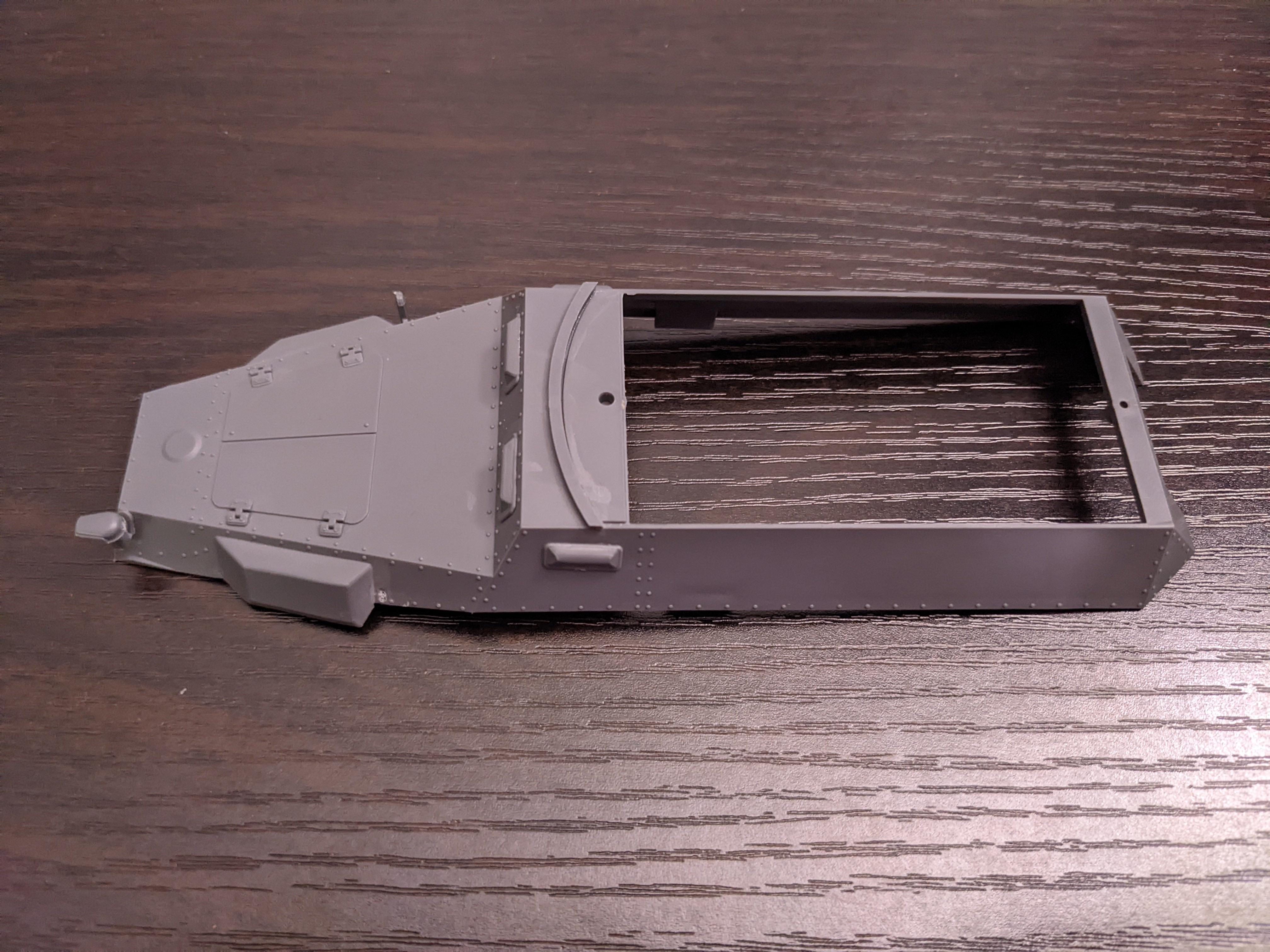 The materials I have at my disposal are:

How can I attach the spars to the walls? Which of the materials I have listed here would be best for the job, or is there something else that can commonly be found around the house that can be used? 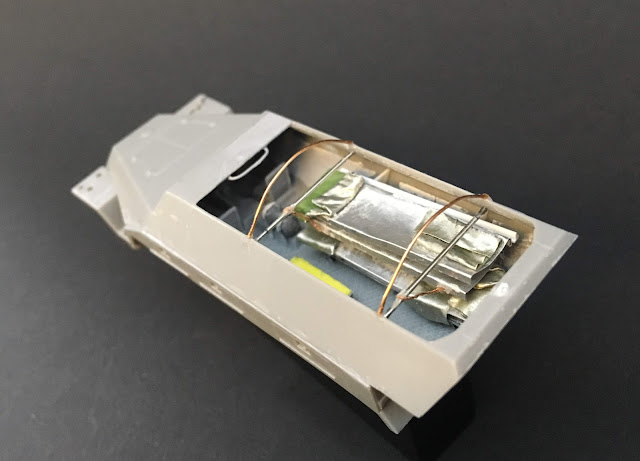 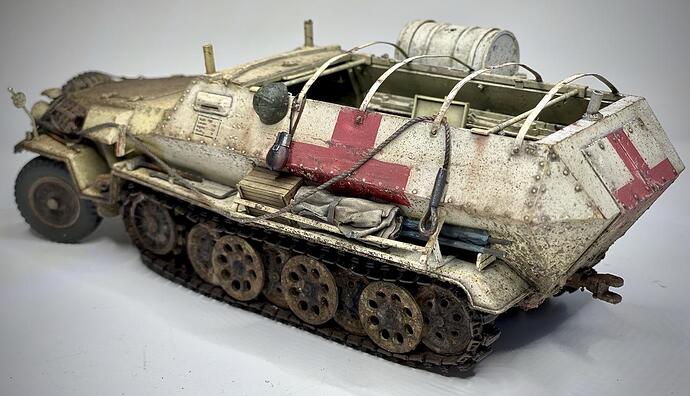 All web-links and images are for reference only.

If you’re looking to cover it with a canvas top, making the spars out of stretched sprue is a possibility. HTH.

Looks good, I guess I’ll try the wires twisted together, then. They should be pliable enough for the job but sturdy enough to support the roof. I appreciate the reference images! I think the one on Britmodeller is closer to the real thing.

The ones that come with the 1/35th DML or AFV Club 3-in-1 kits are flat brass strip, like the ones in the picture of the white 251/8. So you could make them from offcuts from the PE “sprue” in an old kit if you’ve kept them in the spares box…

I ended up going with the method in the second photo, the white 251/8. 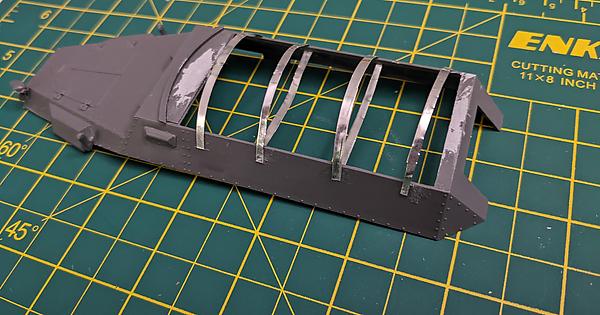 I used the thin metal sheet that I mentioned earlier.

The real spars would have been either flat spring steel or wood lathes. There would be rectangular “pole pockets” attached to the top edges of the body walls either inside or outside the body. (Probably inside)
Either material would have the advantage of becoming flat and straight when not in use and therefore be more easily stored inside the vehicle body.
I would look for a broken clock spring or the spring out of an old wind up toy to create these spars (ribs).

The edges off PE sheets is a good idea however the PE metal has been fully annealed and is therefore soft and would offer no spring support. Small arched strips of Evergreen plastic would end up being more supportive and resilient than the PE.

The metal that I used is somewhat resistive to bending, but not much. It really only gave me problems when tryong to glue it onto the model, as it would somewhat spring back to the initial curve I gave it. The information you provided is very interesting, though, as it does make sense, both logically and in accordance with photographs.

I think they’ll look part with some canvas over top. Keep the updates coming with this one!

After having gone up by one trust level, I seem to have lost the ability to edit this post. Thus I will most likely create a new thread to record/share the progress of the model starting from the last update.

Rouge ~ It doesn’t have anything to do with your “trust level”. According to Jim S. the new OS limits your ability to edit your posts after a certain amount of time has past. Currently Jim has that value set at 30 days.

I don’t understand the “why” of this as the old system allowed you to edit your own posts FOREVER.
(I fairly much constantly review, correct and update my old posts so this new “feature” does not sit all that well with me.)

The new OS is provided by a popular service called Discourse and not all factors are as controllable by the WebMaster as they used to be.

Oh, alright. I made a new topic centered more around the whole build, rather than the spars. I guess it was just a coincidence that I noticed the locked editing after leveling up. The editing was locked after only a few days here though. Here is the new topic if you are interested: