I’m currently building Dragons T-80 W/ERA armor kit NO 3505. Here’s some WIP pictures, it’s not a horrible kit but it seems like the directions aren’t really as clear as they should be and at times get confusing. 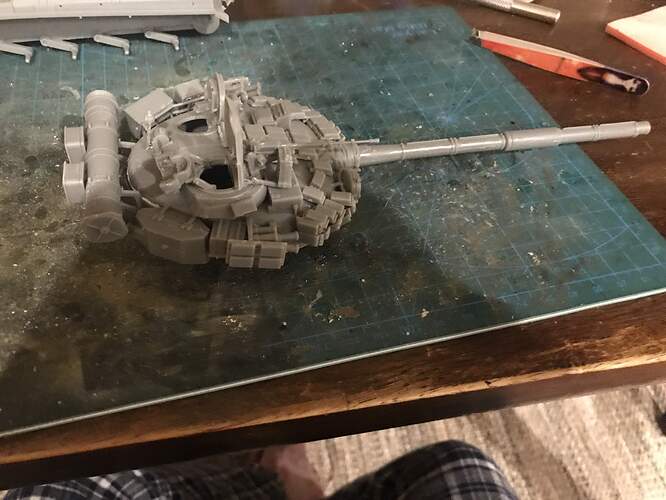 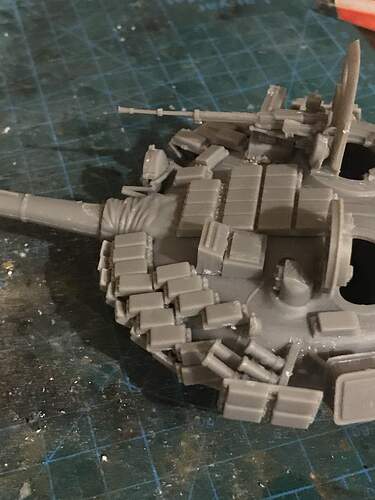 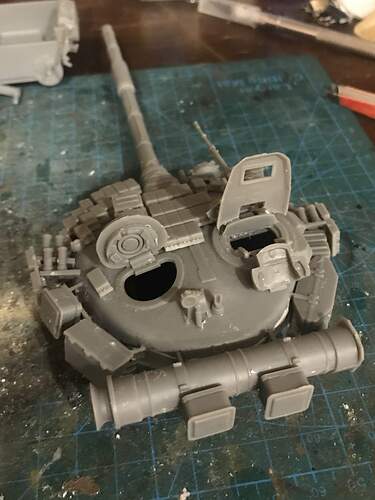 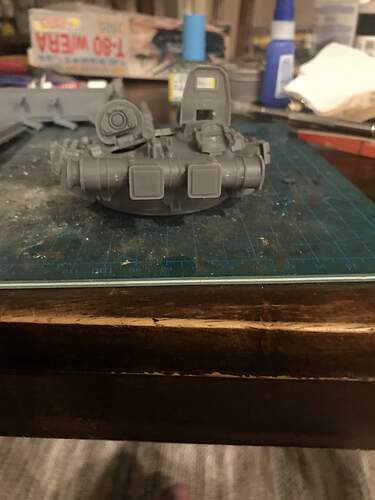 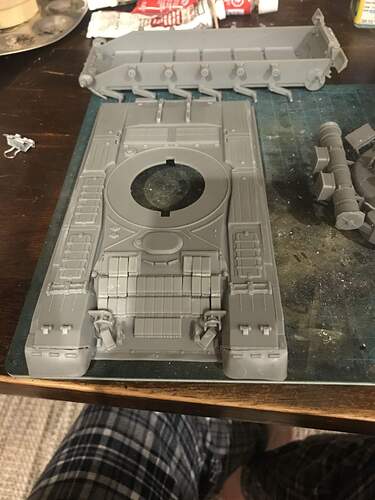 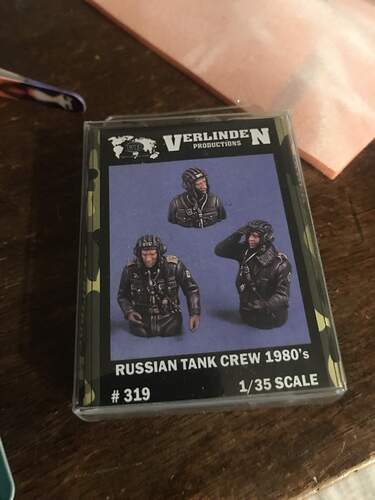 @Panzer_modeler my only complaint was that the instructions called for one part to be used but then another diagram showed other parts. But besides that and the turret being a poor fit I’ve had a good time with it .

The ultra bogeyman of my youth!

@Stikpusher ugh oh why was it the boogeyman

Because in training, we were told that the T-72 would likely shrug off hits from our then standard 105mm tank guns and TOW rounds. The T-80 was reputed to be even more well protected in threat briefings. Hence it was a bogeyman to us.

@Stikpusher that’s right you were infantry right or was it armor? I think I’ve talked to you on finescale my name there is tankluvr. My dad told me about how when he was in they got to crawl around Russian equipment that the Israelis had captured. Always talked about the fighting positions near fulda

Yes, we’ve spoken on FSM. Nice to finally see some of your work. I was Infantry, a TOW gunner for a few years. I’ve seen Soviet and Chinese stuff that we got our hands on one way or another. Captured in the Mid East or Vietnam, or obtained after the fall of the Iron Curtain.

@Stikpusher I’m an infantry officer currently, we haven’t gotten our hands on anything new but there are some captured vehicles on base that you can see. It’s been a long time since we’ve last talked, hope all is well

Congrats to you Gregory on becoming an officer. And you went into combat arms and infantry. During a time of war no less. Outstanding! My hat is off to you. Where are you stationed and what unit are you with?

I’m at JBLM in an SBCT with 1st brigade. I’ve had quite a time here no deployments but i did get to do some training rotations in Louisiana and California, those were fun. Now I’m transitioning to another job at benning before I move over to my home branch.

Ah yes, JRTC and NTC. All you need is a CMTC rotation thru Hohenfels now…

All three have their own suck factor.

Have you built any Strykers yet?

Gregory, these fairly ancient Dragon kits have a lot of charm - or at least to me. They’ve been supplanted really by Trumpeter’s efforts and can involve a fair bit of work to bring up to spec, but I always enjoy doing that anyway. I have their plain vanilla T-80 and around half a dozen of their T-72s; I’ll probably tackle most just because I have them in my stash. Just one thing and it’s probably too late for your build but I find the main armament way too large for the 125mm gun it’s meant to portray. I’ve replaced most of mine with an Accurate Armour version; I mention this for what it’s worth not to rain on your parade as I’m sure you’ll do the build justice.

'Look forward to the progress.

Yup I remember that lol

True they all sucked !

@BootsDMS I’m still getting good at just building up kits. I haven’t truly developed my building yet and expanded on add ins. I always appreciate the kits that’s guys can take and make beautiful, such as the skif kits and eastern express and just sit there bring them up to snuff. I’m getting better in my opinion at painting and weathering, so maybe in another year or so I’ll start really doing detail work. When you have time I’d love to see some of those builds.

@Stikpusher ahh yes I’ve built a Stryker, i may go back after my PCs and do a Stryker or two. Going to need to do a command variant because that’s what I’m running right now in the TAC and then I’ll do a 1126. I’ve also wanted to build the MGS and Dragoon strykers but those will come later.
@metalhead85 @Stikpusher those places all suck, it was funny taking strykers to jrtc because the unit we augmented thought we were tankers sent to drive them around, only to be disappointed when we drove past them and dropped our platoon off ahead of them. Unfortunately I’ll never get a Hohenfels rotation as a PL, but i will say my proudest moment was being one of three or so PLs to have a rotation at both Jrtc and Ntc in the span of six months.

Gregory, I’m quite happy to hear all this and what you’ve become as a soldier. I remember you as an inquisitive kid years ago on FSM. It’s great to see the path that you’ve chosen. Keep on building, sharing your work, and stay safe when you’re doing it for Uncle Sam.

@Stikpusher all those questions ended up paying off. Thanks again for all the help!

@metalhead85 yeah the humidity sucks there but it’s where i met my wife so it’s a win for us, I’ll suck it up it ain’t horirble

Yeah awesome for you. Keep us posted on ur progress on the T-80