This old kit of the SAS jeep from world war two by Tamiya has seen it’s time, but it can be brought up to date with some AM stuff for it. 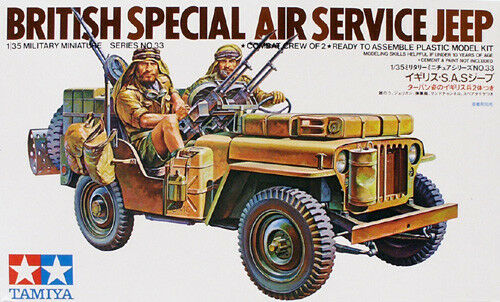 The basic kit has terrible crew, guns, jerrycans and stowage, so I wonder if I’d be better off making the new 1/35th scale Willys jeep MB, but the basic jeep is ok, with some PE to make it finer 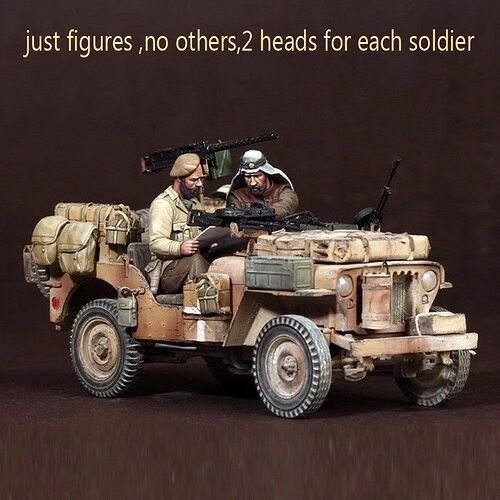 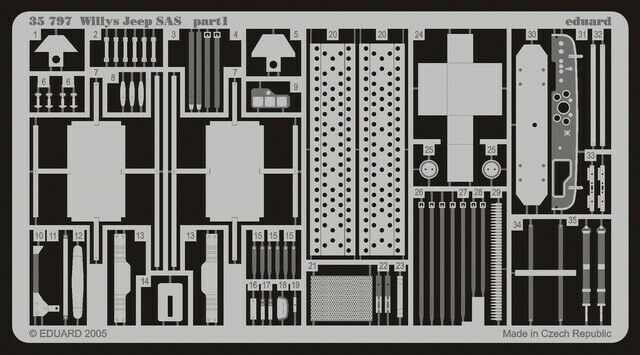 the jerrycans are all captured German ones from an early LRDG haul, that’s the story. 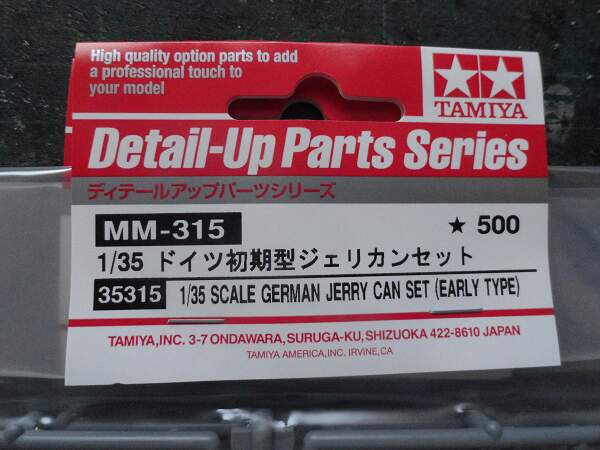 starting with the basic jeep tub and chassis. 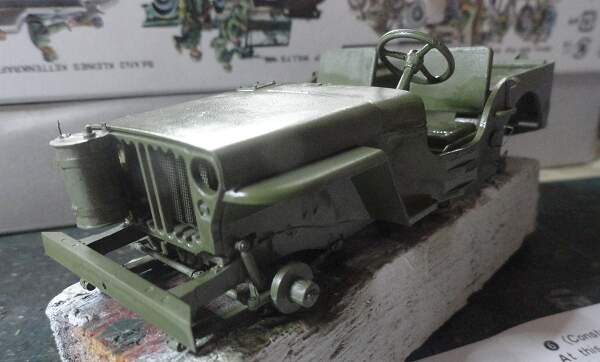 now you’re probably wondering, why has he painted it in OD, Didn’t the Desert jeeps get to be Desert yellow? 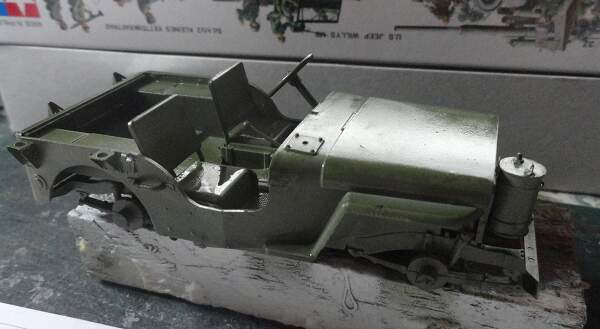 while that’s true, the jeeps left the factory (Detroit?) in a factory coat of protective Olive Green, they were overpainted in theatre, so I’m following that logic, as some of the yellow will be sand storm worn exposing the tough factory applied green underneath.

using the salt technique to cover the OG once it has dried off and hardened a bit. 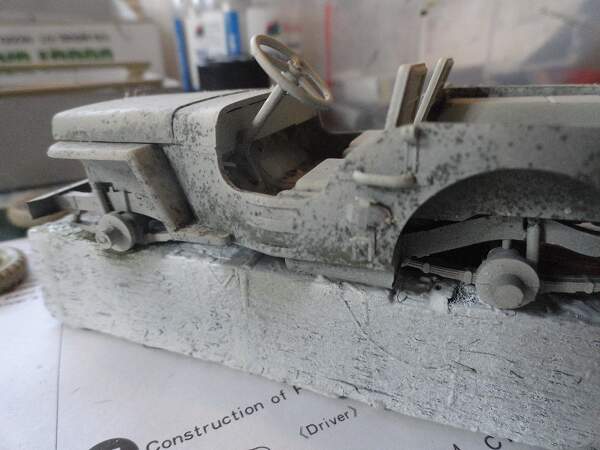 the condenser can was a field modification, developed pre war with such Desert pioneers as Vladimir Peniakoff. The can would save water that condenses and get reused in the cooling system of the jeep. The radiator was cut back to allow improved airflow, though some say it was actually a badge of honor. 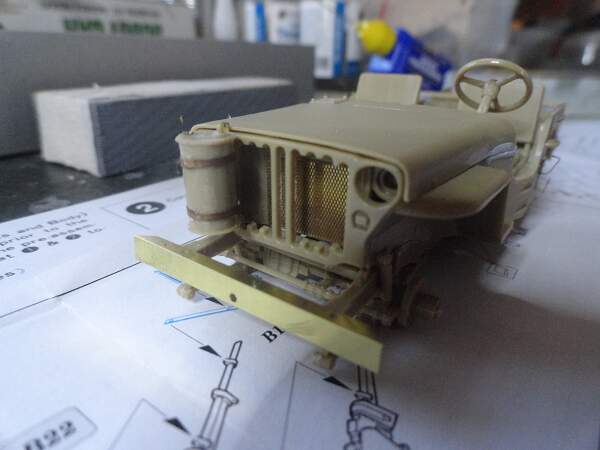 sorry, although these images tell the build story, they are slightly out of order. The Eduard Front Bumper is a real improvement on the over thick/solid kit part it replaces.

here is a comparison of the orrible 70’s kit crew and their modern replacements. 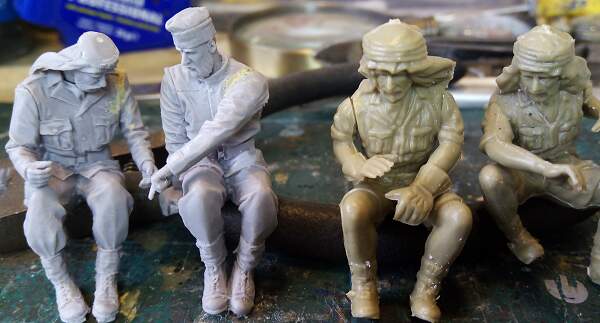 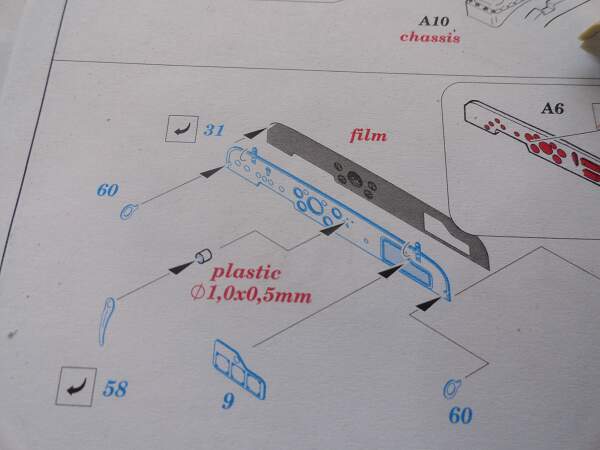 Eduard do some splendid dashboard replacement parts, it shows the original up to look very basic.

Good project, Is an excellent idea to change the crew, the old are very horrible.
I will Follow your job.
Regards, Omar

the dashboard is a major leap forward from that provided in the Tamiya kit. 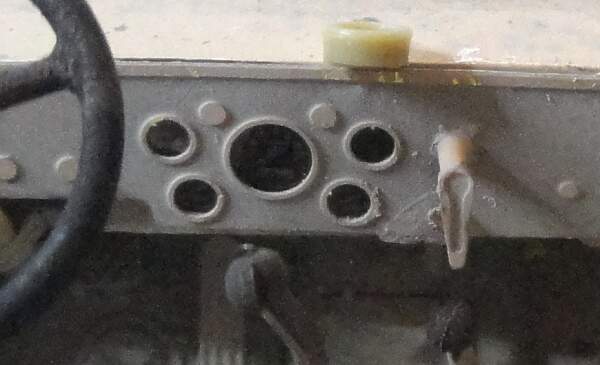 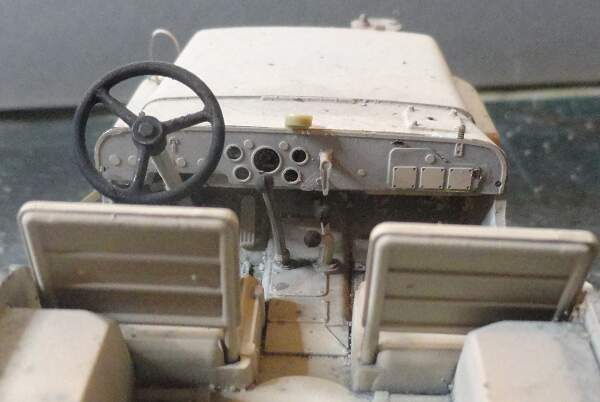 the jeep was modified to carry an extra fuel load to cope with the extreme distances covered in their raids. They would often re-plen from LRDG fuel and water dumps. Using Jerrycans of captured German as well as US origin. Every space was utilized to carry the can. Each can is made up of four parts 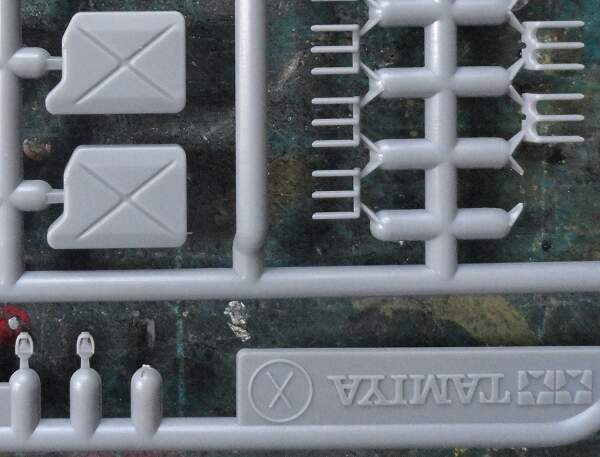 the Eduard set provides the racks that go above the rear wheel arch. 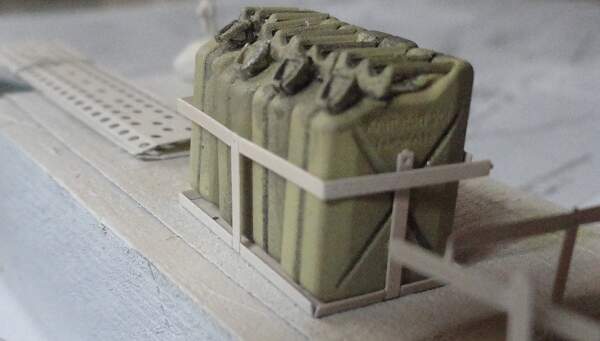 they found a new home, in the bin.

Cheers Omar, thanks for the encouraging comment, I’ll keep it up to date, hope you enjoy the build.

weapons in the kit vary in quality and accuracy in their shape. here’s a captured MP40. 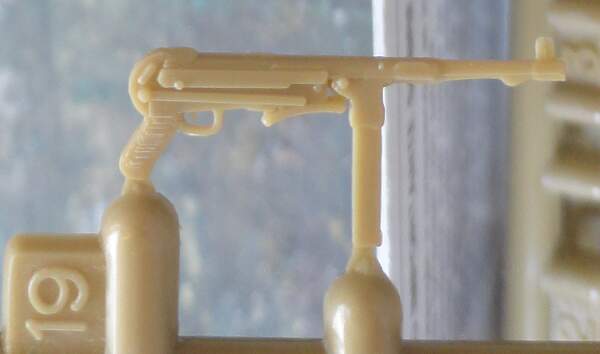 The mounted guns have seen their time, but there is no problem with that as I have a cunning plan.

the aircraft .50 is dreadful, but it’s going to be used, but it will be mostly hidden under a canvas dust cover. 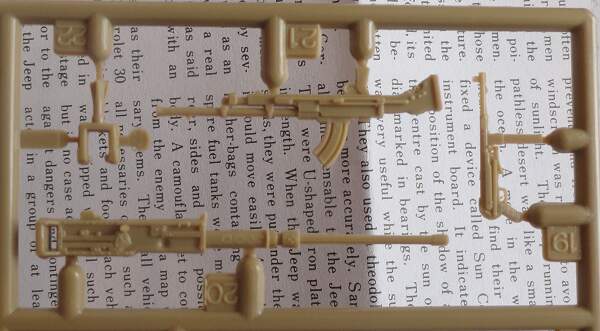 the same thing with the mounted Vickers k.

here’s a shot of the kit issued jerrycans that go on the bonnet, truly awful, typical 1970’s era modelling, these typify how far our Hobby has evolved, we are in the golden age of Model making. 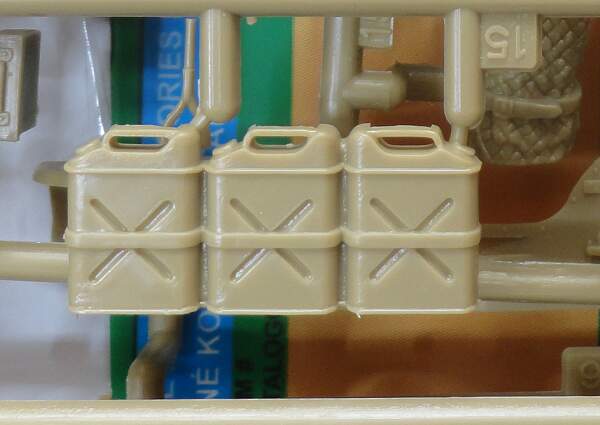 the German fuel cans make up into neat little units, I want them all to look unique. 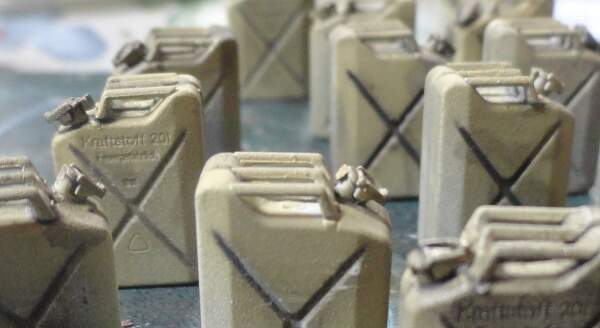 here’s a picture of a real one. 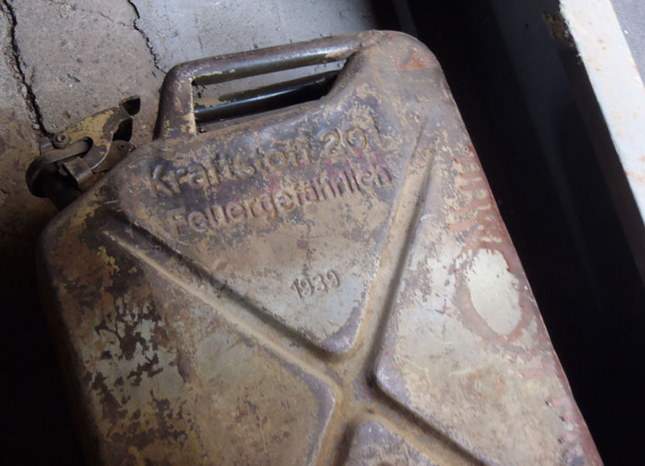 looking at the contemporary images taken of the jeeps and their crew, this close up shows the water jerrycan mounted on the side, a faded, chipped white painted cross denotes a water jerrycan.

on the model jerrycan, the same white line needs to go on there. 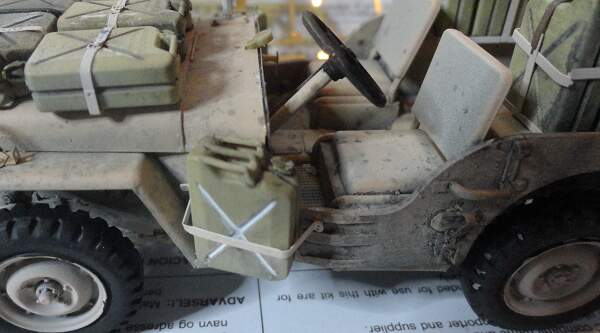 The bonnet mounted jerrycans with their PE straps holding them on. 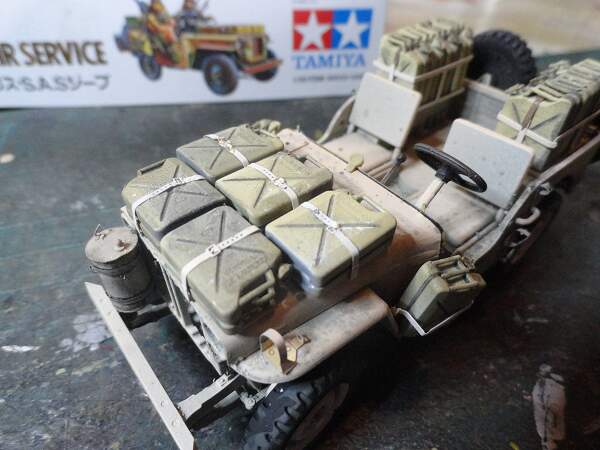 making a start on painting the crew figures

That’s fantastic work. A huge improvement on the base kit.

the model kit drum magazine box, needs cleaning up. The mold tooling on the original Tamiya kit is starting to break down, judging by this part, if plastic is squeezing between the mold halves, it’s time for the Big T to re tool one of their best sellers and retire the old tools, I guess as long as it keeps selling, they’ll keep making it, and we’ll keep buying. 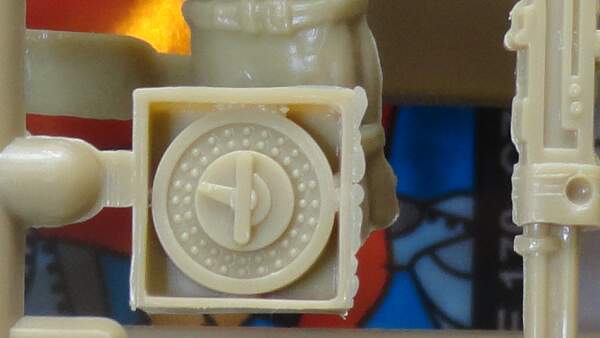