Anyone have a clear pic of the late style radio rack in this halftrack? Not the tubular version but the later angle iron version ?
I understand th basic rack didn’t change,just the radio configuration between the type I through the type VII.
TIA Gents,
J

Would that maybe be in the Panzer Tracks books?

No interior pics or drawings in the PzTracks book.
J

Ok, I’ll have to think where I’ve seen a pic of this style 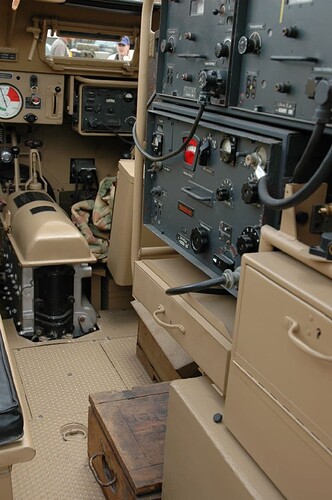 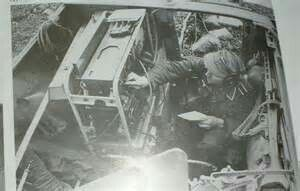 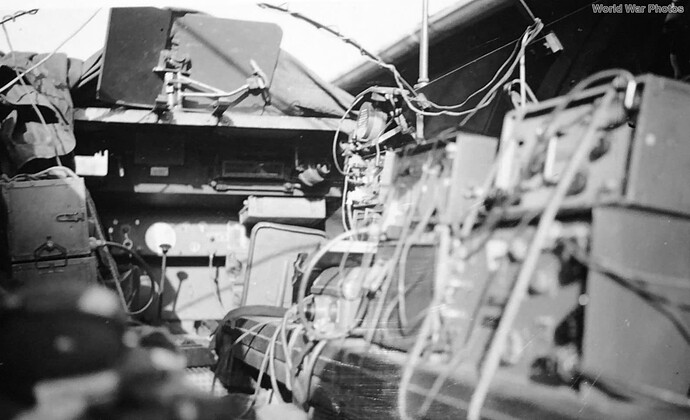 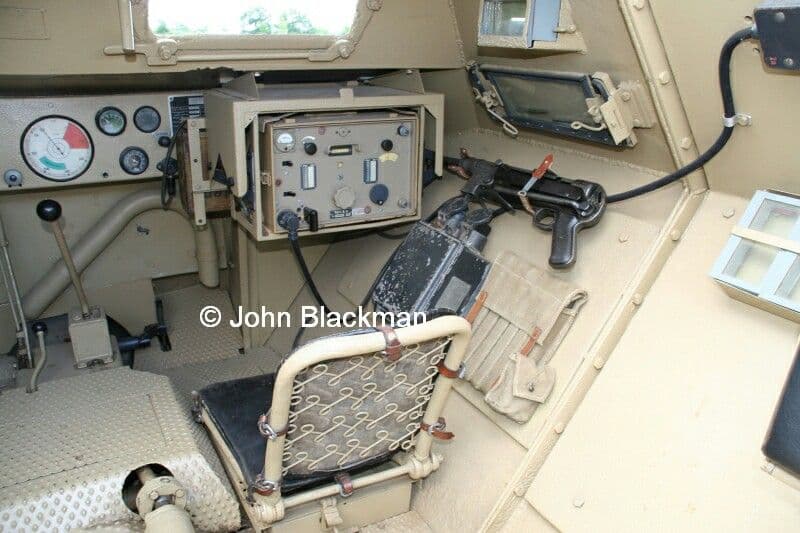 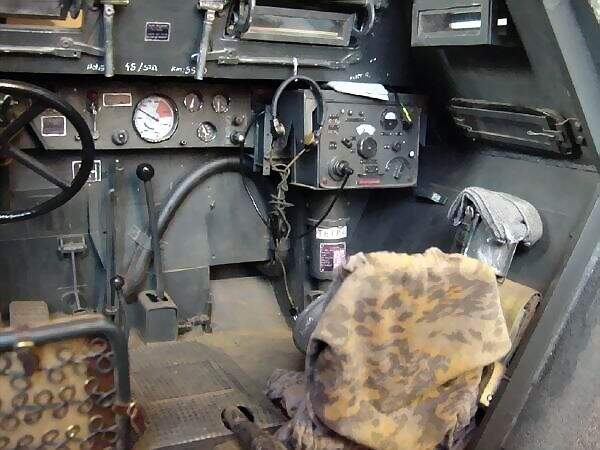 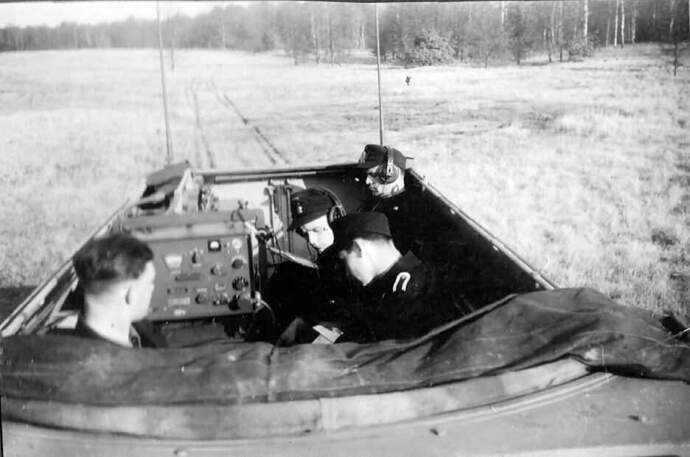 If they don’t help you, maybe they will help someone. There is not much out there.
Ken

Wikipedia lists five different variants of the 251/3, with different radio equipment. I do believe they would need different radio racks, though I can’t swear to it. So perhaps you should define the radios you want to install, and then you may find that frame in another context.

Yes, it is rather hard to find much on these beasts. I have found an article showing a late model frame dug out of a filled bomb crater near Hill112 in Normandy. It is the angle iron style frame from later in the war, apparently issued right around the May/June time frame but also apparently for a type 6 radio track. I had thought the 6’s were discontinued around 1943. So I was going for a type 3 and they have at least 7 sub variants, depending on the radio set up. The frames seem to be the same though for all the variants, with minor changes. I may end up using the earlier tube frame and whatever radios I can gather from what I have here already. Pretty sure I can meet the requirements of at least one version. Anyhow, thanks all, for helping out here.
J

Would the rack be similar to the cable laying rack of the 251/11 M FERNSPRECH PZ WG? 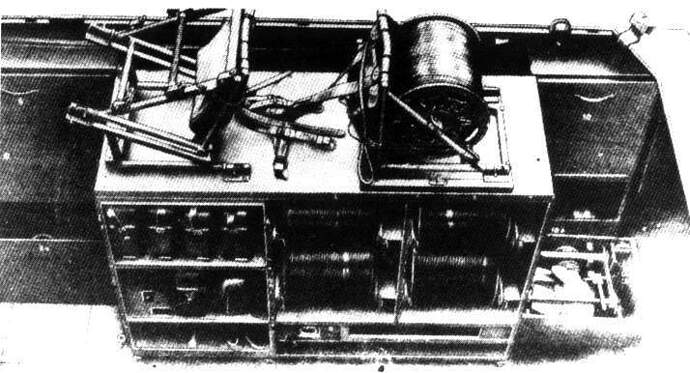 Check out this thread from Missing-Lynx: https://www.tapatalk.com/groups/missinglynx/sd-kfz-251-3-ausf-d-radios-for-pzgrd-company-stab--t332042.html.
Andrew Deeley and Ken Balzco provided some info on the later angle iron radio rack in their answers to my inquiry.

thanks for the pic but sadly no, completely different puppy.
J

There is a similar thread on Missing Links.

Someone there shared a pdf document that provides lots of details related to the later radio rack. Also, there’s an older book : “Sd Kfz 251 in Polish Museums” that contains pictures of the later 251/3 radio rack.

It’s in Russian but has useful information and pictures. You can use google translate to translate the text. 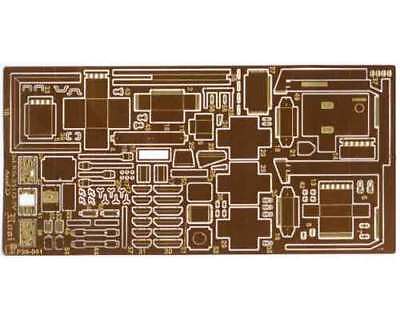 Find many great new & used options and get the best deals for Part P35-041 1/35 Sd.Kfz.251/3-IV Ausf.D ROSI (Tamiya) at the best online prices at eBay! Free shipping for many products!

This later frame is based on “Rosi” a Sd.Kfz.251/3-IV found in a Polish river. However as you said, the frame seems to be generic so it would at least give you a good start on your project. Figuring out the radio configuration and finding suitable radios in 1/35 scale is a separate issue. That’s the piece I’ve been working on.

I am still digging for intel but I thank all so far that have posted!! Excellent stuff guys! Glad to have it. Also, for general knowledge I have found a great resource I visit often called www.laud.no. It has great full color pics of all the major German WWII players in the radio world.
As far as the telephone track goes. I have climbed that particular mountain years ago and am currently rebuilding the project. 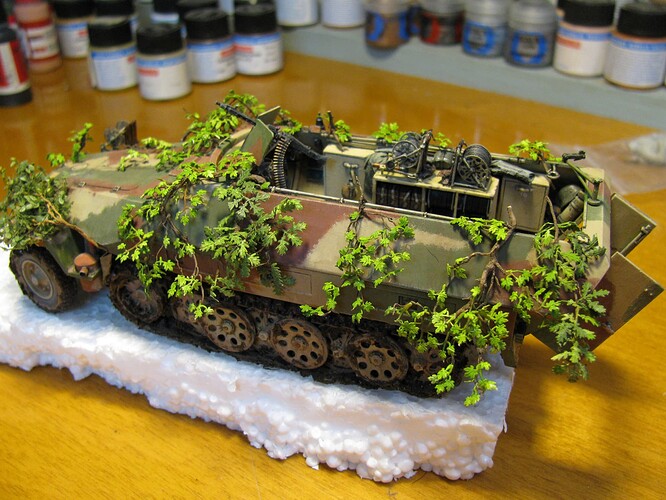 OK I figure I might as well turn this into a mini build log since we made a good start with all the excellent intel/linkies, etc.

I began with a nice reasonably priced AFV kit of the 251/1. 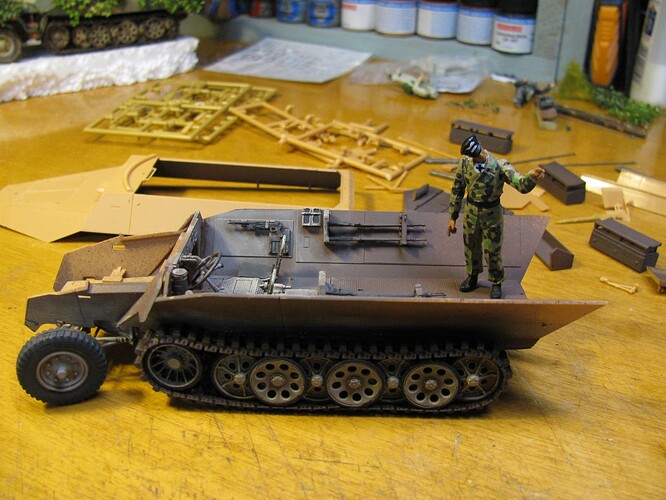 IMG_41941920×1440 233 KB
I like the level of detail and care that was taken in producing this kit. Nice basic kit. I wanted muted tones so I used a new technique for myself,painting an overall undercoat of medium matte brown and then drybrushing 2 tones of DG over it. Barn Von Munchausen stands in the painted half underway…

Sort’ve satisfied with the look I took it through to the rear and tied my hand at painting the fire suppressor labels on. Not too bad. I started on building a late war radio rack as well. Baron Von Munchausen points the way. 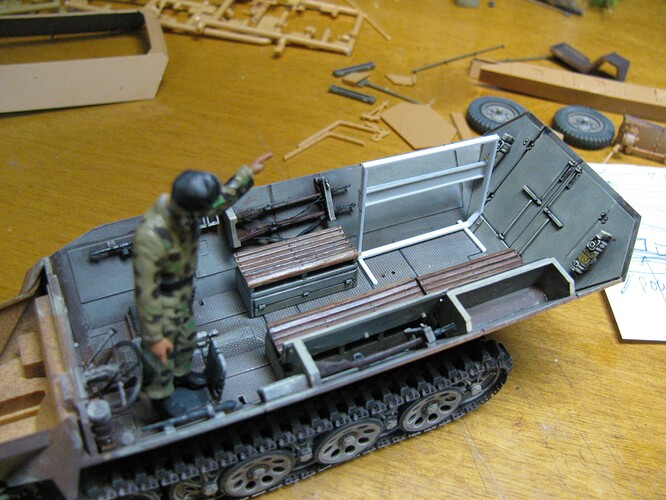 Thanks for looking,
J

I was just looking through some of the old posts on Archive1944-1945 and saw this collage of pics that Barry Crook had posted. The pic at the top right of the collage appears to show the late style radio rack. 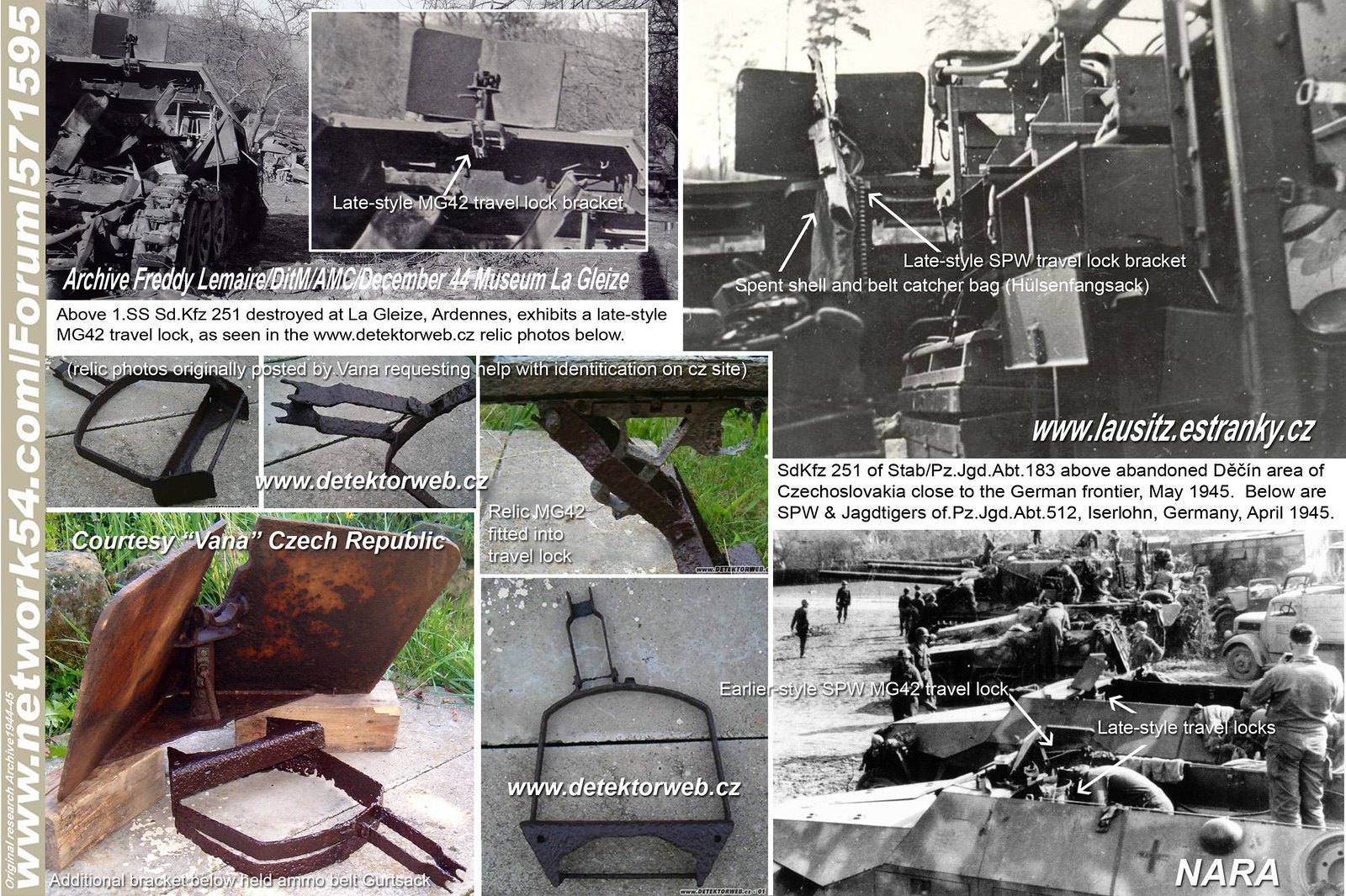 Got some bits and bobs added. 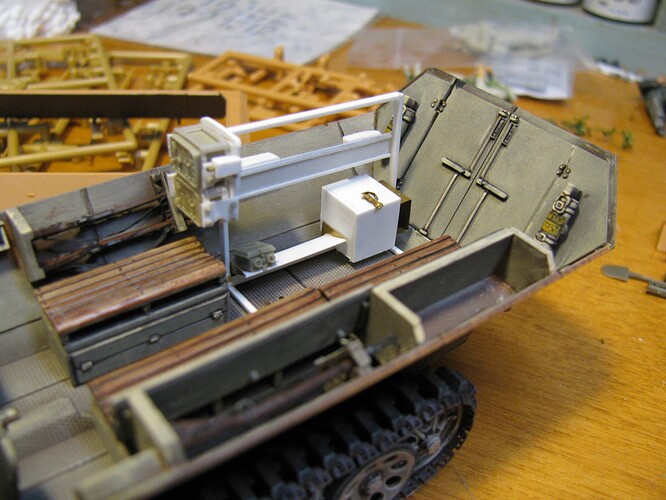 Got a lil sumthin’ sumthin’ done last night. Added the storage shelf for headsets, etc. and roughed out the basic boxes for the 3 radios. They are just tacked in place and need sanding,etc. Then on to building the front panel details and lastly…wiring ! DOH !! 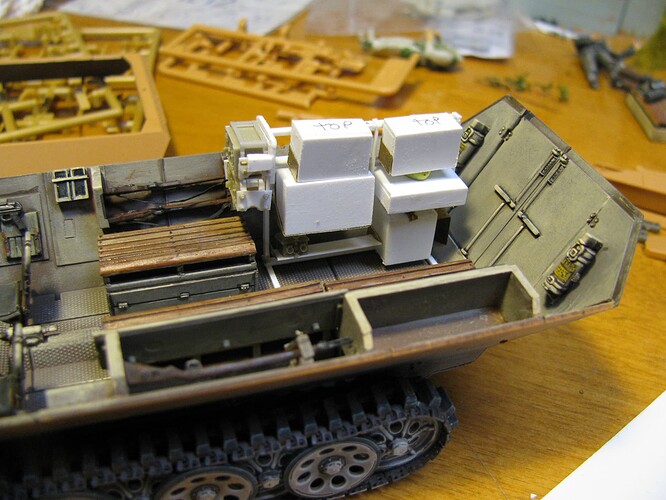 Built and painted the front face of the 30watt sender 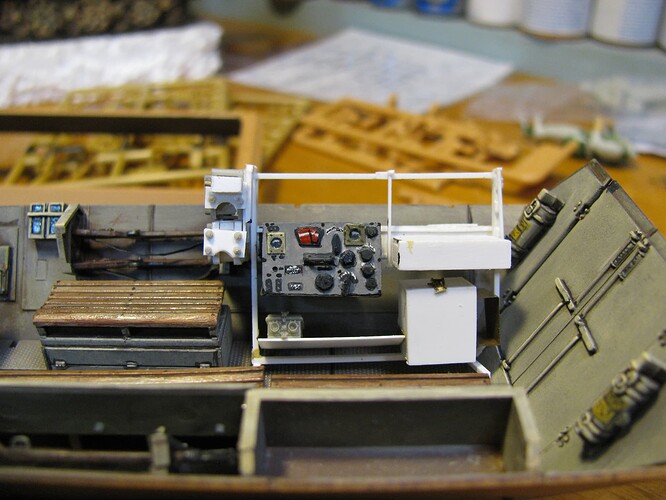