I have recently purchased this 1/10 scale figure of John Matrix who was the character that Arnold Schwarzenegger played in the film Commando.

Now this isn’t my first jaunt into the world of 3D printed items but it is a bit of a learning curve for me. I have bought other items and it has been a mixed bag of results as to the quality of the print.

There will know doubt be people who have other opinions of 3D printing and this is my own experiences that I am expressing and no one else’s.

what I have found out is that resin printers seem to give a better produced end product where as filament printers tend to leave striations as well as stepping issues on curved surfaces.

below is a picture of the figure I intend to build and I must add that figures are not my strong point.

what you can’t see in this picture is that the figure is hollow on the inside, not just the torso and main trunk of the body but also most of 5he arms. this decrease in weight should in theory make postage cheaper.

Another interesting feature is that as the figure is produced in liquid resin the supports are created for each part as it is printed and they are considerable thinner than the solid casting blocks found on the old style Verlinden figures. 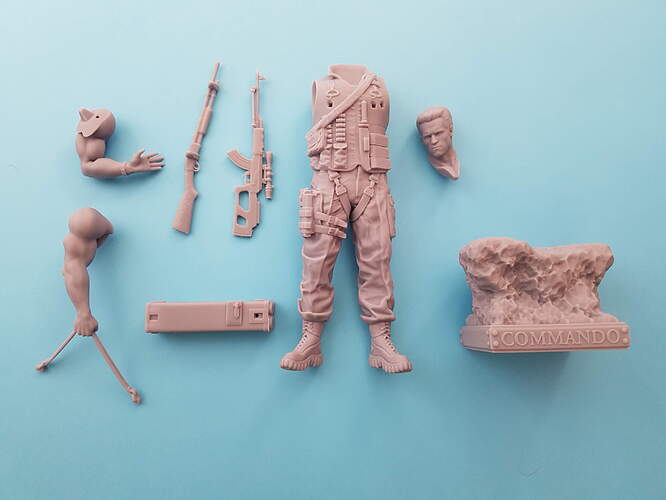 filament printed kits are very hard to clean up and in the past I have had to use my industrial belt sander in the garage to make a dent on them. I shall in due course let you all know how I get on with the clean up of the small support marks that are on some parts of the figure but I am confident I won’t have rmto use a belt sander on this one

That looks great. Look forward to seeing how it progresses

Model Monkey, and Reedoak (and others) use this method for printing. Depending on the item there could be up to dozens of support posts to remove, which can be a PITA, but the resulting printed item is usually indistinguishable from a resin cast item. The support posts have a tiny contact point and are easy to remove and clean up.

It would be nice if they printed this figure in 1/35 scale, too!

Hi
Could you please tell me the name of the company that supplies this lot , would like to see what else they do . This one looks fun to do and will keep an eye out for the follow up .
Good Luck

@bootneck I bought the figure on a well know internet auction site, you can find more of his figures if you search for the seller: 3dprintchris

thus far the clean up, really has been minimal. the support sections were removed before the figure was sent to me. I have sanded any remaining “stumps” and I have filled the few small holes with thin super glue which I have left to set firm, ready for some fine sanding on Saturday.

the only printing issue I have come across is that one of the grenade pins didn’t print out to clearly and can be seen on the right side of upper torso. 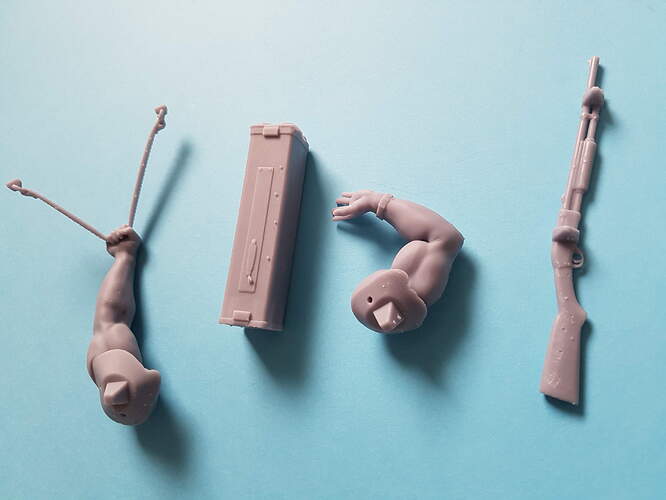 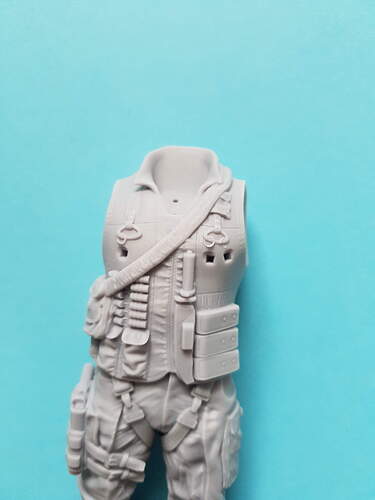 This could be a downloadable 3D printed file that companies can print and sell on their own.

I found this figure as a SANIX company product sold by “Modern Armies in Miniatures.” But as others have said, the high DHL Shipping prices are the issue with buying from DerSockelShop.

I think that the SANIX line is much better 3D printed quality than the rest of the figures sold under MAiM.

well there wad a bit of a family emergency this weekend as one of our pet rabbits who as issues with his feet to a turn for the worse.
an emergency trip to the vet at 10pm and some very bad news, that it would be a long recovery if he recovered at all. we were then adviser to see a n exotic pet specialist.

so we were off to see Dr Allen who managed to save our guinea pig when even he thought that little Dillon was done for. Dr Allen seems to have a better prognosis for little Dash.

All this means that very little work was done save for priming the figure. I have white, grey and black car primer paints and I applied the black primer to the two main weapons ad you can see below. I am actually happy to leave them the way they are for the most part but I may change my mind. 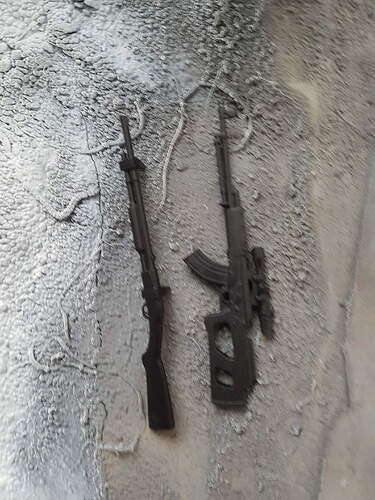 I used white car primer paint on the rest of the figure as it will be easier when it comes to painting the flesh tones. the main question is which medium to paint the figure, oil,enamels or acrylics? 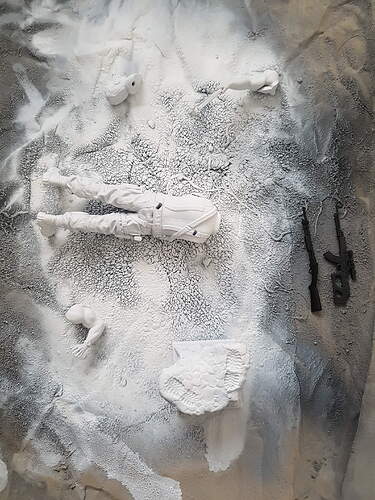 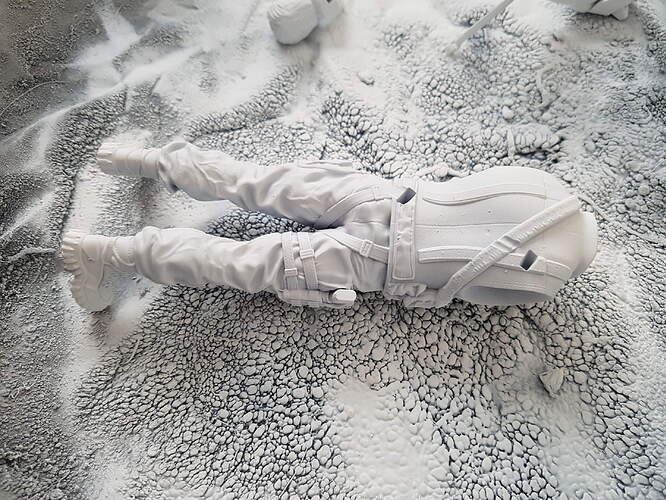 oh and for those of you as to what Dash looks like here, is a picture taken in happier times 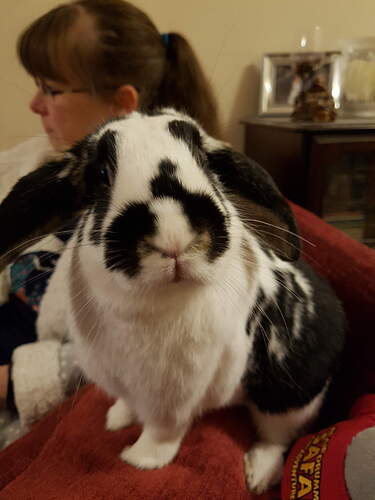 Hope Dash gets better. The figure is coming along nicely.

The figure looks very nice with sharp details Dave. Can’t wait to see it painted up. I remember watching that movie as a kid, I was a big Arnold fan back then too lol. Didn’t he have calf implants ??? Lol
Hope the family pet gets well; we had to put our dog to sleep a few months ago and it devastated us. Good luck!

@metalhead85 well he’s still got some fight in him, you only have to see the resistance he puts up when try and give him his medication, the antibiotics and two different pain meds go everywhere.

I’m sorry to hear about your pet, they’re always sorely missed when they leave this world. needless to when the doctor on Sunday said she didn’t think he would make it, that didn’t go down very well.

I hope to get some work done at the weekend, even if it’s just getting base done for the figure.

Well i was looking for my own copy of the film in the house today and discovered that it isn’t on DVD but is an actual video but thankfully i have one of those multiple film dvd’s of some of Arnie’s work including the film Commando which i hope to watch at the weekend on my PC and grab a few pictures from it for reference shots. 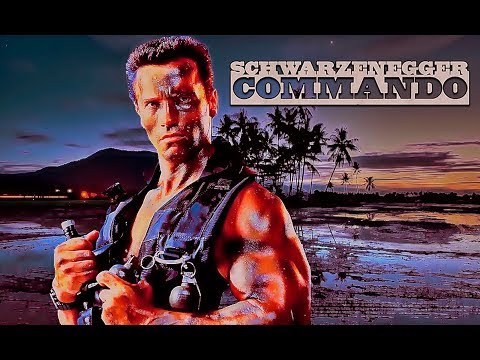 I have started to paint the base and dry brushed some tamiya gold leaf acrylic onto the lettering. keen observers will notice I am using the rocket launcher to prop the figure base up. 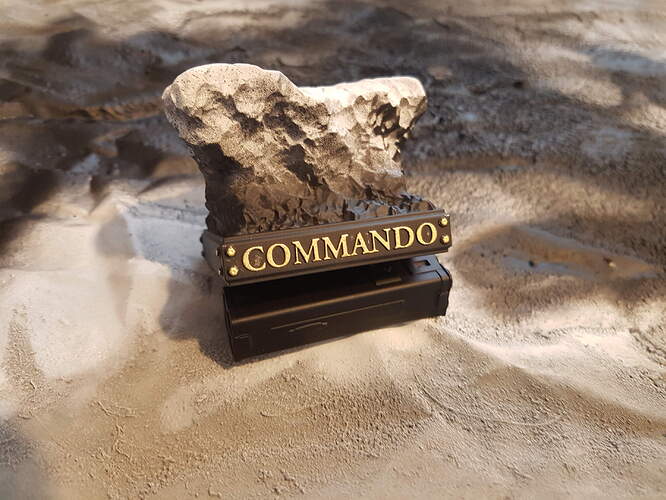 Big joke in the movie is when Arnie blows up the barracks and lots of sheet cardboard, and dummies tied to posts, go flying in the air!

well I managed to get most of the base painted when I came home from work this morning after giving Dash our pet rabbit his antibiotics.
I am a little further on than in this picture as I have gloss coated the base rocky texture so that I can put an oil wash/glaze. 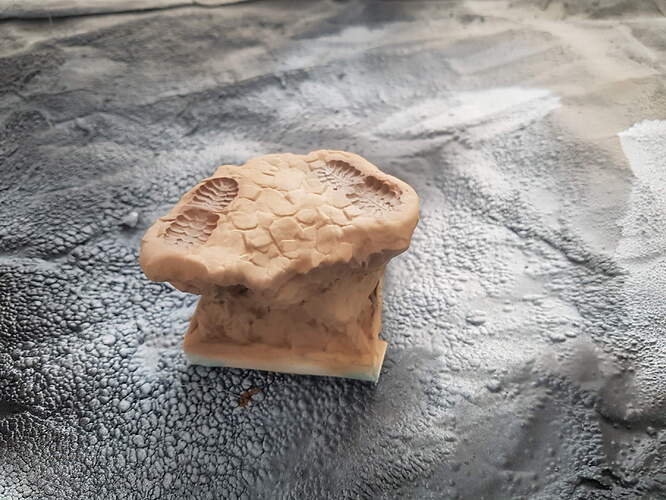 well I managed to get the base finished this weekend. i gave it a clear gloss coat then i used oil paints to pick out thr details and then sealed it all in with tamiya flat clear. 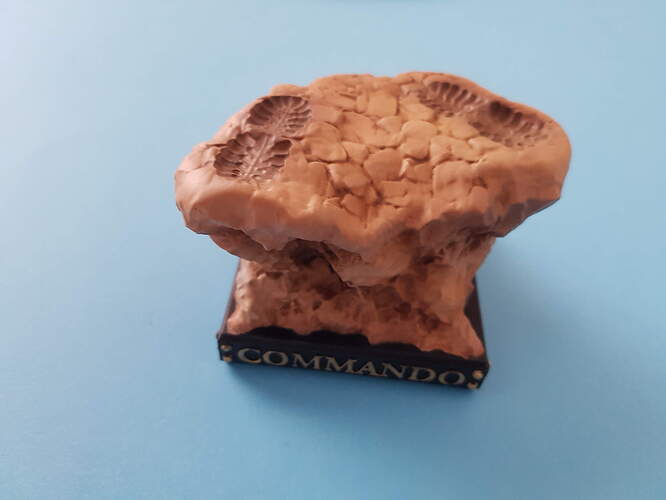 I’ve been chipping away at this from the ground up and have painted his boots which are now covered in a protective layer of masking tape.
I have worked on the trousers and lower webbing straps which i originally thought were olive green but after watching suiting up for combat scene dozens of times, i have discovered they’re black along with the side arm holster.
I have painted the grenades, shotgun shells and started on some of the pouches on his torso section. 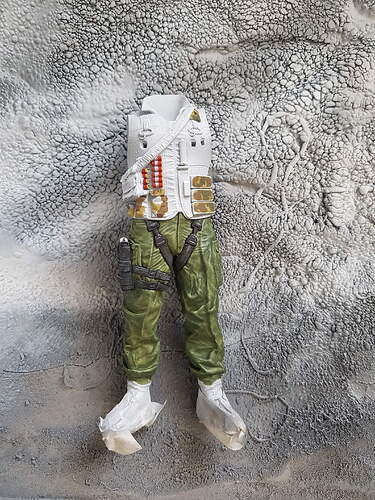 Looks like you’re off to a good start David

cheers mate, I won’t get much done this weekend as it’s the wife’s birthday so I’m taking here to Edinburgh zoo as she loves animals

Well enjoy and happy birthday to your wife !

well I’ve managed to get back into this figure and as you can see it’s come along way since my last post.
I still need to do the arms and head but the body is done and I have glued in place his grenades. 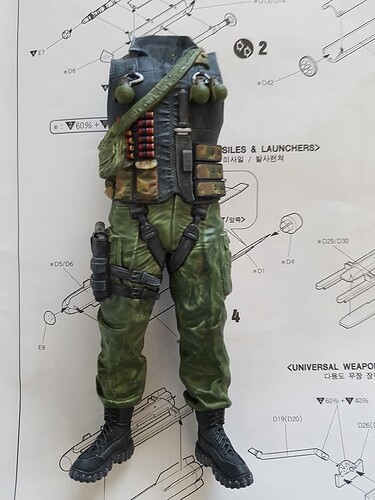