So this weekend I finally was able to attend a Phoenix AMPS meeting. During the meetings, the club also encourages working on a model to pass the time, so I started this one that I’ve had in my stash for awhile. Academy’s 1/35 M981 Fire Support Team Vehicle, aka FISTV. These things are extremely similar to the M901 ITVs that I served on once upon a time, although instead of TOW missiles, they are full of radios, a laser designator, observation gear, and other tools for the trade for artillery forward observers.

Anyways, here is the kit box 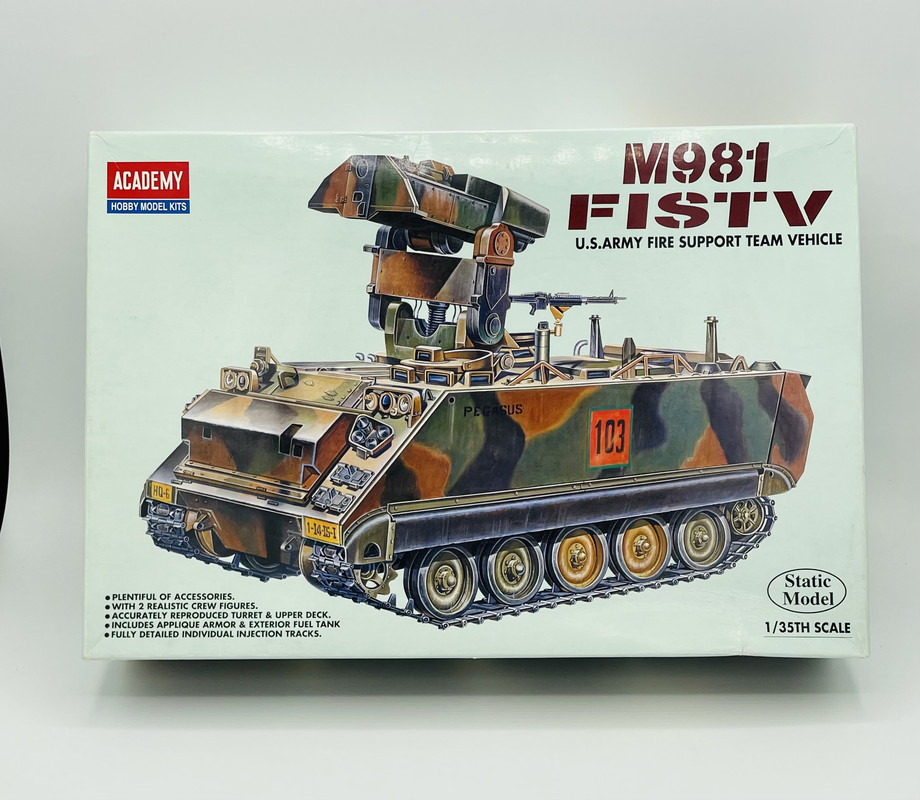 A photo of the real thing during Desert Shield/Desert Storm that I’ll be using for reference. Not many photos to be found of these things there. 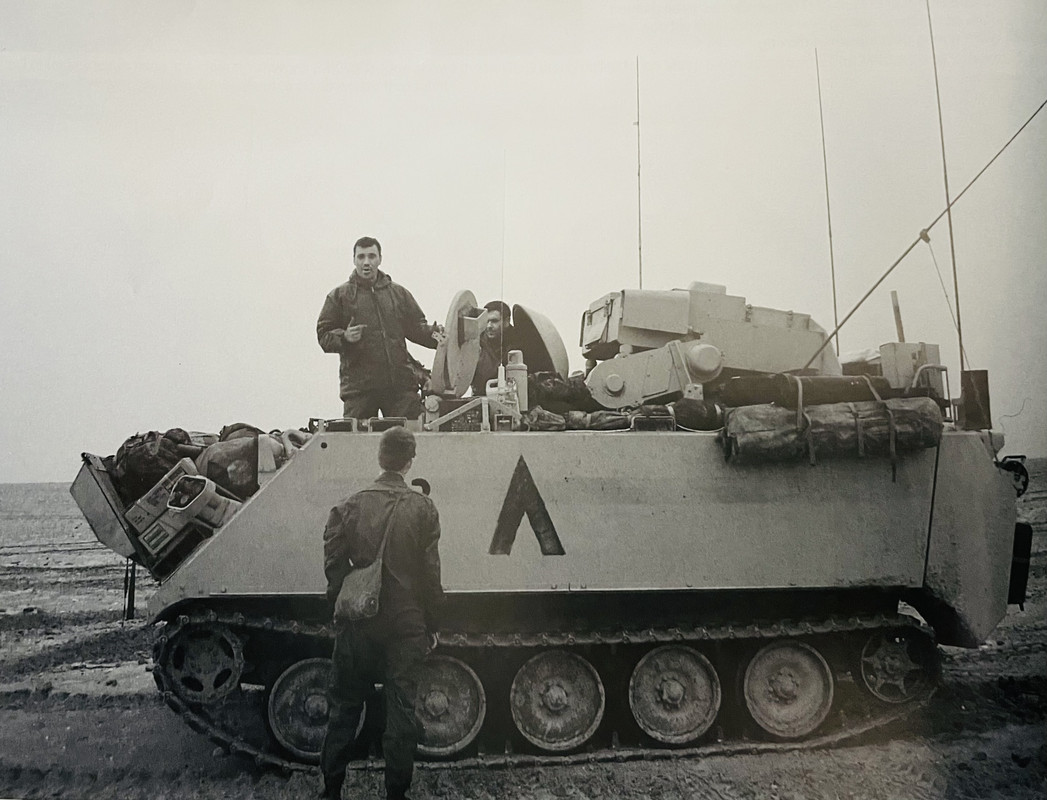 and how much I assembled during the meeting 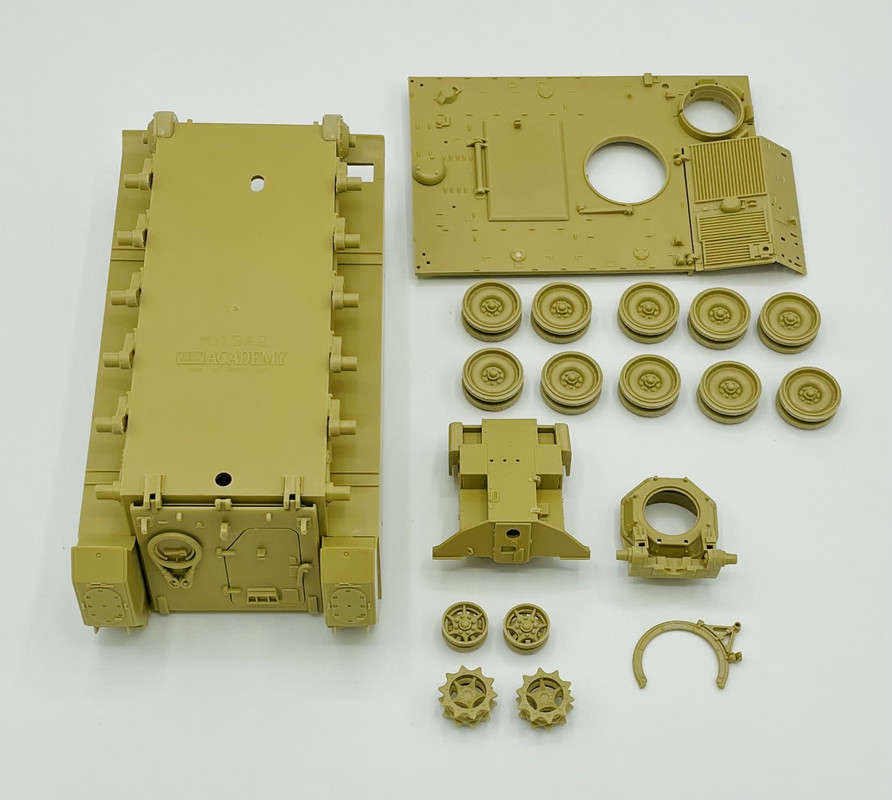 I’ll be taking this one slow for now, as I have several other higher priority projects to wrap up first. 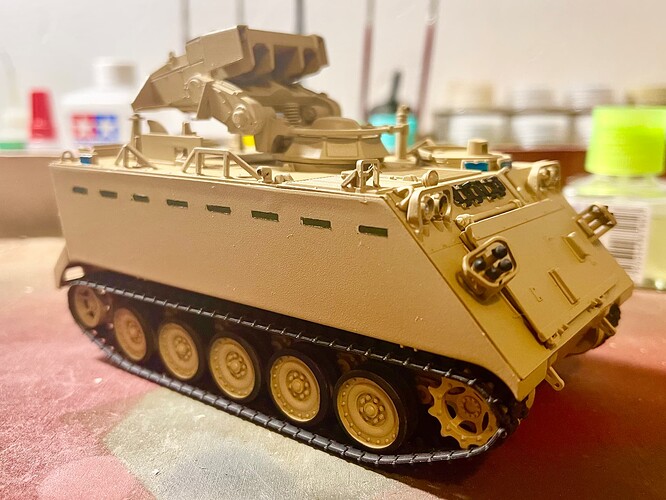 Not exactly the pinnacle of detail, but it’s decent enough. 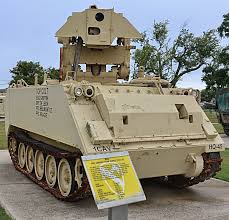 Will you be fixing the cupola ?

How is the detail on the designator assembly in the kit?

I built a M981 using Verlinden’s conversion set. The designator assembly on that was abysmal. I ended up scratch building it… 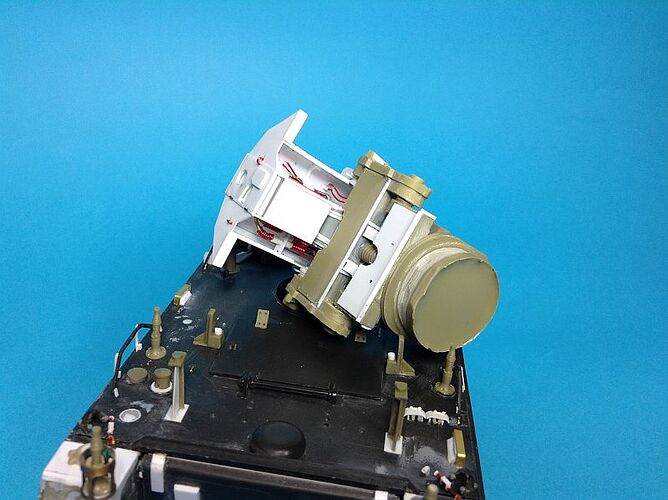 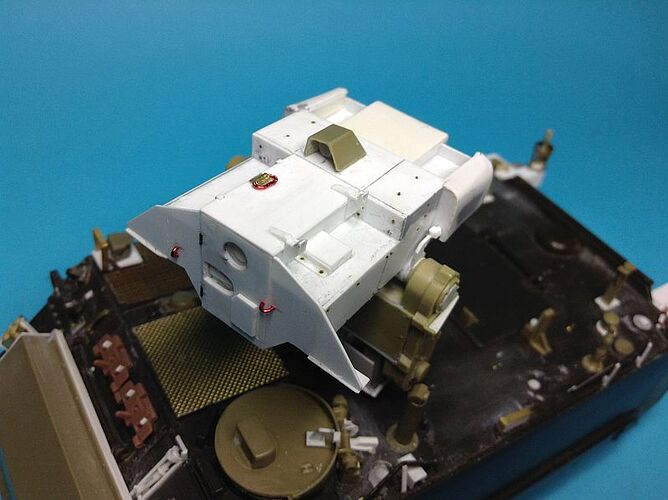 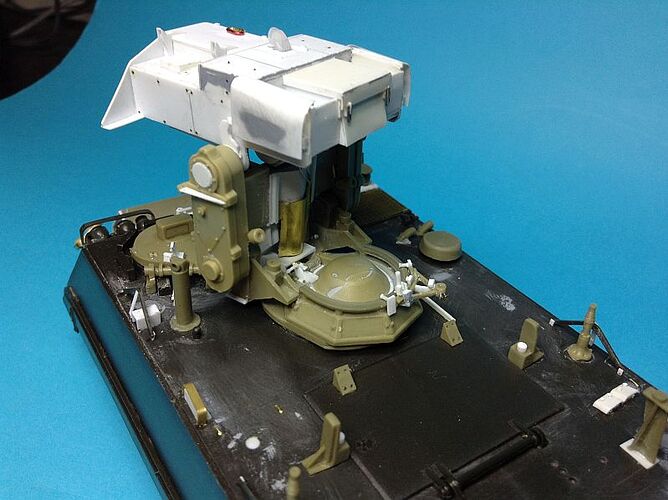 Off to a good start. The Academy kit is pretty good. To me, the supposedly undersized cupola looks fine. Add some detail here and there, and it can come out great.

A tip: I used a drinking straws with squares cut out of them for the guards around the rear antenna bases.

Built using the Italeri M901, way before Academy’s was around, around '95 or so.

@Seanmcandrews, will I be fixing the cupola as in replacing it? No. It looks close enough for me.

@petbat, how does the designator area look? Very weak. They have something resembling a TOW day sight in there, but the vision flap for that is molded closed. I need to drill that out. No AN/TAS-4 thermal sight is provided for what I presume looks thru the upper opening. But I have no solid reference on what goes inside of there. I presume that it is something like this old beast? The size is about right… 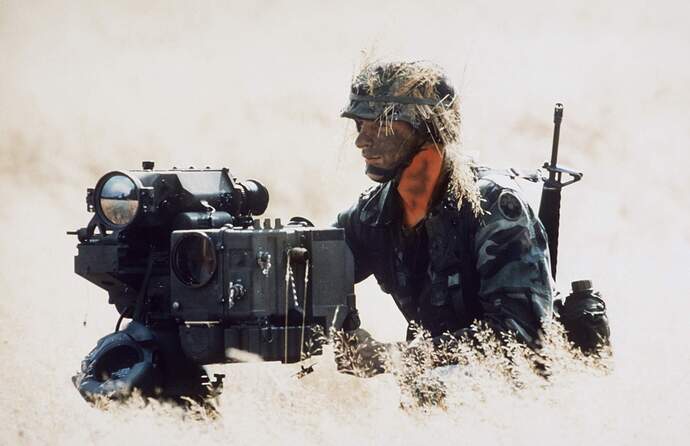 @HeavyArty, I agree about the cupola, and thanks for the tips on drinking straws as the antenna base guards. I think that the kit has parts for those, but they will be much thicker of course. Nice work on your ITV to FISTV conversion. 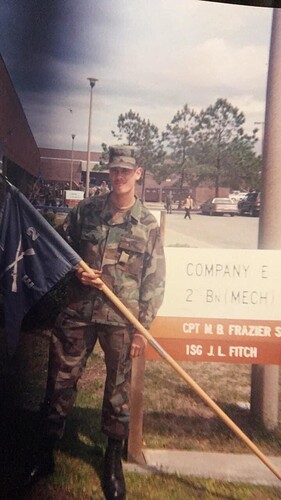 @Stikpusher. We’ve chewed the same dirt at one time or another.

@HeavyArty do you have any dimensions for those antenna guards?

@Stikpusher if you want I can make some guards for you. Might look thinner than the kit guards albeit thicker than PE.

I’m not one to say no to an offer like that. I’ll check the kit and see what dimensions I can come up with.
Thanks Mikey

I watch with interest…