I’m planning a Vietnam dio and was wondering would this be an appropraite dwelling; 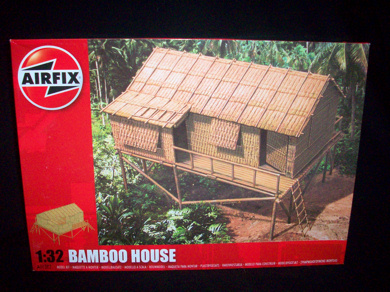 The idea is to use it as an elevated riverside “landing stage” for VC prepping for Tet '68 and will also be using the Masterbox “Charlie on the left” and Academy’s M151
I would imagine the walls will have issues with scale hickess but as I dont currently plan to show too much of the inside that can be worked around.
Any thoughts very graciously welcomed.
P

I`d say, give it a try…
https://www.youtube.com/watch?v=rppCaK39eIg

I think the wall strength is more appropriate than with their North Africa and European buildings.

One of my favorite plastic pushers has it discounted, only 10,45 Euros plus shipping.

good God, I haven’t seen this kit since I was a kid and that was a few decades ago. I can’t believe it’s still out there.

Might even have a look for this myself. Got a few sets of Vietnam War figures in the stash.

For those who need it…
http://www.dersockelshop.de/search?sSearch=bamboo+house

Thanks gents. It’s a goer then.

Here’s a couple of pics of typical SEA bamboo houses. These are in Cambodia but similar to Vietnam: 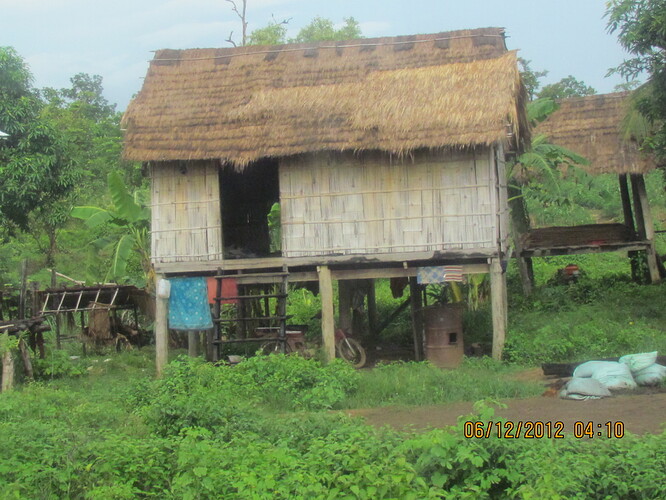 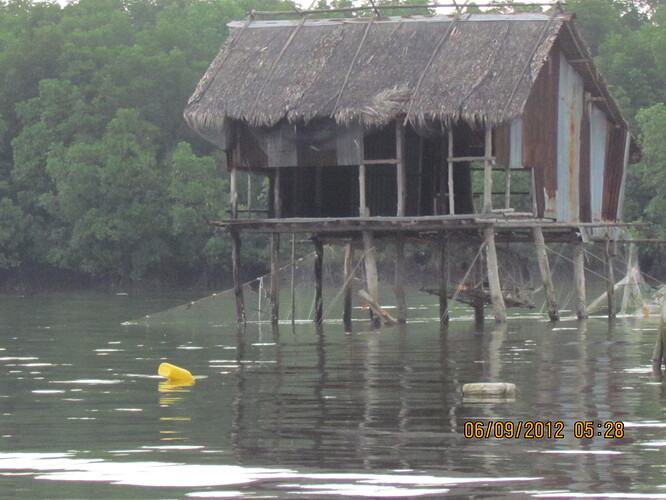 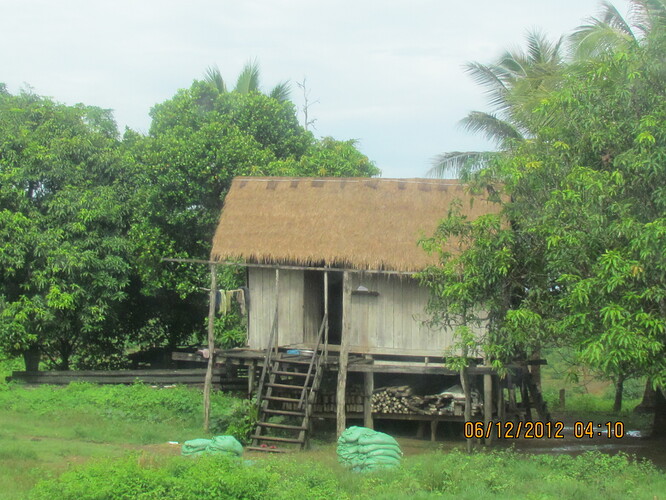 Hope these are of any use or reference.

Good color reference for my bamboo house project. Thanks for this.

most houses on stilts were Montagnard. If they were near big water, then it’s another story due to flooding and tidal surges. Remember that in the monsoon season the water level seriously increases (several feet).

I’ve seen huts walled with broke down beer and coke cans, and just about anything else. The red and white coke diamond patter stood out! They used anything they could lay their hands on.
Where as the hill people pretty used nothing but bamboo and large leaves. Most had thatched roofs I might add.
gary

For my experience in SEA the kit hut is a bloody mansion, they are not often seen of that size as a private house, so large I have only seen them among the mountain tribes, and they were usually the huts in the center of the village used in common, for ceremonies, hosting guests or where women usually work together such as baskets making or similar works

Now, this is a “bloody mansion”: 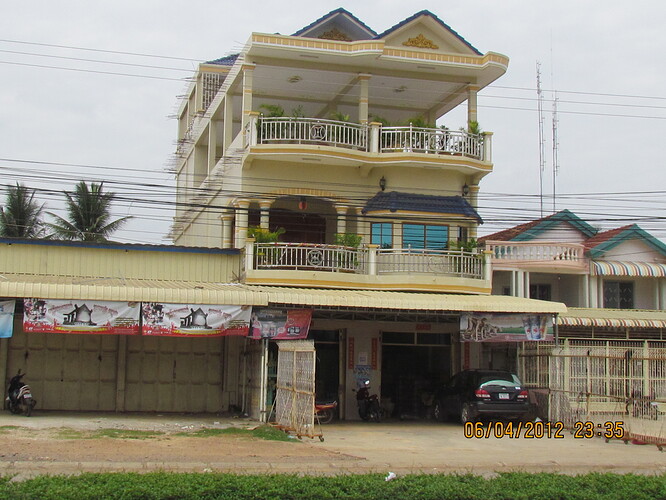 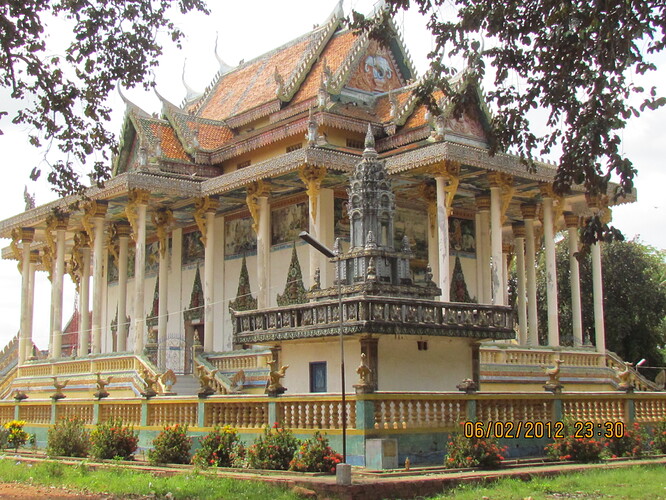 years back I almost built a typical hooch for the fun of it. I was doing the local laundry / ice house / house of ill repute operating out the back side. Brother in law said he’d stomp on it when his wife started asking a lot of questions. Finally told her they were bad auto mechanics operating out back! (woman has an extremely low sense of humor). If you decide to build something, just let your imagination run wild as it was probably done somewhere. Yet a bamboo roof would be like standing in a shower! Thatched rooves are actually very dry, and a good home for two step charlie as well. Never really paid much attention to what was inside them much. But most all had some kind of a fox hole affair under the bed for obvious reasons. No such thing as in door plumbing, or even a real kitchen. Just a 12 by 12 foot box; unless it’s also the laundry, ETC. Most all hooches in towns will have a couple tables set up out front trying to sell you some junk.

I never was inside a Mountengard village. I had to stay on the outskirts. They don’t like strangers or Vietnamese people. Plus you don’t want them to dislike you as it can be fatal. I had several families of yards living about three hundred yards from me at my base camp. They were totally different from the ones up in the mountains (domesticated?). You just didn’t have any excuse for visiting them over there. They were roughly 250 yards outside the wire and maybe 850 yards from one of the most evil places on earth. Even they had enough sense to just bi-pass that little complex. I still think they were the ones who ate my dog Blackie
gary

Judging from this video, some detailing will be needed, especially underside of the platform and the inside of the wall that can be seen.
https://www.youtube.com/watch?v=sxZD7swLNOQ
I get my one this weekend and wonder how it can be used?

Thanks again for your insight chaps. Very much appreciated.
P

Back in 1982 when I was a student I made use of the university library to hunt down all sorts of stuff that was completely irrelevant to what I was supposed to be studying.

One find was a book called ‘Village in Viet Nam’ by a chap called Gerald Hickey. While the text was a bit too much like sociology for my interest, there were several multi-view scale plans of various buildings including huts.

I see that it is still available and reasonably priced, so might be worth acquiring a copy. I remember scratchbuilding a wargames building based on the drawings of one using plumber’s hemp and sisal string and I still have it somewhere, so it must have been robustly constructed!