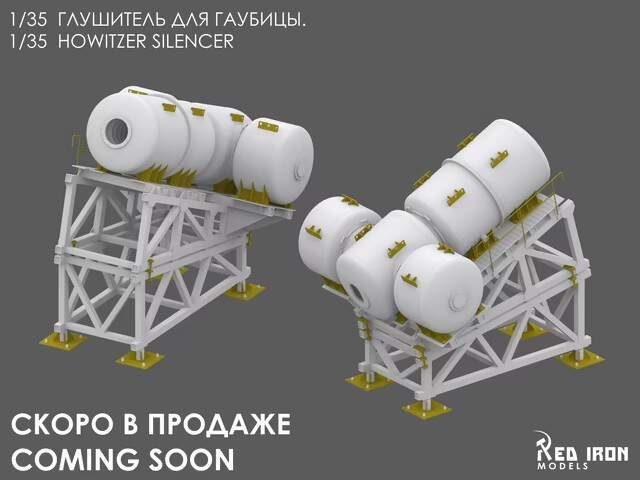 Yep, I’m amazed, too. The space needed to display this… I’ll leave it with you. 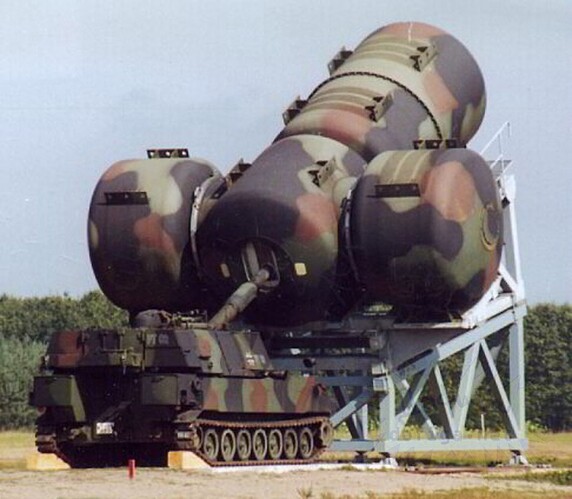 Good grief that thing is huge!! Was this ever considered for use? Just transporting it would a huge feat.

In Switzerland they tested mufflers, sized like oil barrels, for their Leo tanks. Some tank officer commented that the costs for minor accidents (fender benders) had gone down since the easily damaged mufflers immediately identified the tank whose driver needed further training.

Thought it was a joke till I saw Robin’s post. 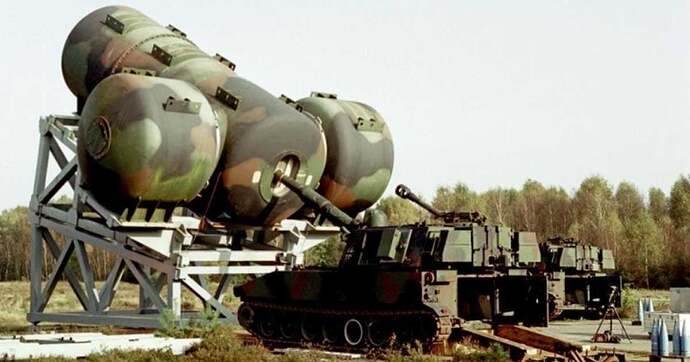 For those moments when you absolutely, positively have to train your artillery but you don't want to wake the local population, accept no substitutes. Yes, artillery silencers are a thing.

Is This a Picture of a 'Tank Silencer'? | Snopes.com

This is a genuine photograph from a military testing range, but there's nothing "silent" about it. 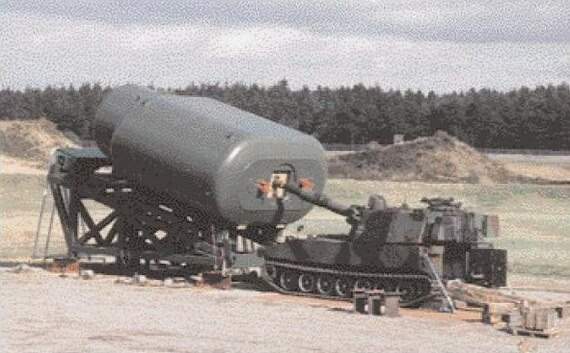 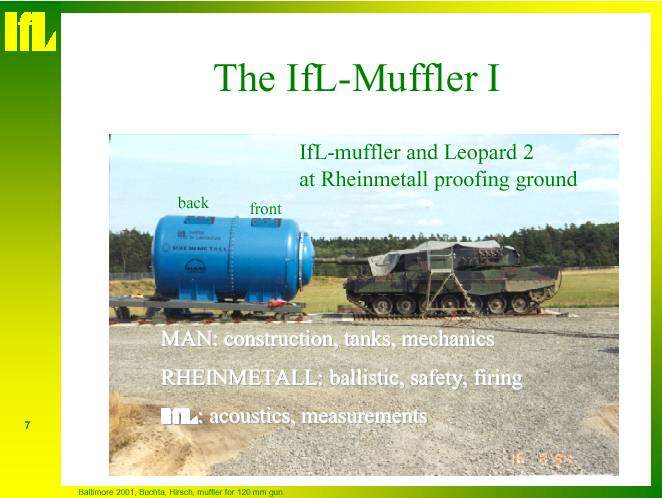 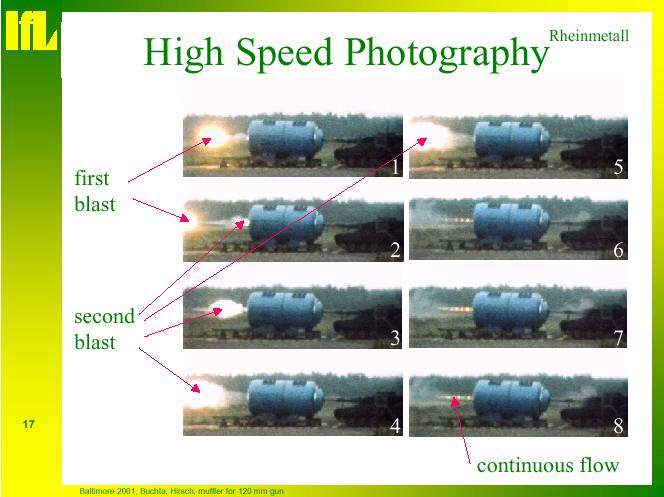 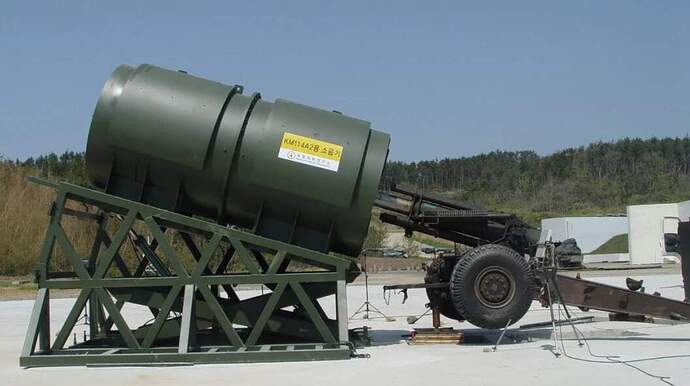 BTW: It should be called a suppressor or muffler but not silencer, the dB levels are still at 100 (instead of 115)

Wow, amazing finds, Robin. Thank you for that,

What about this one ? 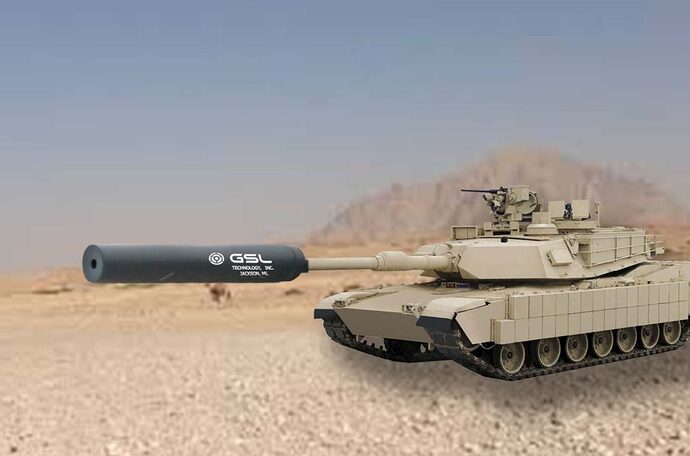 I thought that depended on what arrived downrange?

I know that piece too well. The barrel is inside the tube about a foot to eighteen inches. Recoil will be from about 16" to 60" depending on the charge. A charge seven will go all the 60" of travel in the recoil cylinders. A charge five will going two thirds that distance with the barrel being out of the tube. The howitzer is in the ready to load and fire position as it sets, and the only thing I can see is that the tube may silence the projectile while it breaks the speed of sound. The blast will actually be worse because it’s more confined. So when you fire the round, the barrel will go back towards the rear at a violent rate. The blast is actually contained till the projectile leaves the muzzle. Of course they may only be shooting a charge one greenbag powder charge. That will give you roughly 16" (maybe closer to 12"). That’s why I questioned the idea. If it actually is in Korea, they might be shoot anything from a charge one to a super charge eight. Still 60" of recoil is the max distance of travel.

Assuming they are actually shooting this gun, I’d hate to be the gunner because he’s going to catch a lot of the blast. The AG won’t be a lot better off as well as the loader. Then if something malfunctions, you just might have a catastropic event there. I seriously doubt they are shooting the gun for that and the fact they are on concrete with no way to seat the spades right. The gun will go back and flatten everything in it’s path. Of course they all could simply vacate the gun and use a long lanyard. Just looks insane
gary

The contraption in Germany was/is used at some testing facility,
maybe the same applies to the one in Korea?
With the gun in that cylinder it can only have a very limited range in elevation and deflection so it looks like some testing facility which means that the gun legs could be bolted to the concrete pad and the firing done from a bunker. There is a bunch of cables going to/from the gun.

There is no way in a hot place that this could be used in anything resembling an operational scenario. 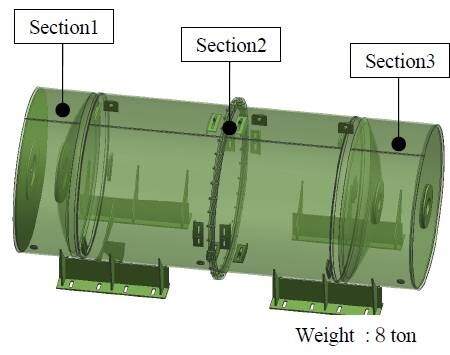 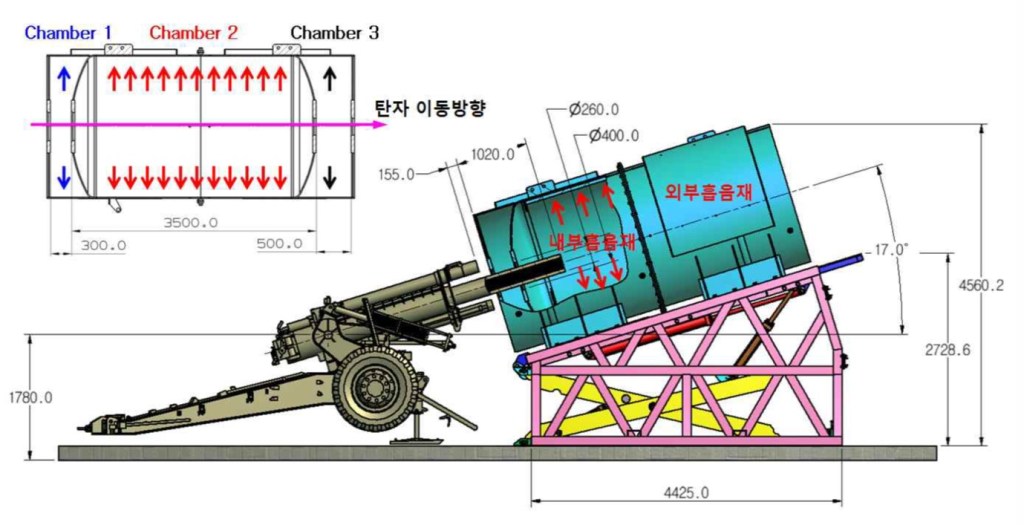 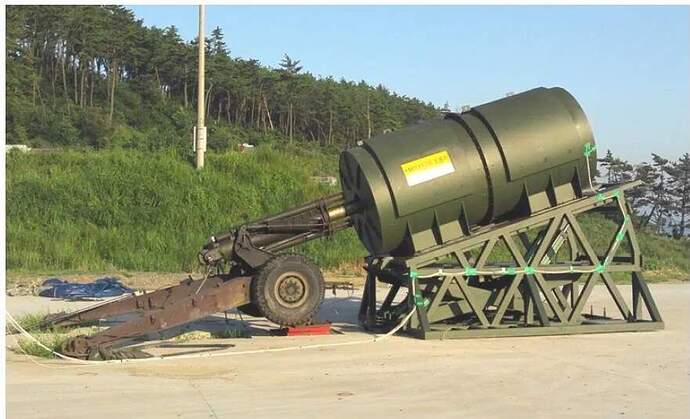 The German type with the side cylinder removed 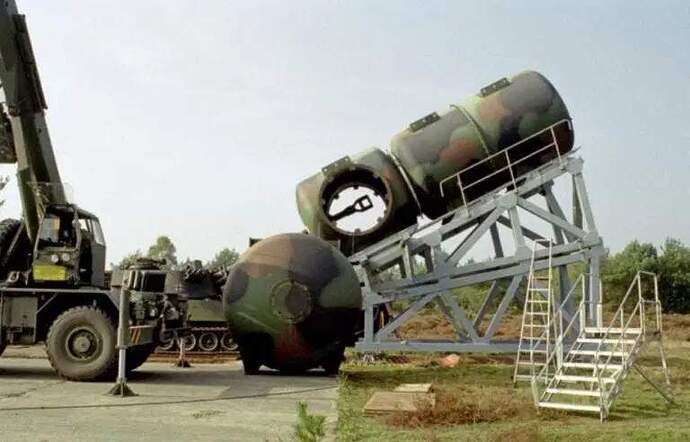 I just like the fact that someone decided that it needed to be camouflaged. If it moves, salute it. If it doesn’t move, paint it.

The forgot to camouflage the support structure though

Some great info there, gents; thanks to all. I still struggle to see demand for such an esoteric piece. But then, I’m not ex-artillery either.

Check the date in the top left corner of this screen capture: 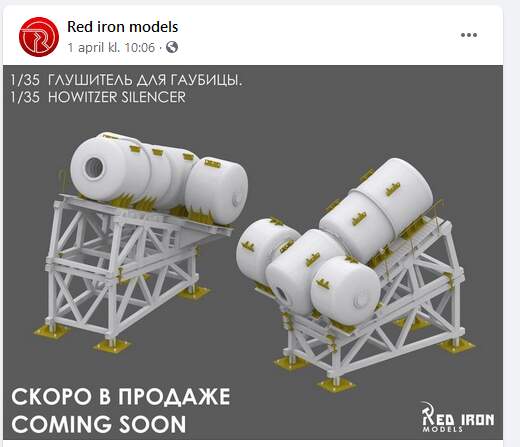 Hahahaha well spotted. Got me.

Looks way too anatomically correct to me, but I guess you just have to have a certain size to get the job done.