Okay, not sure what got into me, but I’ve all of a sudden found myself very interested in British armor since building up the bronco archer.

I’m placing an order at Andy’s Hobby HQ and plan to add the A9 cruiser Mk II, an early crusader MkII (one of my all time favourite tanks), and for good measure I want to add a challenger 2 as my stash is severely lacking in modern armor.

I am going to add RFM challenger 2. I really want to do it in a BATUS scheme, as I grew up very close o suffield. First question, I want to make sure this is a BATUS scheme. It sure looks like batus camo, but the schem isn’t labelled in the instructions.

Question 2, what’s a good reference to add for batus vehicles?

Question 3, if it is a batus scheme what is good for the colors? Nato green and something else for the sand?

Our resident BATUS alumnus @Johnnych01 has been banging away on not one but two BATUS wagons here.

Thank you Don for dropping me in it

… Only kidding, will be happy to help if I can. Im no expert but I have screamed across the prairie a few times in various wagons.

Mead, although that scheme is similar to a BATUS one, its not exact. That one depicts a wagon that would be UK based and generally used as an OPFOR wagon on SPTA for UK exercise play.
All images used from online sources and for ref and discussion only. 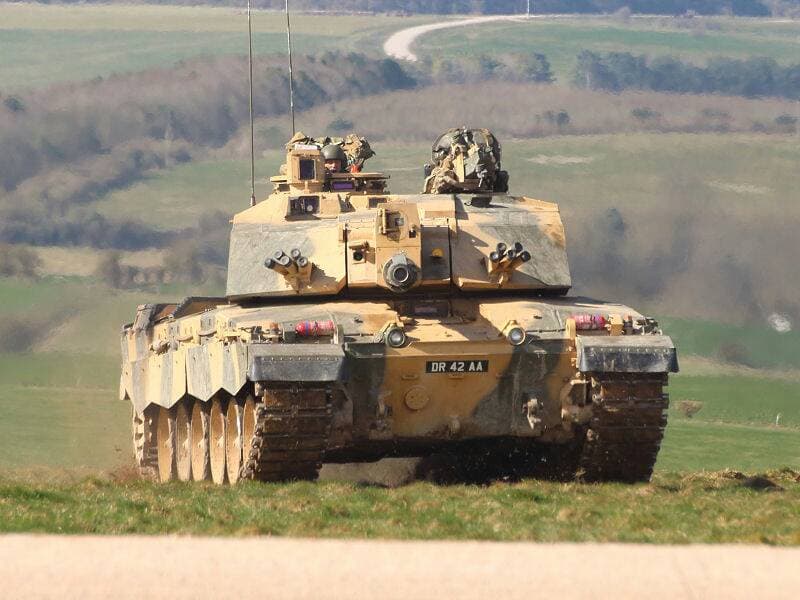 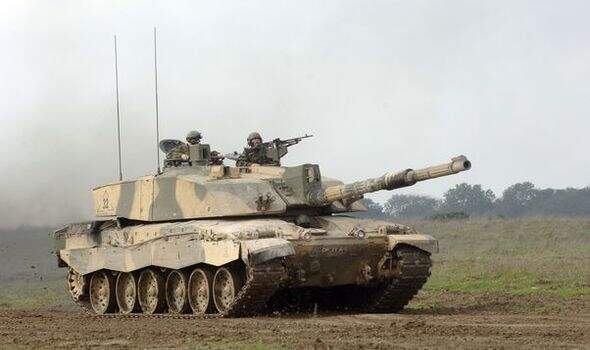 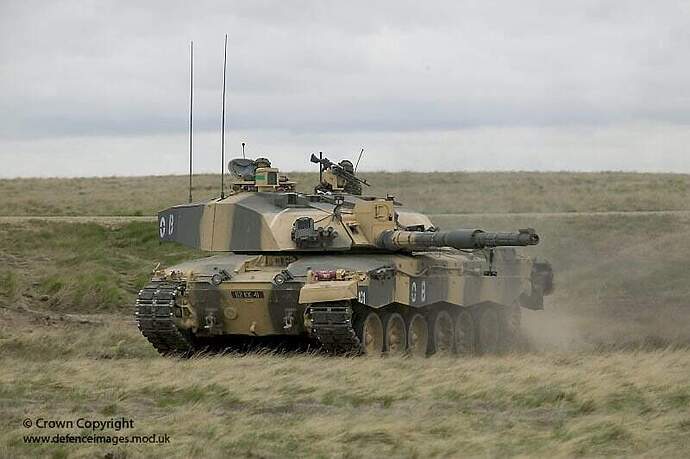 The main real BATUS tell tale sign will be the black backing behind the call sign and the individual zap code on the front boz plate. Just note not all the black backgrounds have a white surround. I think thats down to time frames and policy changes in BATUS. They will also have the white diagonal stripes on the turret. Also, with time frames, not all Ch2 were always in cam schemes. 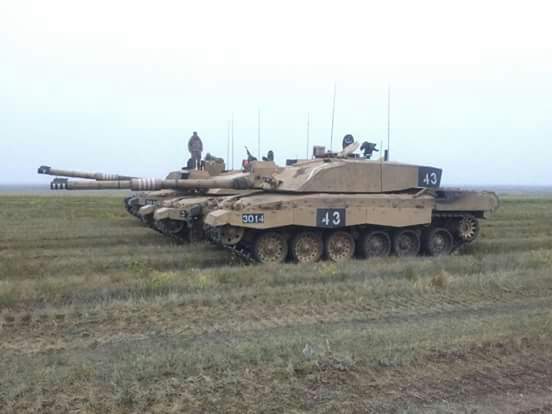 For the yellow / sand colour I’m pretty sure I used normal Tamiya XF 60 thinned down with some white but I would have to back read through my build thread, as I had a feeling I had thought about using LifeColour Dunklegelb … However, XF60 thinned with some white will work along with NATO green. Not sure if AK have a specific colour for the UK sand ? If they do, I will be getting some though.
hope that helps to get you started

When you look on line for images, just be aware that you will see a lot of BATUS Ch2 images with extra bits on the turret and barrel. These are are just exercise TES bits of kit for live play with the OPFOR force.

Just giving credit where it’s due!

Thanks for the detailed reply, and awesome pictures.

… to put it simply

Cheers! That’s the one I’ll pick up then.

Also looks like AK does a real colors British sand yellow, though on my screen it looks a bit dark/orange That’s what buff is for!

Look Forward to seeing it Mead. I have that Ch2 waiting to be built as well. Not sure how I missed that UK sand… God knows how many times I have looked through that AK range of paints … It does look a little dark, so it would be worth testing on a small spare bit of plastic first to see how it dries. A touch of white or buff would bring it down, but dont get caught up with it being to dark. A lot of sand yellow does vary a bit from wagon to wagon. New ones would look fresher and older ones more faded and worn so different tones are not uncommon.

I have some of my son’s pictures when he was at BATUS in 2011; most vehicles are in plain sand. I’ll get them scanned and posted shortly.

I defintley want a challenger at BATUS. But I think I have some reading to do to figure out what era I want it from and which scheme.

Ideally I want to do a camo one, as a lot of my commonwealth stash kits call for monotone schemes

Mead, the Ch2s went through various stages between mid 2011 before the MedMans start to probably 2015 when they flicked between sand or the green and sand cam. After about 2015/16 they then went firm on the 2 tone cam scheme so you will be completely safe on the green and sand. I only posted the BATUS sand Ch2s as a reference that you could paint it either way.
It is also worth noting that not all BATUS exercise vehicles are painted in BATUS colours. Although the vast majority of Battlegroup wagons (probably 96%)(Tanks/recce/Arty/Eng etc etc) are permanently kept at BATUS, some Battlegroup specialist vehicles are transported from UK for specific exercises, so would appear in normal UK colour schemes.

As a side note, I think when 1 & 2 RTR amalgamated, they painted one of their Ch2’s all black for a short period of time, which is what I intend doing my Ch2 as when I get around to it. I am trying to track down the reg for it before I can do it though.

That’s gonna look sweet when you get around to it! An all black vehicle will look mean!

I’m gonna do the camo me thinks. Just for some variety. I have nato green from real colors but I’ll probably mix a sand as I have more than enough gray/yellow/and beige colors.

Any mods I’ll need to do a BATUS vehicle? I’ve got some long yellow grass for those rolling alberta fields