Doubt it. Didn’t notice it myself. That ones at the National Army Museum (AKA originally QEIIAMM - Army Memorial Museum), Waiouru, with the specially made ANZAC Day poppy net. 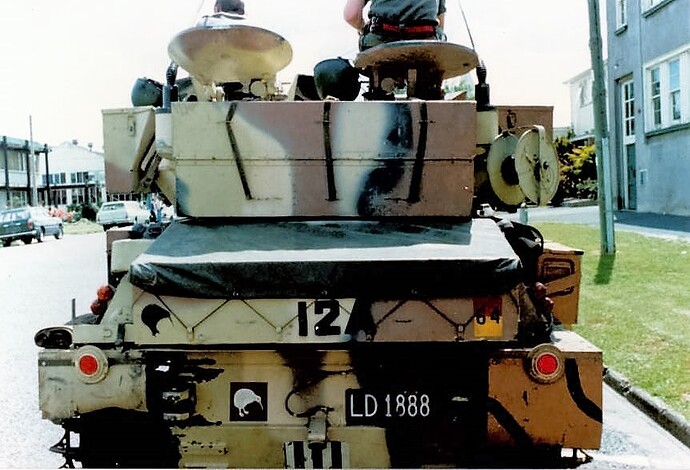 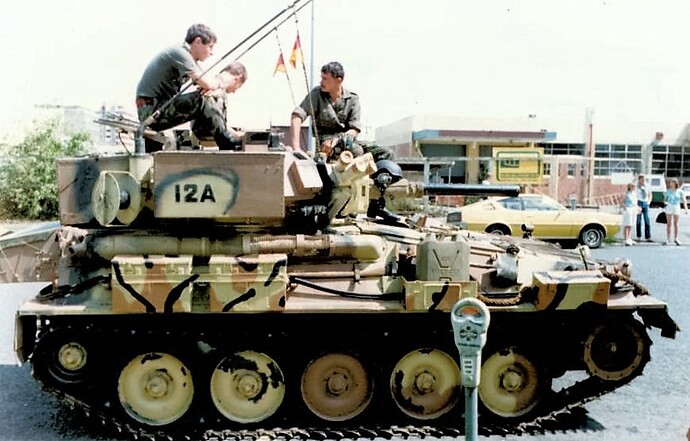 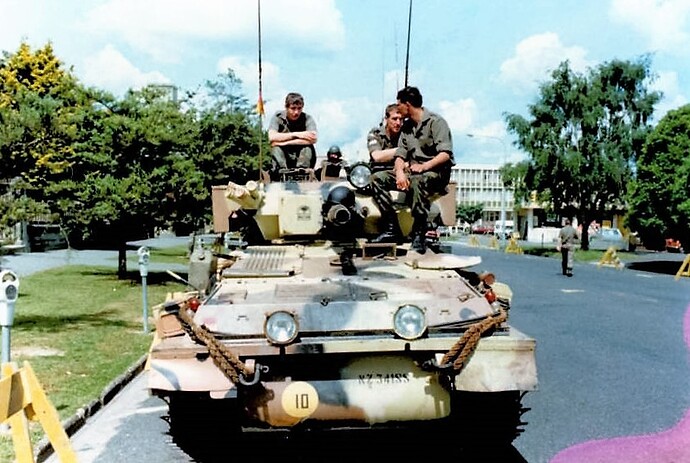 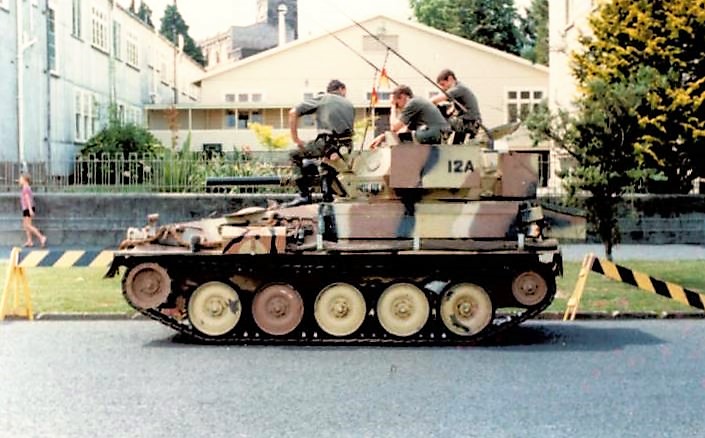 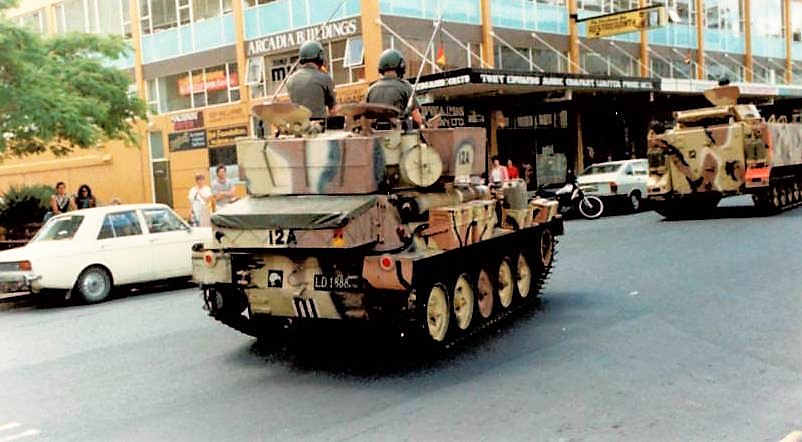 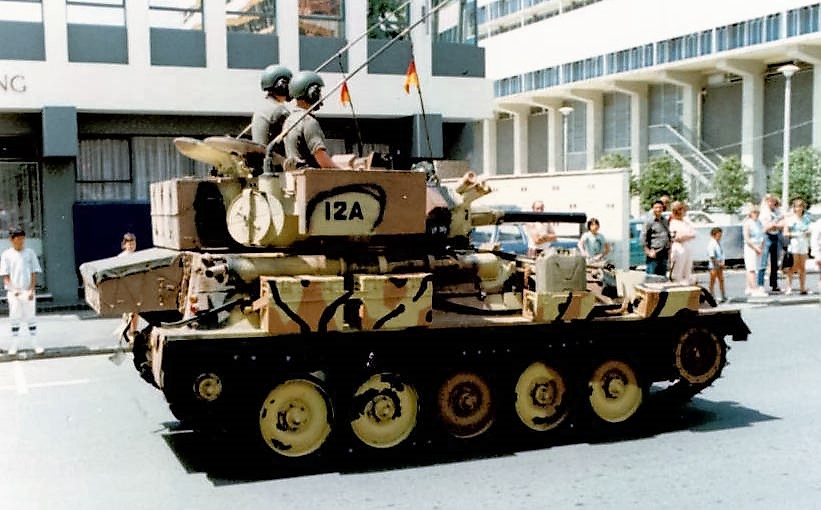 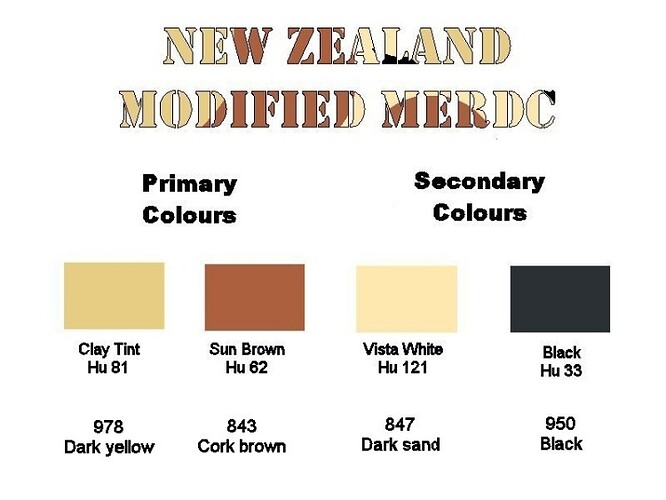 Familiar with the catch on everything ability, but not the strangling oneself ability. Obviously my education is sadly lacking?

Nice. I’m doing mine the other way round, handles first - 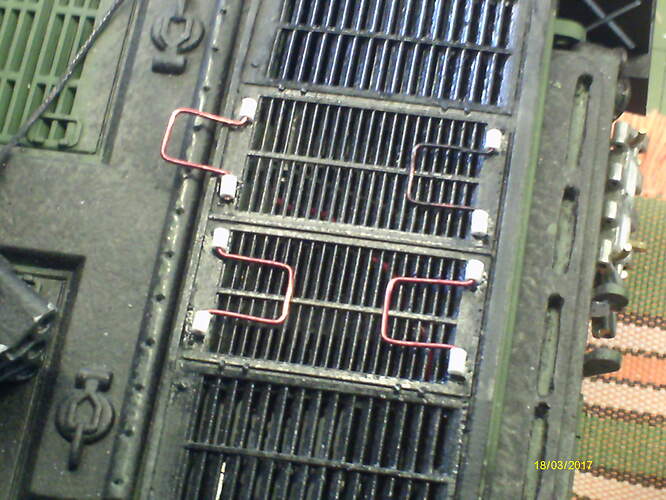 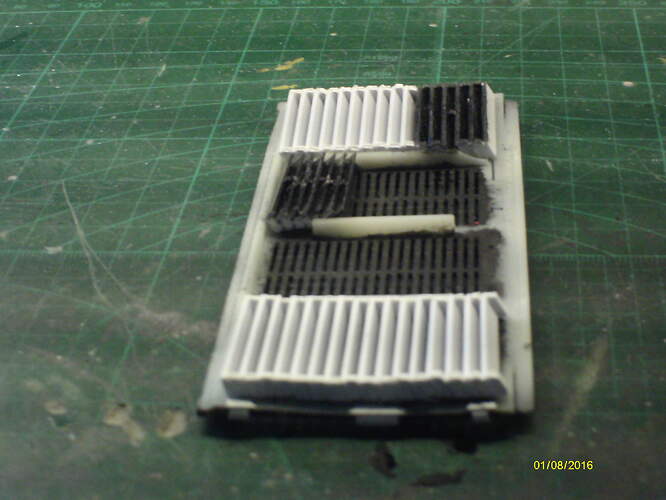 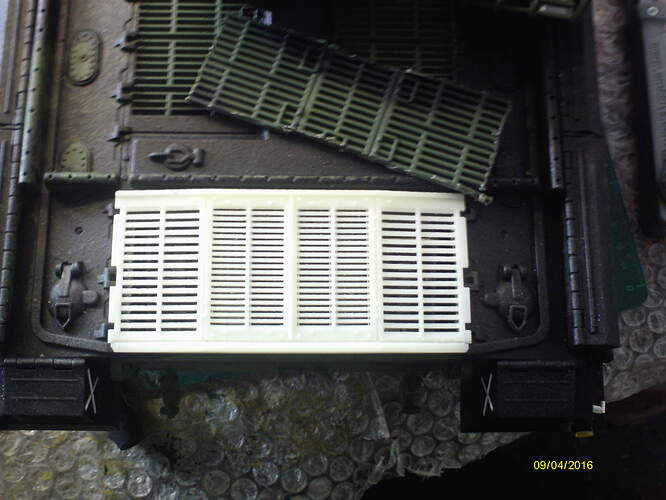 One aspect of RC models vs static - it’s wise to open up the grilles to allow air circulation for cooling, so thin blade & a strip of sandpaper 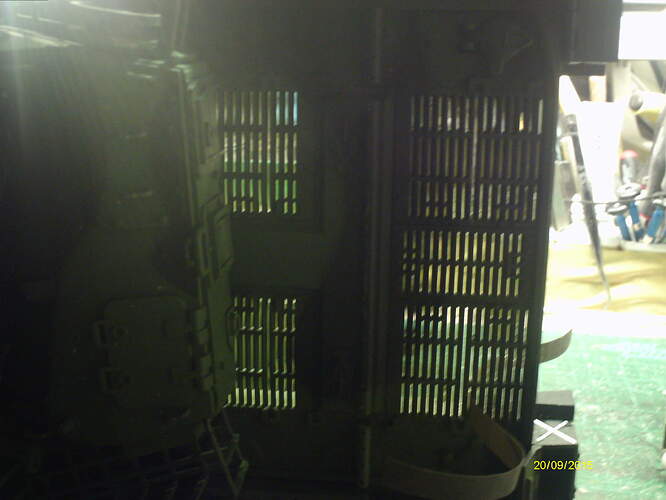 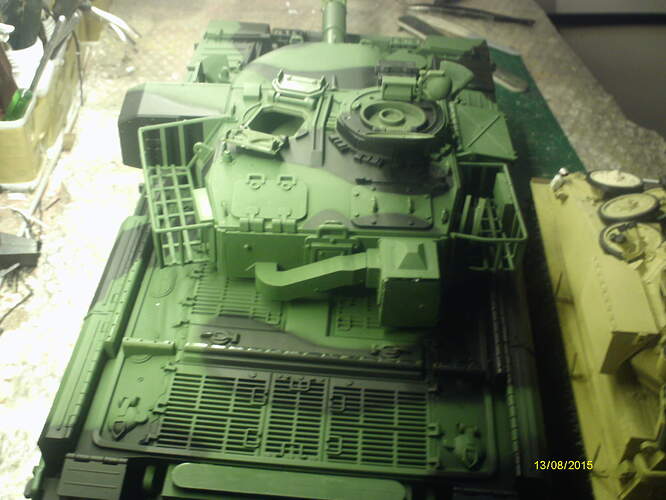 I wonder if they know the RH track is the wrong way round on the poppy version ??

the Mk 11 TOGs version was my very last Chieftain ride before we received our CR 1s. And will be keeping an eye out for that kit … they seem harder to get hold of now. 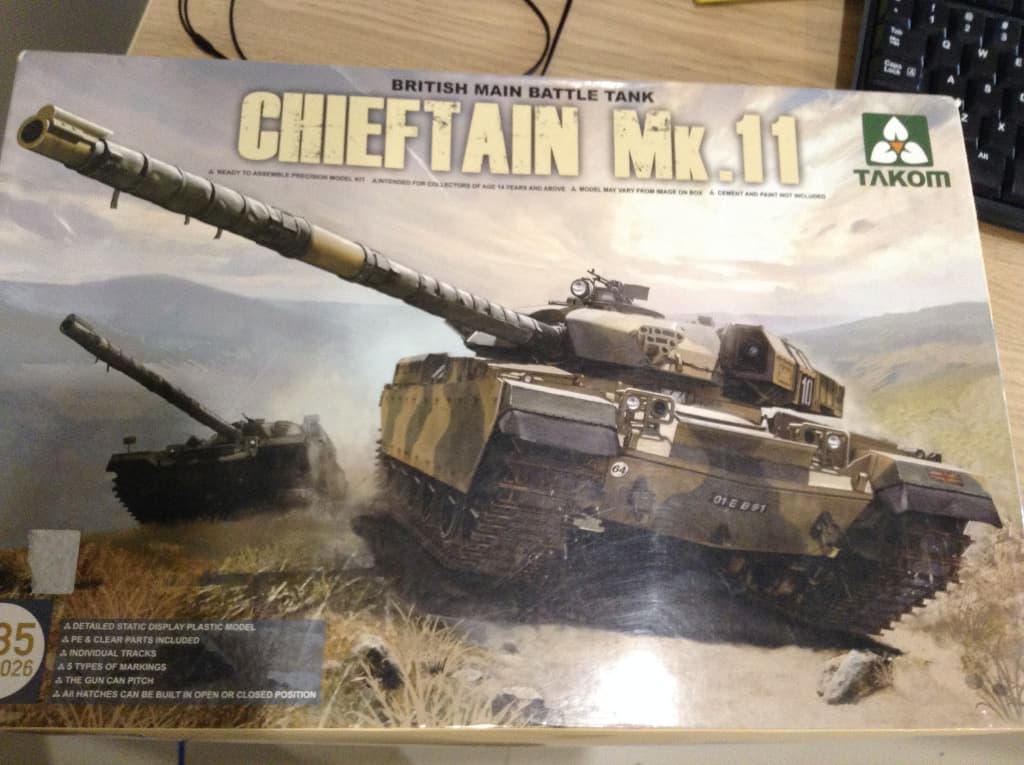 Yes I am evil…

LOL, Sorry about the track pick up on the CVRT… it was the first thing I noticed before I even zoomed in …

And Peter … Very very evil… The MK 11s just seem not so easy to get hold of at the moment … I will get hold of one eventually … to be fair it wasnt a ride we had for very long, only half the Regiment got them when they swapped over the Mk 10s and then they began phasing the CR1 in to replace everything, so we only had Mk11s for probably no more than 3 months and we handed them over. We didnt even take them on exercise.

Yeah, but it is not how long you were in the seat, but how happy you were sitting in it…

Thanks for the CVRTs pics showing the Cam scheme. The NZ CVRs dont often get seen so its nice to have a few shots of them. Good job with those gearbox decks and the lift handles. I can imagine its a bit easier and nicer to work in that scale as it allows a bit more movement in parts like that which you dont (or cant ) get with 1/35.
On the bottom pic of the original Chiefy, is that how the early Mks had their TX decks configured or how the manufacturers thought they looked ? Like I said before, I havent seen many (if any) of early Chieftains and the rear deck area. It may be worth me visiting Bovi in the near future.

Johnny if still having issue for hubcap you could cast one (some) using spruce glue or millyput and ordering from hobby craft, Gedeo Siligum Silicone Moulding Paste 100 G 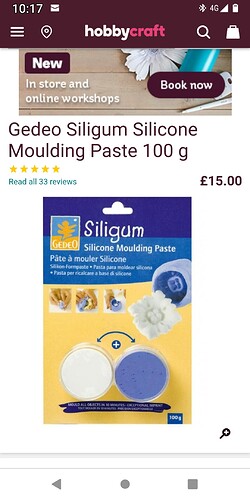 Re the NZ CVRT pics, since FB came along, there are a lot more pics available - The Mounted Trooper being a good source. The larger scale does allow you to make operating parts - though not always a plus - some of the parts become major projects.
The Haya Chief seems to owe a lot to the Tamiya Chief. How accurate is the deck? Not really sure, but it was before the expansion box was fitted so the Tranny deck was lower. Finding period pics of a full deck, rather like finding Hens Teeth, though Frenchie would probably prove that wrong.

Thanks for that steer @frank … that looks like a good thing to have anyway so will be investing in some. I have recently had a cunning plan regarding the hub cap and an old CR1 wheel station I had in my spares box which I clean forgot about, the hubs on those are 99% the same as a Chieftain to the untrained eye so will dig that out later.

Cheers @SSGToms … its all movement towards the end game

@AfvAficionado ,Thats the big problem really about ref pics like that. There are probably more pics of Panther G’s than there are of early marks of Chieftain, which seems crazy, but I understand it from working on them as well. Back in the 80’s taking pics was a seldom found luxury on exercise, we just didnt have the time or the smart phones we have available today.

You snuck this one in under the radar mate,

. An amazing build John, you certainly go the extra mile, all that filling and extra little details would be beyond me,

Though I have to say I’m not entirely surprised having followed your last build with interest, keep up the outstanding work,

…me, I’ll wait for the proposed Meng kit,

the hubs on those are 99% the same as a Chieftain to the untrained eye so will dig that out later.

If it is a styrene piece you have John, you can use the white silicone bathroom sealant as a mould (the white stuff not the others - they stick to styrene!). It is good cheap alternative for small parts like this. Test a blob on the side of the styrene to make sure your brand will come off when cured. Press the silicone in place making sure it is fairly thick to ensure the mould holds shape later. Mix some two part putty and press firmly in the mould and let cure. If the silicone is thick enough it will draw back into shape pushing the excess putty out of the mould.

Thanks Peter. I will try that tomorrow as I have a few tubes of that in the garage. I do love these little tips…

Now, I know it’s stretching it a bit, but it did happen so…
While in BATUS on the MedMan, I was in c/s 31. The Sqn Ldrs wagon broke down about 3km from us and we went to see if we could help. That was the first mistake of the day. He then decided he would swap wagons with us, which was fine as we thought he would just switch crews as well…this is when things became decidedly tedious for me… He has the great idea that crews can stay, it’s just him that will swap tanks … Just my bloody luck.
So he grabs a bit of kit, I grab the c/s plates and swap them over, and off we trundle as 0B for the next, as it turned out, 24 hours - which was not fun, …so technically I was crewed on 0B so I’m considering doing this as that poor unfortunate wagon… ?

we went to see if we could help

Rule No. 1: Never volunteer for anything.

And of course that’s what you should build! The best part about model making is the story behind the build. One day you’ll be able to bore your grandkids to tears with stories about getting dicked about the wilds of Alberta in that tank.

Rule No. 1: Never volunteer for anything.

0B. Reminds me of OB. I work in finance. Eons ago, when I worked in a bank branch, we had to process work for deposits to Cheque accounts at Other Branches (OB). These had to be collected and sent in to head office so each form could go to the respective branch (yes, pre- computers) but you usually did not get a lot of people with OB accounts.

Back then, when your work was done you went home, no staying til official clock off time, so we were always eager to be out asap. These OB’s were usually closed and packaged just before closing so they were ready to be put in the collection bag quickly.

Anyway, one afternoon just before closing an old woman comes in to deposit to her account. Seeing it was domiciled elsewhere, the teller called out to the batch clerk “I’ve got an OB”, meaning, “Don’t close off yet”. The old lady proceeded to start belting him with her umbrella… “turns out she though he meant she was an 'Old Bi**H”…

A tiny bit of work done.
Had to remove the mounting plate from the RH TUAAM box for the ABA as it was to small. The replacement bit is just a bit of sprue cut from one that had the right diameter. 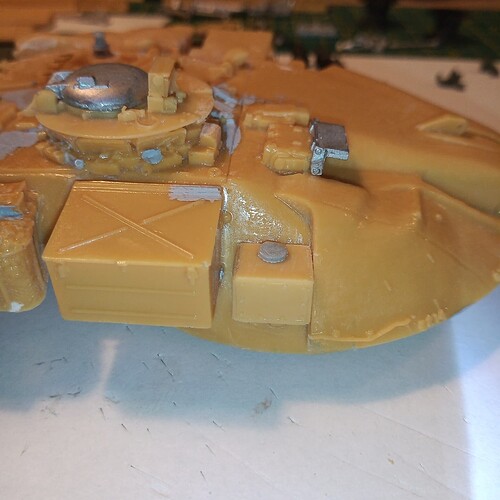 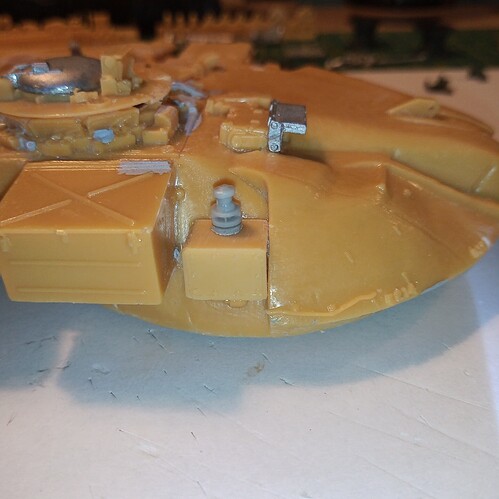 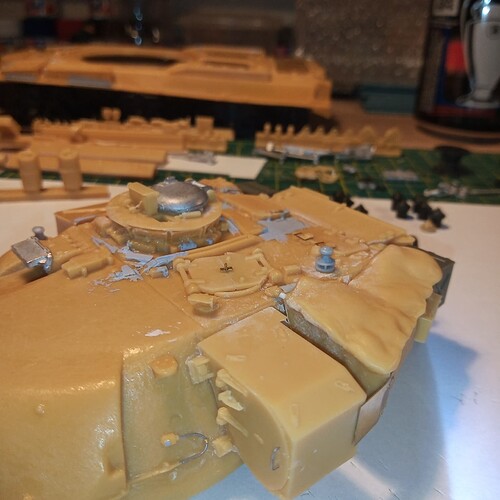 Also fitted all the lifting handles to the engine access grills. 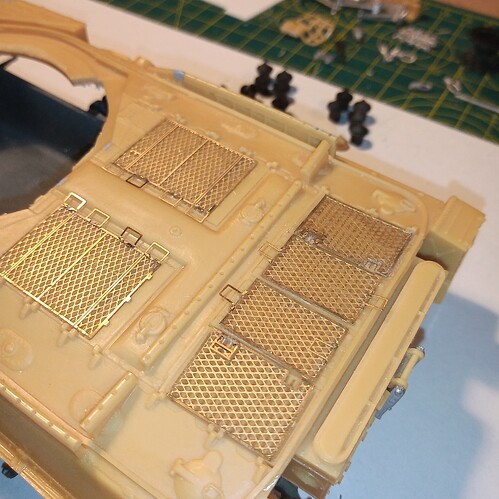 Okay guys, place your bets. How many handles will he break off before completion?