What is the best 1/35 Humvee,any version 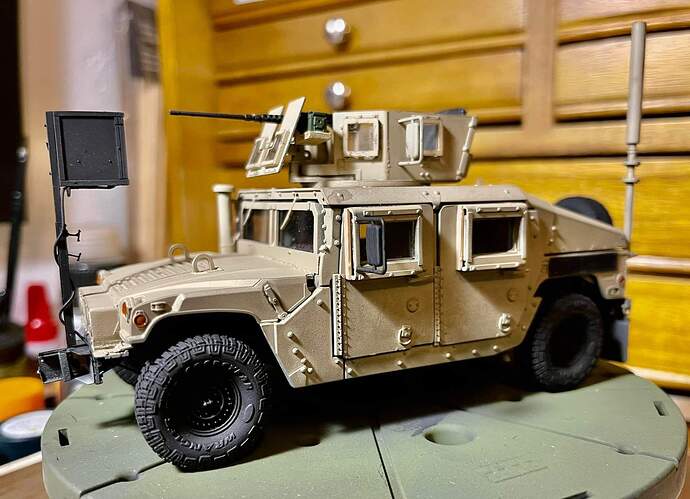 Yes,thats the look I had in mind. 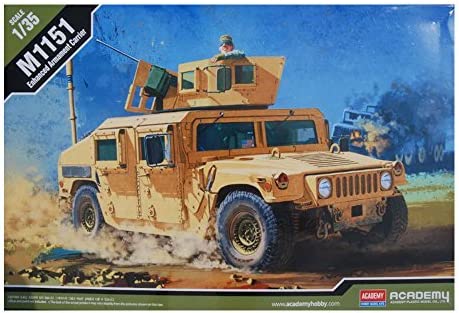 The Academy M1151 kit is really nice. I am working on one right now and the parts fit great.

The roof and doors are only dry fitted for now as I still need to paint the interior. I added a Live Resin MCTAGS turret as mine will be the USMC version. 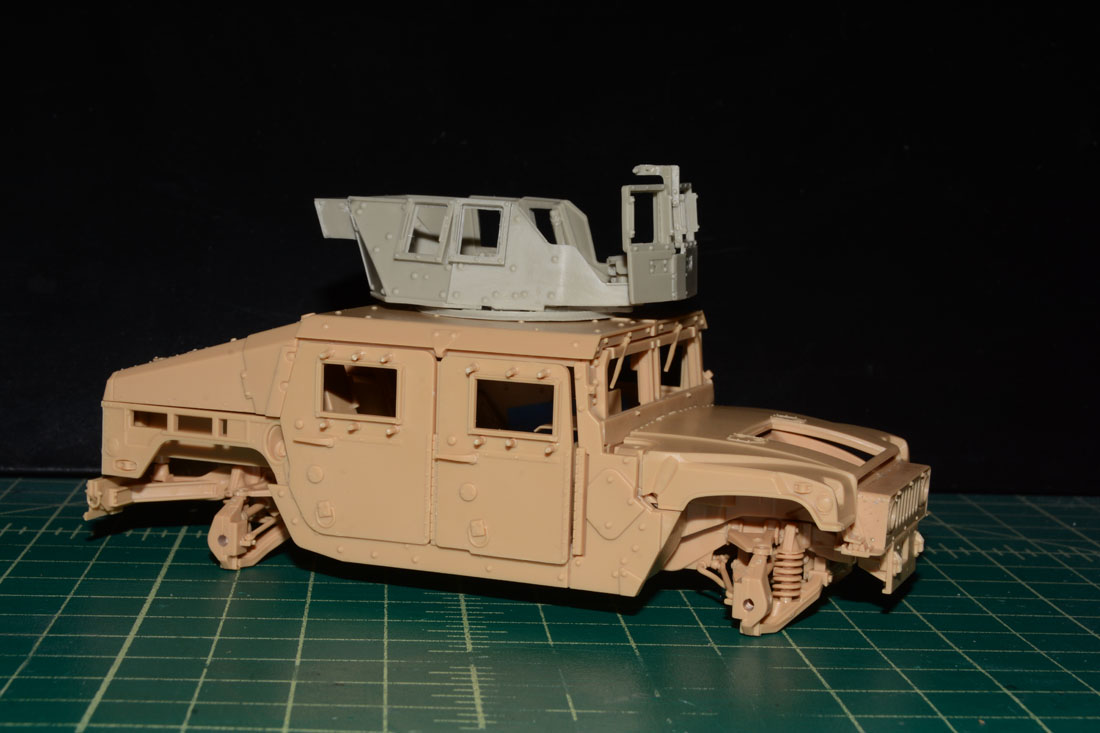 Personally, I have build the tamiya and the bronco, but not the Academy. If you want, just a plain regular humvee the the tamiya is good but if you want an up armored the the bronco is the way to go. 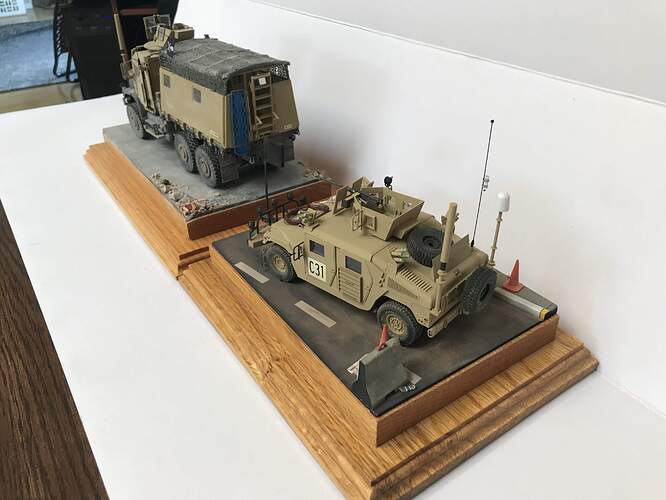 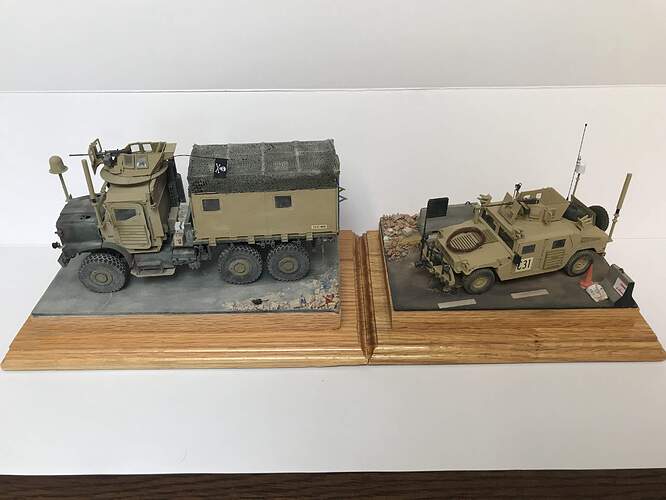 I have 2 more bronco kits under construction but I have used Def wheels and live resin Turret’s on them.

What about the Revell kit for a M998 version?

Thanks for all of the suggestions,I will take a closer look at the Academy and the Bronco as the up armored are the ones that interest me.

Only uses the canvas from Revell and as a basis I would take the Tamiya kit. I think that just fits together. 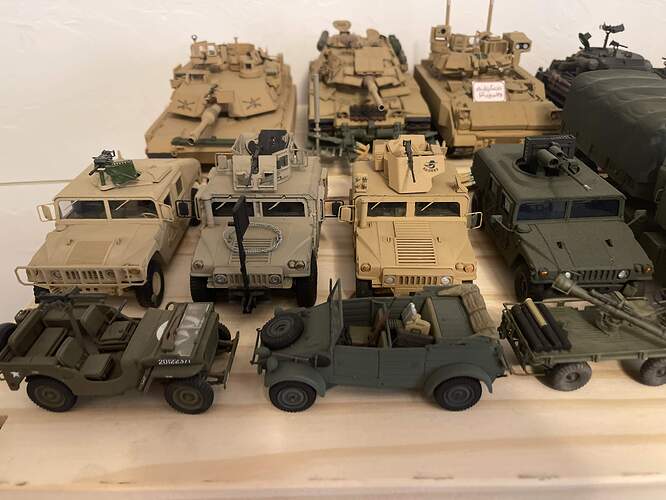 I have four variants of the Humvee that I’ve built.

Personally I like the Academy one best overall for Uparmored Humvees and the Tamiya for unarmored Humvees. The Bronco version, which represents the M1114 Uparmored Humvee is more complex in terms of small parts, lots of PE; but builds up nicely.

I have one of the M1114 HA variants from Bronco in my stash right now, plus two Tamiya Humvees and two Academy ones being built. 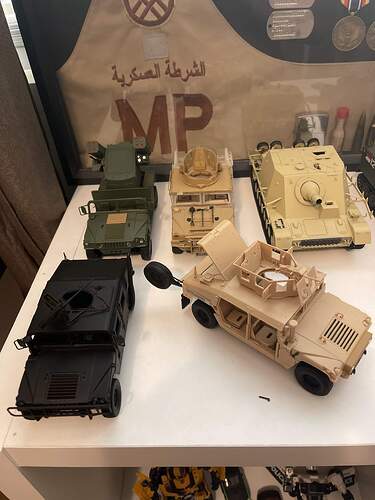 I’m not an expert, but as I said before, I would suggest swapping the hardtop with the canvas if the dimensions are reasonable. Also you can use the doors from the Tamiya kit.

I think there was one on set with canvas for the M998.

The academy kit isn’t bad, but the chassis doesn’t quite fit.

The set you’re talking about is the Italeri M998 Command Vehicle. 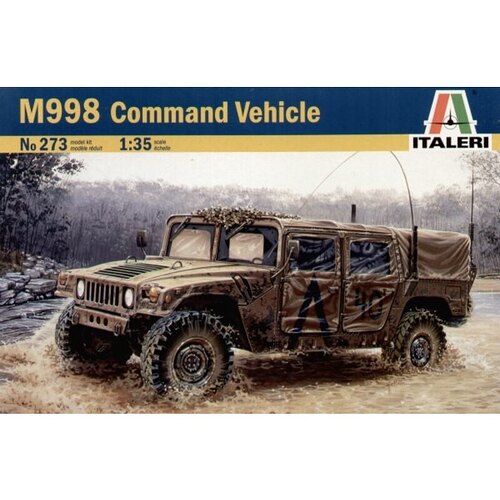 Yes. The Tamiya M1025 with the canvas from this kit does match.

Also; Verlinden used to make a conversion for the Italeri Humvee where the canvas was vacuum formed plastic with brass PE and resin components for the antenna ms and radios. 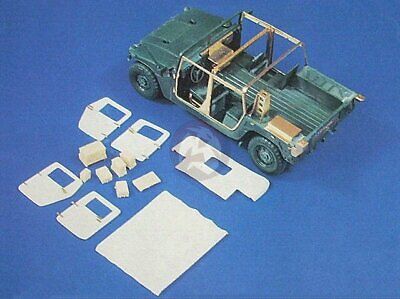 I have to second the latest Academy kit on this topic - taking into account quality and pricing factors. Tamiya’s offerings are also great but they may be out of production. Bronco’s are not easy to find nowadays (they may also be out of production) and a bit complex: not to mention its highest pricing.
All 3 light years ahead of Italeri/Revell old builds.

i like that MCTAGS turret. Live Resin does a great job with their turrets. 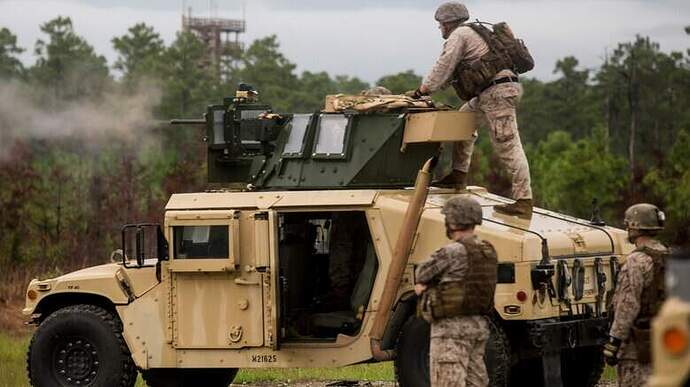 It really depends on what version you are depicting. Each company’s kits build up into different versions used at different times for different purposes. You first have to decide which time/version you want to build.

Academy’s M1025 Armament Carrier, M966 TOW, M977 Ambulance, M988 Cargo Truck, and M988 IED Guntruck were the best on the market and are still very good. They have some areas that are better detailed than Tamiya’s M1025/M1046 kits like the undersides and frame. They still hold up well and I still prefer them over Tamiya’s for a basic HMMWV. Academy’s M1151 is very nice for a more modern armored version.

Tamiya’s M1025 Armament Carrier and M1046 TOW are a little more updated than Academy’s with more internal storage pieces and newer features such as mirrors mounted on the A pillar, newer tires, etc. Tamiya’s old HMMWM with Bushmaster kit was a test vehicle with an M242 25mm “Bushmaster” cannon mounter on top. It, oddly enough, used the Italeri model (tires and all) as a base and added the parts for the hard top and gun.

Revell’s M998 Cargo/Troop Carrier and M1038 Cargo Truck are very nice as well for early HMMWVs. The soft top parts are more accurate than the Academy one in shape and size. The base HMMWV is the original Italeri version. The biggest issue with it (and all Italeri versions) are the hideous tires. They don’t represent any actual HMMWV pattern at all. With AM resin wheels, they can look very nice.

Italeri’s versions (M998 TOW, M998 Command Vehicle, M1036 TOW, Avenger, M998A1 Guntruck, M1097A2 Cargo Carrier) are pretty good. The above mentioned 4-seat, soft top command version is probably the most accurate of the bunch. Their Avenger model is pretty nice too. As stated above though, you need to replace the tires on all of them. They can come out nice with some work. Some of theirs were fictional or only test vehicles that were never fielded. These include the Desert Patrol version and SF Stinger pedestal launcher version.

Bronco’s M1114 is a very nice version of an older, 1st gen armored HMMWV. It comes in 3 versions to show how the armor and armaments progressed. It builds up well and has lots of details included.

Esci/Ertl HMMWVs were the worst of the lot. They were really bad, and you should stay away from them. The shape of the hood was way off, and the details are pretty soft.

TO further add to @HeavyArty’s comments. 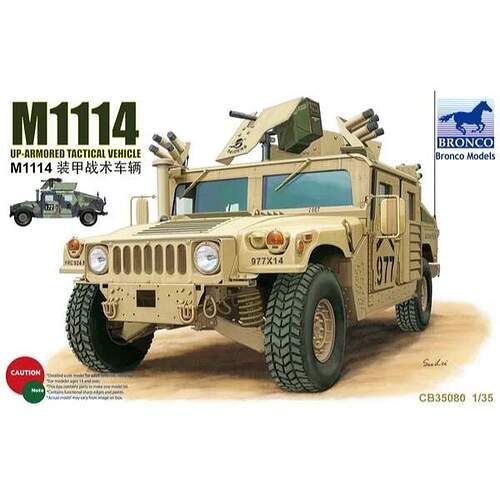 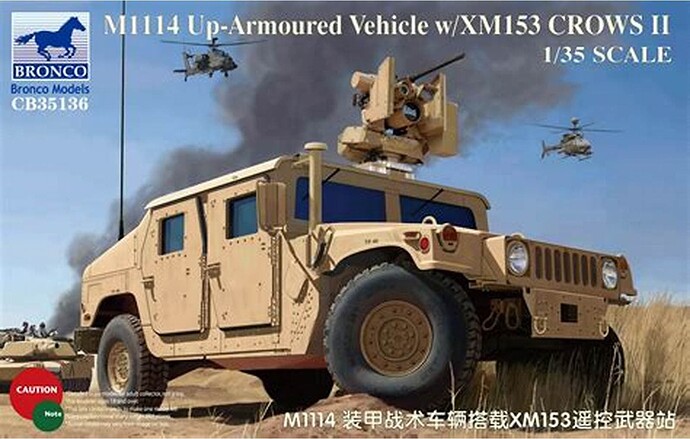 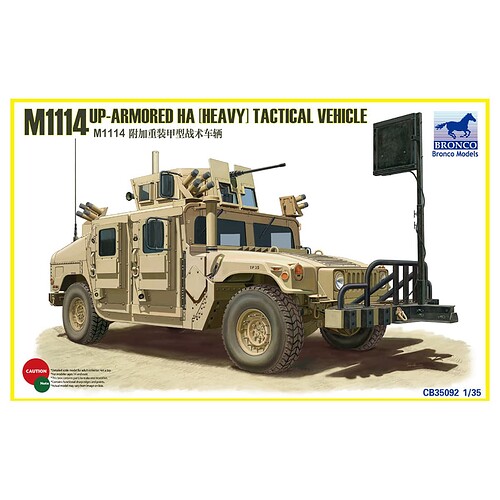 The Live Resin MCTAGS turrets are very nice. I have a few of them for different projects including a few more HMMWV variants. I plan to do my first Academy M1151 in the NATO camo with a sand MCTAGS turret similar to the one in the photo below. I have a spare Tamiya raised exhaust for it. 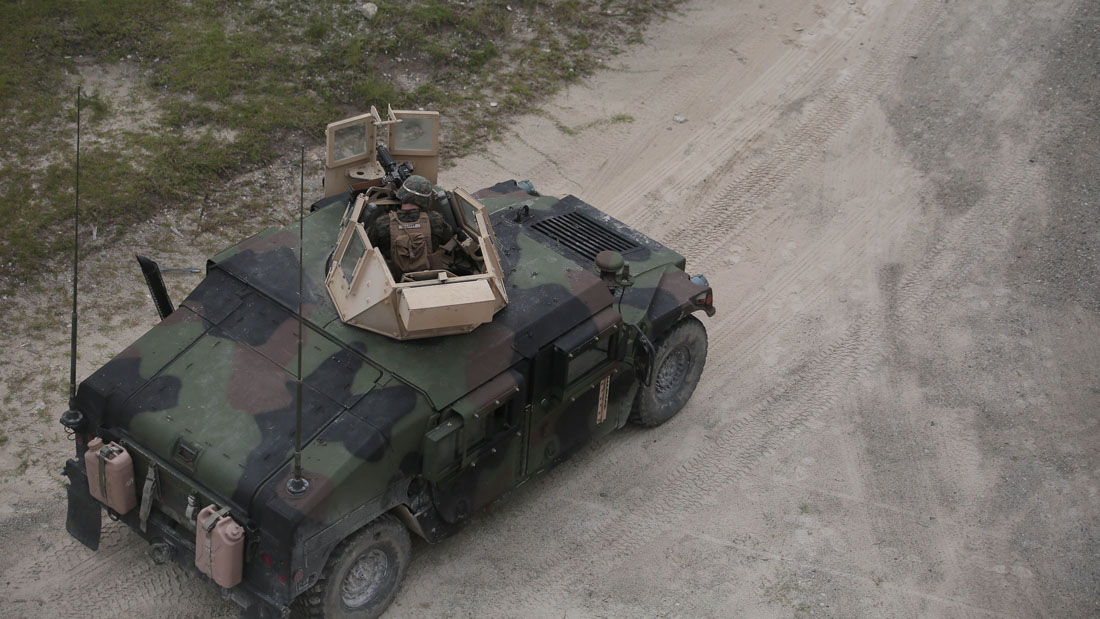 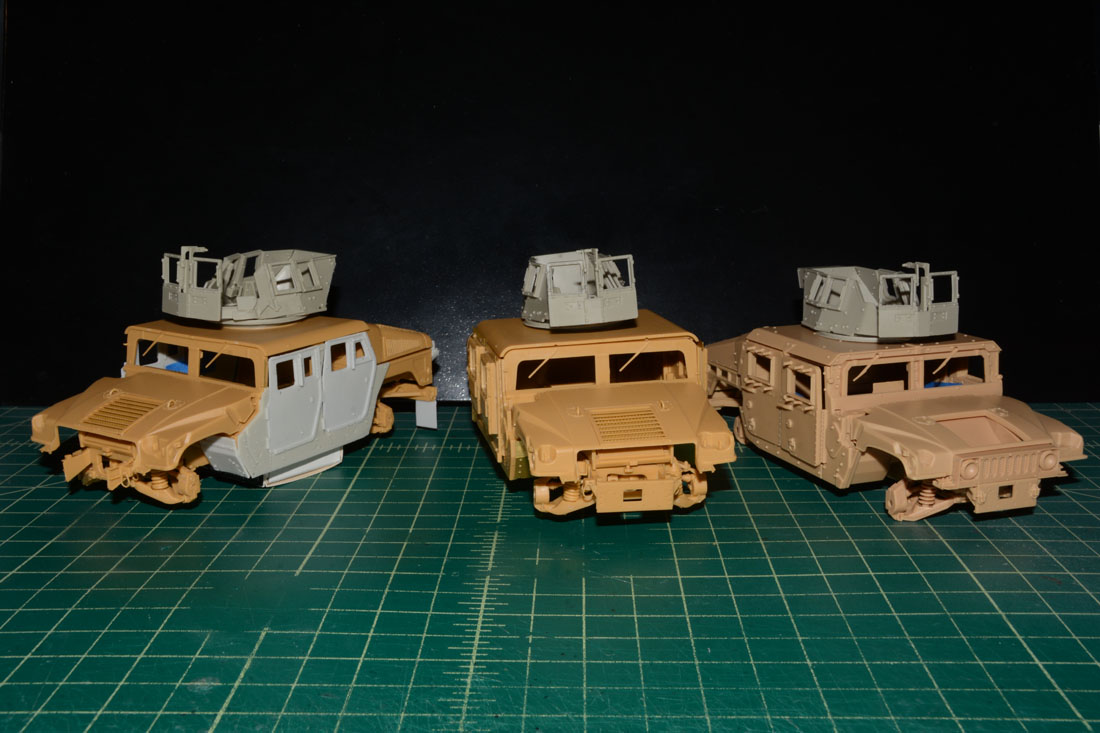 A couple closeup photos of the Live Resin MCTAGS turret. 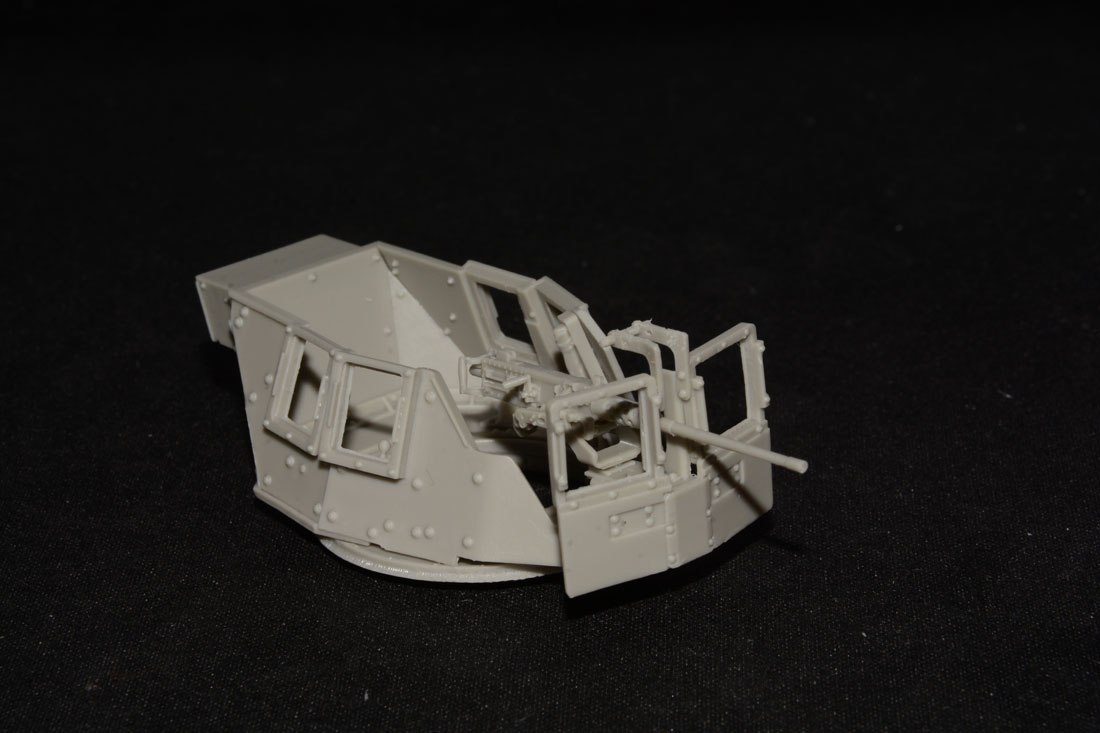 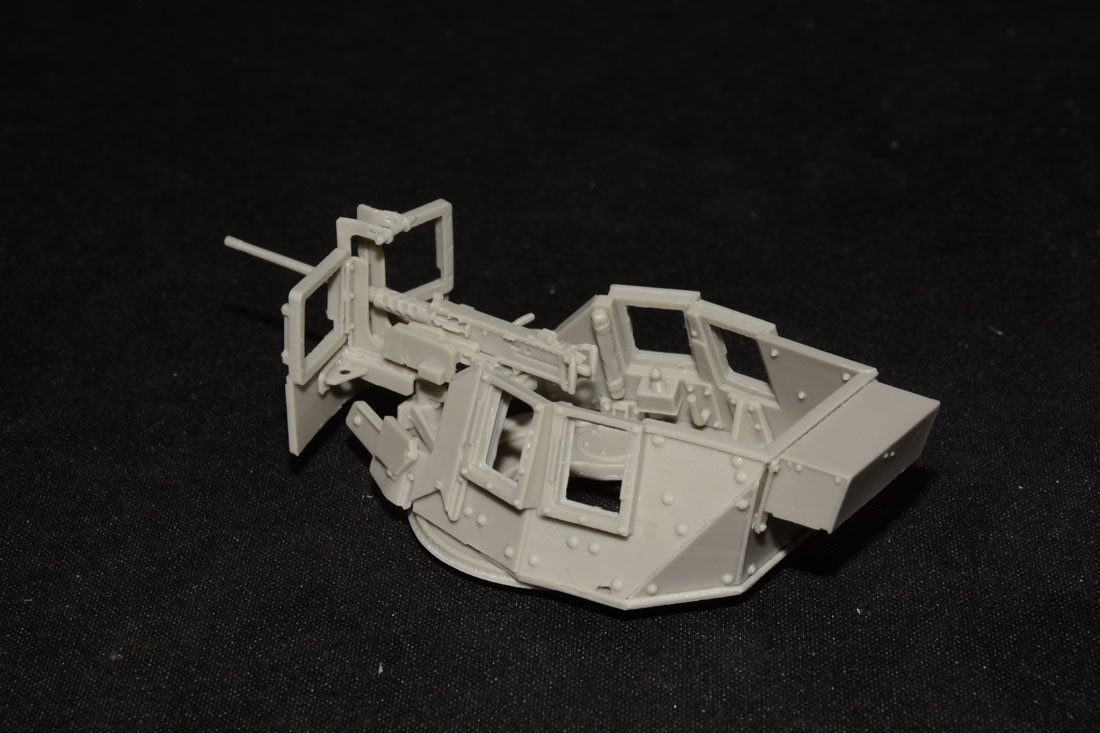