Hi guys!
Does anyone know what kit in 1/35 is the best one to build an Algerian Army BMPT-72?
I’m a bit confused about the correct version.
Is it the one as in Tiger Models BMPT-72 Terminator II kit 4611, or is it as Zvezda BMPT Terminator 2 kit 3695, which has the grenade launchers mounte on the sides of the hull?
I put my bet on Tiger Models’ one, but I’m not sure from the scarce photos I found online about the Algerian vehicles
Thanks!

Thanks Dan!
I’ll go for the Tiger kit 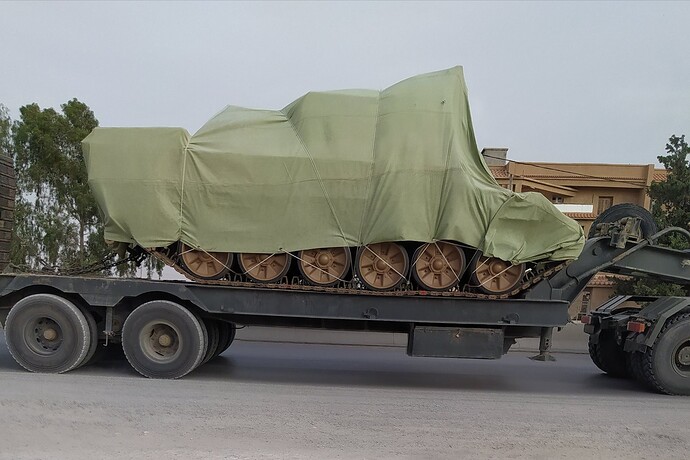 Photos posted on social media have revealed that the first BMPT-72 "Terminators" ordered by the Algerian Army have now arrived in Algeria.

contains this piece of text: “The BMPT-72 is a simplified version of the original BMPT Terminator offered by UralVagonZavod. Like the original Terminator, it is built on a T-72/T-90 hull and has a low profile manned turret armed with four 9M120 Ataka ATGMs and twin 30mm 2A42 autocannons. However, the BMPT-72 forgoes the two sponson-mounted forward-firing automatic grenade launchers and their two operators seated in the hull, and the Relikt explosive reactive armor package is more similar to that of the T-90M and T-90MS.” 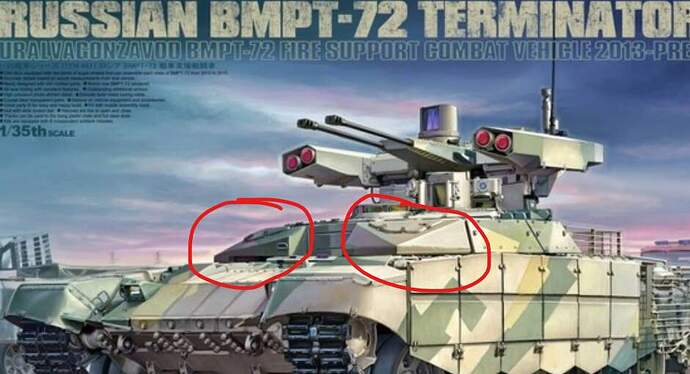 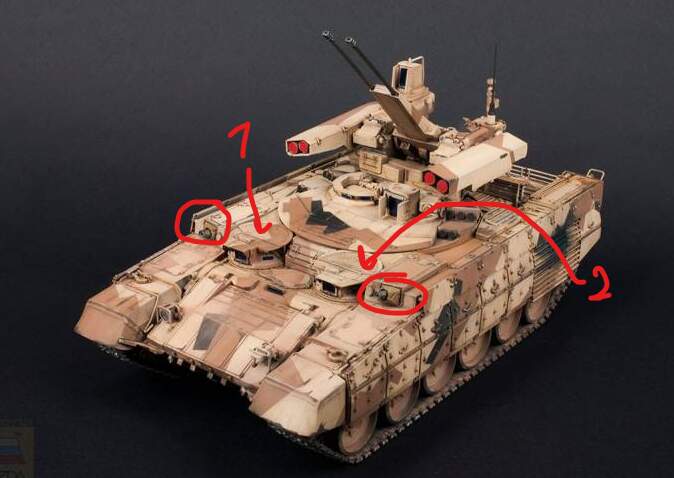 My 50 cents are on the Tiger Models kit 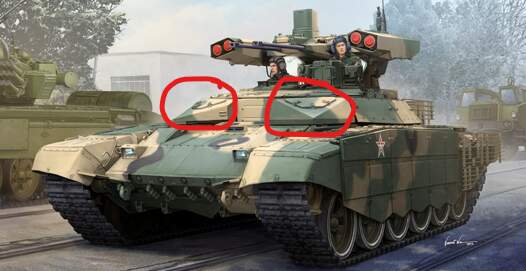 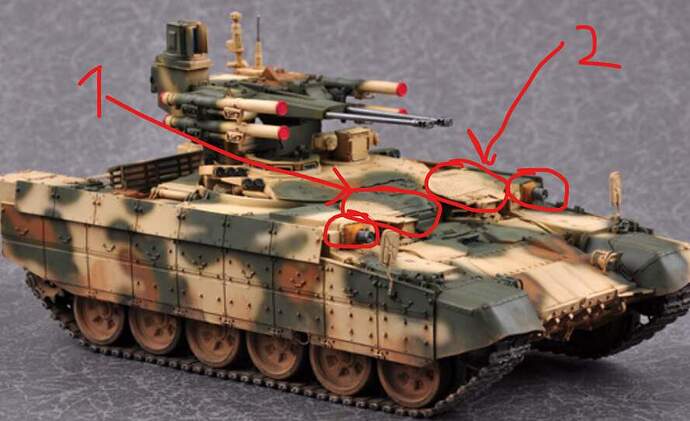 News agencies will use whatever images they can lay their hands on. One of the reports was illustrated with a photo of a Terminator from some Russian parade.
If I were to illustrate a news post and didn’t have a good photo of one without the two grenade launchers I could consider using one covered by a tarp since it will be more difficult to tell the difference.

These editors used a BMPT-72 captured at some exhibition and use both designations: 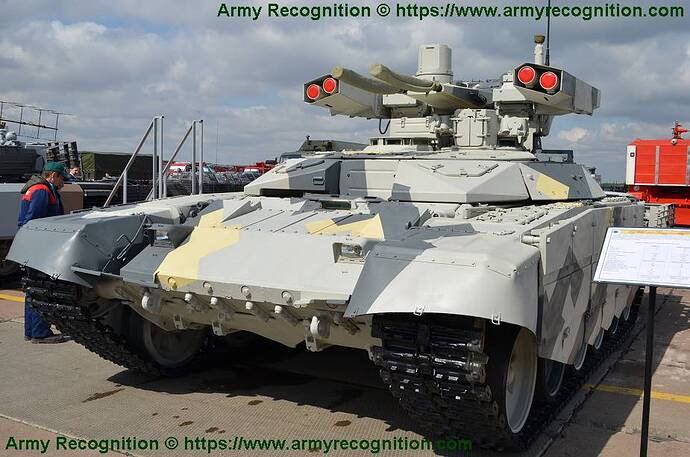 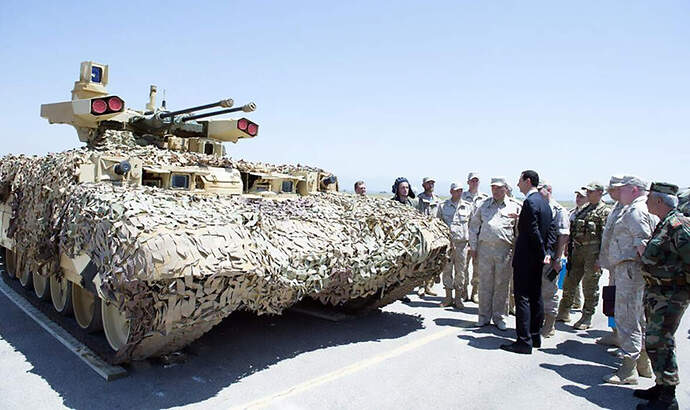 Algeria will recieve BMPT-72 in 2018 - MENADEFENSE

We were the firsts in 2013 to reveau that the algerian army was very in the BMPT Terminator Tank to reinforce the firepower of its armored componant. At that time the ANP was testing the armored support vehicle in its testing facility in Hassi...

"As far as we know from our locl sources, the deliveries will start in the first quarter of 2018 and could extend until the end of 2019. The version chosen by Algeria is the last one with a chassis very similar to the T90’s one. This apparentely was the reason for the delay in signing the contract, in 2013 ground forces tested the first version with 4 crew members, preferring the Terminator version 2, lightened in weight and in men and better protected "

The officer pictured in the Menadefense link wears Algerian uniform, same as these two speaking with General Stephen Townsend: 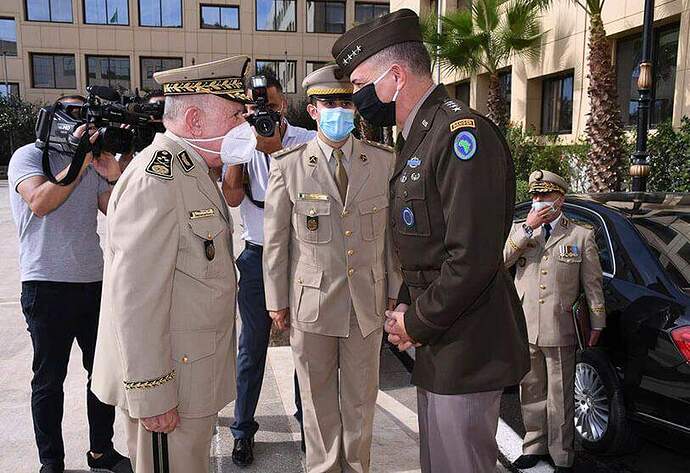 And yet the article you posted from overt defence clearly shows a terminator 2 under the tarp! Besides which there are Facebook pictures from Algeria showing the terminator 2, the difference between the BMPT 72 and the terminator 2 can still be seen under tarps.

contains this piece of text: “The BMPT-72 is a simplified version of the original BMPT Terminator offered by UralVagonZavod. Like the original Terminator, it is built on a T-72/T-90 hull and has a low profile manned turret armed with four 9M120 Ataka ATGMs and twin 30mm 2A42 autocannons. However, the BMPT-72 forgoes the two sponson-mounted forward-firing automatic grenade launchers and their two operators seated in the hull, and the Relikt explosive reactive armor package is more similar to that of the T-90M and T-90MS.”

I posted a link to overt defense, the image posted itself since Discourse tries to resolve links into a mini-display.
I posted the link to provide the source for the text I quoted:
“contains this piece of text: “The BMPT-72 is a simplified version of the original BMPT Terminator offered by UralVagonZavod. Like the original Terminator, it is built on a T-72/T-90 hull and has a low profile manned turret armed with four 9M120 Ataka ATGMs and twin 30mm 2A42 autocannons. However, the BMPT-72 forgoes the two sponson-mounted forward-firing automatic grenade launchers and their two operators seated in the hull, and the Relikt explosive reactive armor package is more similar to that of the T-90M and T-90MS.””
Relevant parts highlighted.
I don’t know where the picture of the Terminator I under tarps comes from, maybe a Russian one in Syria. News editors will use what they have if they don’t have the correct image they will use something which is “close enough”.
The menadefense page also shows a Russian Terminator I in Syria adjacent to the article about Algerias Terminator II.

https://www.defenseworld.net/news/20577/Algeria_To_Get_Russian____Terminator_II____Combat_Vehicles_In_2018#.YL9pb0y5mUk
" According to Algerian news daily Mena Defense, the deliveries will start in the first quarter of 2018 and continue until the end of 2019. It has not been confirmed how many vehicles will be delivered, but the report claims 300 have been ordered to accompany T-90SA main battle tanks.

Well, internally in my head I had the same debate that arose here.
While I would have preferred that Algeria had purchased the same version reproduced in Zvezda kit -since it is way cheaper than Trumpeter or Tiger Model- I’m afraid that I agree with Dan and Robin.
At least checking what was published -written- in the media so far.
I guess that I should wait until an actual photo of an Algerian Terminator is published.
Thanks for your replies guys! 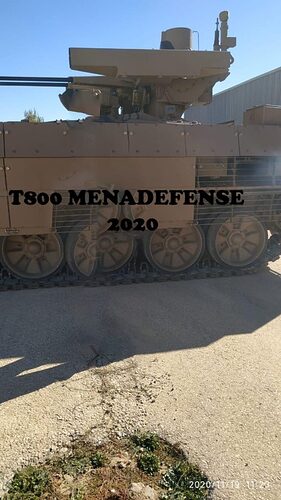 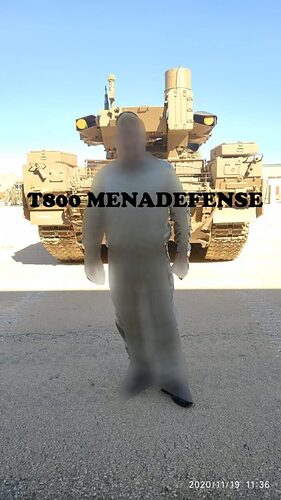 image576×1024 87.5 KB
These are the two images of Algerian BMPT and are clearly not BMPT 72s, neither are they the examples used in Syria. The press also have a habit of using the wrong designations for vehicles, until something comes up that disproves them being Algerian it’s all there is to go on.
Robin_Nilsson June 8, 2021, 1:50pm #11

Algeria tested both variants and prefered the simpler/cheaper Terminator 2.

This sideview has difficulties deciding what it wants to be: 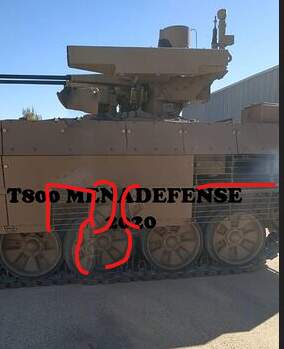 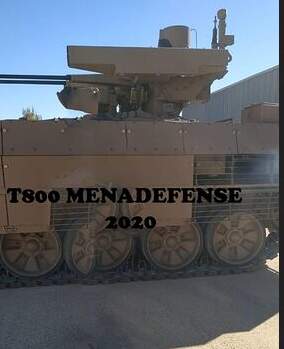 It resembles this Russian BMPT carrying bagged reactive armour as used by Russians in Syria. 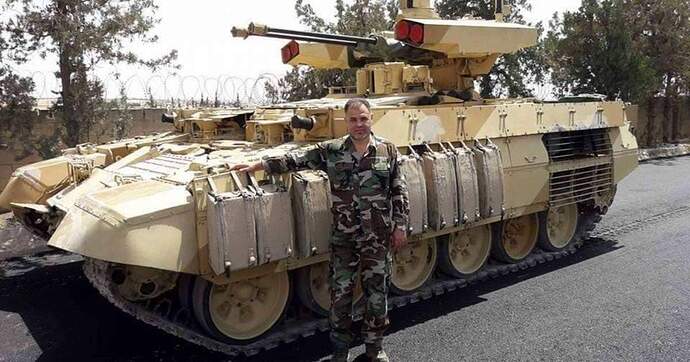 bild1200×630 104 KB
That could match up with the testing done in Algeria, the later/current Terminator I have a different side armour layout 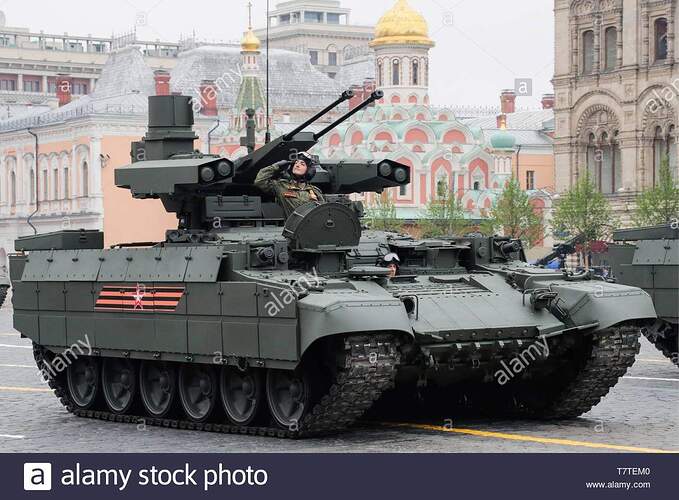 I prefer to go by the text in the articles since images can’t be trusted.
The one under tarps on the trailer has the skirt armour removed or folded up (can it be folded up???)

Yes there is a slight problem with the side view but the rear view still confirms it to be the BMPT and not the 72, even under tarps there is a significant difference between the two, the photos are dated Nov 2020 even written articles are a rehash of 2017 reports, the Algerian officer standing in front of the BMPT 72 is from a defence expo and not trials. Side skirts are removed normally for transport and no the don’t fold up, given the delay on delivery who knows what changes have been made to the agreement other than operating crew it makes little difference, maybe it is just a logistics thing, Russia is producing the BMP T setting up a new line to convert old T 72 chassis is way more trouble than it’s worth? time will tell.

It looks as if Uralvagonzavod has the Terminator 2 in their product line-up.

I can’t speak to the Termi, but I wanted to say that picture of General Townsend in the pinks and greens is really sharp; that is so much better looking a dress uniform than the old Army Class A’s.

Im trying to remember , but I believe the trumpeter kit is the same vehicle as the arms show variant and has some differences from the production vehicle . 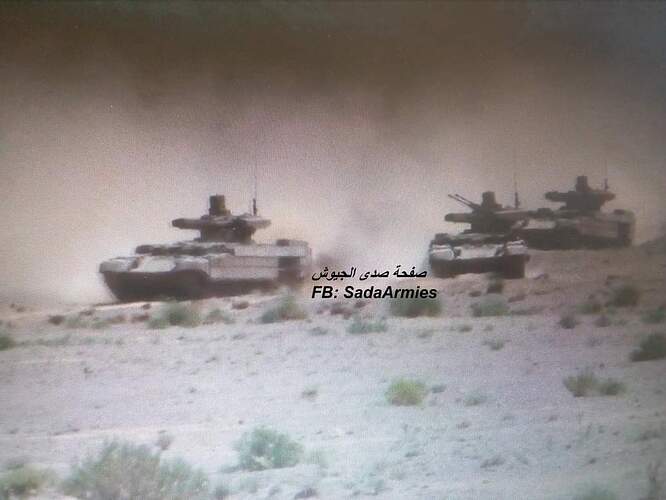 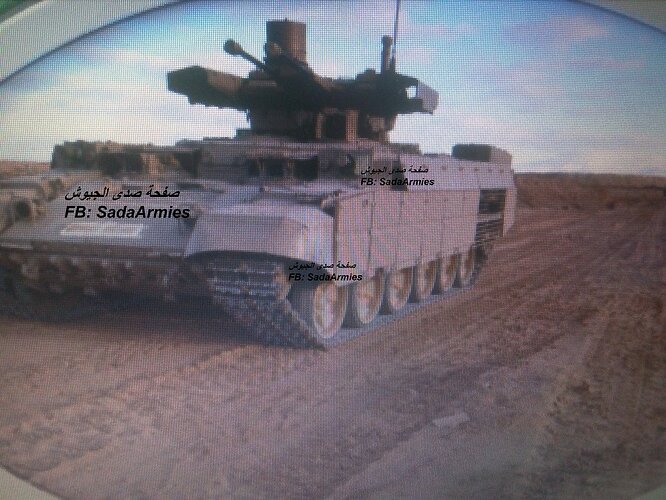 Thanks for the images.
With rocket launchers it is!

I’m surprised to see that as I thought they didn’t have this version.

Thanks for those pics!
I was pretty sure that they got the version without grenade launchers, luckily I asked
So I can go with the Zvezda kit #6395