Decided to prepare the thread already, I ordered the kit this week end despite its problem because I wanted a challenge, to increase my skills (and I may or may not be a masochist. The thread fro mtrack link and the tiger1.info review of this kit will be verry useful for me. Tiger 1 Early Production | Border Models | TIGER1.INFO https://www.track-link.com/forums/site_blogs/48387
The what if part will be this, it was only present on the prototype Hydraulic operation of cooling grilles | TIGER1.INFO
I decided to do a what if spz abt 505 vehicle with the modifyed turret bin. Now I want to know if all tiger I engaged by the spz abt 505 ahd barbed wire on their hull side or not, I kinda want to keep it for other models, and do all the gun mantlet opition provided fit for a january 1943 tiger 1? I’ve readed on youtube comment section that the kit is now out of production, is it true? Basically, most kits are out of production and the kit company has an inventory of molded parts and boxes in a warehouse to package additional kits. That’s how Accurate Miniatures which was local in Charlotte, North Carolina did it back in the 1990’s.

Many kit companies farm the actual production of plastic parts out to a company that specializes in injection molding. Accurate Miniatures did the kit design and an injection molding company in the Pacific Rim molded the plastic. Tamiya also used the same molding company that Accurate Miniatures did on occasion too as did several other manufacturers.

Best advice I have on modeling accurate Tiger 1 is to follow what’s on Tiger1info and what @DByrden says. A collection of photos of the specific Tiger being model helps.

I gave up on accurate Tiger 1’s long ago and stick with hypothetical or generic ones. With my limited references, I don’t know about the finer points of Tiger technical details. The Germans made something like 245 running changes to the Tiger 1 on a production run of about 1,347 tanks. Making changes every 5 or 6 vehicles on average. Then some had field modifications or were rebuilt to later standards. 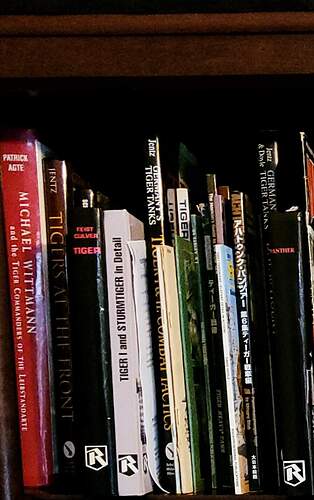 All of those gun mantlets could be made in January 1943 except for the pink one.

Not all 505 Tigers had barbed wire, and not all of the time either. Some had unditching logs.

ok thanks, I think I’ll do mine with the yellow gun mantlet, I wont open the ventilator grills due to them being innacurate, I may open the one behind the turret as it would be an original presentation for a tiger I and I’ll use the modified spz abt 505 bin. The color scheme will be brown/yellow sand as I’ve seen this interpretation too, it’ll also have some of the box accesorys like a helmet on the smoke launcher or the wastika reconnaisance flag. I do wonder if border didn’t inteded to release other variant of the tiger I, hence why the mantlet not corresponding to the january 1943 variant

I suppose they included the pink mantlet because they don’t know the Tiger well and they thought it would be appropriate. I have looked at the kit’s instructions and I don’t see any obvious preparation for future kit variants.

What do you mean by “the one behind the turret” ?

the grills behind the turret, that’s what I meant

That’s what confuses me. There are no grilles centrally behind the turret.

I think @sgeorges4 is referring to the four grills/grates located behind the turret to the left and right respectively on the rear engine deck that typically have screens over them. 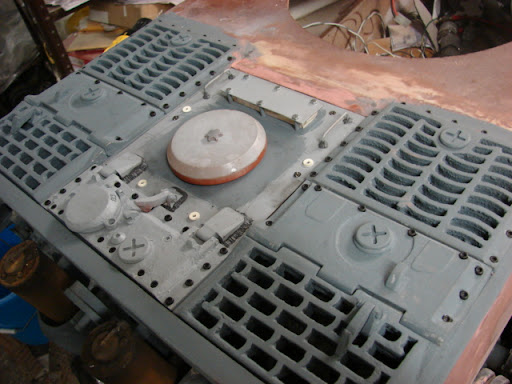 that’s what I was refering to, I want to open the big one (note that I may still have the dragon one, but I’m not sure,I think I’ll replace the tow cbla on the hull and the side using the one I got from the tiger H2 kit since I’ve didn’t add tool on mine)

why did border decided to retire the figure from the kit? I’ve seen modeler who would wish for something like that Border Model Tiger I Additional Photos | Armorama™

For what it’s worth: the big one was not on hinges. You would unbolt it and remove it completely.

so I’m not even obligated to put the part

I have several RFM kits as well as a couple Dragon kits and still a couple more Tamiya kits. Wonder if one could adapt the extra mantlet from one of the RFM kits to make it right? Seems like there are three or four mantlets in each kit. I’m more worried about the engine grates and road wheels than anything else
gary

wouldn’t it be possible to do S02 before the modification? There’s this picture were he has the normal mudguard and the shield are still here
https://www.militaryimages.net/media/panzer-vi-tiger-ss-panzer-regiment.85169/full

That picture shows a large-scale model and does not resemble S02 correctly.

how did you determined it’s a model? I couldn’t tell the difference

Well, as I said, I know what the configuration and the version of “S02” was, and it does not match the model.

But also, the rear mudflap and the side skirts are obviously not real ones. The shapes are wrong.

ok! My kit just arrived, didn’t thought it would be that fast with super hobby and I got lucky enough to get a ritterkreuz. Not starting it until I deal with my jpz E100 (adding the track).

what do the part B1/ Z09/ B42 represent? From the rendering showing the gun mantlet option I’ve posted earlier, they appear to be the blue and green part 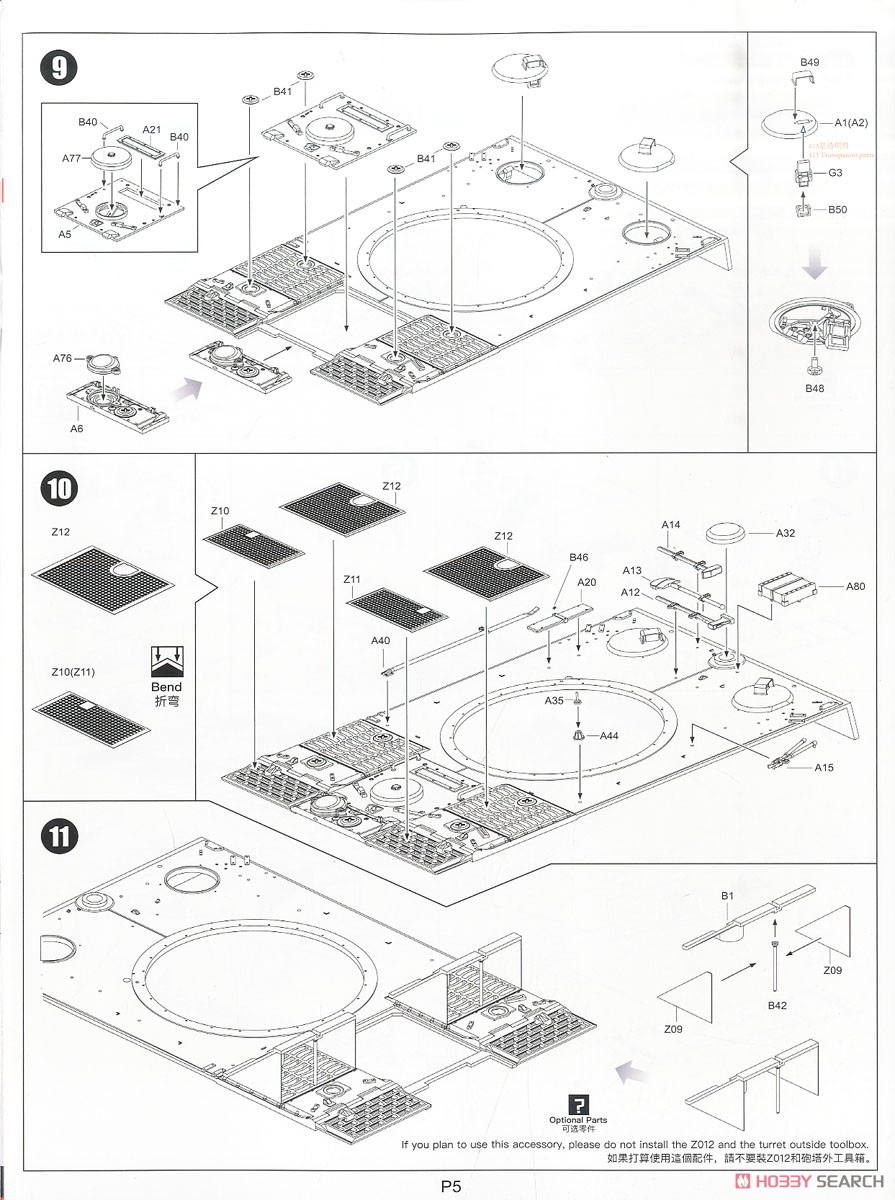 revisiting the track link thread and… not sure why did border thought they were on the top side of the hull instead of inside it https://www.track-link.com/forums/site_blogs/48390