just watching some of the royal funeral and i was wondering if this is a British army wound badge on this chaps shoulder? 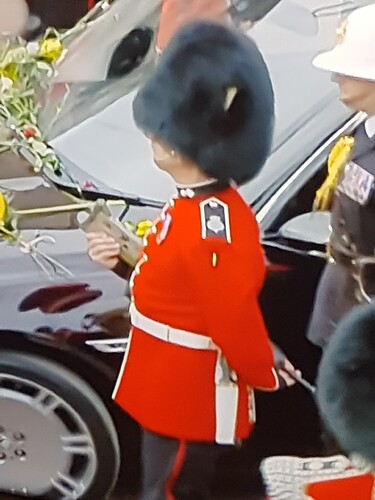 Dreadfully little on the internet on this. Maybe it’s a caterpillar?

i took the picture of the funeral procession from the TV using my phone but I’d like some one on here in the British army to confirm it. 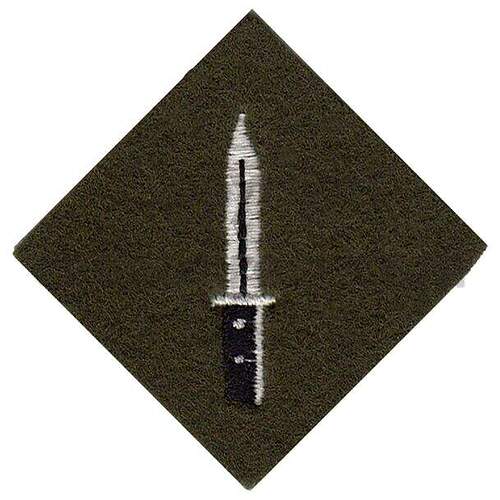 As always, happy to be proved wrong!

As an afternote the British Army discontinued wound stripes I believe after WW2.

The Wikipedia article for ‘wound stripe’ notes “British soldiers have not been awarded Wound Stripes for any conflict after World War Two.” Additionally, it was to be worn on the left forearm between any good conduct/long service stripes and the cuff, not below the shoulder strap.

he was the only chap wearing this badge in the procession none of the others haf this badge.

I think it’s the ceremonial and mess kit Commando Dagger badge. It has a red background which wouldn’t be seen unless really up close. 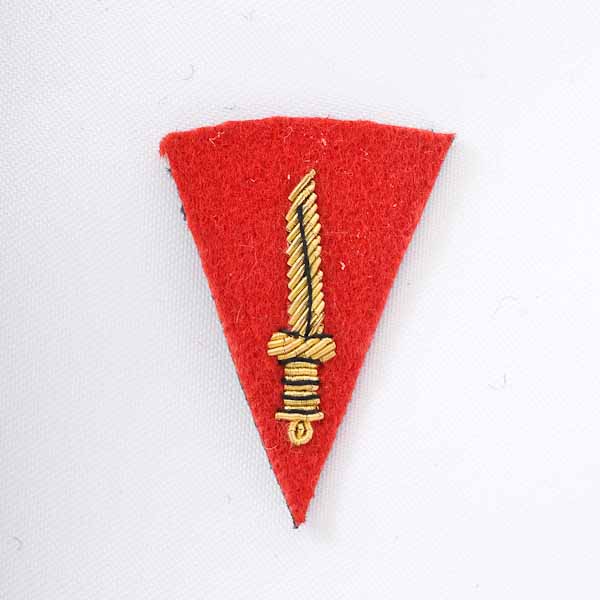 Prince Andrew is wearing one on this pic I think. 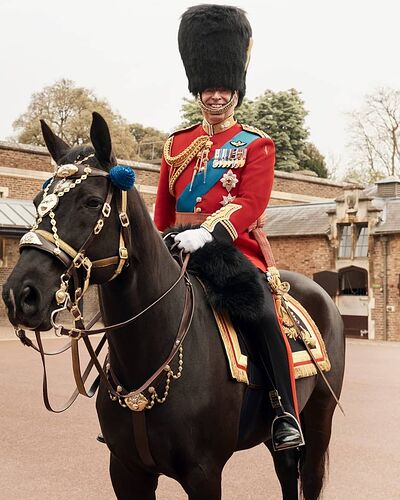 Max, you beat me to it by about 45 seconds about the ceremonial colours …lol …
But I’m not sure it’s the commando course ? The dagger is more like a bayonet so it could be as boots said, the combat infantry course.
The normal all arms commando badge worn in the army is a red dagger on a black arched triangle… Those colours would clash with the red tunics

Ifs there’s no confirmation by Wednesday, I will phone up the Regt Tailor and ask them direct as I want to know now lol

I agree that the dagger looks wrong for the All Arms Commando Course (AACC) but if it was the CIC badge then there would be a lot more wearing it, the majority I would say as they would all have attended the CIC course at ITC in Catterick,

It’s the all arms commando course.
Mystery over. 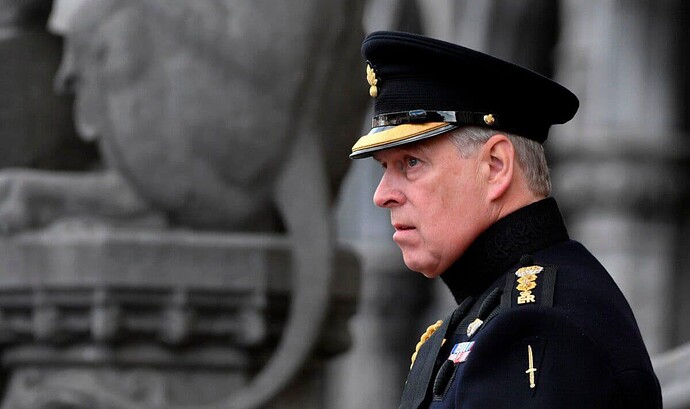 You can see it clearly now on his frock coat.

The reason it looks different on the tunic badge is they use real heavy gold thread and it’s hard to get it down to a point as in normal badge sewing.

Ah there we go then. I do seem to remember our gym QMSI wearing one on his mess kit and his wings on the right shoulder.

Yeap, like I said, when they make them, it’s reinforced real gold thread, and it’s to thick to get a defined point and blade shape for tunics or mess dress.

Just blagged this off the www; looks like the Commando badge has more definition, ie looks more like the FS fighting knife than perhaps the version shown earlier. 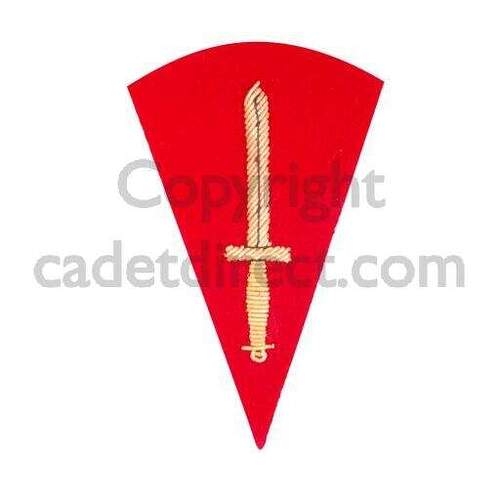 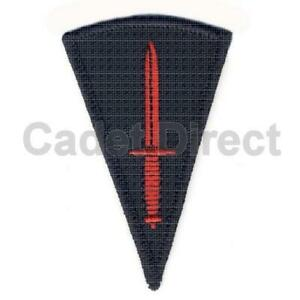 This might be compounded by both being on a triangular background, but that in itself could be for manufacturing purposes, in other words both the Combat Infantryman’s badge and the Commando` badge could be on a similar piece of cloth for ease of tailoring, and the devil will be in the detail of how well the weapon is depicted subject to whatever firm is used for the embroidery.

'Not sure if this helps at all!

Having just re-read David’s piece above, if he was the only one wearing the badge I would think it unlikely, that amongst a group of Guardsmen that only a singleton is wearing an Infantryman’s “trade” badge (ie you’d expect most to be wearing one) so it could, indeed be the Commando badge, which is a little bit rare amongst most, even Infantry I should think.

That’s sort of what I mean; if a Guards unit was going to wear Combat Infantryman badges then nearly everyone would have one; I suspect that being Guards they consider themselves professional infantrymen anyway, so would eschew such badges - probably as beneath their dignity.

I’m still not sure I’m explaining myself clearly but it is late(!)

A CIB is beneath NOBODY’s dignity!

ok, so are we all agreef that it is the AACC badge?

the question now is why is a guardsman wearing it?

also i thought they reinstated the wound badge during Afghanistan/Iraq, due to prince Harry kicking off about it?