British vehicle used by Americans. It is not a classic Land Rover, but it is such a small curiosity. OOB model 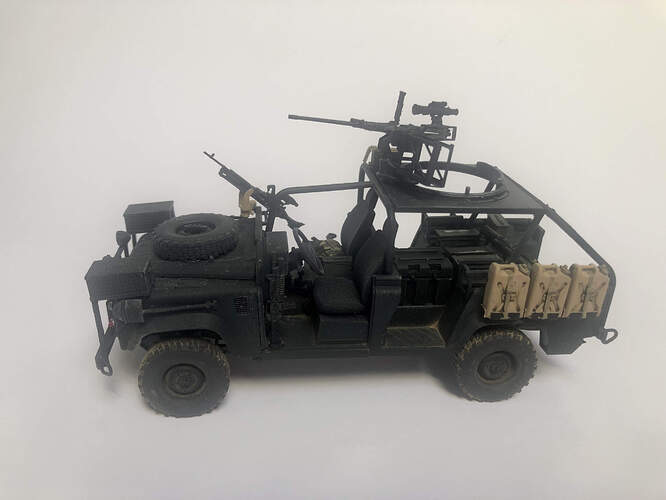 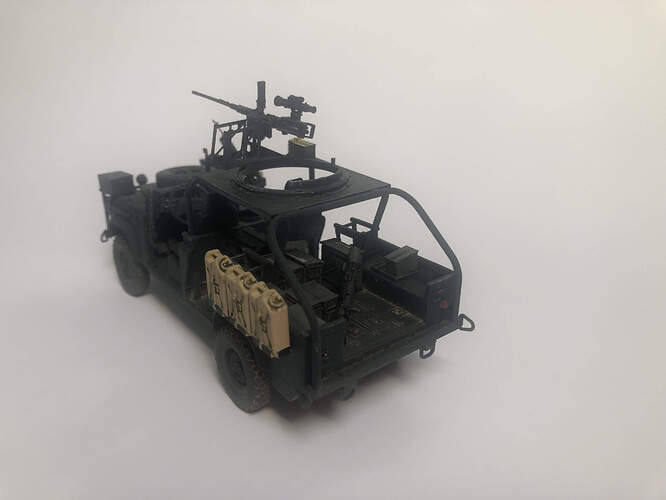 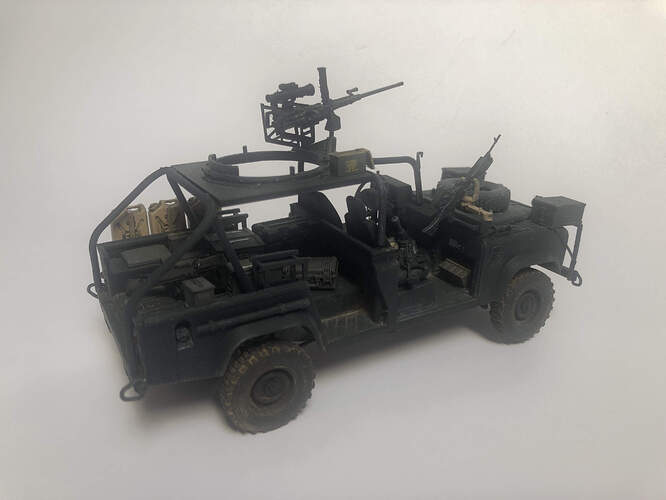 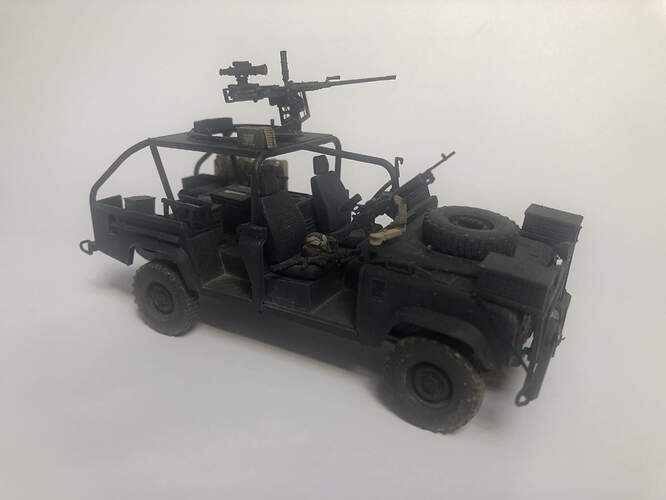 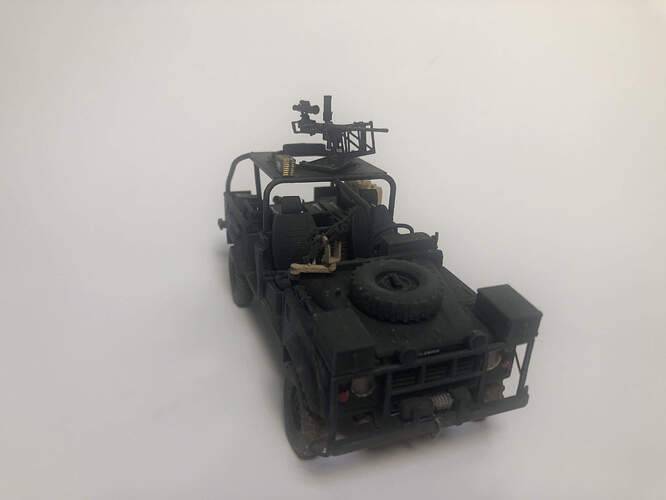 Very nice - looks sort of sinister in that finish.

Very nicely done Piotr. I think the Ranger Regiment used those no?
Tell us more about the kit , build etc.

Yes - this is a vehicle used by the Rangers. I have over 70 humvee built so the LR is a nice change. Construction without problems. I was only worried about the color - painting with black is not easy, but I think it’s ok 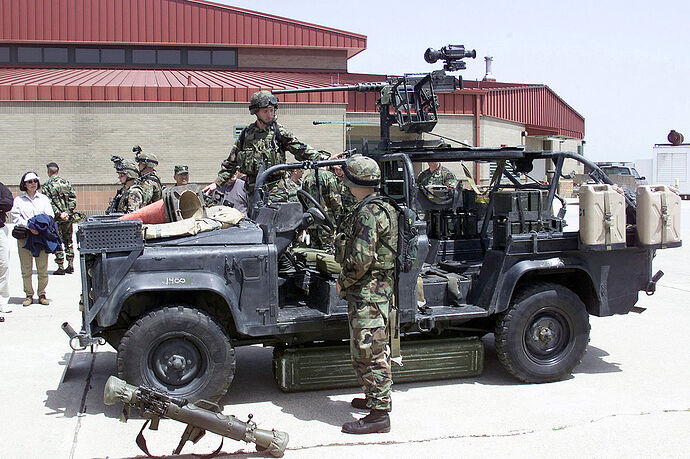 Just a quick question, would those have been an automatic transmission or manual?

Its a five speed manual gearbox.

Interestingly, the rover engine originally started out life in the USA, as a Buick. True story that.

So same box as us then. I drove a HMMWV in Baghdad and found it fairly sluggish, a lot of power but it took a while for it to build up. 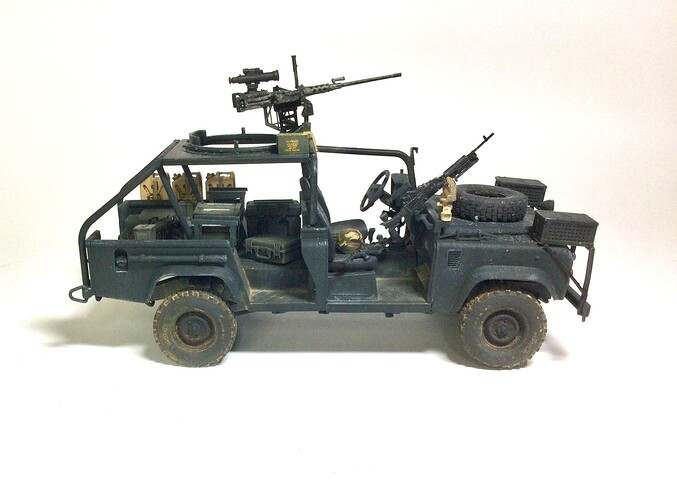 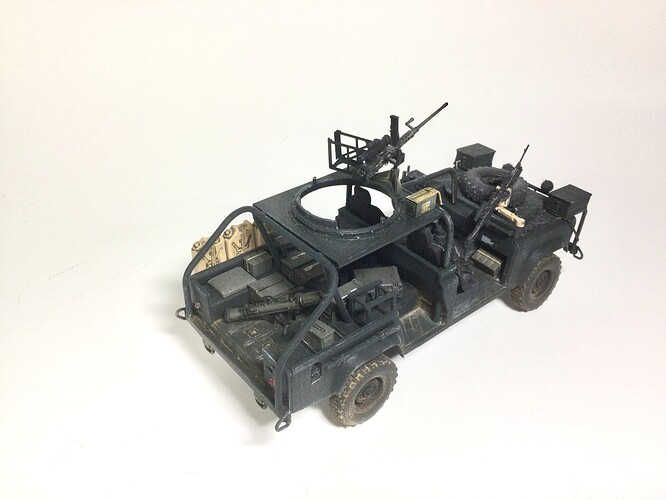 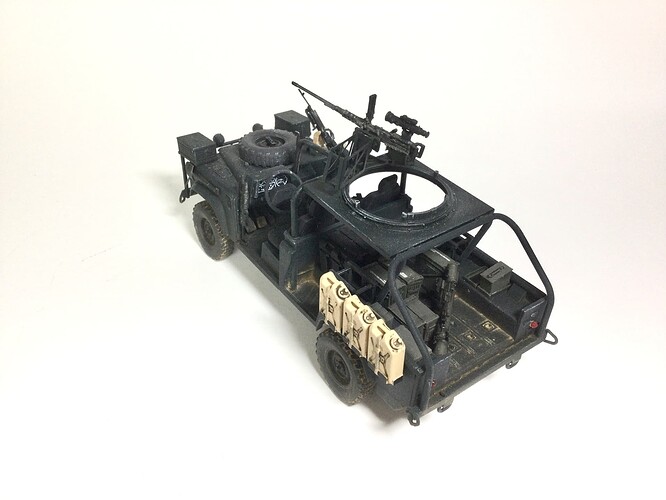 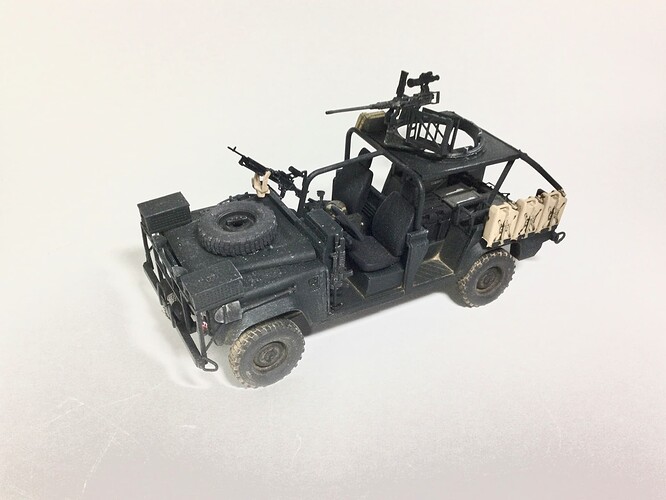 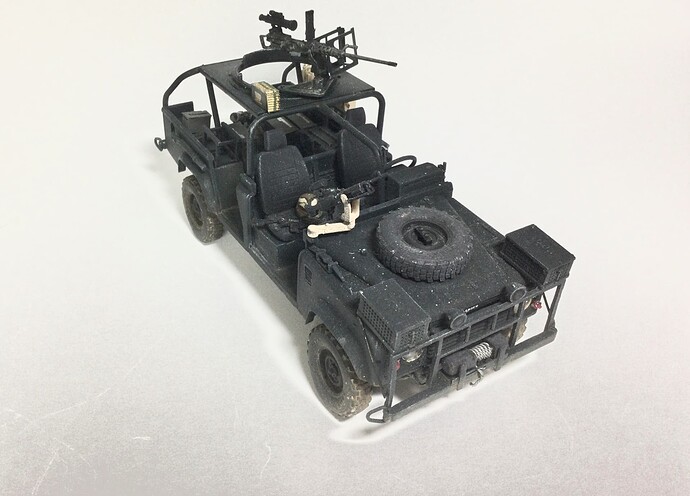 beyond a doubt the RangRover is a good vehicle the only downfall was the steeringwheel being on the wrong side!

beyond a doubt the RangRover is a good vehicle

Point of order; it is actually based on a Land Rover Defender 110. Range Rover is a civilian SUV.

Rover is a civilian SUV

Or, as we here in the UK call them, "Chelsea Tractors’.