Alright, admittedly I know next to nothing about building scale model ships. I’ve only ever built one, a USS Arizona model when I was like 12 that as you can guess was less than impressive. I mostly build aircraft and armor, but want to try my hand at a ship.

I am moving to Houston in the near future, where the USS texas is now docked so I was thinking of building this interesting ship at some point. I have been looking at the Trumpeter versions as they look nice.

Thanks in advance and feel free to offer any additional advice!

Trumpeter ships are okay,some are not real detailed.I would recommend a 1/350 destroyer first to get your building techniques down 1st.
Trumpeter and Tamiya make nice Fletchers,and Tamiya and Hasegawa make nice IJN kagero class

thanks! Probably good advice to start on a smaller ship. I just realized there was a flower class corvette named after my home town. Maybe I’ll start with one of those

Edit: looks like the 1/72 scale for those are very pricey! The fletcher class looks interesting!

Edit: looks like the 1/72 scale for those are very pricey! The fletcher class looks interesting!

You can always build the 1:144 scale version of the Corvette also offered by
Revell of Germany.
Cheers,

Trumpeter ships can be good but they also can miss ‘big’ detail.

Tribal class destroyers they got the shape of the bow wrong and supply an 8 barrel Pom-Pom these ships only ever had 4 barrel Pom-Pom and no it’s not just a case of cutting off 4 barrels.

That just to name two examples yes they can be fixed with work and AM parts but saying that their Fletcher is nice if you put some work into it. (Gun houses are the wrong shape, AM are available)

I have some ships but not many but some differences between them and ac/armor building. Typically much smaller parts, lots more PE and rigging with lots of it for Pre-Vietnam Era ships. I think research is needed more then maybe other genres because the number of paint schemes and upgrades possible on a class and manufacturers not providing as many versions to build, ie with ac you can get early or late model or mk X version. Armor is Tiger manufactured in Oct 43. With ships you get class X and maybe one retrofit, Is that correct or you want a different upgrade it’s on you to research and get am or scratch the rest.

I’d echo Anthony’s comment above about Trumpeter and Tamiya making nice Fletcher class destroyers. For a modeler new to ships I’d recommend the Tamiya 1/350 Fletcher - accurate shape, well executed detail, relatively larger scale and low cost. It builds into a good looking model out of the box and there is plenty of aftermarket available if you want to improve it.

I was looking at this yesterday, and heavily leaning that way. It’s also only 40$ which is a price I’m comfortable with for my first foray into ships!

Also considering trumpeters 1/350 Graf Spee? Anyone have any feelings in this kit?

Try steelnavy.com or modelwarships.com. They might have some build info.

Thanks I had seen a model ship builders build review. Looks decent!

None of the destroyers held my interest. The Graf spee is an interesting subject to me without being overly complex for my first ship like some of the large battleships and aircraft carries

Have you thought about HMS Abercrombie? Battleship guns on a small hull …

Thanks! Not my cup of tea but interesting ship.

I think I must fit for the trumpeter 1/350 USS England. Seems like a decent sized ship for my first build and not too complex.

Wish there was a 1/350 Edsall class DE, as I’ve been on the Stewart in Galveston.

There is an Anatomy of the Ship book about the USS England.
" named in honor of Ensign John C. England (1920–1941), who was killed in action aboard the Oklahoma during the Japanese attack on Pearl Harbor on 7 December 1941. Her sinking of six Japanese submarines in twelve days is a feat unparalleled in the history of antisubmarine warfare."

USS England (DE-635), a Buckley-class destroyer escort of the United States Navy, was named in honor of Ensign John C. England (1920–1941), who was killed in action aboard the battleship Oklahoma during the Japanese attack on Pearl Harbor on 7 December 1941. Her sinking of six Japanese submarines in twelve days is a feat unparalleled in the history of antisubmarine warfare. England was launched on 26 September 1943 at the Bethlehem Shipbuilding Corporation shipyard in San Francisco, Californi...

I think I must fit for the trumpeter 1/350 USS England. Seems like a decent sized ship for my first build and not too complex.

With very minor equipment changes can also be built as a RN Captain class.

Pulled the trigger and bought the uss england. I am now looking for photo etch. I was leaning to wards the toms model works set. How is the quality of this company’s photo etch?

Tom’s Modelworks etch is quite good, but my recommendation would be to get the Gold Medal Models set for the 1/350 England which is a bit more expensive but definitely superior.
http://www.goldmm.com/ships/gms350-38.htm

If you don’t mind me asking, what makes it superior? I’m fairly new to ship building so would appreciate any info. It works out to roughly the same price. It’s $10 more than the other stuff but shipping is $8 less

Sure. Both sets are essentially accurate, but the GMM set employs three dimensional etching for more surface detail. 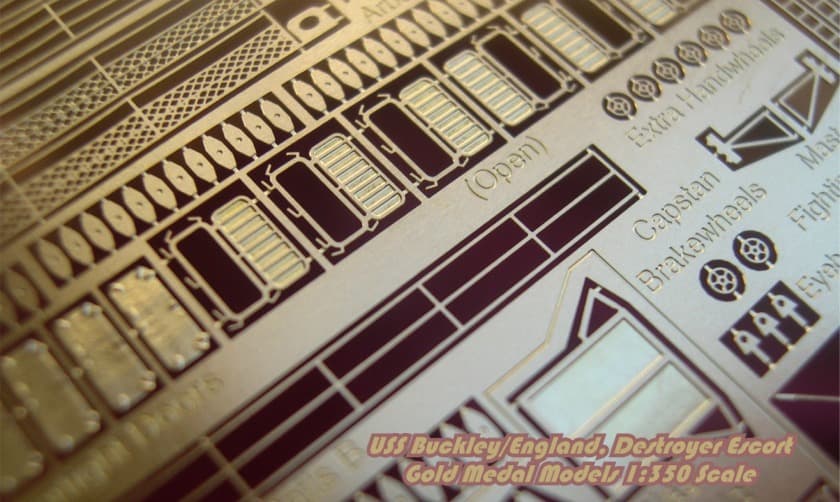 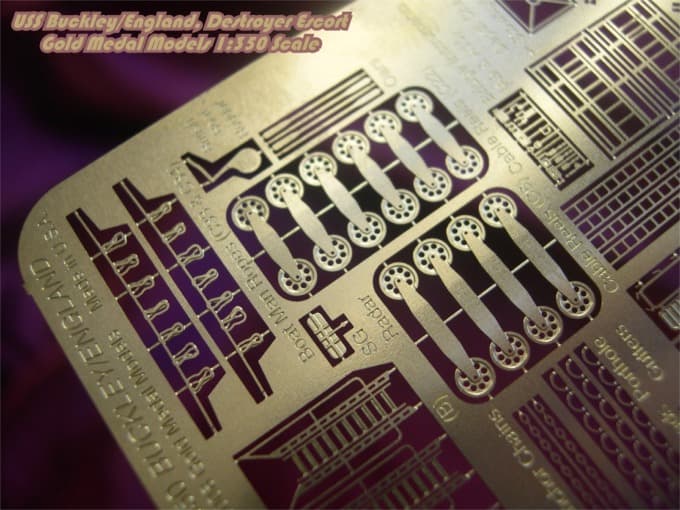 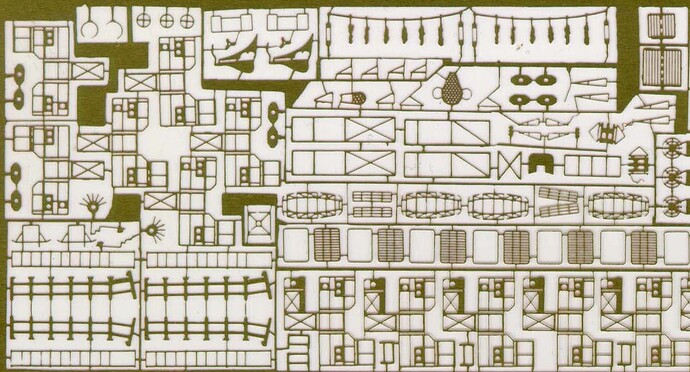 Ah perfect thanks for the clarification. The GMM set looks nice. Think I’ll order that one! Thank you.