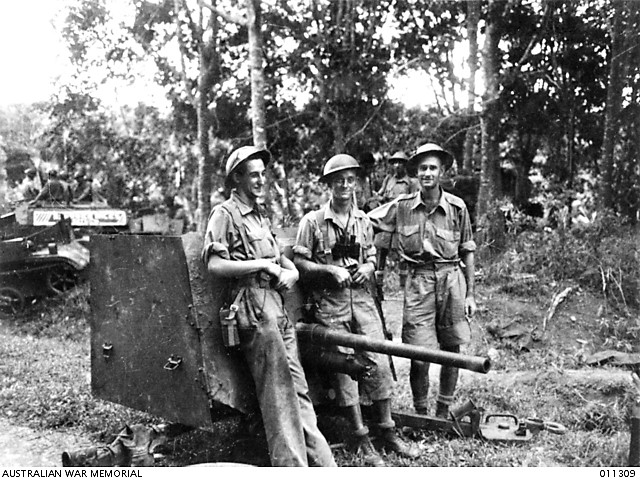 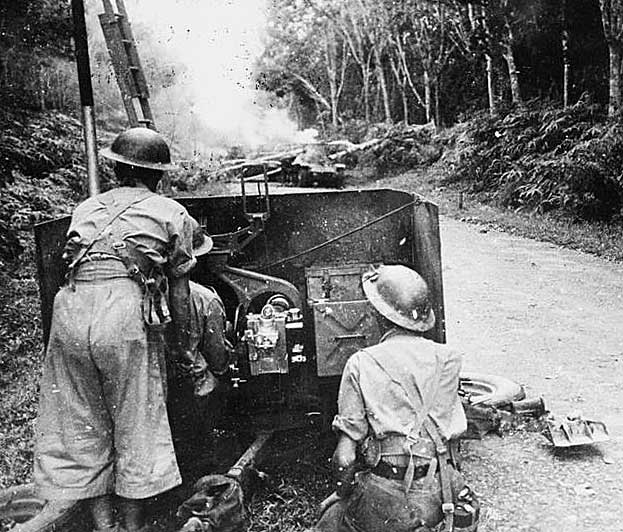 This post is going to be a companion piece to my diorama post The Road to Singapore: Australian gunners defeat tanks of the Japanese Imperial Guards near Bakri 18th January 1942

That project is very much inspired by a series of images and first-hand accounts of an action that took place during the short but brutal Malayan Campaign which began with the Japanese invasion of the peninsula a day after the attack on Pearl Harbour and ended just over 2 months later with the surrender of the Singapore garrison.

Central to this action - and the diorama - is a 2 pounder anti-tank gun from the 2/4th Australian Anti-Tank Regiment. The image above shows one of the two guns deployed in the engagement, commanded by Sgt. Charlie Parsons (shown in the middle of the upper image and the left of the lower one).

As I explain in my other post, although Parson’s gun crew were immortalised in the photos taken soon after, it seems that the honour of destroying most of the Japanese tanks that day may belong to the forward gun commanded by Lance-Sergeant Clarrie Thornton… but that is not something which I will explore further here.

Before I began this project I must confess that I was only dimly aware of the 2 pounder gun at all. Then I began my research and started looking for the available options in 1/35 scale. And although I am certainly no expert, I thought it would be useful to share my experiences.

Although the reputation of this relatively small-calibre weapon has suffered by comparison with the 6 and 17-pounder variants that came along later in the war, the 2-pounder was, at least in its own time, quite adequate for the tasks for which it was designed: it was clearly more than a match for some of the Japanese tanks that advanced down the Malayan Peninsula. This highly versatile and manoeuvrable gun was used during the French Campaign and the Western Desert. It also provided the main armament for most British tanks for the first four years of the war - and would continue to do so for some tanks and most armoured cars until the end of the conflict. 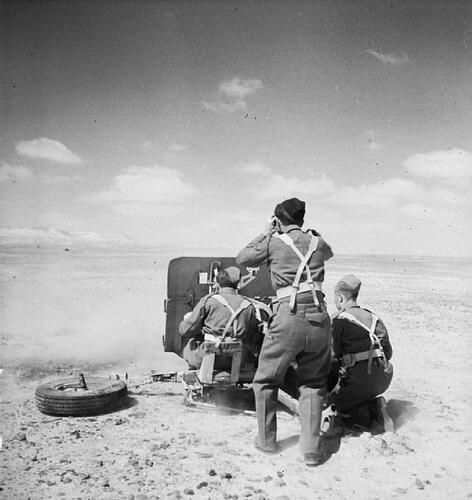 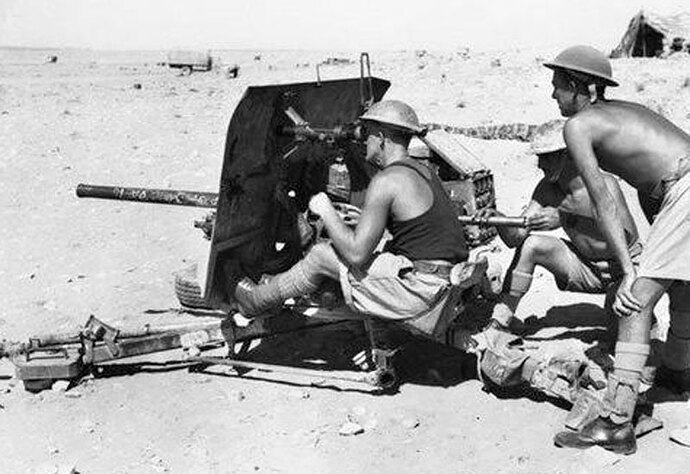 Given its ubiquity during the first few years of the war, it is surprising that the 2-pounder has been so been so ill-served by model manufacturers. For many years the only game in town was the resin model made by Sovereign 2000. 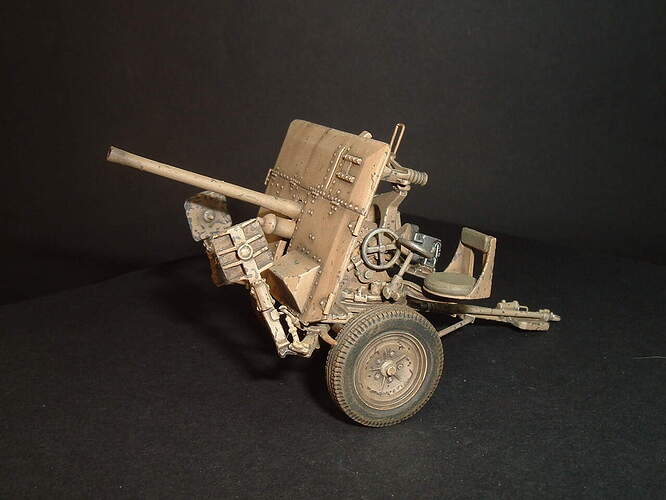 Then a few years ago came the plastic version by Vulcan. 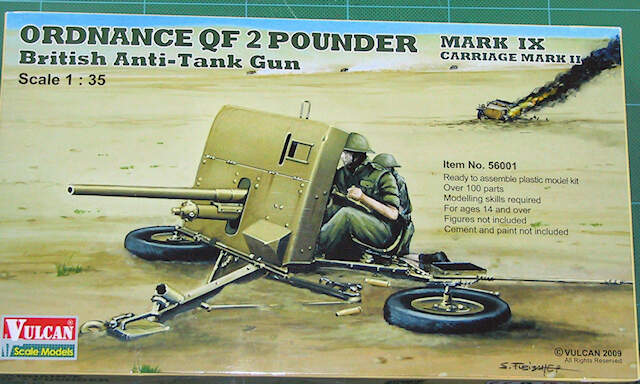 Both of these kits have ‘issues’ which I will address in this post.

Something not included in either kit - but clearly needed for the Malayan version that I am building - are the side shields. I have not found any other images of the 2-pounder being used in combat with this additional armament, yet every gun was clearly designed for their installation, because the front shield has hinges for their attachment. 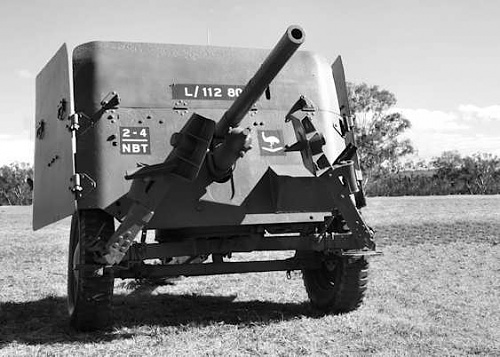 I started with the Sovereign 2000 resin kit but ended up moving over to the Vulcan plastic equivalent. I should say at once that I am a big fan of Sovereign Miniatures, but I gradually came to suspect that there were some serious inaccuracies with their kit.

There are often challenges with any resin kit, but the thing which first struck me was the way in which the barrel assembly sits too far back in its mounting.

At first I thought that the problem might just be that the the barrel was stuck in recoil, but when I compared the images of the kit with the real thing I realised that this was not the only difference: on the Sovereign version the only parts which protrude through the shield are the barrel itself and the front of the recuperator beneath it. On the actual gun you should actually see much more of the recuperator and part of the ‘sleeve’ (for want of a better word) which wraps around the upper part of the barrel. 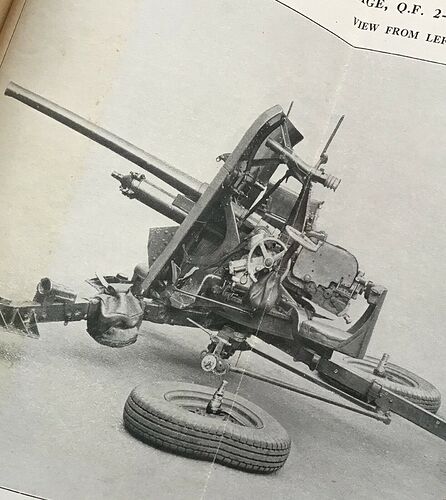 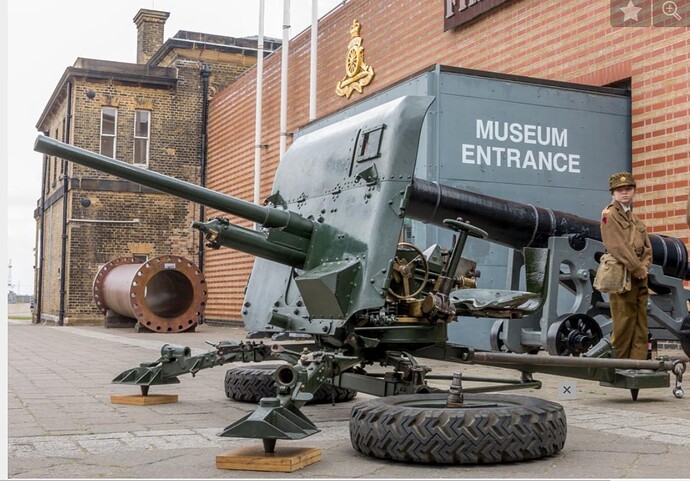 The first image is taken from the original manual for the gun, the second from one of the preserved examples at the now defunct Royal Artillery Museum (‘Firepower’) which used to be in Woolwich Arsenal in London.

This is actually a very distinctive aspect of the gun’s appearance and the Vulcan kit gets it right.

At first I thought this might have been curable with a bit of surgery, but then started to have suspicions about the scale of the Sovereign kit when I compared it with the Vulcan offering. The differences are very apparent… the smaller parts are Vulcan. 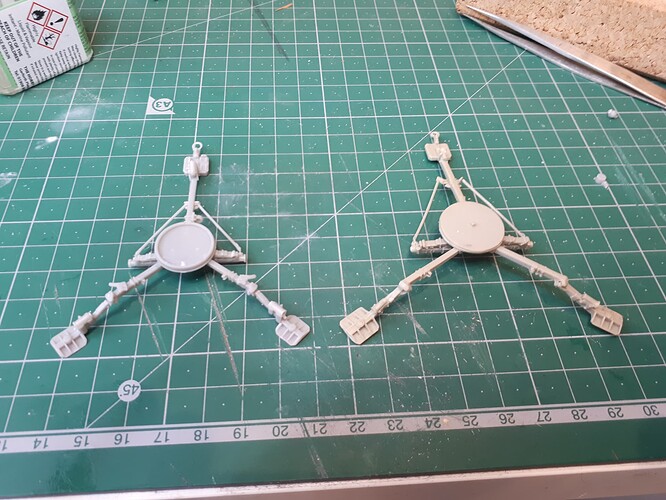 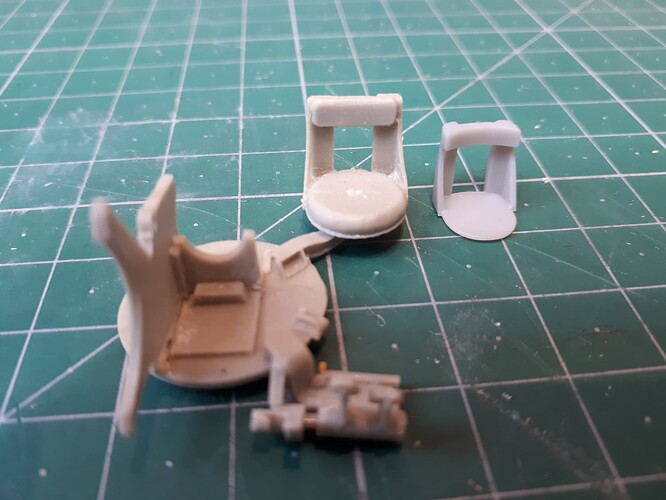 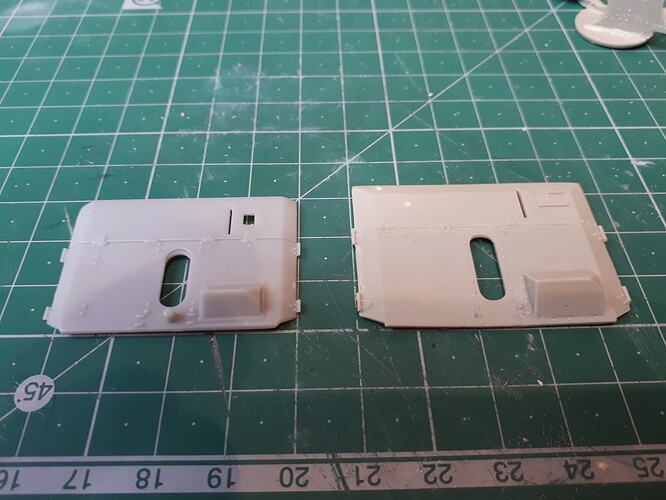 So which one is correct?

Sadly, since the Royal Artillery Firepower museum at Woolwich Arsenal has closed and the collection placed into storage, I have no easy means of going to measure the real thing.

However, I did find this useful publication: 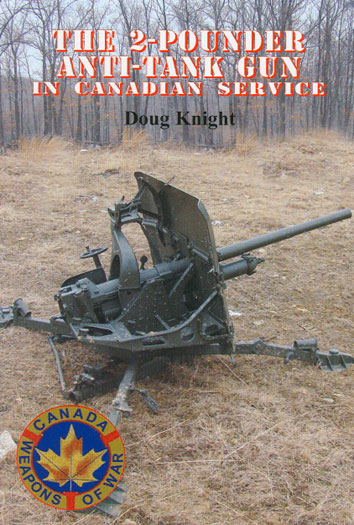 This contains some very detailed scale plans showing the gun from all angles. Frustratingly, they do not actually state on their face what scale was used, but all the reviews I have seen state them to be in 1/35th - and it is hard to see what use they would be if they were anything else!

When I compared the Vulcan parts to the drawings they matched exactly in all respects. Sadly this leads me to conclude that the Sovereign kit is not scaled to 1/35 - and it looks to me as if it is actually closer to 1/32 scale…

Its really a great start & how the techniques changing. 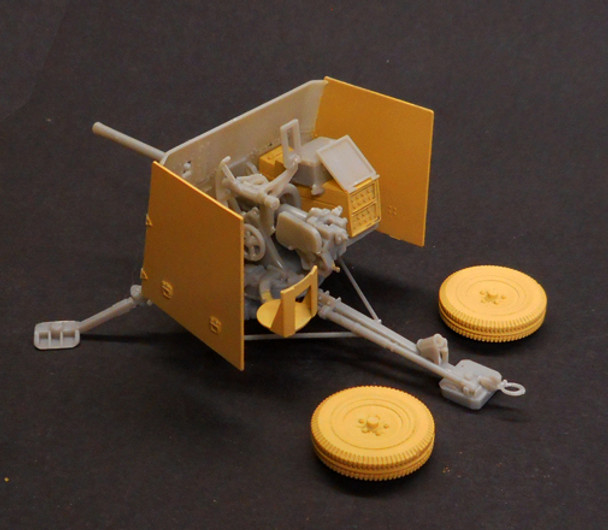 I wonder what happened with @TanksForTheMemory? He hasn’t posted anything since November '21!?