Well, Canada Day is fast approaching, and that means that it’s time for me to start my birthday build (yes, I was in fact born on Canada Day

). I was recently in at Wings and Wheels Hobbies in Toronto acquiring some food for my stash when I decided to enter their basement discount section. Hidden away, completely hidden from the public, stands even now a pristine stack of 1:72 Canuck Models CF-18 kits. At $26, they’re a steal, and I knew immediately when I saw the subject I had to build it. 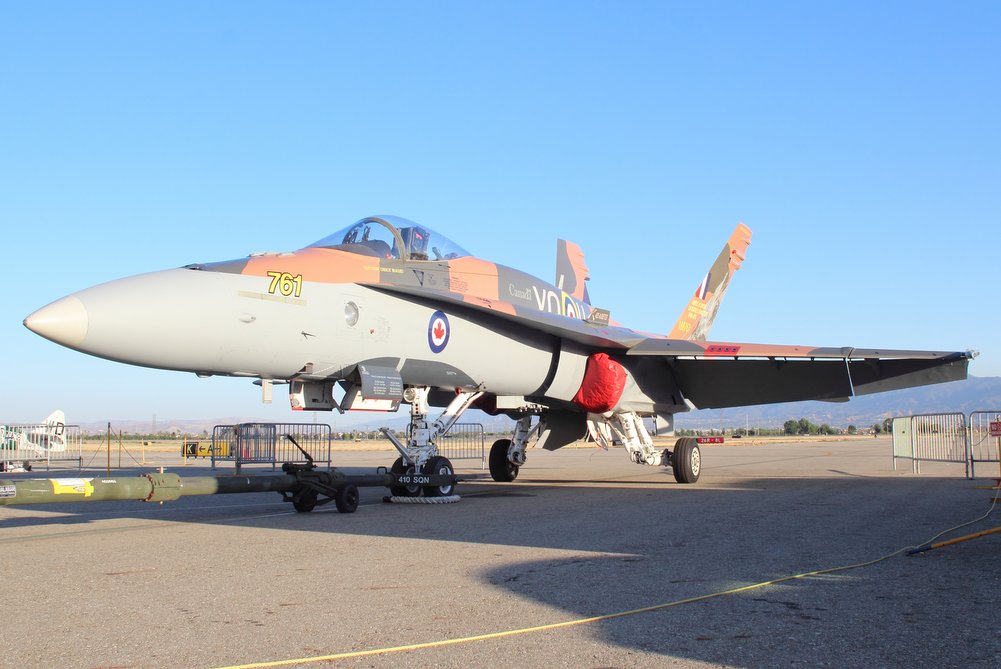 In 2015, the RCAF’s CF-18 Demo Team (a sort of companion aerobatic team to our better-known Snowbirds) unveiled their special paint scheme for the 75th anniversary of the Battle of Britain, The Hornet, a very modern fighter, was repainted in a similar manner to the schemes that camouflaged Spitfires and Hurricanes of old. It’s a beautiful aircraft, and surely was well-received by both aviation spotters and modellers alike.

It’s six years later, and now I’m going to bring this fantastic machine to 1:72 scale thanks to Canuck Models, a Canadian company which produced waterslide decals for Canadian aircraft.

But first, a bit of backstory for this kit, as I find it’s quite interesting. 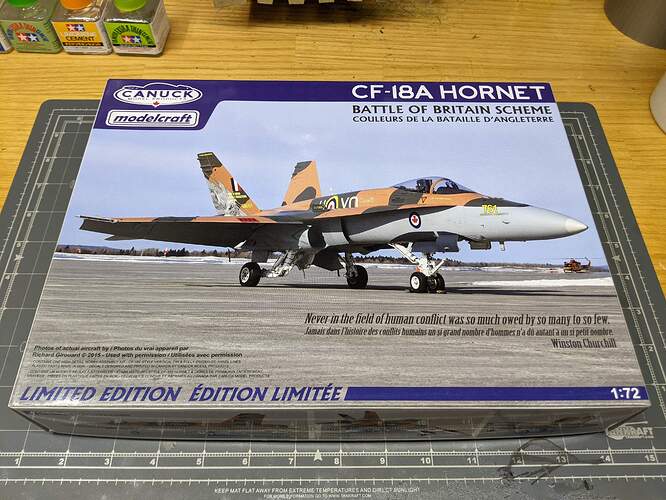 Canuck Models was a major player in the world of Canadian modelmaking throughout the 2010’s, producing some top-notch waterslide sheets to help us syrup lovers make Canadian subjects. Canuck decals are the standard I want my own to attain one day, as they are fantastic. As a matter of fact, they give Cartograf a run for their money.

Unfortunately, making waterslides is a tough business to be in, and towards 2017-ish it seems that the time was right for Canuck to take a gamble (I’m just basing this assessment off their Facebook posts). Canuck partnered with Minicraft (the company that owns Academy) to create a brand new model kit which they would sell, that being the 1:72 CF-18 Hornet in the Battle of Britain scheme. Let’s take a look at what you get: 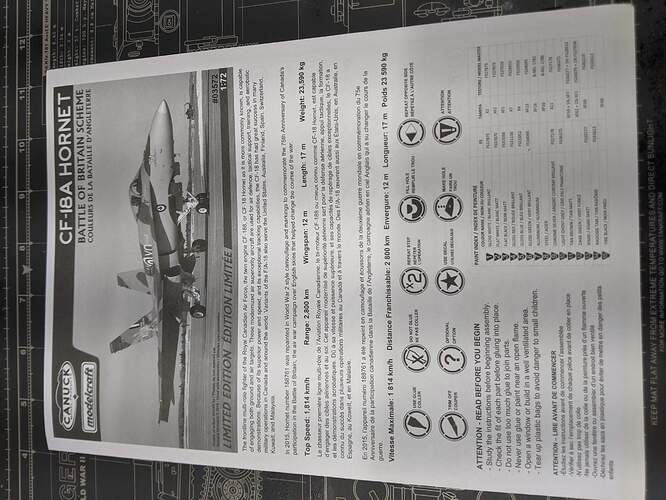 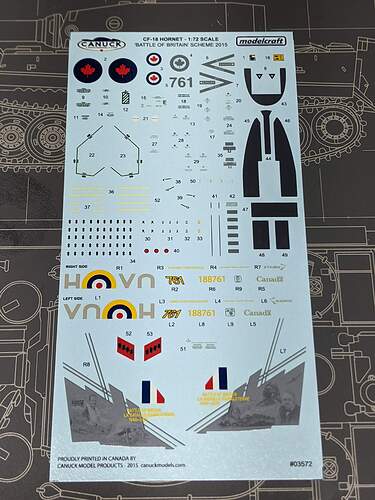 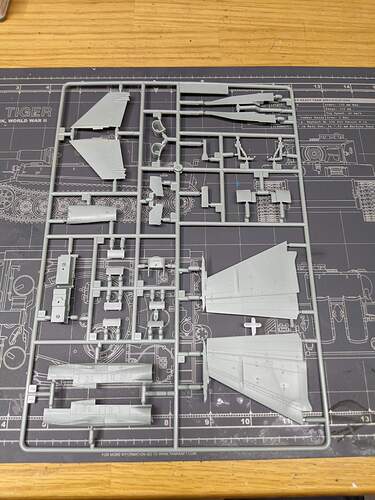 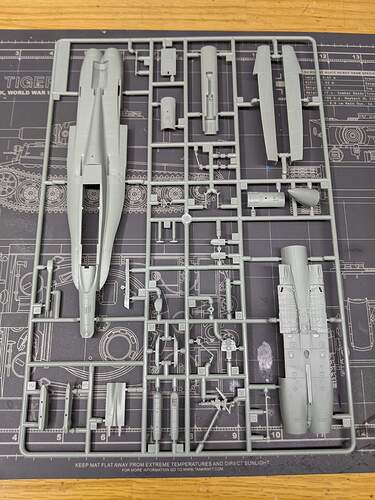 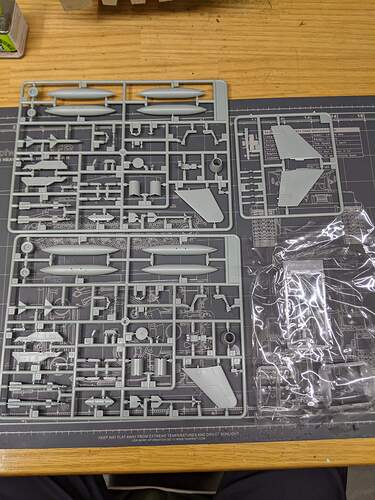 As you can probably tell by looking at the sprues, this is in fact Academy’s 1:72 F-18 kit, reboxed with the new Canuck decals and instructions. I never thought I would praise an Academy kit, but this looks solid! Very good detail for the scale.

Unfortunately, this kit, which was a pretty bold business venture, seems to have been one of the causes for Canuck’s shutting down. Apparently distributors messed up, Hasegawa released a similar kit at the same time, etc etc. It’s a shame, really, because Canuck was a major aid for Canadian modellers, and I think it would have been great if they had continued to rebox kits like this. Alas…

I’m quite excited to do this build! As you can see, it’ll be a part of the Great Canadian Campaign, so I’ll occasionally discuss this build there as well.

Love me some CF-18. I’ll be following this one

Time for update #1. I’ve been working on the cockpit, and although there isn’t much of it at 1:72 scale, I think I’ve made a reasonably good effort. Academy, to their credit, provides a decent cockpit with raised and engraved detail, as well as instruments moulded in (as opposed to decals). Here’s how it came out - 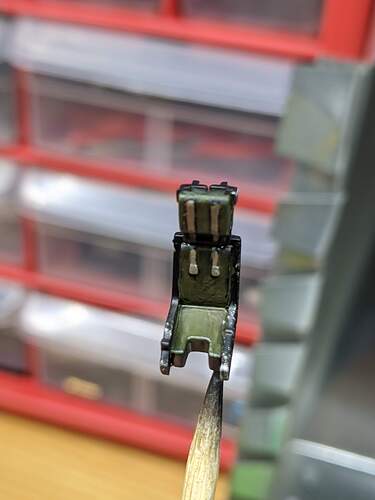 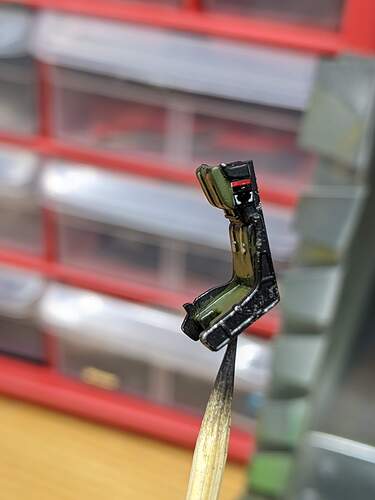 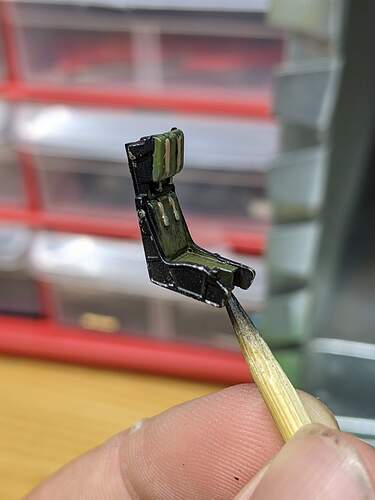 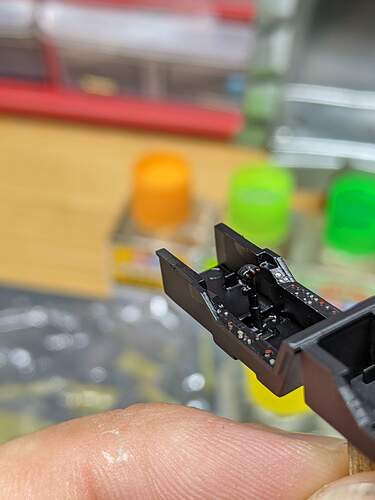 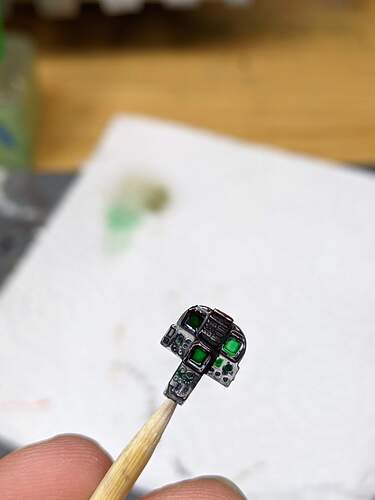 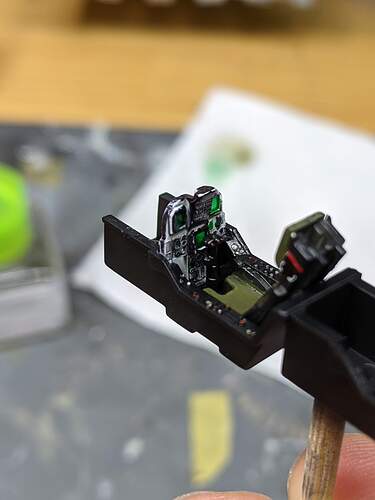 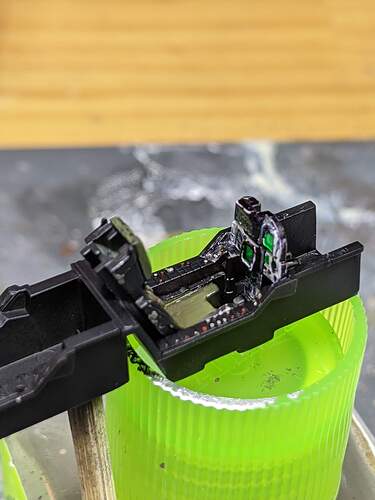 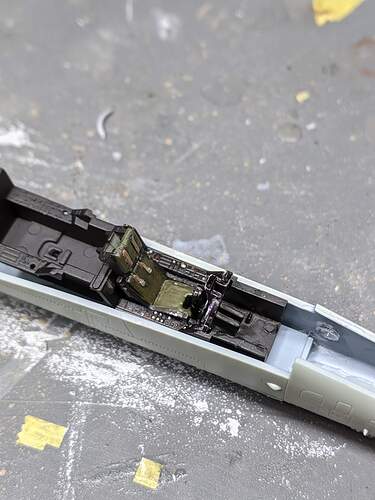 Overall, this kit is going together well, with no major problems thus far. I will have to mix my lacquer paints to achieve the correct shade of grey found on the CF-18s, but as my adage from school goes, “that’s tomorrow’s problem”.

Looking great so far! Cant wait to see the rest of it come together.

Here’s today’s update, probably the second last prior to Canada Day. For all intents and purposes, the Hornet is together! Yesterday I took it from being only half assembled to fully painted, with all major markings applied. 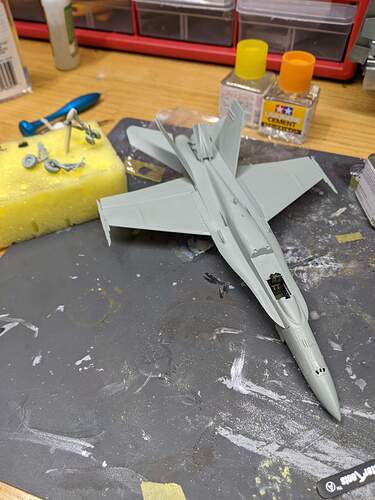 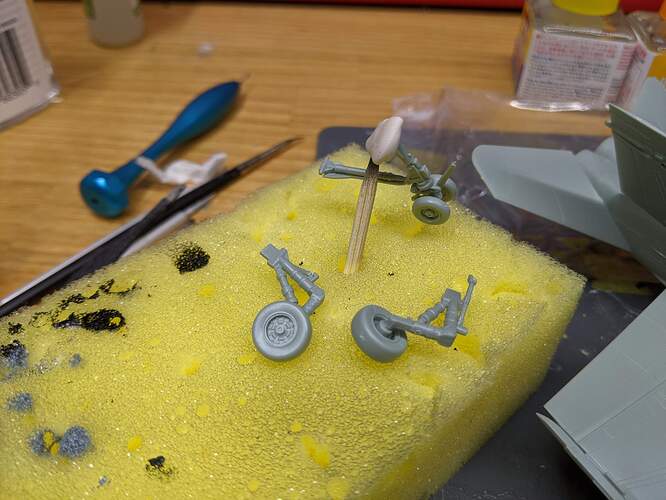 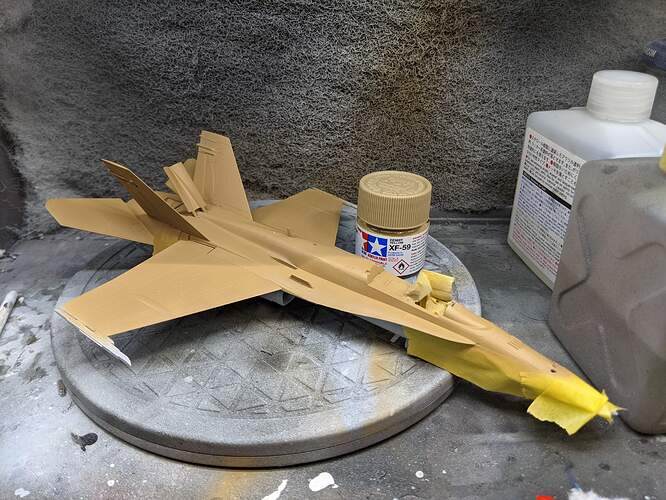 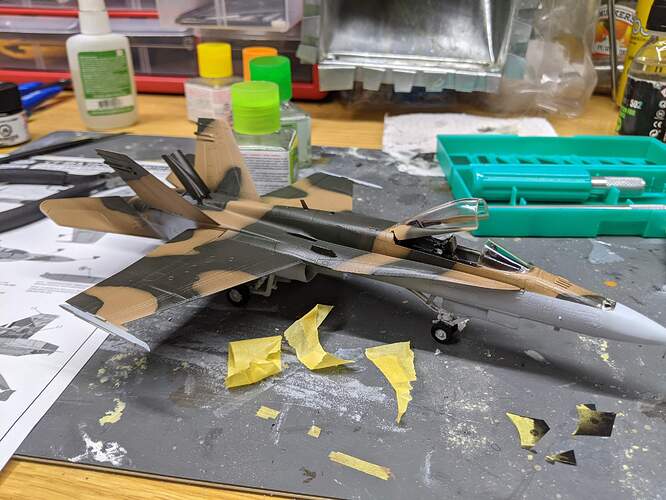 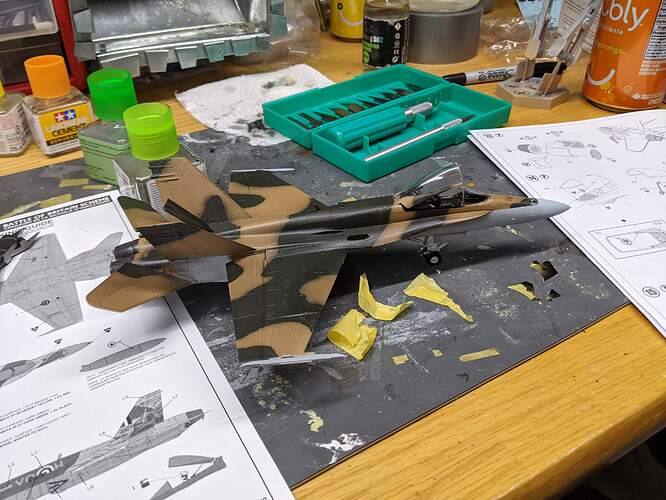 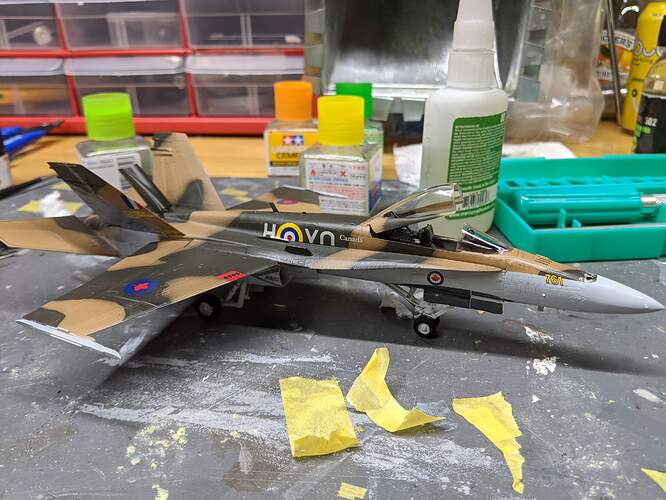 As you can see, things move quickly in 1:72! The decals in this kit, the main selling feature, were pretty good. The quality of the printed markings, in terms of vibrance and detail, is fantastic, and rivals those of Cartograf! Highly recommended. The only stumbling block I found was that they are insanely fragile, and rip with the slightest effort. Regardless, I think they look good! Now I’m going to do some light weathering, as well as stencil application!

And the final update - weathering complete! I wanted to do a bit of a mix of the weathering commonly found on CF-18s alongside weathering found on the Hurricanes. To do so, I did some mild streaking along the gun ports, and airbrushed on some Tamiya panel liner. 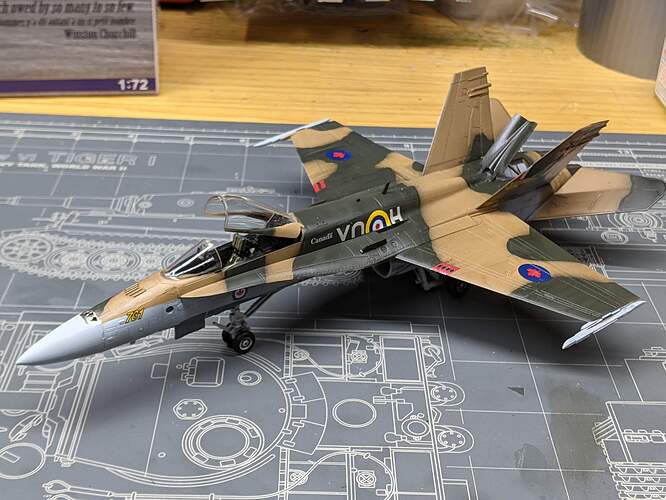 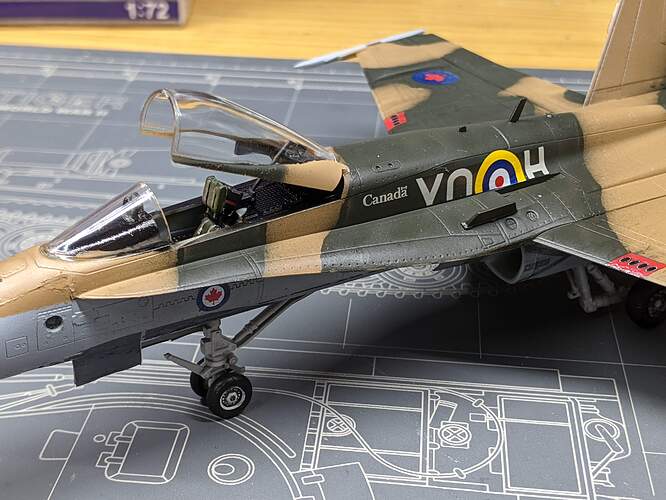 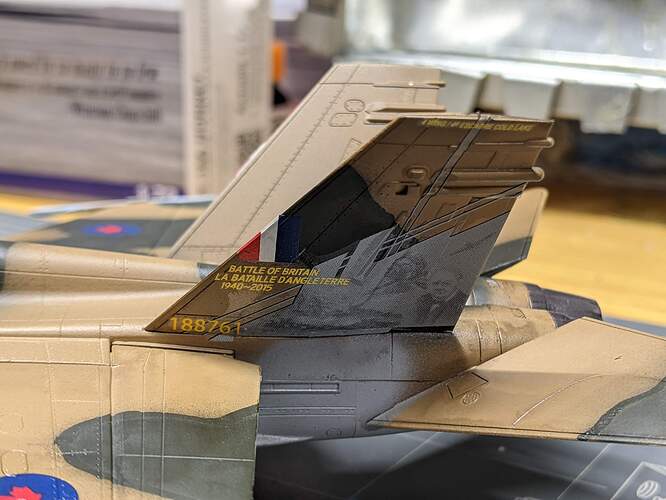 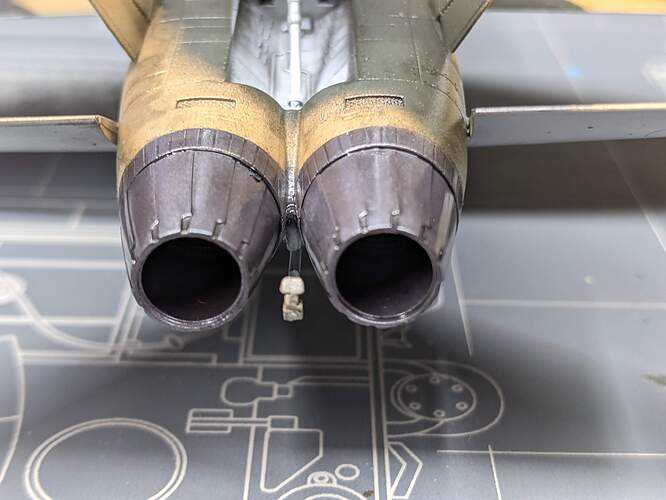 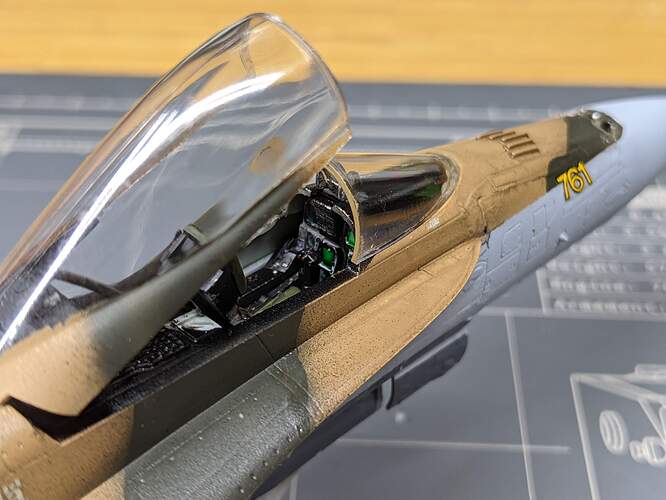 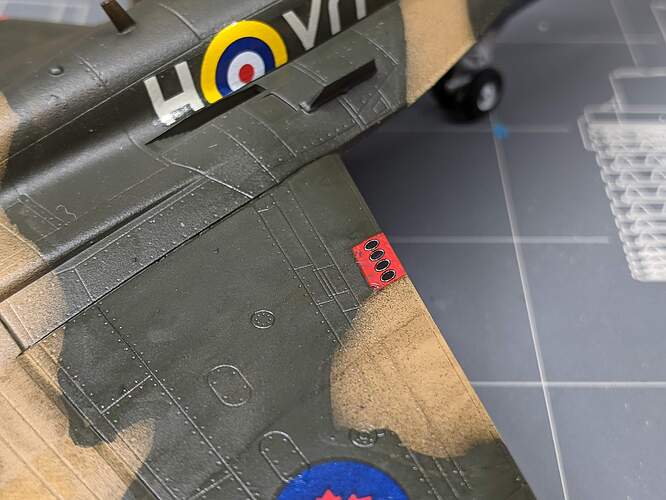 Overall, I’m quite happy with how this kit turned out. While it was a rebox, I found it well worth the money. It’s an incredibly unique subject, portrayed very well by the Academy moulds and by the Canuck decals. If you can find one, I say get it. It’s a very rare kit, and with incredible value.

Turned out awesome! The unique camo scheme really sets the build of nicely!