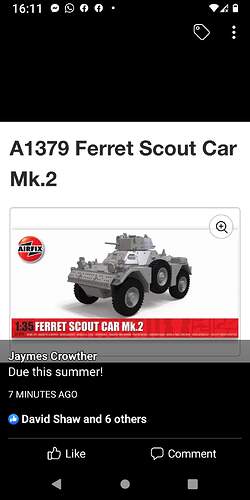 Got to be honest, about the only interesting thing I saw announced.
Should be interesting to see in the flesh when it hits the shelves.

Well, better late than never I suppose; really I’m pleased but as I’ve a couple of resin ones - all a bit late! That said, I hope this turns out ot be good, and I’m sure it will be snapped up - so very many finishes and users.

This very good news, as long as the basic shape is there it can be improved on. Wonder if it will have an interior? This has Larkspur antenna mounts and .30 Browning on it but wouldn’t be hard to change it to Clansmen and GPMG.

Update:- went onto the Airfix page and although they are only cad images if true it shows a rudimentary interior, again fairly easy to build on. Although the interior shows clansmen radios! Maybe you get a choice? I am VERY excited about this. A Ferret was my first vehicle as a new driver.

In our final term (Junior Leaders) we visited several RAOC units (to get a feel for future trades) and this included a Vehicle Depot (possibly CVD Ashchurch). We were all split up into small groups and I ended up in a party that was allowed to drive a Ferret. I said I couldn’t drive but this was brushed aside by the adult Corporal taking us around. With the canted steering wheel I stood no chance and promptly put it in a ditch.

The Corporal’s views on this were, well, explicit.

Clansman fitted inside , with larkspur outside

It was certainly an acquired skill, as was the pre-select box. Selecting a gear by hand but actually changing it with your foot took some getting used to.

Haha yeah, I noticed that and edited my post just as you replied. Hopefully both sets will be present like the AA kit, but clansmen AE bases are easily come by.

SMM and AA have plenty of bases in stock.

Interesting. Thought I saw one in my Berlin Brigade book by tankograd with the urban camo job. I think the last Airfix kit I built was in the 70s. May have to get one !

Wow I’ll actually buy this one. As long as the wheels have the right number of lug nuts.

But what about that loose nut behind the wheel?

It does look good! Might have a go myself…

Just pre-ordered it, I think it will be very popular. I never did UN scout car squadron but did two UN tours re-roled as Infantry. I did two years with the SBA scout car squadron in Episkopi, that’s the wagon i’ll be doing. I don’t think i should be this pleased about something

Thought I saw one in my Berlin Brigade book by tankograd with the urban camo job.

Correct. It was Ferret 03CC23. Regarding Merlin archive, a Mk2/3 VHF FV701(H), been in Berlin from 1985 to 1990. Pictures taken in Ruhleben Fighting city in 1988. Full camouflage scheme is supplied. Paint was very much chipped so a longer time not shown in public obviously. Actually I found two more pictures of a Berlin camouflage Ferret Mk2 within the internet. One obviously taken on an Allied Forces Day (before 1988 since I visited in 1988 and 1989 where there was non taking part) and another one photographed together with a Chieftain Mk10 w/o Stillbrew and the FV432 Command vehicle in Smuts Bks, home of the Berlin Armoured Squadron. Being with the Mk10 w/o stillbrew also indicates picture being taken before 1988. Both pictures do have such a low resolution that the VRN can´t be read. So 03CC23 at least was a one-of, maybe there had been two or three alltogether in Berlin camouflage. 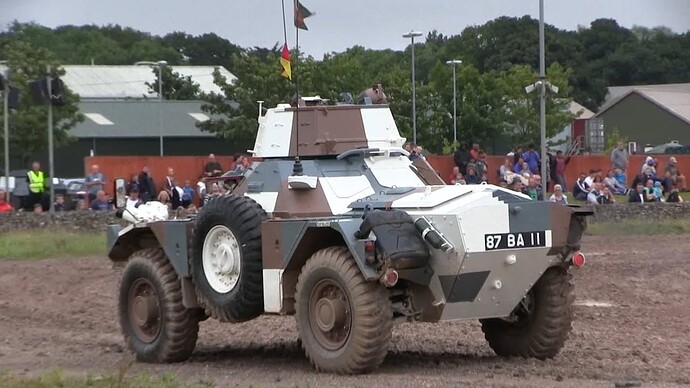 It’d look great paired with a Chieftain in Urban camo as well. 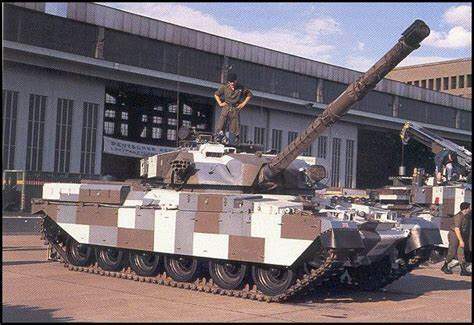 Yes one of my all time favorite tanks and camo patterns ,I did an Accurate Armor/Tamiya conversion several years ago. 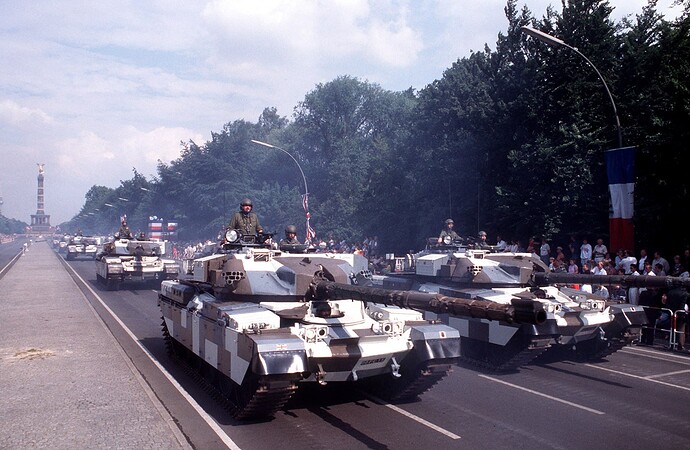 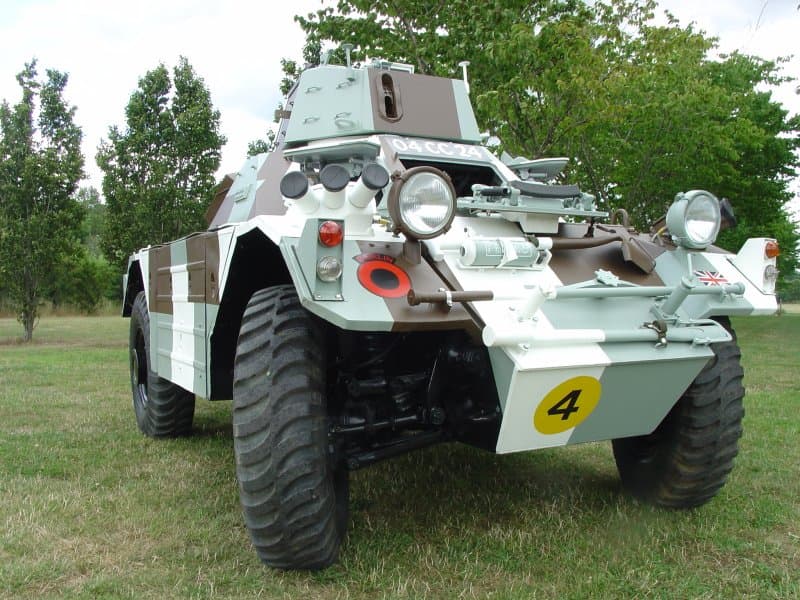