Taking some inspiration from @Jasper_Breur fantastic Tornado, for my next build I’m going to tackle a double build of Italeri’s 1/72 Jaguars in Gulf War colours. An RAF GR.1 and Armée de l’Air Jag A. It’s been a long time since I’ve built anything from that conflict, so this is going to be fun. 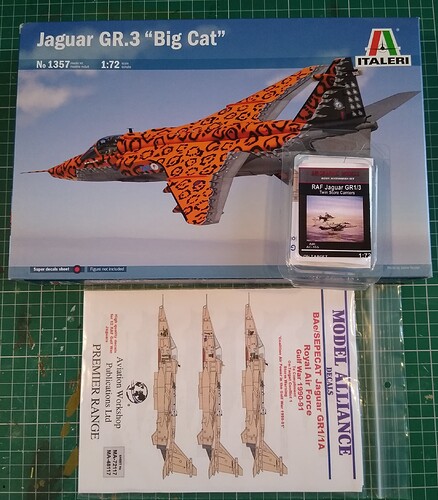 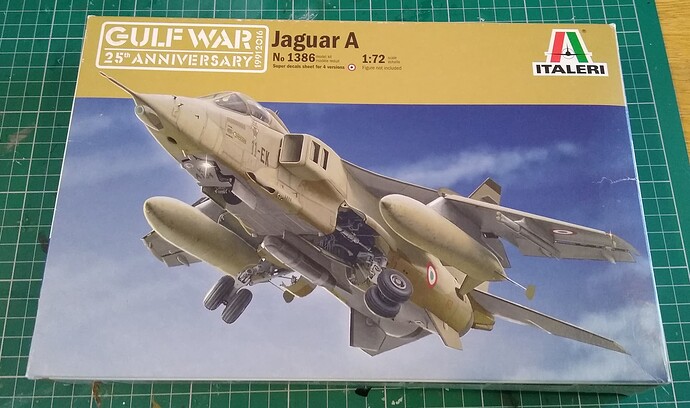 The RAF Jag will have a couple of extra twin store carriers and Model Alliance decals. I have two of this boxing, specifically to have a spare set of the spotty decals. Just in case of accidents or tears.

The French Jag has pretty much everything in the box, so nothing else will be needed. 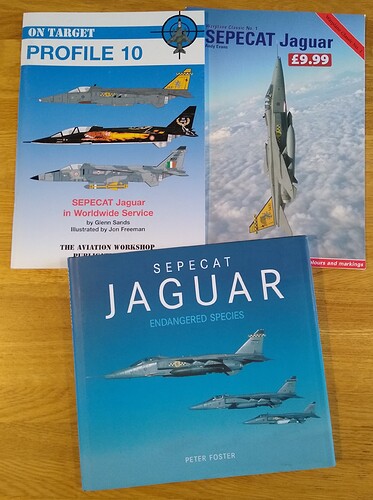 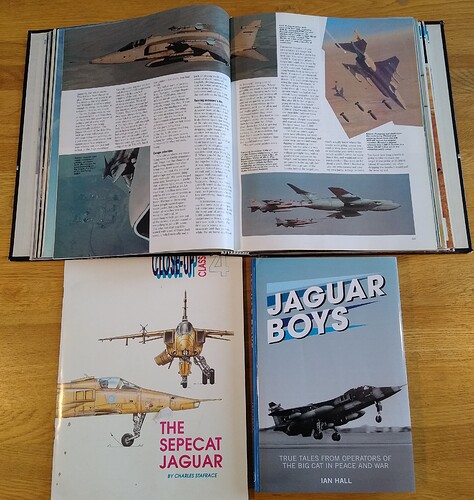 These are going to be mostly OOB. My aim here is to show the differences between the same basic airframes and paint finish. The RAF Jags got particularly tatty looking!

Few things to finish up first and then they’ll be off to a start.

It’s a Jag, I’m following along.

Glad to have you.
I’m sure I’ll be asking for some advice as the builds progress.

As far as I can tell, the Model Alliance sheet has markings for all the Jags deployed during Granby. It would be cool to do all of them!
I might do Johnny Fartpants for this build. 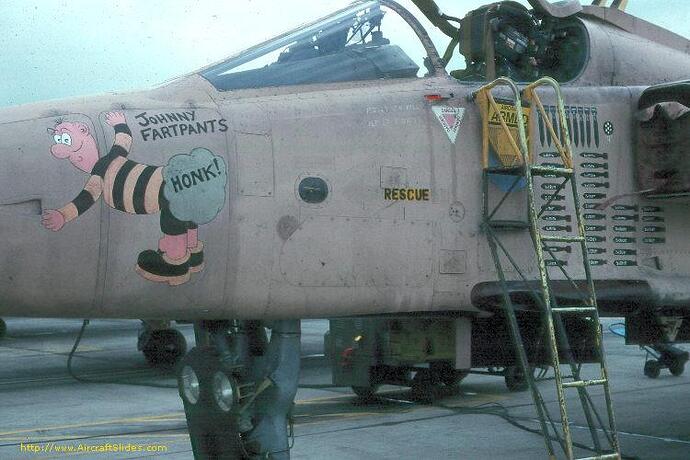 Interesting project! I’ll be sure to follow your progress, love the Desert Jags

Thanks for following.
Hopefully they should turn out well.

I’ve had the Italeri Jaguar in the stash but gave it to a friend many years ago, I remember it as a very nice-looking kit in the box!

As for choice of markings, there are ones that are a lot worse than Johnny, my personal favourite is Buster…

I’ll keep an eye on this one!

Glad to have you here Magnus.
Yes, the Tornados and Buccaneers had a lot of nose art that could not be considered family friendly! The Jags were a lot more restrained in comparison. Buster was coming a very close second in my choice. The French Jags are lot more classier. Very nice cammo scheme and didn’t seem to look as grubby as the RAF’s aircraft. The ARTF desert pink seemed to have picked up dirt and grime really easily.

It does look a good kit in the box. I have heard there are some fit problems in the rear fuselage, but forewarned is forearmed. It’s certainly a lot better than the last Jag I attempted - the Airfix GR.1 boxed as a 3. It was a very worn out mould by the time of that issue. It did provide lots of useful ordnance for the spares box though.

Will do, very soon.
Keep watching this space.

Following along too, one of my favourite jets. Loved seeing them flying low and fast around north Yorkshire and the Lakes. Remember seeing a couple of pink ones over Llyn Brenig in N Wales

Ok, had a few minutes when I got in from work to make a start on the Granby GR.1. 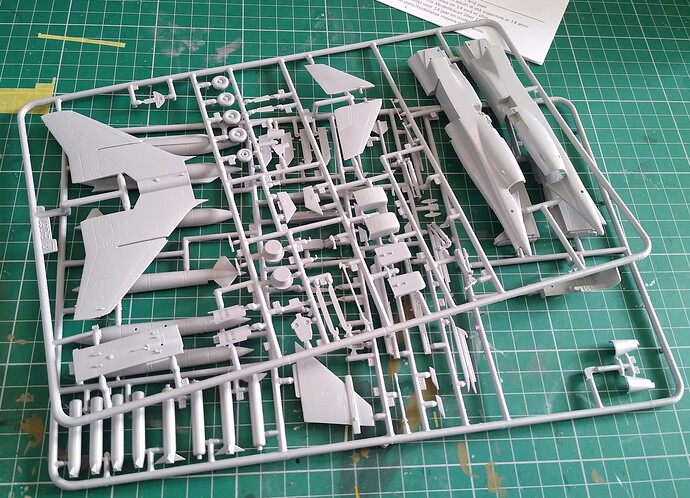 Only a few parts here, but all looks ok for the scale. The instrument panel and consoles should look good after painting. One thing to note for anyone building the GR.3, is that the instrument panel will need a lot of changing. The kits is the GR.1. Analogue dials and the large centre mounted moving map nav display. I’d have to check my references, but I believe the GR.3 had a mostly digital console with MFD’s. 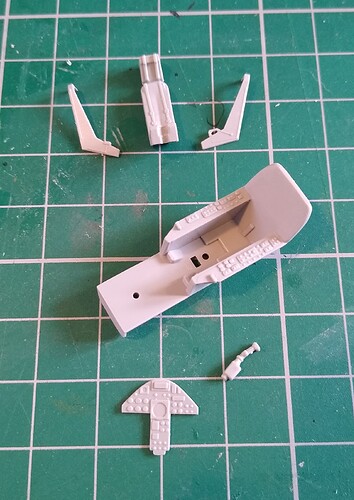 I’m not fully convinced with the ejection seat, I might replace it with a resin seat. I’ll see how it looks assembled with a lick of paint before I do.

For some strange reason, Italeri moulded the CBU’s fins way too pointy. I’ll have a go at trimming them down and see if they look any better. If not, Eduard make a set in resin and I do have quite a few thousand pounders to hang under the wings. 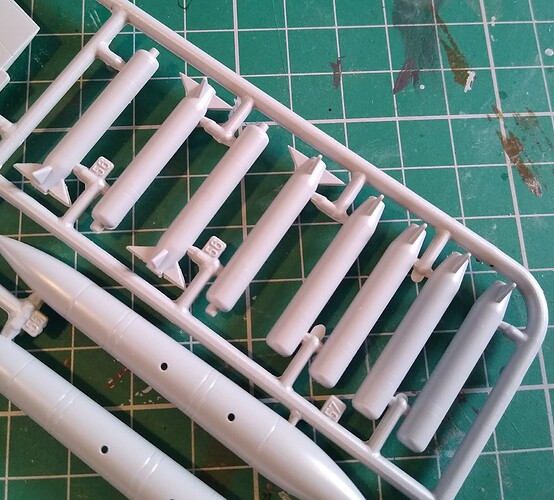 I will say that though that the kits spotty decals look amazing! I just hope that they work well, as I’m looking forward to building the other spotty Jag in the stash. 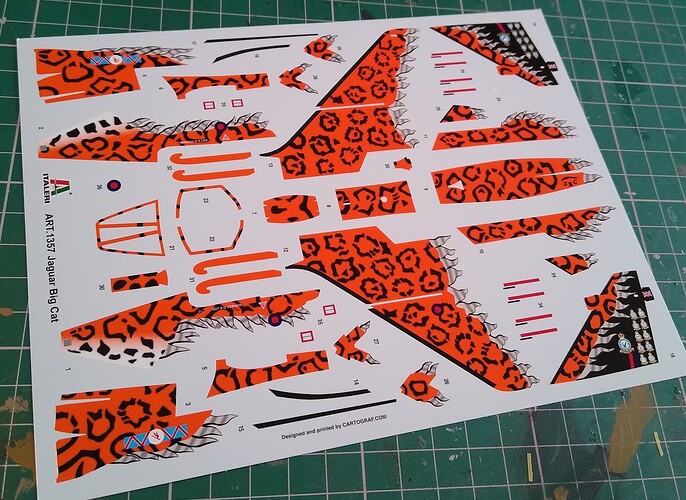 Love the Jaguar. I’m following too.

I have one on the shelf waiting its time.

Thanks Nacho, welcome aboard.

These are Cartograf decals, so you should be ok, their one of the best out there.

Thanks Jacob.
Cartograf are usually good, I honestly didn’t notice that till you said. Doesn’t hurt to have a spare set.
When this one’s done, I’ll probably build the other Spotty. It will be a brilliant addition to the collection.

Gave fun! Jaguars are not too often seen on model work tables!

Thanks Phil.
You certainly don’t. Not much available in AM parts either. Certainly not the Italeri anyway. I’ve see a cockpit and replacement wing set for the Hasegawa, but that’s it.

Test fitting the fuselage parts has revealed a few problems and gaps. Mostly along the underside around the cannon ports. The nose and fuselage halves seem to line up well along the sides, it’s the underside that’s the problem! I think some careful sanding at the joint should help everything align a bit better. 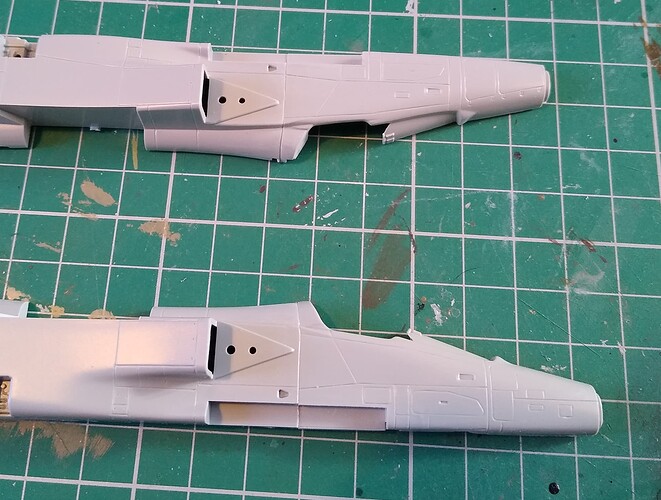 Bit gappy at the wing joint too. 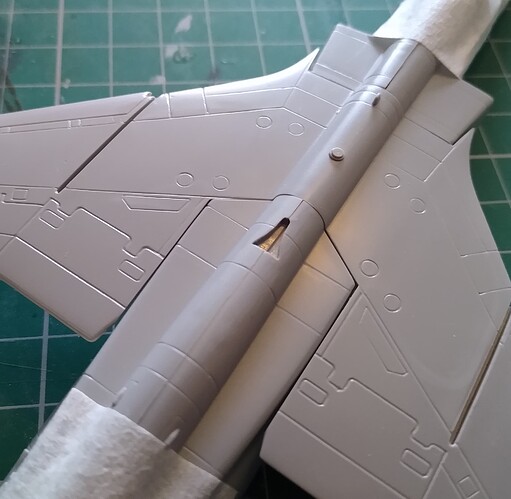 Part 10B needed some sanding across the top of each tab to make it fit better between the fuselage and eliminate an insightly step at the join. 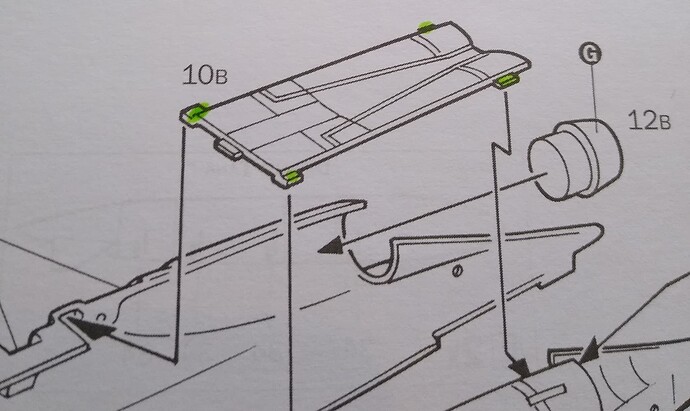 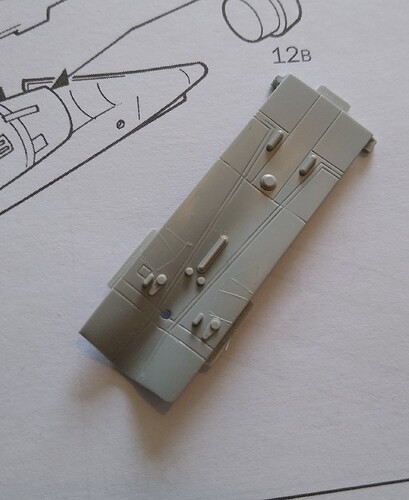 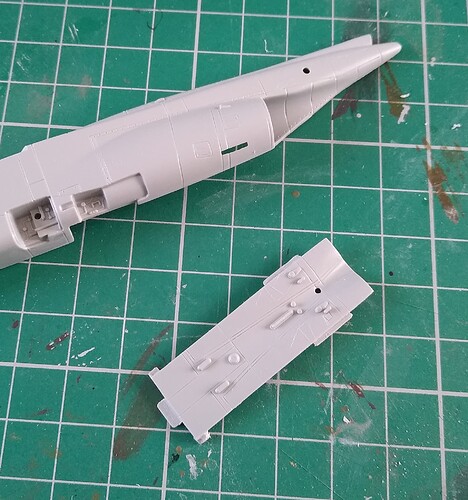 This is also a very awkward part to fit and will need some very careful glueing!

All of the problems here are caused by the multi version approach Italeri have taken taken with the Jaguar. The common fuselage and wing sprue is intended to work with the GR.1, A and two seater T.2 and E. While I commend Italeri for doing this, it never works well in practice.

I’m making sure to make notes on the instructions which will help with the others and save time.

Filed off some plastic on the inside of the fuselage (highlighted in green) and is has made a difference. Fit is looking better already. 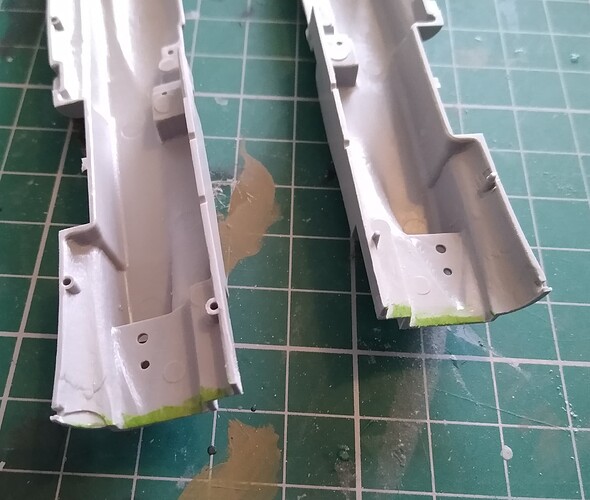 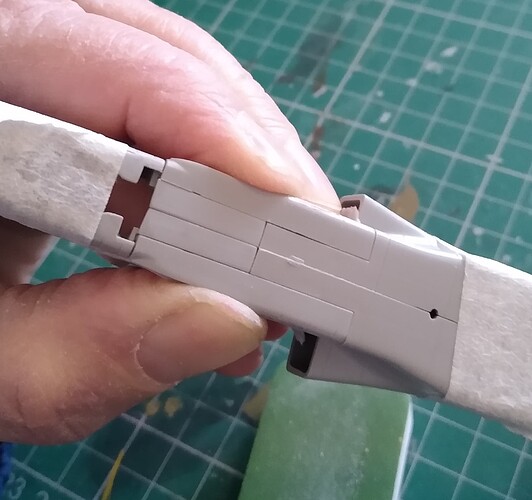 I’m giving some thought to doing a Balkan war Jag in the low-viz grey in the future. I might get the Hasegawa for this just to see it compares.

The recessed detail looks good from your photos Stephen. A pity most of it will disapear with the blending in. Built the Italeri and Airfix 1:72 scale Jags many moons ago. They were worth the effort to have such amazing aircraft in my collection…