I am building a Churchill Mk III from Dieppe, I was under the impression they were SCC2 Brown. However, I am also reading they could have been Khaki Green No. 3. Does anyone have a definite reference for this?

The concensus seems to be that no one knows for sure. It’s been debated on Armorama before and elsewhere. Dragon went for brown for their MkIII Dieppe kit, while AFV Club went for green. As I understand it the date of the regulation change happened during MkIII production, and given the rules about using up old stock before switching to new, perhaps it is the case that brown is less likely to be wrong than the green, even though both might be correct… If that makes sense.

Matthew is on the money. This has been debated for decades with no definitive answer possible, as has the disruptive colour of the Kingforce Churchills.

However, SCC2 is more likely to be the case for the Dieppe tanks as per the reasons he stated.

Perfect. I’ll go with SCC2 then. From what I gather I can’t go wrong either way but SCC2 is more likely?

Yes, SCC2 is the most agreed upon decision of the debates I have seen, and those from well respected researchers.

I’ve decided to scratch build an interior, so now I am wondering about interior color. I know they’re were silver at some points and gloss white later in the war. Does anyone know when this change took place, or what would be more appropriate for a Dieppe churchill?

They were painted in Khaki Green No.3, they were never painted in SCC 2 for the Dieppe raid(Myth , perpetuated by Model Companies) . Most of the Churchill’s used by the Calgary Tank Regiment were issued from rebuilt stock and retained the KG No 3 paint colour. Silver on the inside as per regular British standards.

Perfect. I’ll go with SCC2 then

I will go with the Khaki Green #3 for my Dieppe Churchill. That way, one of us will be correct

LOL, I might do the khaki green, it is what afv club calls out and if it’s iffy anyway, I don’t know if i can bring myself to paint it poop brown

Including the Mk iiis?

Not so sure on the Silver Anthony. According to Mike Starmer, Interiors were silver from 1930s until about mid 1940 when gloss white came into use.

Therefore as Churchills were not produced until 1941, the interior could only be white… not silver.

1941-42 – The base colour was changed to S.C.C.2 brown with S.C.C.1A dark brown over it. S.C.C.14 black was an alternative. This change was brought about due to a severe shortage of vital chromium oxide green pigment necessary to produce strong green colours and a degree of infra-red immunity.

Based on the production date of the Mk III Churchill, if they had to be refurbished it is likely they would be painted SCC2 - for the Canadian ones to be rebuilt as Mk III’s (???) and painted green for the August 1942 raid, they would have to have been repainted in what is reported to be a scarce paint. This is sticky point of the debate that has raged for years…

Do half and half. Right down the center line of the tank. Once side SCC2 and the other side Khaki #3

ROFL! I’ll add two racing stripes one white and one aluminum as well

Maybe a 3rd red one to make it go faster. Lord knows a Churchill needs the speed!

But boy, could it climb!

How about green on top, Brown on the bottom, both colours separated by the ‘Gran Torino’ Flash? Would have to make it go faster… 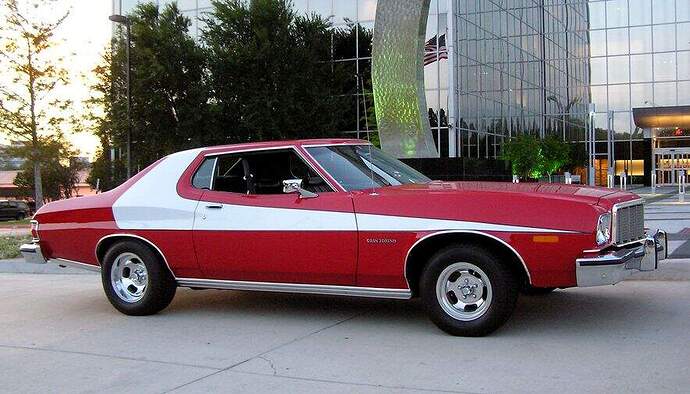 Why stop there?! Let’s do this as a what if and just do the Torino paint scheme as is!

In World of Waships, if you own the Haida you can get a special Canda camo scheme. Maybe it can be transferred to a Churchill… 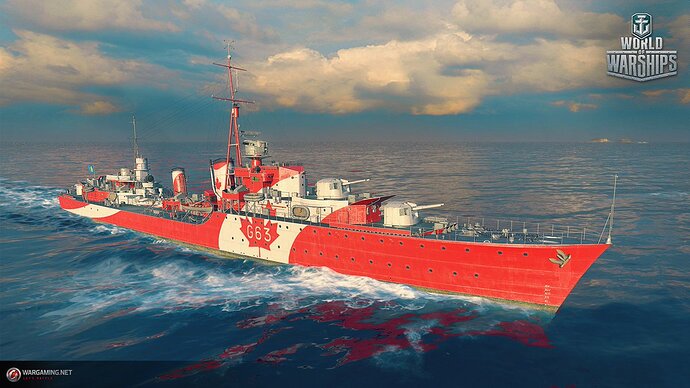