First post on the forus, I wasnt aware of this site until recently, really enjoyed looking at some of the excellent builds on show (I’m mostly on Britmodeller.)

This is one of my Diorama builds from Last year. Hope you all enjoy. Feel free to ask any questions!! 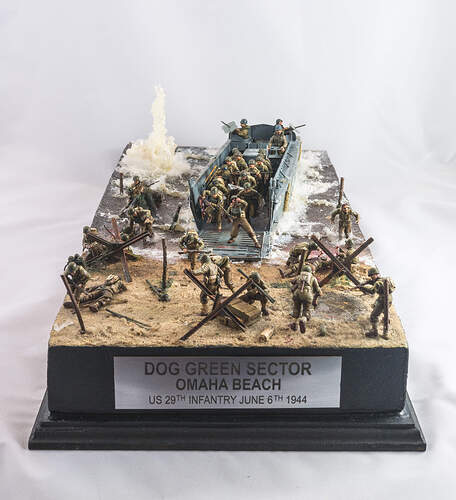 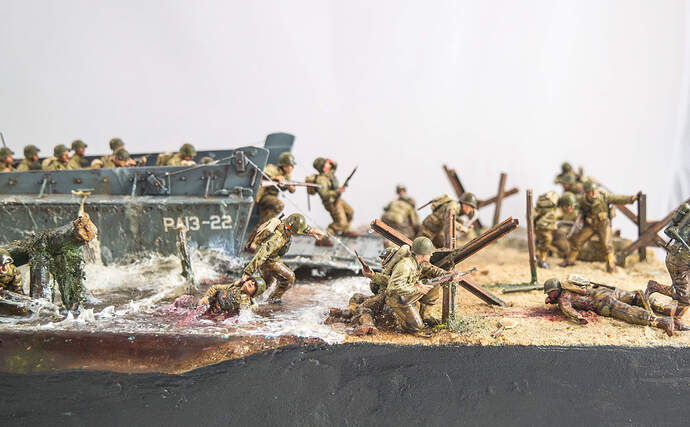 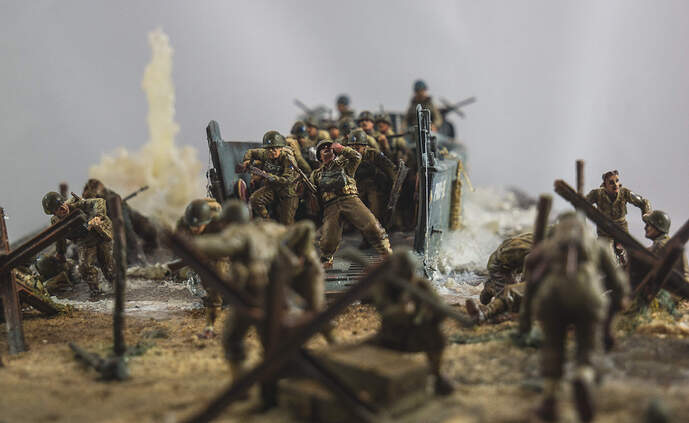 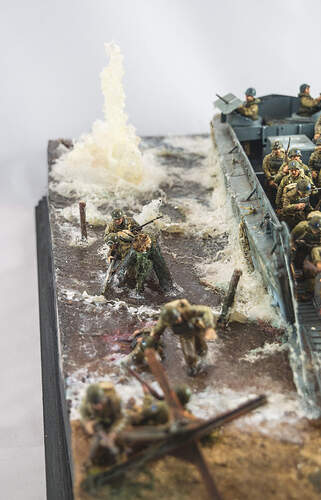 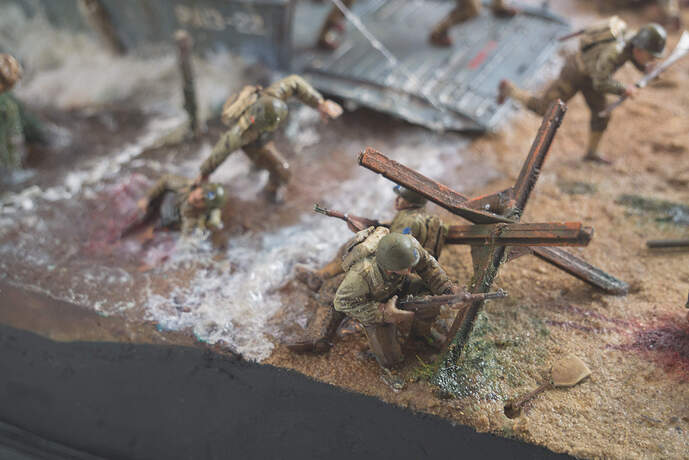 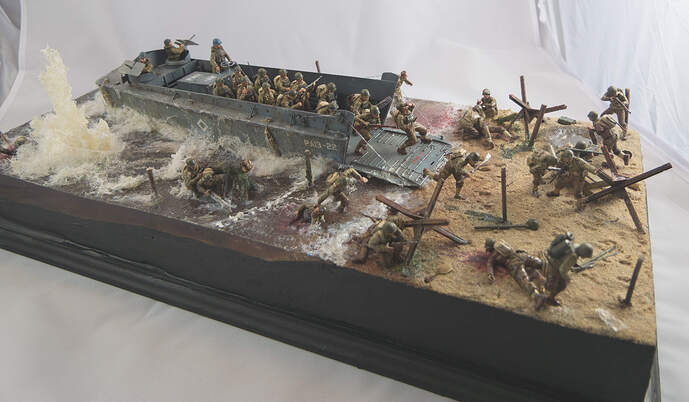 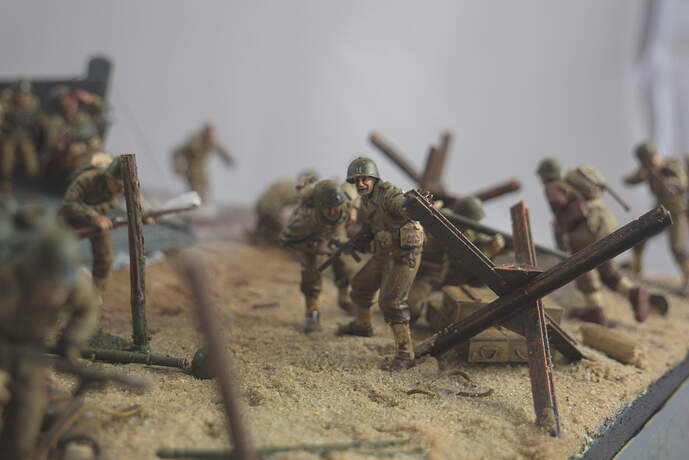 Great work. Looks like a still from Saving Private Ryan.

Thanks, I put a couple of mini scenes in to try and get that feeling. The guy carrying his arm back to the medics is probably a cheeky touch.

Another very well done diorama. Love the action and all the detail.

… The guy carrying his arm back to the medics is probably a cheeky touch.

Honestly, I think the overall composition would benefit by replacing that figure. To my eye, it’s not so much what he’s doing as is his opposite movement to all the other action. Everything flows and has a very strong sense of action in one direction until it reaches that one figure. Then the action seems to come to a screeching halt, as if it’s run against a wall. Him being right up front on the edge of the composition gives him a huge amount of visual weight. He was almost literally the first detail that I focused on once I got the initial impression of the work… Upfront and center stage. Really the visually most important spot in the entire composition.

Everything else has really good, realistic and well-tied together composition. Thanks for sharing!

I couldn’t find the arm guy the first time I looked, even after RedFive mentioned him. After reading your post I looked again and found him. Have to say I agree, he does have the effect of putting the whole scene into reverse as all the other drama is moving forward up the beach and away from the shore line. Other than that, however the scene is nicely composed. Removing the offending figure would be a good idea.
2h

Cool stuff ! I have seen this already online elsewhere and it’s nice to see it here now. Loads of work went into this for sure!
J

Great work ! My Dad actually manned (drove ?) one those landing crafts on Omaha beach . was sunk on his second or third time back to the beach .

Thanks for the feedback. I agree in parts but I also think thats some of the atmosphere I was trying to potray to be honest.

" Then the action seems to come to a screeching halt, as if it’s run against a wall."

The screeching halt maybe a bit strong but thats exactly what the first waves on the beach did, they faltered and were really up against it. It wasnt a gentle stroll up the beach people would have been running back and forth. I wanted to get an overall feeling of chaos. I wasnt looking for a “heroic charge” scene. I wanted to try and get a feel for the madness and general upleasantry of the whole thing those guys went through. The fact that of all the beaches Omaha was the most agressive. I placed the medics there and then had him running back becuase his first thought was “im hurt go to the medic” even if it was to back track through withering fire and not must get up the beach, it was to try and get across human nature that not everyone there would have made a headlong drive up the beach. But again thanks for the feedback its nice to get an idea of peoples thoughts.

Wow, brave guy!! Jees. Those guys went through hell and back!!

The dio is probably not true to life as it would have most likely been a british landing craft at Dog green i think.

… The guy carrying his arm back to the medics is probably a cheeky touch.

I was confused as to what was going on as my eye was immediately drawn to that guy. However, as my focus broadened, your depiction made me realize the “relative calm” in the aft of the boat to the ever increasing chaos further out onto the landing. I think the about-face actor serves his purpose extremely well in this very dynamic scene. Well done!

Thanks, Yes thats exactly what i was hoping for… But was mainly its because I ran out of figures I to be honest. I chopped and changed i think about 60-65 figures up to get them in various poses to make 35 guys in total. Bits of leg here and an arm here. Ideally i wanted a few going over the side but there simply wasnt a decent option. Weirdly not many allied figures out there but TONNES of germans.

If I was at the back I sure as hell wouldnt look so serene!!

the rushing around, explosions, blood in the water, panic, it is all very true and realistic!

I like it verry mutch… A lot of stuff going on on relativly small scene… What are the dimensions of the base?

It wuld be easy to pick a base that is to big, but you didnt… You chose it just perfectly…