I am almost finished base coating my Leopard C2 mexas. Reference photos show these puppies were dirtier than a hog in a mud bath. I’m thinking ahead to recreating the dust effect seen on these. Weathering is my weakest area so I’m looking for advise on recreating this effect: 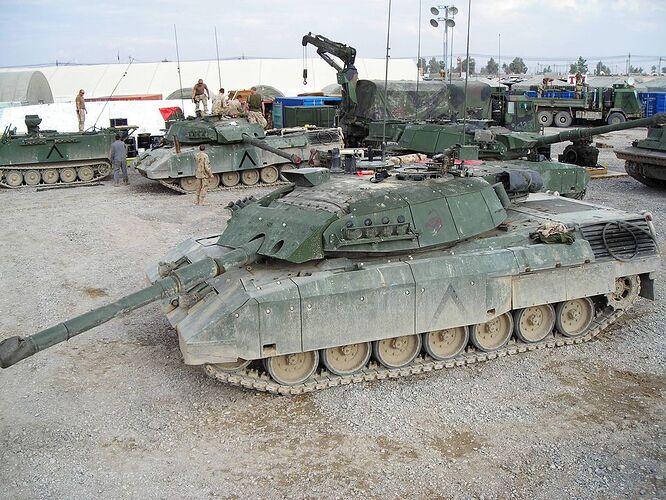 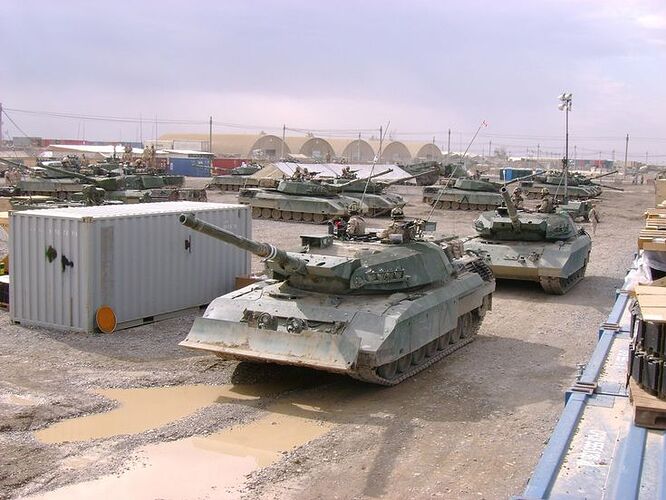 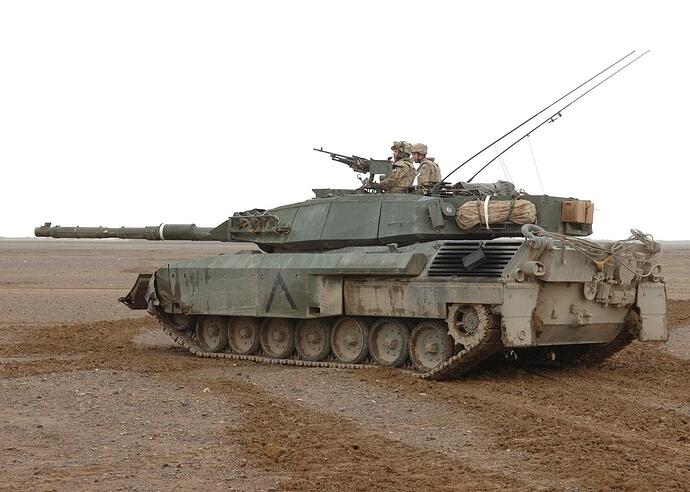 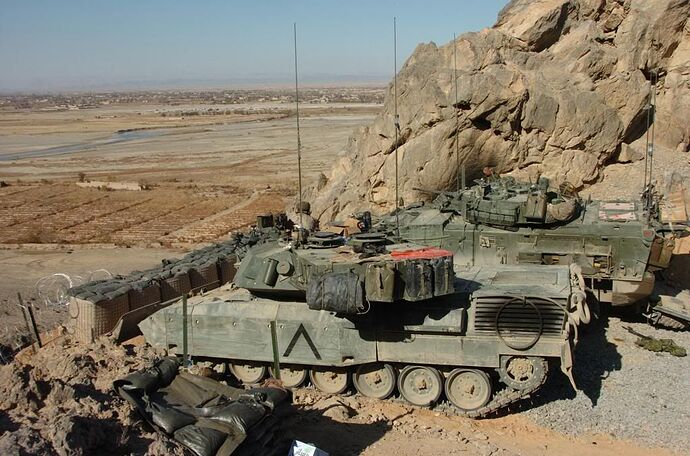 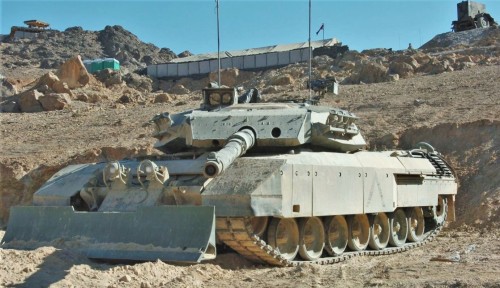 The third photo is what I am most closely after

Airbrushed enamel dust (So you can reactivate and blend it) for the dry stuff then AMMO by Mig stuff for the wet?
That’s how I would do it.

Like Ezra, I would use a few shades of Ammo enamel nature effects: 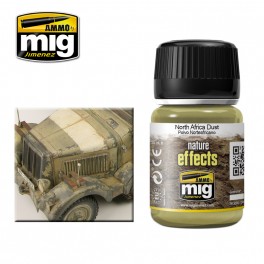 They can be brushed, airbrushed, splashed, diluted with thinner, cleaned over the model to limit or change the effects…

On a spare mule kit first, paint it the same way you did your kit colors and everything. You can use those products listed or the light dusting could be sprayed with heavily thinned Buff, both Deck Tans and/or you own mix of both. That will only get you 1/2 the effect, then add pigments (your choice of brands and colors) to make the dirt clumps on the rear. 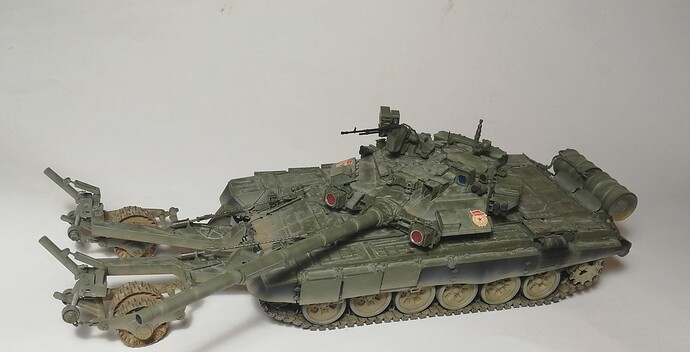 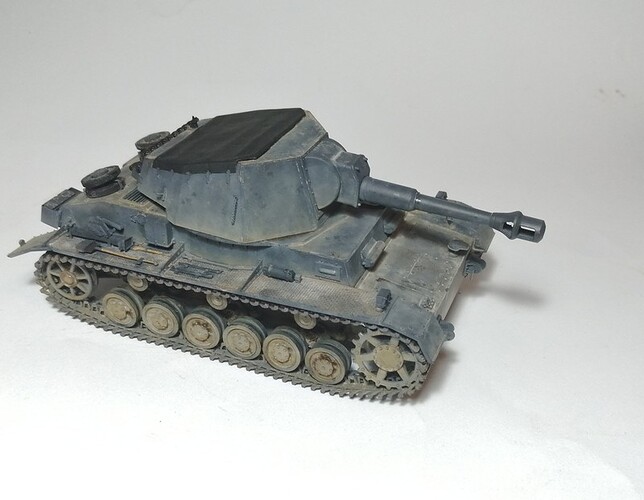 Or, take a walk on the wild side… 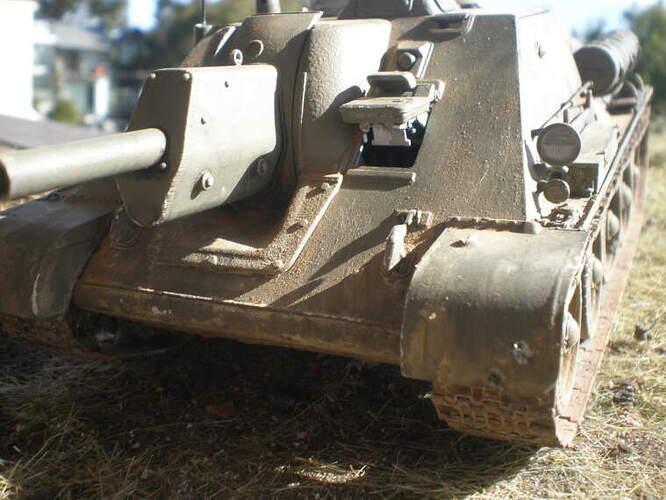 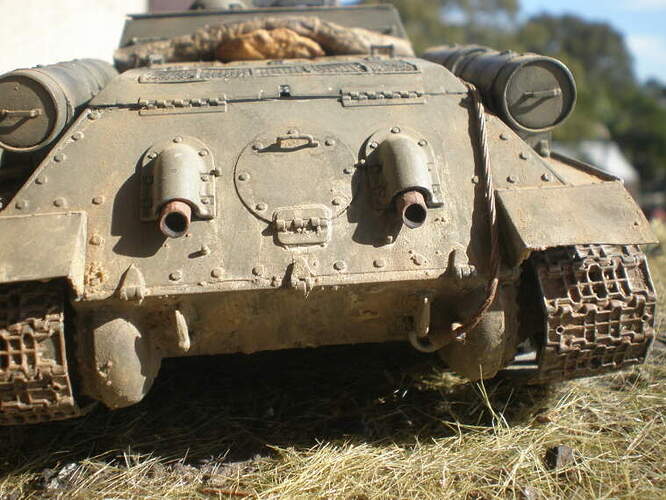 I was going for a summer dusty steppes look, maybe not exactly what you’re after but close enough. As Ryan said practice on something that doesn’t matter first, whatever method you use

That looks excellent!! Might experiment with this and a mix of pigments

Don’t try to do everything at one go.

With an airbrush, start with the bottom and lower hull with more opaque effects. Often, I will start with straight earth colors before adding the other factory base / camouflage colors and blend those into and over the earth colors. These earth colors provide the foundation for the heavy weathering on the lower areas. Sometimes I’ll also start the weathering by adding 3D weathering textures with various artist texture gel mediums during the construction phase of the build so as to make getting into and around the suspension components easier. If I do this, I paint the initial earth colors right over these textures.

Finish up with a very, very light semi-transparent layer over everything. For this layer I usually mix up something that has LESS than 5% colored paint (measured by volume). In order to get this light “dust glaze,” it’s usually necessary to add a clear paint into the mix to add enough binders into it for it to spray well and evenly. This final color can also be layered selectively to build up varied opacity in different areas. However, it’s easy to over-do as the final effect doesn’t show up until it has dried, so allow it to dry between successive coats.

If I’m going to add chipping, bare metal, rust, or rust streaks, I’ll usually start to incorporate those effects right after the base factory / camouflage colors. However, these effects should also be layered into the overall finish, so I may add the same types of “micro” weathering effects at any stage of the finish.

The same holds for washes and other similar effects for fuel and water stains or grease stains and seepage.

For areas where the crew or other things have worn through the lightest dust layers, some final sponge chipping with the colored factory / camouflage paints can be done - usually effective in high crew traffic areas like around hatches.

Additional 3D weathering effects can be added at any stage, but I generally incorporate those as I build up the layers where the 3D effect will be located. To simulate successive layers of older, dry earth under later or newer moist or wet earth, start with lighter colors, then add successively darker colors, but with each successive layer, keep the area smaller and smaller so that the earth color appears darker towards the center or lower down. 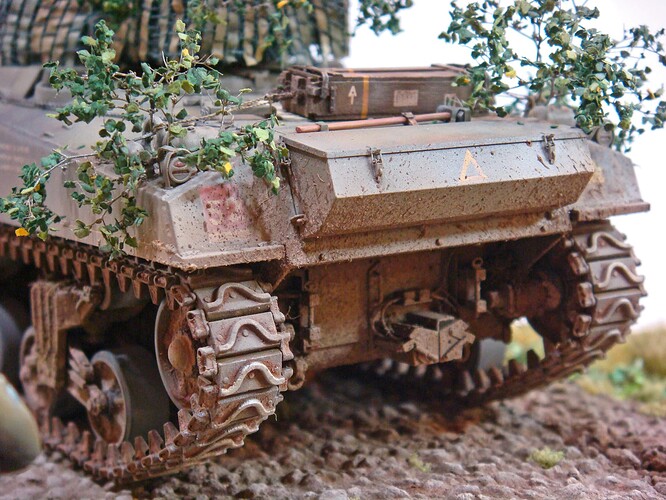 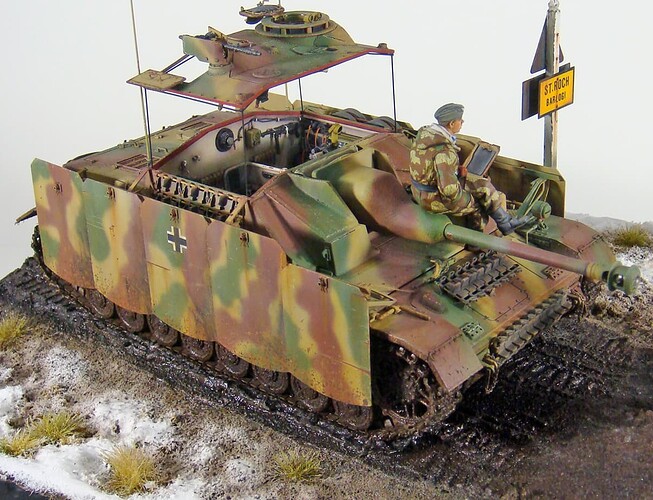 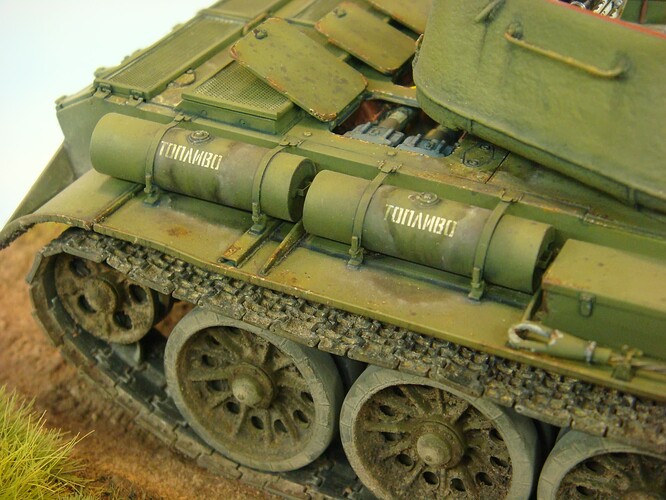 No love for pastel powders here?

Some uses as an adjunct weathering material. I went through a “Tony Greenland” weathering phase back in the late '80s when I used a lot of pastels almost exclusively for weathering. However, I believe that they can only be taken so far.

Here’s one of the last builds I did using only washes, dry-brushing and chalk pastels: 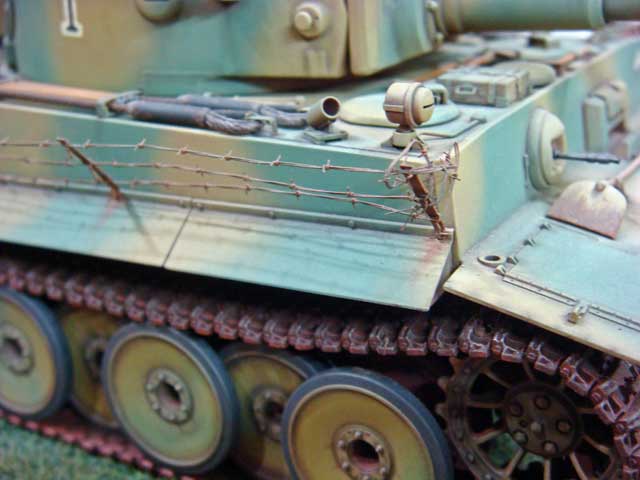 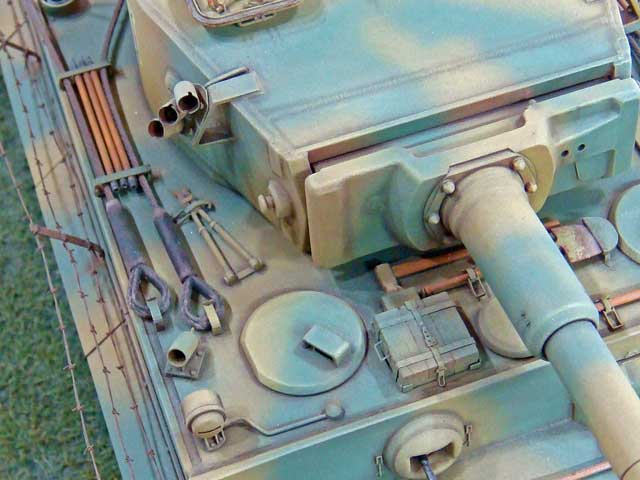 I still use chalk pastels, but mostly now as a supplement for dry pigments and some streaking effects. In particular, I use them for “odd” seldom used colors that it doesn’t seem economical to buy as dry pigments. For instance, slimy and mossy greens, grays and blues on groundwork elements. Another use is for gray and black soot stains where the chalk pastels (that are formed with gum Arabic as a binder and surface adherent) “stick” to the surfaces often better than other mediums.

I lump that in with pigments, as a generic what works for you.

I missed your mention of pigments. My bad.

VMS pigments are quite nice and he has some videos on his website about how to use them. I got great service buying directly from him and Michigan Toy also carries them.

For your sake I hope she doesn’t read this. “Yeah Honey, I use your makeup to make my models look dirty. It’s the perfect color!”

I would ask the same question: “No love for Pastels?”

I like them just fine. I’m still using a set of Sakura brand Nouvel Pastel Carre I got at a local model shop decades ago. Sometimes I mix up a couple of colors after shaving powder from the stick.

I lump them in the pigments as a generic term.

For light dust effects my go to is: AK/MiG chipping fluid , dry with hair dryer, couple light coats of tamiya buff, deck tan, ect ( whatever color you are trying to mimic, and than rub off with some water and brush, it’s a really great effect for light, or. Medium dust effects, my 02

WOW, my compliments on you guys and your amazing dust effects! I’m mostly a ship modeler and so my occasional armor techniques are on the basic side. Also, my tanks are 1/72 rather than the “real” 1/35 armor scale. 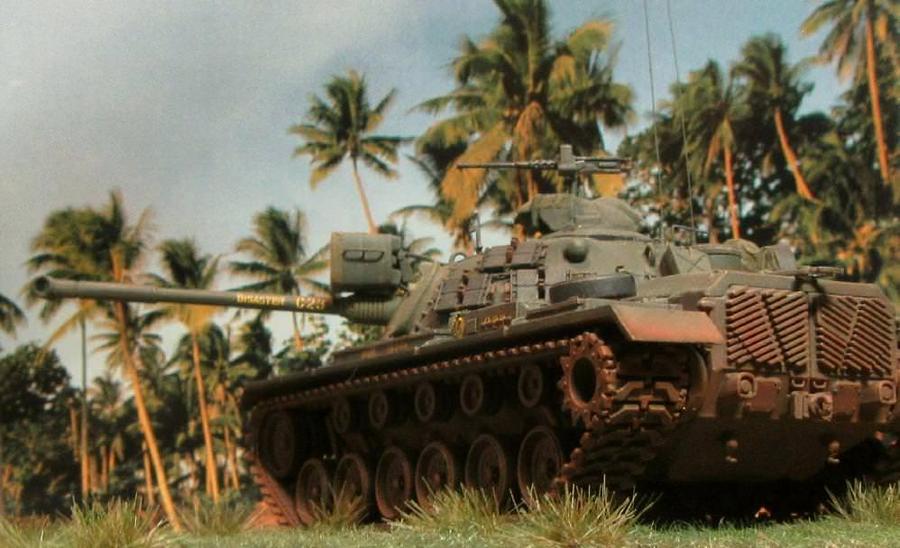 Still, I’ve had good luck with simple artists pastel chalk sticks powdered on sandpaper and slathered on the vehicle dry with old paintbrushes. The fragility of the resulting “dust” coating is actually advantageous as it easily rubs off surfaces and corners, just like the real thing.