Hi
I’m building Tamiyas early M3 Bradley. I’m a little confused about the 7,62 mm ammo stowage on the turret. In the kit there is racks for three boxes at the back on the stowage bin, and three on the side of the turret. Is this a prototype configuration , I can only find a few pictures of this set up. 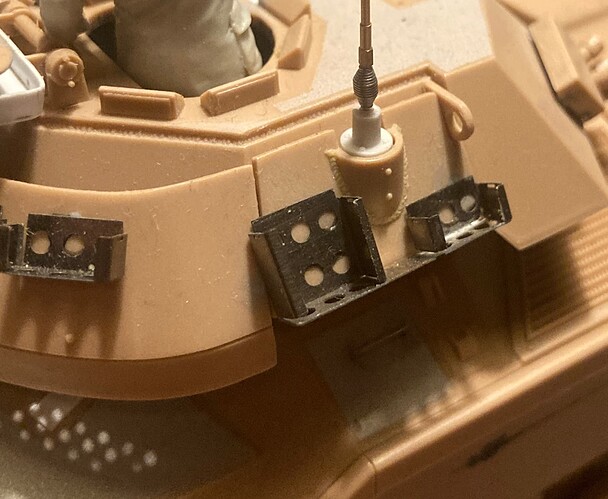 The turret side ammo stowage was seen on early M2s and M3s. By the time they were upgraded to M2A1s and M3A1s, these were deleted. 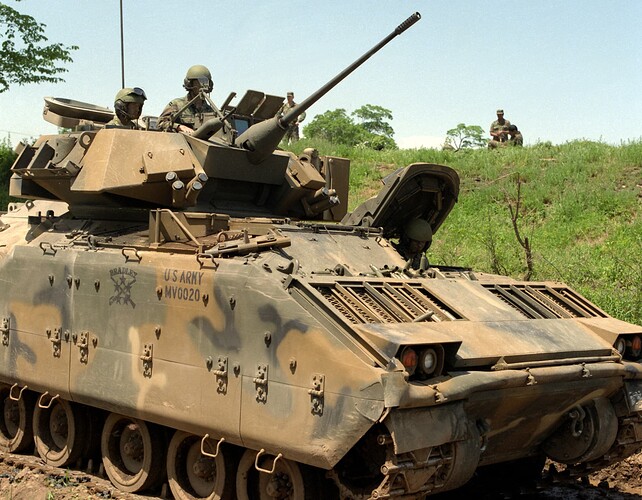 Only picture I was able to find.

Another one (Exercise REFORGER, January 1985) ? 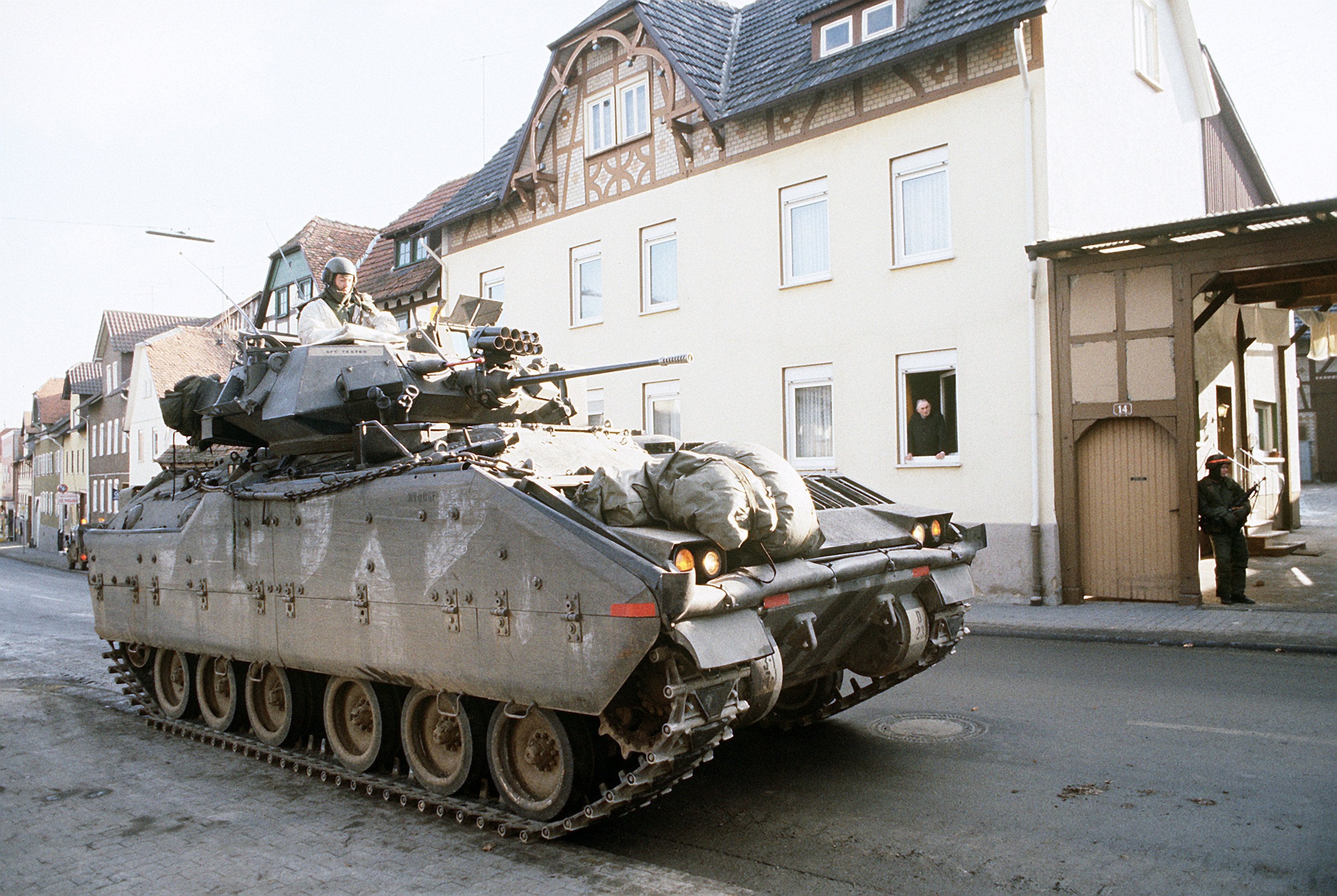 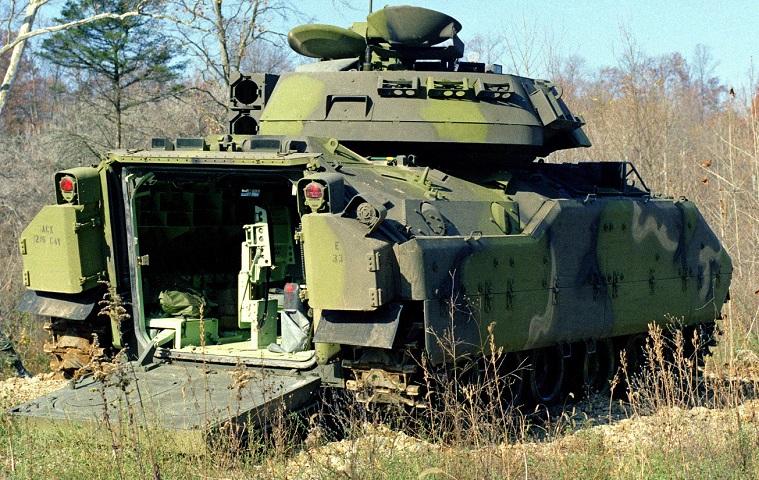 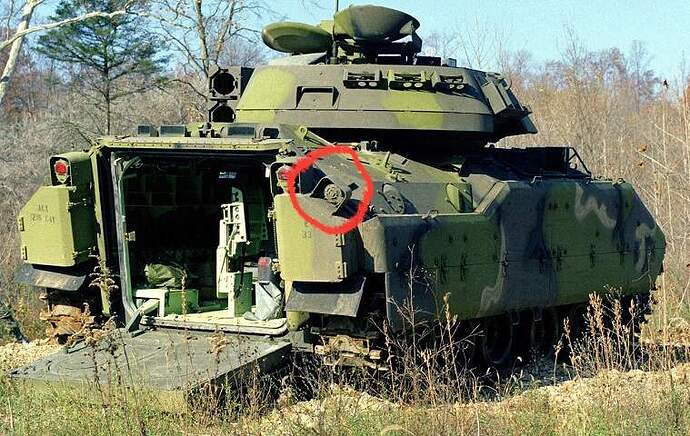 I guess so. Looks like it was an early vehicles feature…

Maybe to notify when ramp was about to drop ? Any idea why they’d do away with what seems like a very useful feature?

Maybe they thought the horn on the front was sufficiently loud. Same system has worked for decades on the 113. You can see the bean counters now," 2 horns on one vehicle? Preposterous waste! Let’s equip the turret with a $700 Craftsman ratchet instead."

Very helpful answers and pictures. Thanks a lot guys.

After going through the posted info; I’m going to put together a second turret for my Bradley build to represent an M2A1. 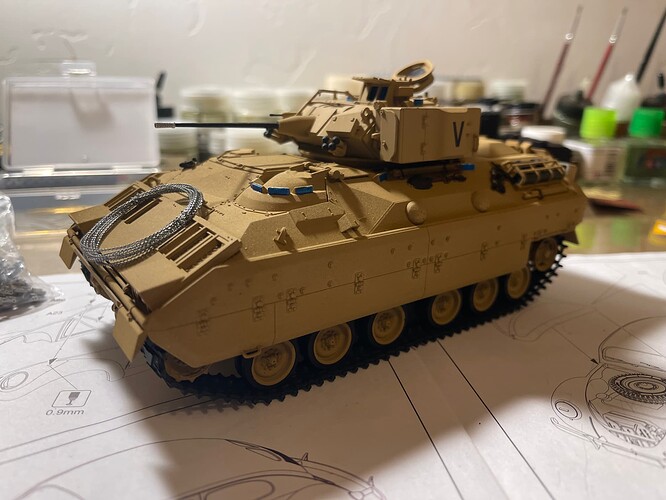 The conversion should be easy enough. Remove the front smoke grenade boxes, reshape the TOW missile launcher front plate, add the periscope cover plates and add the larger rear stowage rack; along with adding the periscope covers on the driver’s hatch.

The port guns are already plugged, so that’s out of the way. I think I might add the rear hatch guide in thf back as well.