I’m totally depressed. I’m finishing up my M1142 Tactical Fire Fighting Truck and noticed a little errant clear glue on the windows of the crew cab. While gently scraping the glue off, the triangular window let go and fell into the sealed cab! I’m gobsmacked! Nothing like this has ever happened to me in 50 years of model building. The beveled clear part is stuck inside the cab and I have no idea how to get it glued back in the opening. I’m absolutely screwed. This kit was over 800 parts, $120, was coming out fantastic, and now it’s bin - worthy! Seriously, what am I going to do? 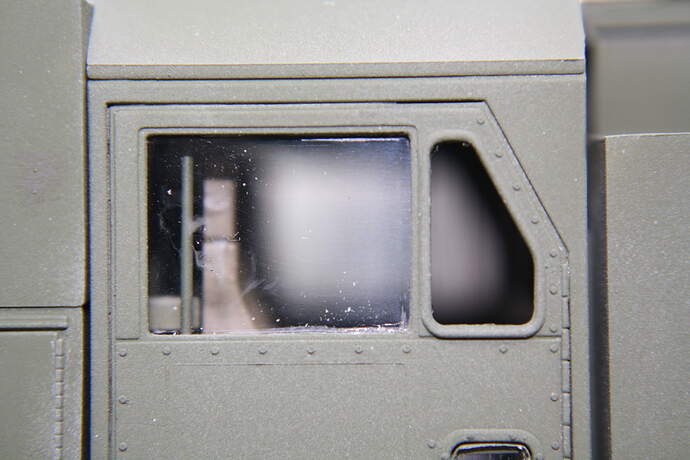 Seriously, what am I going to do?

Breathe, you can fish it out and use a wax sticking pencil or similar to attach from the inside with future or similar. Like building ship in a bottle.

Thin stick with something sticky on the end to catch that errant piece.
Ideally by getting it stuck parallell to the stick so that it can be pulled out through the
window hole. Possibly assist the exit through the window hole with tweezers.

An alternative way is to push in the other, rectangular, window as well and then extract both
through the larger opening. Then you will have the choice of replacing both with clear polystyrene
or polish and reuse.

Gluing in windows from the outside:
Tricky business but with care you can hold and maneuver the clear parts using the same stick with sticky stuff on the end. 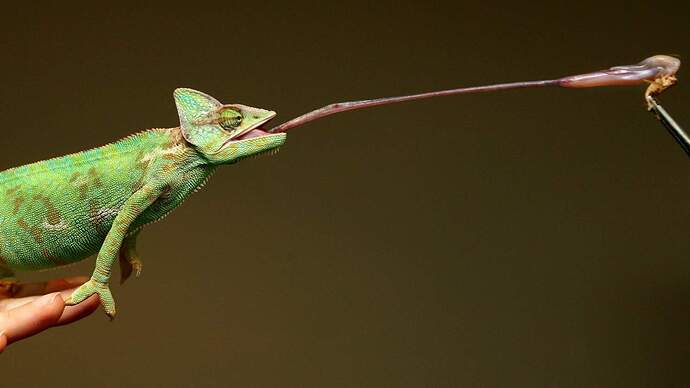 Wow that sucks. Maybe not contest worthy. Just angle it so the window ins’t seen in personal collection. ( if you can’t get it)

Also you seem to have a run of bad luck with truck glass, recommend building a tank or similar with no glass to shake the bad mojo.

… Both Ryan’s and Robins plans look like the best options… I would put it down for a day or 2, get a clear head and a clear plan then put it into motion… Don’t do it while you’re frustrated or something else is sure to break…

Maybe use a rod with BlueTak secured to its end and try to fish the part to attach it. While using gravity to assist, move the part into its resting position while carefully applying adhesive. I find that ‘Micro Krystal Klear’ works really well for clear parts. … Also, what the others have said above.

You guys rock! You’re true friends, all. Thank you for the solutions, and for the encouragement. John, I’m going to put this aside for maybe a week. And Ryan, you’re right, I should stay the hell away from truck glass for awhile!

It is probably no consolation whatsoever but I’d been working on an ancient, and I mean prehistoric, Airfix 1:32 Mini Minor, in a vain attempt to provide a military version (Staff Car Grade 5 since you ask) and had lavished so much care and attention on it all when everything went south very quickly; glue fogging despite my best efforts, and appallingly bad fit of the transparencies which I could do nothing about as the glue was setting. I watched it all mist over before my very eyes. Being so rare it cost a bloody fortune too. I couldn’t believe it, but in the end (after counting to around a thousand, and a couple of long walks in between) decided what the hell? I pressed on and decided it was a sort of “Proof of Concept” in that the idea was sound just the execution was flawed. Note to self: Don’t attempt to drag a flawed kit into the 21st century, just let it be.

If I ever stumble across another one more reasonably priced I might be tempted.

The point is, all is not lost; the advice so far I’m sure will pay off. if not, then the fragility and sheer cussedness of the hobby has become, sadly, a tad more apparent. But hey! We all learn sometimes the hard way. I might even post the results here for a sort of less than perfect example.

Good luck with it all Matthew.

Well you’re all gonna think I’m crackers for this suggestion, but… you could try turning it upside down in a plastic container and place it in the freezer so the plastic contracts enough to let it fall to the cabin roof, the drawback may be the effect the condensation might affect your painted finish. Who knows? Really depends where it’s lodged inside the model.

Funnily enough Robin, the whole idea was to portray it with a male soldier chatting up his female colleague with the vehicle in the middle. I suppose if I abide by your advice then clearly the chatting-up has triumphed!

I sometimes think this project was cursed from the start: the female military figure I purchased was a metal effort made by a company called Aurora, and I thought would be an easy enough conversion to a British Army female soldier, but instead of white metal, fairly easy to modify I naively thought, this thing turned out to be made of tungsten or similar! In removing the headdress I damaged the face so had to try and rebuild it with Mr Dissolved Putty; I had to modify the skirt length with Milliput and didn’t make a very good job of it, then dropped it a couple of times, and had to re-do the face. I mean, you couldn’t make it up!

And as for the vehicle; it fought me all the way, for instance, just after I’d applied adhesive to secure the body to the chassis I realised I’d left off the rear-view mirror so couldn’t install it. I’d left it off as I’d broken it off so many times, yet then forgot about it. As for the wing mirrors I manufactured, I must have knocked them off around a zillion times.

Now, realistically, this was all down to operator error, not the kit, but it did seem as though the Modelling Gods were against me. I might get some pictures and post it just show how things can go wrong, though I doubt it’ll be of much benefit…

could you use that clear resin liquid that they use to fill in the windows on model planes, I know humbrol makes some.

on second thought nix this idea, too much contraction and your glued joints and parts will be popping loose all over

I agree with Robin and Ryan with the sticky tack on a stick, maybe though if your unable to remove it and the hole is small enough just try to cover the hole with a UV glue pen, it would act the same as what David said but the UV light makes the glue cure almost instantly.

Improvise, adapt, overcome. There’s a reason you have 50+ years of modelling experience.

@SSGToms, oh that’s an unfortunate turn of events…but listen to Darth Wader on this Obi-Wan, you’ve got this and will successfully fix it.

As John said best to step away for a few days. At least get a few good nights sleep

Exercise, hit the gun range with the AR or AK, yell - it doesn’t matter- vent the stress and negative energy and get it out of your system. When your mind is clear and focused elsewhere - ideas on how to fix will start to come to mind.

This coming from the ham handed modeler who’s had to trim clear coat paint runs off the side of a Panzer IV with a scaple blade.

Everyone said it was a strip and repaint deal. The model later placed in an IPMS Nationals with its original paint. I definitely have a good idea of what you’re feeling at the moment.

Darth,
Your words are wise. The Force is strong with you. While meditating on the problem, it came to me - years ago I saw in a MicroMark catalog a product called “Pic - N - Stik” 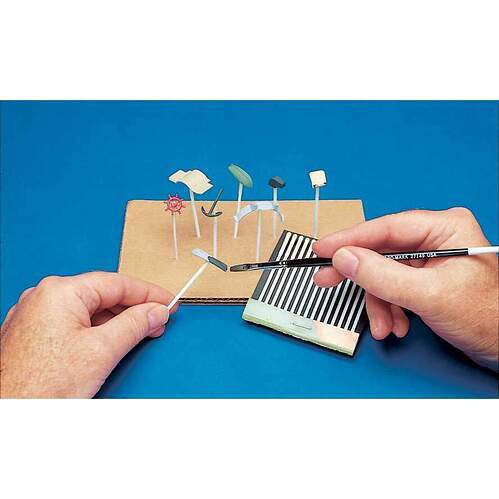 image887×887 45.4 KB
2 1\2 inch long wax pencils! These hold tight to an object when pressed flat, and release when twisted. I immediately ordered a pack. They are on the way and I am convinced I can nab the glass, get glue on the frame, and pull the glass into place with one of these sticks. I am also convinced that I can sit there motionless pulling on that stick for the full hour it takes the glue to dry.

We are more alike than you know Darth,
Obi-wan

Have you tried future floor polish as “glue” for clear parts? Dries clear, won’t fog and dries quite fast. It also has a bit of surface tension that holds the part in place as it dries

No, I’ve never tried Future, but I have a bottle and will try it on this. Thank you very much for the tip.