Expensive bill for an Osprey pilot

The structure at Addenbrooke's in Cambridge was blown into the air as the USAF Osprey took off.

“on take off the rotor wash caught the rubber helipad matting and complete destroyed the helipad, sending debris flying”
The BBC News video might not be available for all viewers, something about “location” …

Major Keavy Rake from USAF 48th Fighter Wing at RAF Mildenhall told ITV : “The area was surveyed according to our policies and procedures and some damage did occur.

"We are taking steps to rectify as soon as possible.

"Our units are continuously coordinating with our local partners to improve operations. We are greatly appreciative of the relationship and coordination we have with the U.K.”

Planespotter Elliot Langran, who witnessed the incident, said: "It was impressively loud but an awesome sight.

"The rotor downdraft was also pretty exhilarating, especially being so close to the Osprey.

“Just a shame they landed on the grass and not on the helipad itself, the whole incident may have been avoided.”

Almost appeared like the material wasn’t staked down and the weight of the material was intended to keep it in place. US AM2 matting has a lip and every so often a 6’ anchor post is driven into the ground through a eye clamp attached to the lip.

If your are super bored or want to fall asleep here is the TM to read.

Fun fact if the wind conditions are over like 15 mph you best stop working, while the sheet can have some weight to it, it can easily be ripped out of your hands and go flying. Heard of an incident where a C-5 ripped some panels loose and they launch them over the tail.

Would have been hard with the V-22 the intake is on top of the engine in that position but yes that would have been a bad day. Might have been why they stayed on the ground when it came loose, don’t have far to fall on a engine failure. That said they can fly on one engine.

“We don’t need no stinking helipad!”

I feel an obligation to leave this here, seeing as a V-22 is concerned:

Major Keavy Rake from USAF 48th Fighter Wing at RAF Mildenhall told ITV : “The area was surveyed according to our policies and procedures and some damage did occur

thay sounds like the understatement of the year, similar to describing the “atomic incident” at Hiroshima lol

Another example of downdraft dangers…

When the fan hits the sh-t

When the expression “ooohhhshiiitttt” is appropriate …

Thats a really funny podcast Dennis!
I lost it laughing in the end when when were talking about a V-22 gunship!

Didn’t get to the end yet but there was gunship version tested. 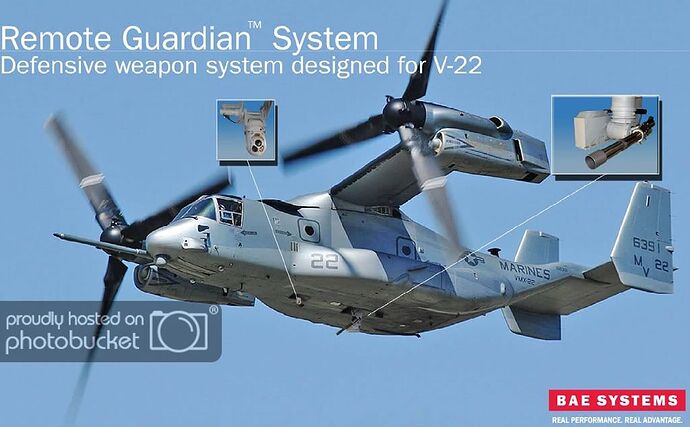 I take it those props on the Osprey put out more down-draft than a typical air-ambulance helicopter? But that unpegged matting was a classic problem waiting to happen!

Those portaloos musta been fun to clean out afterwards! We’d occasionally have them tipped over on building sites for a joke - the insides were pretty nasty…

Thats pretty sweet. Barly any firepower when compared to say… the AC-130, So I present to you the AV-22 Osprey… with a mounted 105mm, 40mm Bofor and with two 25mm gatling gun. It even has one mounted on the rear ramp for extra firepower that can be fired by a crew member. Now where do I mount the Hellfire missiles… 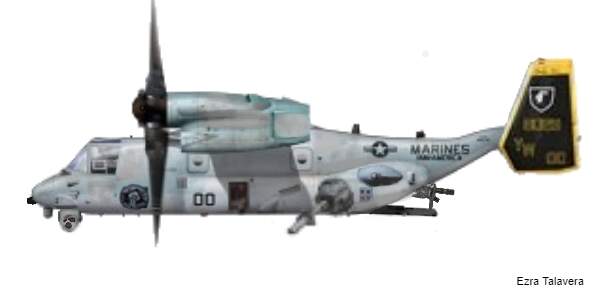 Hellfires could be on the wing. They need to drop a bit before firing.

Quite possibly the most impractical aircraft of all time.

I bloody well love it.

Speaking of gunships, look what I found: 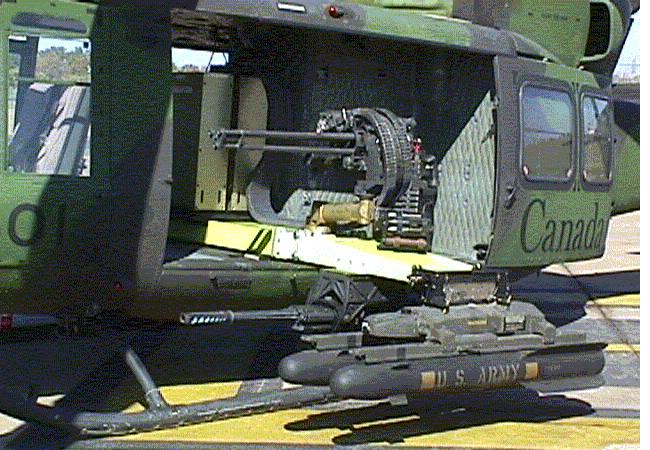 There’s not only the rotor wash but also the exhaust from the jet engines that is directed straight down in the vertical landing / take off. The heat of the Osprey engine exhaust is also a danger to dismounted personnel near the plane. (Hot enough to melt some runway surfaces.) Finally, the very size of the Osprey is way larger than the usual medical evac helos that probably use that HLZ.

It actually looks like the rubber matting is not actually the intended landing surface but rather intended to be a walkway for gurneys and personnel. Note how the tail ramp is positioned so that passengers can debark / embark into the aircraft from the matting. It doesn’t look like the matted area actually large enough for a even small chopper. The grassy area appears to be the intended aircraft landing / parking area.

The helo pad in operation with other helos.

How they transport folks from the pad to the hospital. 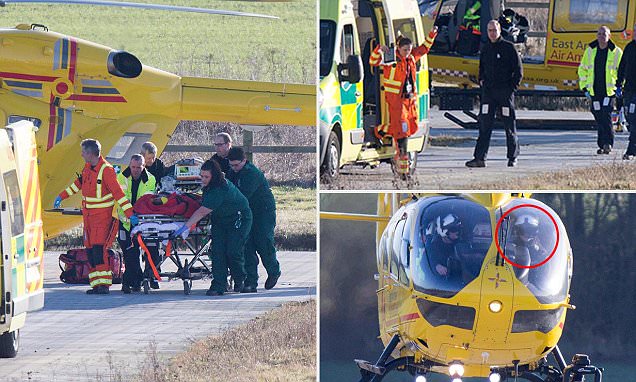 The Duke of Cambridge, who was recently criticised for attending fewer public engagements than his father at the same age, was seen hard at work as he flew into Addenbrooke’s Hospital.

they’d had the same results with a Chinook or Jolly Green. Their down blast was 180 mph. I doubt they saw much more than 220mph. I saw a Chinook blow a four hole outhouse down a mountain side, and blowing that padding would be nothing. Why they landed there is not our business, but they didn’t just pick that spot out of the blue. Somebody had them land there, and that makes him the go to person.

And if you think thats bad, then look at the results of a C17 taking off on an asphalt air strip. Hint: it only happens once cause they next time it’s concrete
gary