Say you have obvious locating holes into which you’re not glueing a part (for whatever reason). Putty is messy, requiring careful cleanup. I just used stretched sprue. It’s not crucial, but is better to use sprue from the same kit as it is the same plastic quality, and color. The stump end of stretched sprue is usually thrown out, but this is the part we need, as the end tapers to the width of the sprue giving a variety of diameters of holes to fill. Clip the end of a section of stretched sprue and thread it through the hole to be filled, from the outside. Pull it through until it stops and is snug in the hole. Secure with a tiny dot of glue on both sides. After a few moments clip both ends flush with the surface. Add another dot, or two, of glue, and let thoroughly cure and fuse together. Sand smooth. When finished any trace of a hole will have completely vanished! Cost?..The tiny bit of glue used.

I’m a bit of a contrarian in some ways as I dislike stretching sprue.

bit as I’ll have to dig around in the hobby desk to find one. Should I find a candle in a timely fashion, the searching is only half completed as matches or lighter must be located. This is simply too time intensive. Plus the room will smell like an extinguished candle afterwards. This is simply unacceptable!

The true total cost analysis being a dab of glue, wasted time and a stinky hobby room.

Being of German heritage, I prefer to engineer a more precision and elegant yet slighty more complex solution. Grab the appropriate .020 .025 .030 .035 .040 styrene rod clip a small section and glue into the hole. With precision MKII eyeballs (have bifocals) its possible to gauge said hole exactly at a mere glance. Wait briefly cut flush and sand. The true total cost analysis being a dab of glue and a bit of styrene rod. Das ist die überlegene Methode! This is the superior method! Plus it isn’t stinky.

I find this to be by far the lesser cost.

(For you serious types out there, that was intended to be tounge & cheek)

I’s a sad state of affairs when one has to explain that what was intended was humor.

Being of German heritage, I prefer to engineer a more precision and elegant yet slighty more complex solution.

The summed up development of the King Tiger tank!

Actually, my method is the superior one as the same piece of stretched sprue will fit any hole up to the diameter of the sprue. And I use a butane lighter so there is no offensive smell!

FWIW, I usually use a small dab of CA glue - nearly instant curing, so quick finishing and never even a small “ghost” of the hole outline left.

Exactly! The two parts fuse together and become one. If you use a different color sprue (say, white from a car kit) you’ll end up with a small white dot where the hole used to be!

We in the SH-RAG (Styrene Hot- Rod Action Group) says Obviously Not.

SH-RAG hopes the deplorables in ASSPT (Alliance of Shamless Sprue-Pluggers & Tuggers) sometimes know as Plugs & Tugs will convert to Styrene Rod without necessitating executive legislation and expansion of the Supreme Court.

We in the SH-RAG (Styrene Hot- Rod Action Group) follow WOKE environmental values and adamantly oppose the use of Butane with the fevor we opposed the nearly harmless chemical know as Butanone , also known as methyl ethyl ketone (MEK ) (methyl ethyl death)(methyl ethyl BAD $H!T) simply because they share the same first five letters in their respective names.

In addition, in very large quantities Butane could freeze plants 🪴 and this is simply too much environmental risk to condone.

So again, Sprue proves Das ist die überlegene Methode! This is the superior method! Plus it isn’t morally objectionable.

Spare the Rod and spoil the modeler! Can’t let that happen.

Something like that was once written in someone’s Holy book somewhere.

Or you can carve (or turn, for those with a suitable rotary power tool) a piece of sprue to the appropriate taper and use that. No burning or melting required.

Those poor deluded souls who haven’t heard about the Circular Economy (What Goes Around Comes Around, WGACA) and the benefits of reuse and recycle.
There is lots of perfectly reusable styrene sitting around in all those sprues, ready for picking by the economically and environmentally minded. Sprue can be used to fill small and large holes. the little number flags and the larger flat pieces with sprue letter, producer logo et.c can be used to blank of larger openings (freaking motorisation holes and other cr*p). Straight and curved sprue sections can be used as reinforcements to straighten curved tank hulls.
My daughter and I have an informal deal, she eats Risifrutti and I get the containers which are made of styrene. Risifrutti is slightly sweetened vanilla flavoured rice porridge with a side dish of raspberry or strawberry jam. 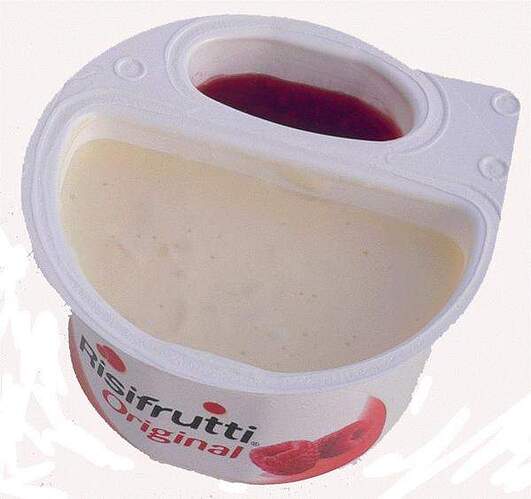 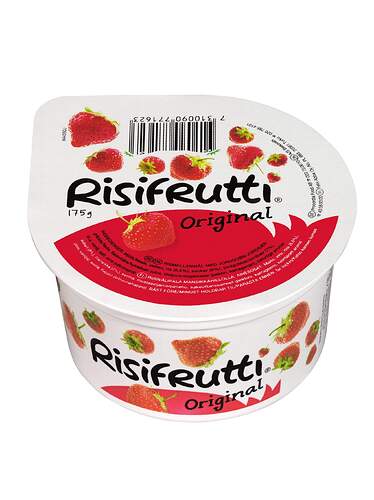 There are other types of food packaging made of styrene, we in the WGACA frequently raid the plastic recycle bin looking for styrene. With some training your fingers can feel the difference between the good stuff and the useless junk.
I have recovered largish plastic serving trays, thickish styrene.
Broken CD-cases are an excellent source of heavy gauge styrene sheet.
Just keep your fingers alert and your eyes on the look out for the ‘PS’ or ‘6’ recycling code.