I just finished building one big, challenging plane… The plane that turned the tide of the war in the pacific. It was the first plane that could successfully challenge the Japanese Zero utilizing the powerful engine, 6x 0.50" machine guns, armour and self sealing tanks. It had better arms, armour and speed than the Zero.
Back to the kit. As said, it was rather challenging. The tolerances are very tight, and, at some points there was none. It fought me more than once. The fitting of the upper half of the fixed wing is one location. I had a hard time getting it into place. The engine is another one: it consists of a core around which the cylinder banks etc are fitted. The fit was so tight that the outer rings cracked several times. Fitting the engine to the front bulk head was the last challenge. I couldn’t get it to fit properly. This resulted in the engine being too much forward. The engine covers are therefore not properly positioned.
Is it perfect? No, I made plenty errors would I do things differently? Most certainly! BUT! Did I enjoy building this kit? Absolutely. And in the end that is what counts… 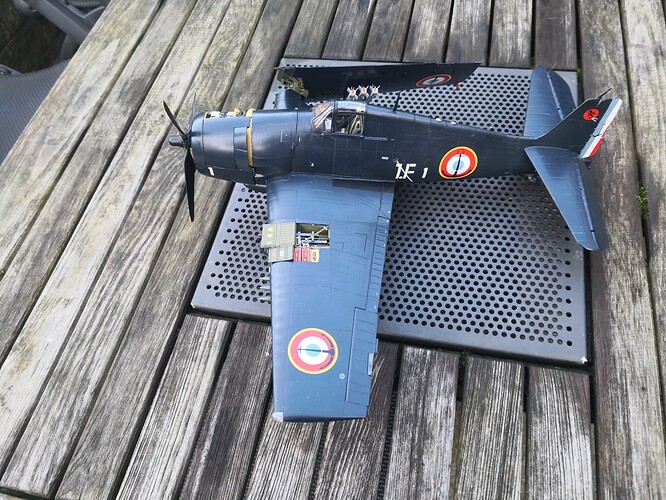 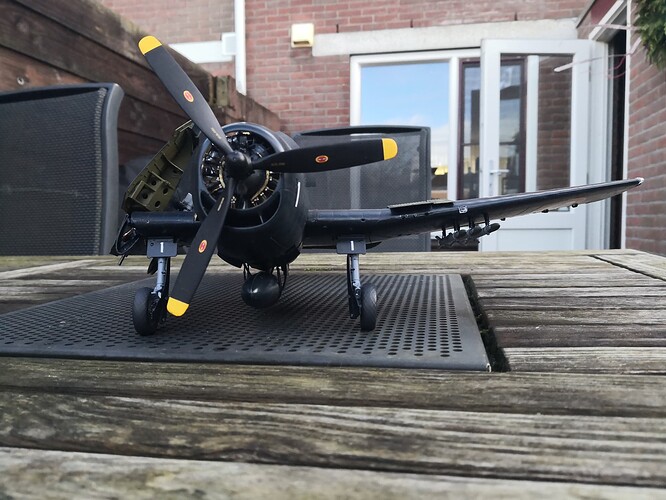 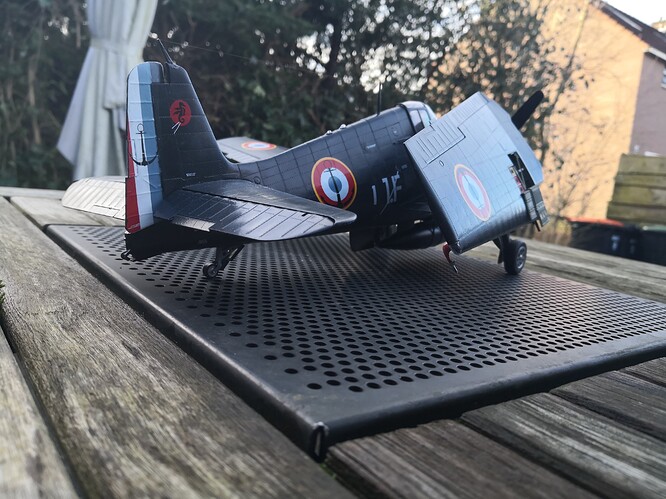 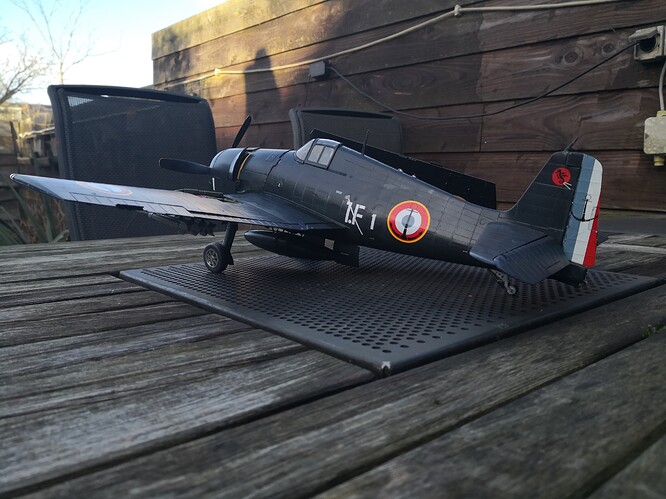 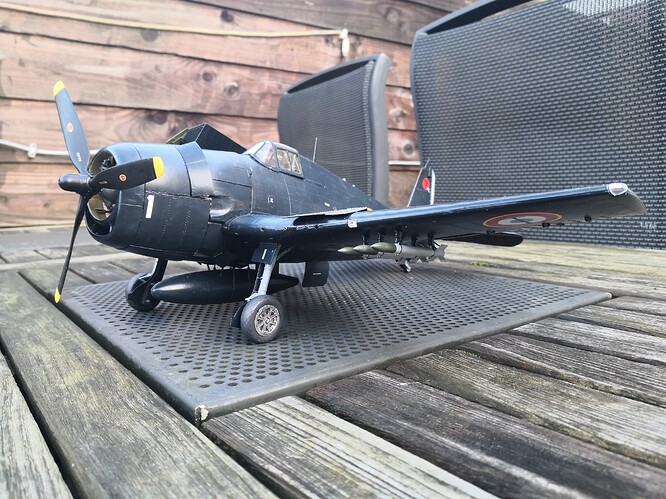 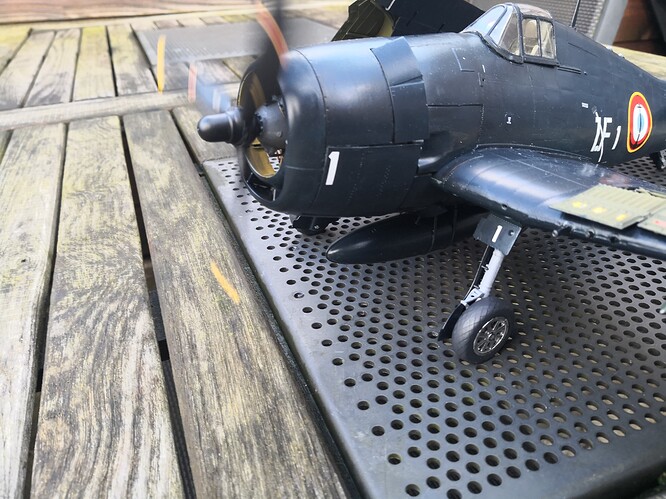 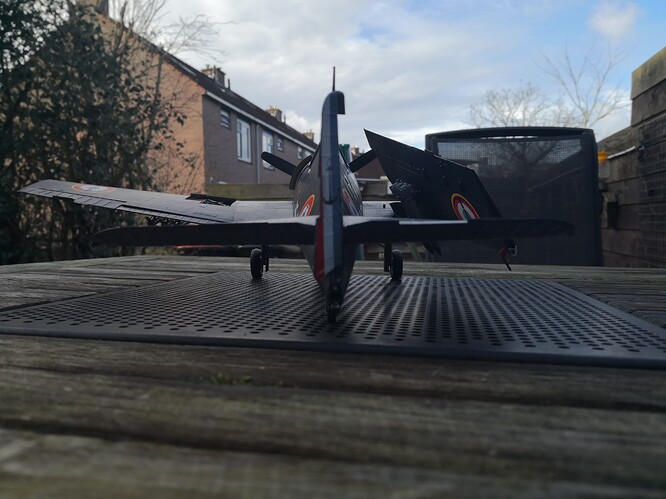 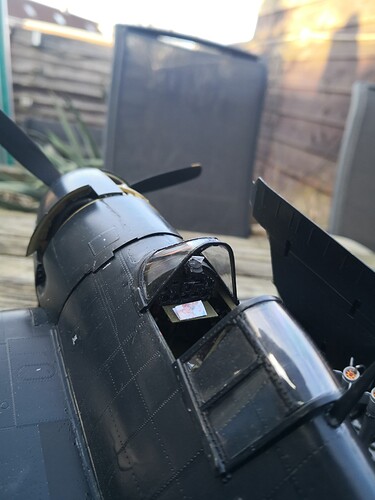 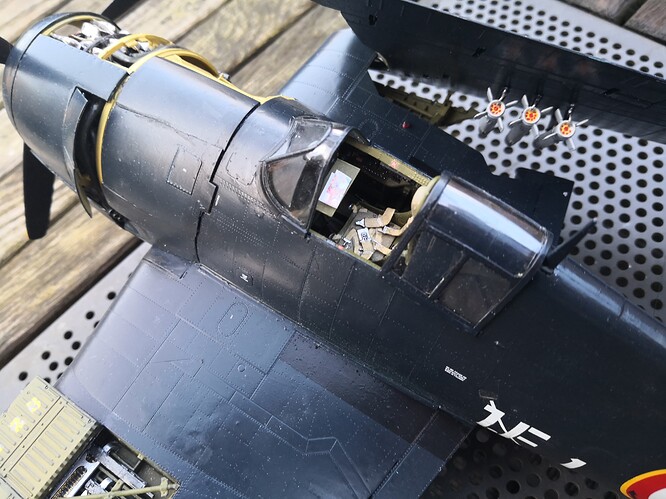 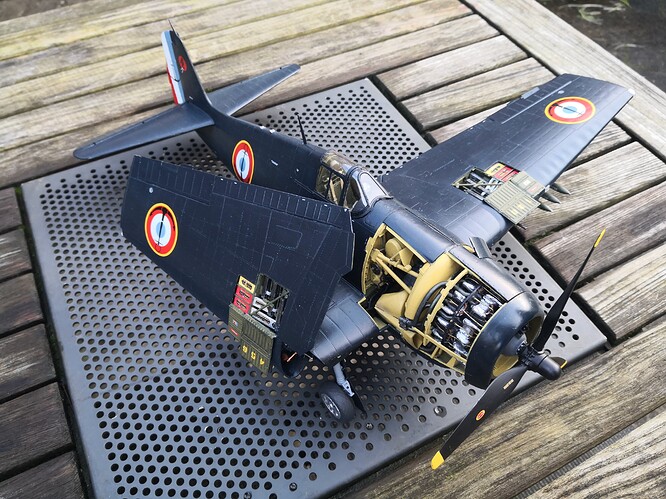 Impressive build Erwin, both in size and undertaking, it may have fought you, but you definitely came out on top on this rumble in the plastic jungle,

I like it but the access panels for the wing mounted guns definately wouldn’t be open on a folded wing!

Thank you so much for your kind words. I forgot to mention that the build is mostly out of the box. I just added the ignition wires for the HVAR rockets and used a printed map instead of the decal.

This is not true, the plane could be (re)armed while the wing are folded, just to save space on a already cramped flight deck of hangar.

I like it but the access panels for the wing mounted guns definately wouldn’t be open on a folded wing! 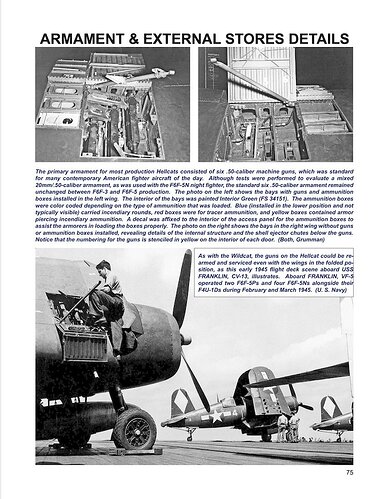 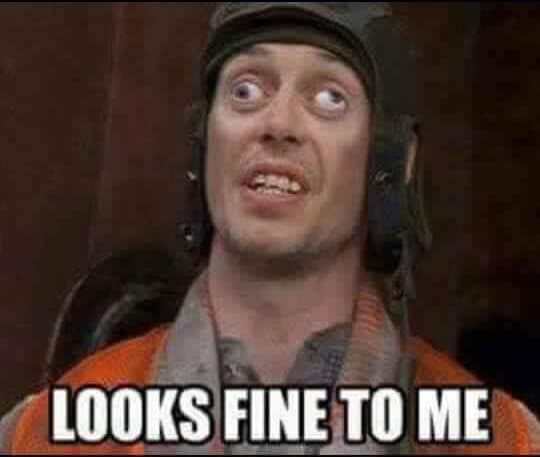 LOL! It doesn’t matter, but it certainly does show the ingenuity of the guys at Grumman…

The Matchbox Hellcat was the first model I ever completed (I won’t talk about my earlier attempt at the Airfix Harrier!), so always had a soft spot for the aircraft. Big, mean and tough looking thing!

It wasn’t just tough looking, it wás tough! I’ve been reading through the combat records and these are pretty impressive…

I’m always amazed by all those photos and film of Hellcats crashing on the carrier decks. And the pilots just climb out.
Grumman did a great job with the design. Real shame there aren’t more survivors in museums or flying.

I fully agree with that!

Some really great detailing on this kit Erwin. It may have been a battle , but you won it hands down. Great build and lovely finish with the one wing folded up.

Thanks Johnny. I do like to show as many options as possible on these planes to show their versatility…