After not finishing any model projects for twelve years, 2021 is going well with Tamiya’s #35372 KV-1 1941 Early being the fourth model completed!

The kit is literally falls together without any issues and was a joy to build. Anyone looking for a weekend build should consider the kit. Typically I’m a slow builder hitting 40 to 65 hours on a model tank or more but the KV-1 was fully assembled in less than 20 hours.

The link and length tracks fit well. They have several punch marks to remove on the inside face but clean up is quick and easy.

Please feel free to critique and point out areas for improvement. 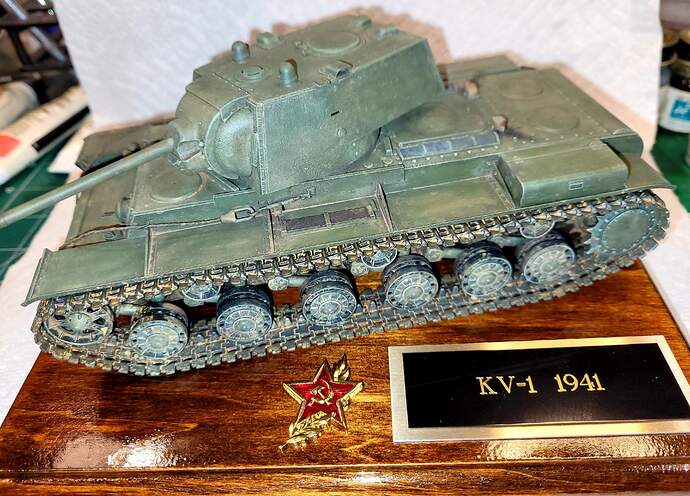 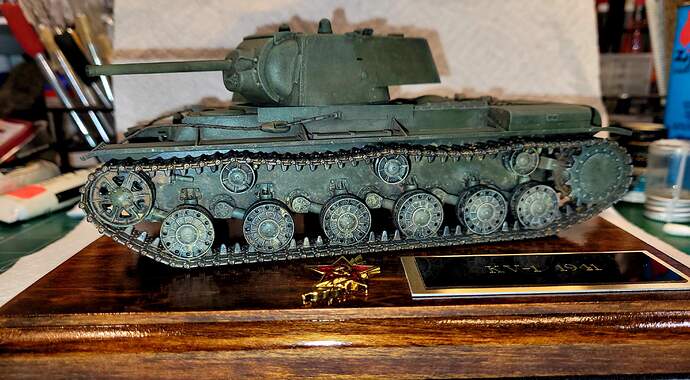 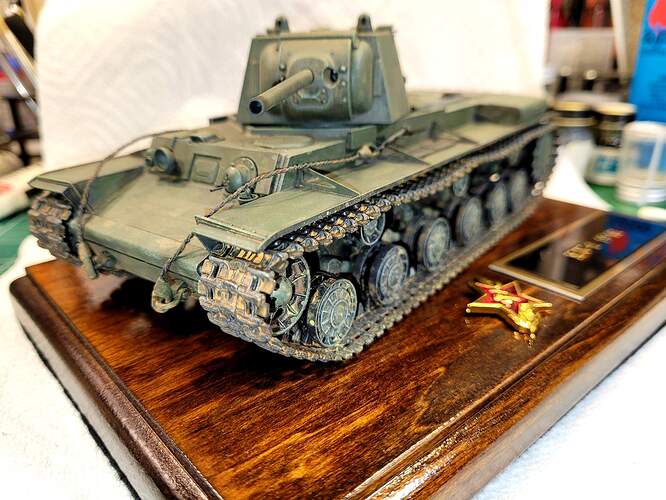 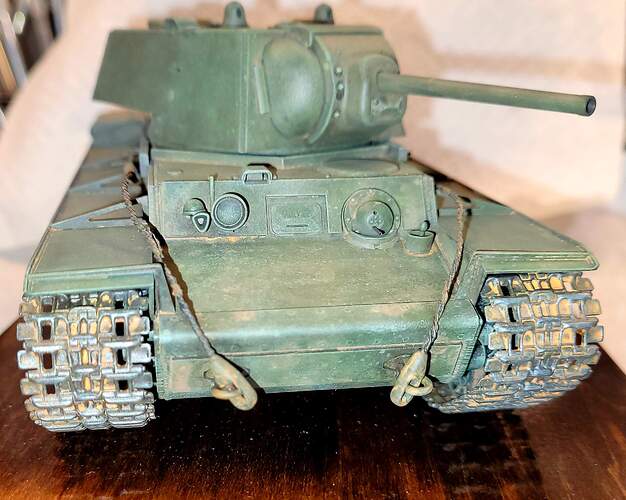 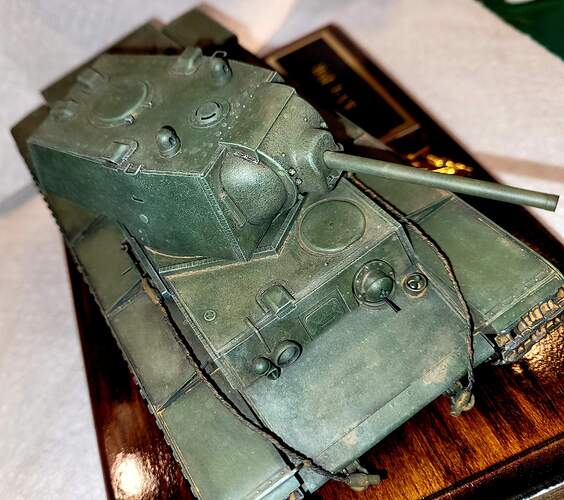 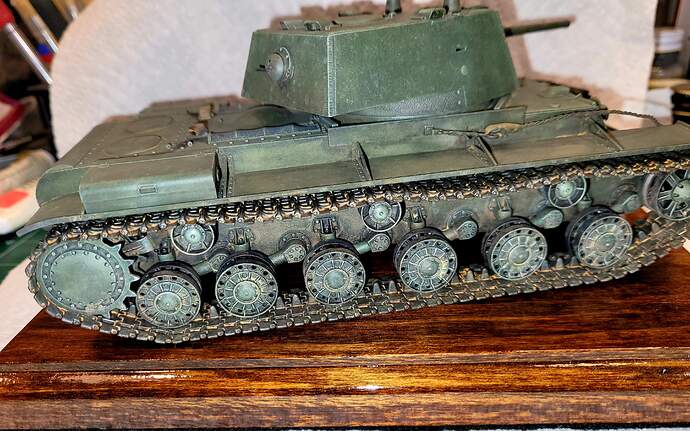 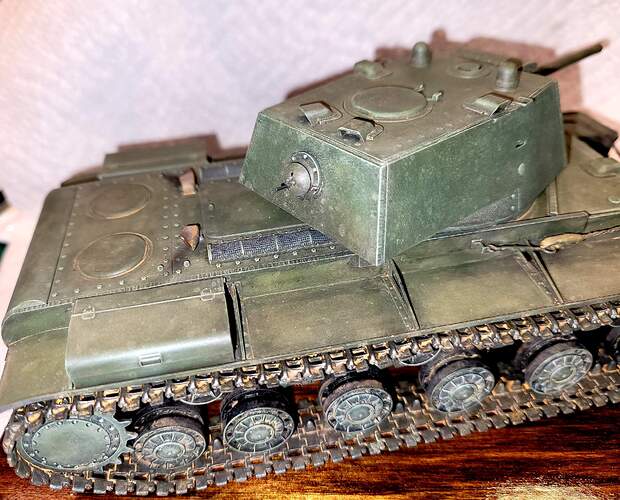 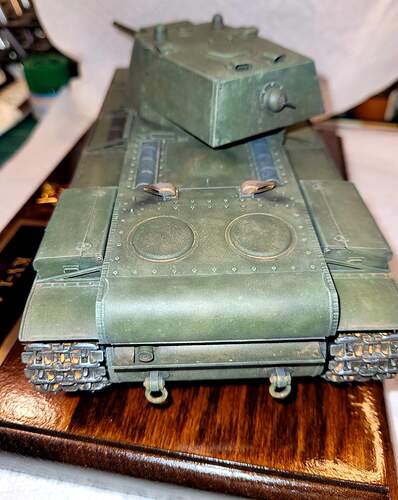 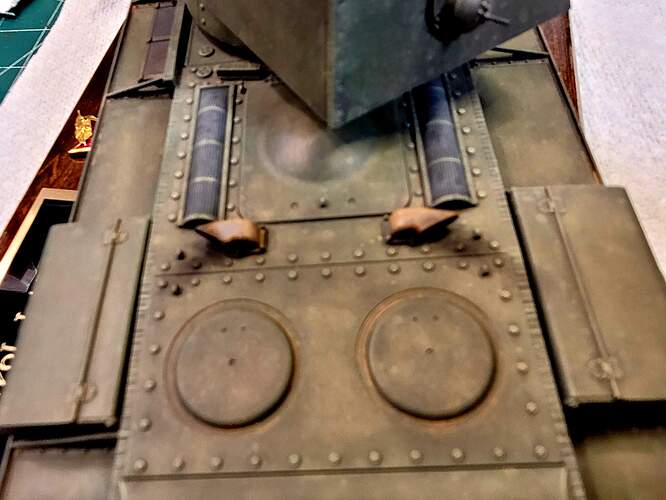 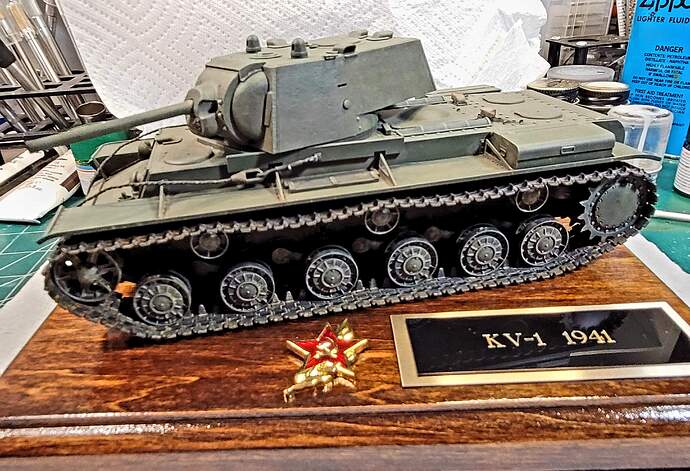 Very well done for getting this and the others finished Wade… You’re on a roll now !!

Nope, nope, nope - the KV is driving east to west, so the Panzer IV should be turned around the other way mounted driving west to east. This just looks wrong… Just kidding Wade, these are both beautiful finishes and 2 big attaboys to you for their timely completion. You don’t seriously think you can keep this production rate up do you? How many kits can you build OOB before one just whispers “superdetail me”? Seriously though both those tanks look very impressive, but we’re talking KV-1 here. I like the light mud treatment. Looks very realistic and not overdone. Very good splatter effect. Most impressive highlighting. Exceptional “one color” finish without it all being one color. Nice dusting also. You got the screens looking very convincing without PE, too. 5 Stars Wade. Keep 'em coming!

@Johnnych01 John, thank you! I,really appreciate the feedback. I was concerned the weathering had gotten too heavy.

Let’s just say the Pz IV driver just got lost in those vast russian steppes and went the wrong way!

Thank you forxthe kind KV-1 comments. I was concerned it had went over board!

Shooting for full DoZeN in total finished by years end:) Maybe six more models worth over the next three months

Probably too ambitious but that’s half the fun

It is really a ver nice build and paint, the photo about the engine deck confirms it. You did a great job on the kit!

My only comment is that next time you make photo try to do it under sunlight and not in-house and flashlight. The color I see is probably not whta I would see On the finished model, I think.

Excellent point, I will try to do better with the lighting next time around.