A couple of weeks ago, I picked up a few kits from the Polish First to Fight range of kits and magazines. As I’ve got a bit of time this afternoon, thought I would make a start on one, the Kfz13 armoured car. It’s also a good excuse to try out some of those AK paints. 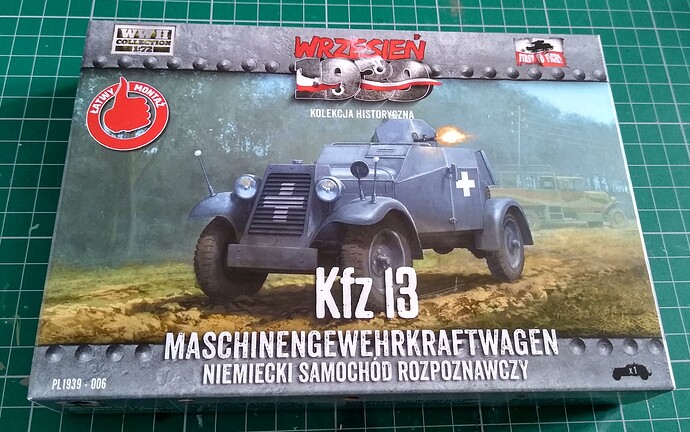 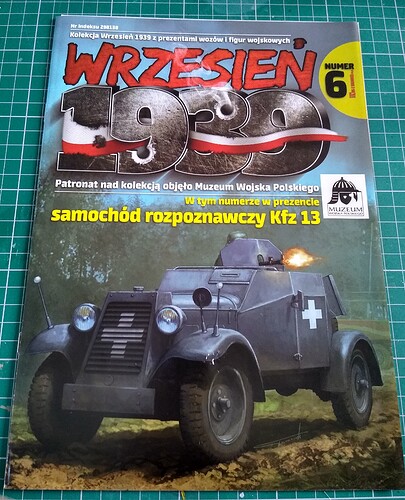 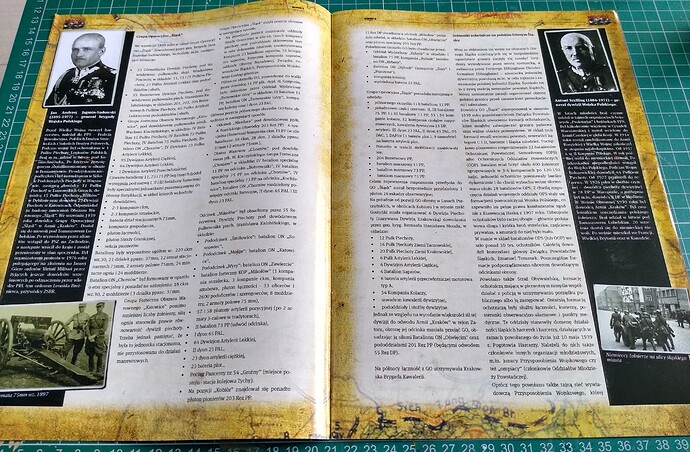 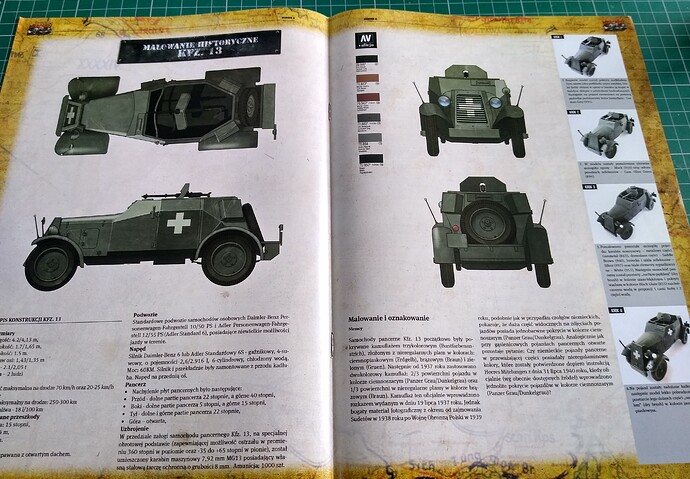 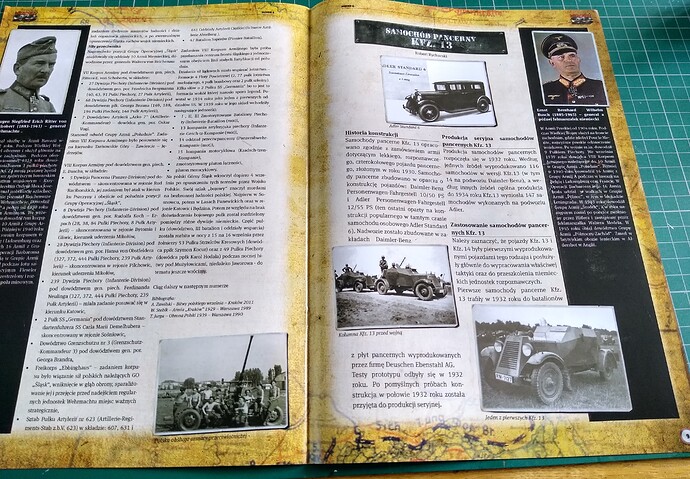 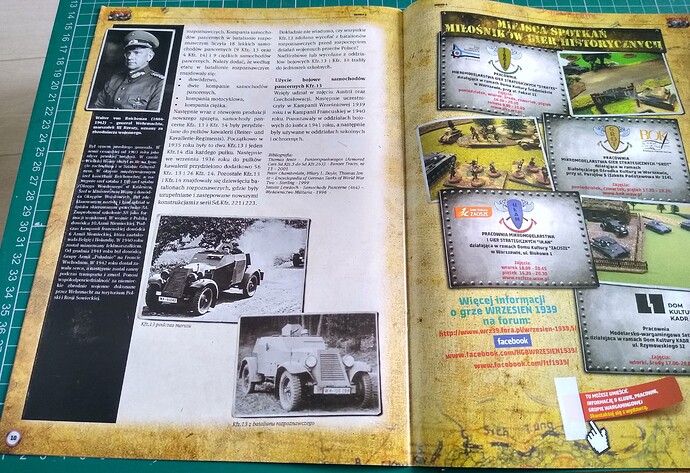 The magazine of course is all in Polish, but it does contain a nice full colour profile guide, with colour call outs in Vallejo paints and some photos for reference. 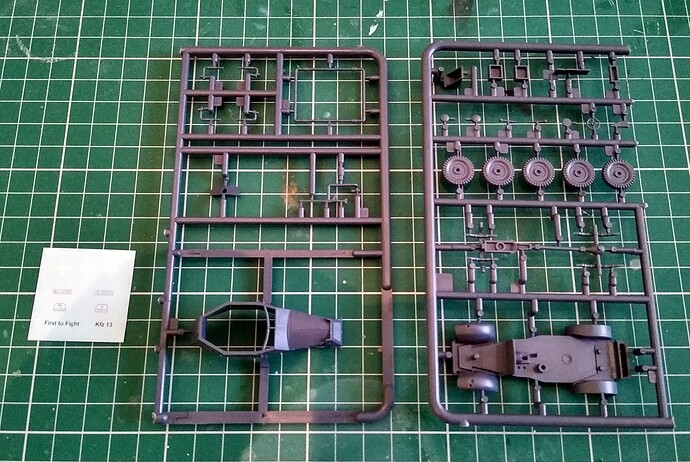 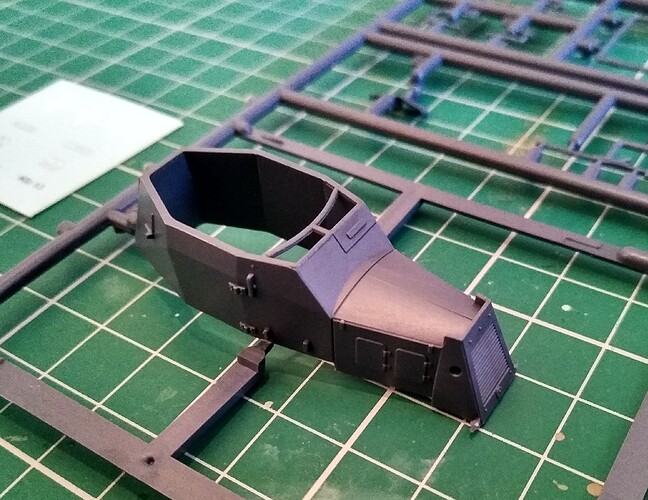 Quite a simple kit, details look nice and sharp. Should be a fun and quick little project.

Back in the old sites’ era I reviewed and had some experiences with First to Fight kits. I agree with you that they have nice details but also great potential for enhancement based on the kit or like in your case, for trying a paint or painting techniques. Depending on the builder’s expectations for the result, an entire kit should be reasonably assembled in less than twenty minutes or so. Be interesting to see how you make out with this kit?

I’ve got their Bofors kit. I haven’t started it yet, but it looks pretty nice - at least a helluvalot better than the VERY old Airfix kit. Dan Taylor Model Works makes a PE enhancement kit for it. S - Models also make some very nice easy-build kits.
Good to see there are still some Braillers around!

Thanks guy’s. I have been looking at a lot of the others. The Bofors and some of the artillery pieces have caught my eye.
The range does remind me of the old Matchbox armour kits. Simple builds, nice details and rare and unusual subjects.

This one has some awkward seams around the mudguards to clean up, but other than all good.
Will post an update tomorrow.

Some of us are definitely still around but impositions of LIFE keep interfering with the plans of us mere mortal mice and men?

Your project has provided me with an appropriate positive distraction at this time as it reminded me of the initial F to F vehicle review I did of their Panzer I. 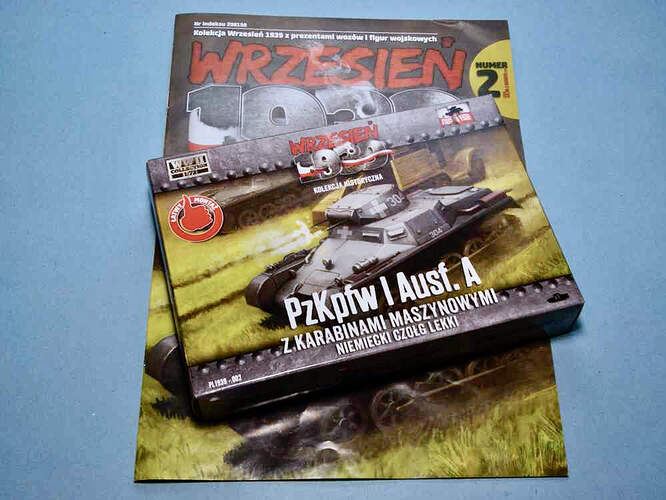 Kit availability in my area has all but ceased with the closure of our last full service hobby shop. I must now deal with mail order or prolonged trips on the road.

I don’t recall too many issues with my Panzer I other than seams on the turret which can be seen in the following image. 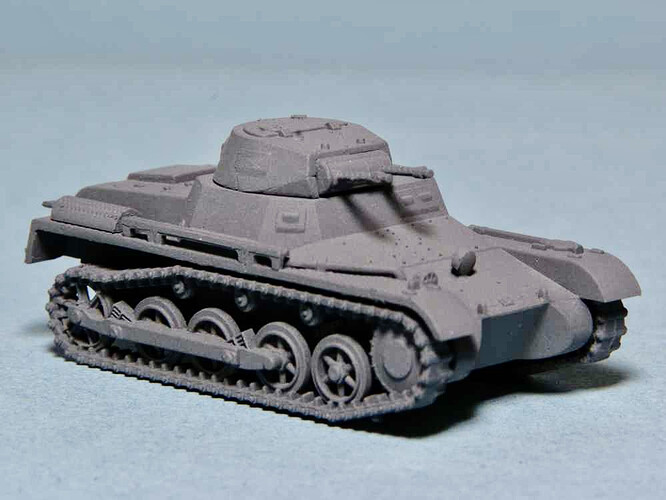 Good luck and enjoy you build and looking forward to the progress.

That’s really nice. Will add that one to my list.
That area around the turrets is always tricky. Nothing a little bit of Mr Surfacer won’t solve.
They do a great range of early war vehicles.
It’s a pity the magazine was never translated and released over here. I would’ve bought it!

A small scale armour campaign might be fun to do here. I have a load of stuff I need an excuse to build.

The model is what I might term “quite acceptable” but could definitely use a touch of TLC by the motivated builder. As the name on the magazine cover translates to “September 1939” the vehicle/equipment range applying to that period is indeed being covered quite well. As for Mr. Surfacer, I can only sight and say “if only…”.

It was sad the creators of the FtoF series didn’t plan for their kits to have a positive response internationally. An English translation would likely have been much appreciated, even if in PDF format.

A small scale armour campaign? Now hold your horses there cowboy! Although I have a potentially adequate stash of small scale subject material, who might be deliriously affected enough to lead such an insanely intelligent endeavour?

While we are dreaming and fantasizing how about a Small Scale Tactical Artillery Campaign. That would give you my good Stephen a chance to add some FtoF artillery pieces to your stash?

I… am…in…
Seriously though, you should set this up!

A small scale artillery campaign would be very cool! At that size building a diorama of the gun in action would be much more manageable.
Pretty sure I have Italeri’s 25pdr somewhere, and I think it came with a full crew iirc?

I’m eyeing up a the FtF Skoda 100mm. From what I can tell, it has the early spoked wheels and later tyres. So could easily be used in a WW1 setting too.

I might be in. I just have to push several half-built ships, aircraft, figures, and armor kits to the side! And I’m running out of sides!

I… am…in…
Seriously though, you should set this up!

NOW WAIT A COTTON-PICKING MINUTE!!! Both of you “gentlemen” have obviously MISSED the somewhat sarcastic intent meant to be in my “Hold your horses…” sentence! I in no way suggested, offered, intoned, implied or volunteered anything pertaining to myself in any way shape or form being involved in such an adventure. Am I similarly to asume that one of you “eager beavers” have decided to grab this runaway train by its throttle and organize, lead and manage it???

Am I similarly to presume that one of you “eager beavers” have decided to grab this runaway train by its throttle and organize, lead and manage it???

I set up the Great Canadian Campaign, so with some help from campaign guru @SSGToms I could prolly organize it for you and set up the thread.

I set up the Great Canadian Campaign, so with some help from campaign guru @SSGToms I could prolly organize it for you and set up the thread.

That is VERY decent and gracious of you to volunteer as you have. However, as any of us that have had service in almost any nation would warn, “NEVER VOLUNTEER for ANYTHING!”

Granted this isn’t the services but even on a civilian job the warning would still serve one well. I have organized and ran what I’m sure were quite successful campaigns on the “Old Site” (including the first Matchbox campaign). I’ve also participated in my share of campaigns over the years and ALL with 1/72 scale or smaller entries.

I have been using this new system for over a year but am still not totally familiar with many of its’ workings which explains my reluctance at attempting to establish a new campaign. But, I am quite willing to assist “behind the scenes”. Can I presume that as in the past we might need to establish a separate thread somewhere and (a) propose the campaign and what it’s about and (b) see if we can accumulate the minimum number of members to commit to joining before we submit a campaign request to those who hold the power to authorize it?

<==Due to the age of certain members the mugs contain discoloured root beer!

I’m not volunteering for anything! Merely suggesting it would be a cool campaign.
I wouldn’t know where to begin running one.
Ezra, if you think you can that would be great. Just hope we get enough interest to make it happen.

Can I presume that as in the past we might need to establish a separate thread somewhere and (a) propose the campaign and what it’s about and (b) see if we can accumulate the minimum number of members to commit to joining before we submit a campaign request to those who hold the power to authorize it?

Pretty much yea, except from what Ive heard you dont need 10 people like on the old site.

Fantastic! What would we be thinking? Small scale artillery or just a general braile scale armour, vehicles, guns etc?

Yeah there some really small stuff out there. I did once do one of those giant self propelled mortars in 1/144. Think it was Dragon?

I think a general campaign would get a lot more interest. Artie, flak, tanks, trucks, figures, the works.

So like 72 to 700 then? I cant imagine people going smaller then that…

What’s a good time frame? November? We could make it a 6 month one cuz the projects aren’t to big.

Sounds good to me.
Small scale is usually quick, so 6 months might be ok for it.

Talking about 1/700, I do have some M4’s and Churchill’s at that scale I bought to go in some LCT’s! I think it would be minutes to paint one of those.