Ahoy there nautical buffs, this is my first nautical venture since my mid-teens.

All that time ago, I built the Bismarck and Graff Spee, so this will be new and fun.

I intend to do this as an out of the box build (famous last words) as I have a terrible tendency to get too excited and purchase loads of extras.

Technically this is not a ship, but as such it is quite a deadly adversary as the American’s found out when attacked by a squadron of S-100’s whilst they were training on south England coast during WW2 in preparation for the D-Day landings .

I intend to do this as an out of the box build (famous last words) as I have a terrible tendency to get too excited and purchase loads of extras.

I’m with you… my best out-of-the-box intentions always seem to go awry as I get excited about the project and … well, you know how it goes. You officially have my encouragement actually build out of the box (if you can manage it) or to go as crazy with extras as your heart desires!

This will be cool build, looking forward to it!

Why Not!!
Why Not make the voice stop, so I can hear the other 4 voices in my head!!
Why Not make it OOB, because the dark side is better!!! Or do the other voices tell you??
Why Not should I ask?

Well, I have been tinkering some, yes there is flash, but hey, this is probably quite an old kit anyhow, so why complain? 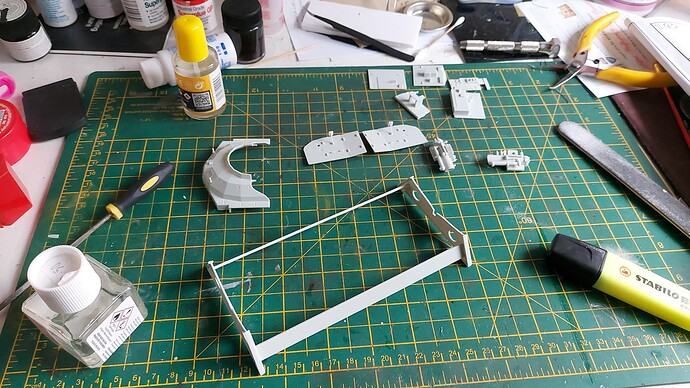 Initially, I started small with the stand and some bits, then I had a swing at the hull. Boy, even though this is braille scale, this pretty big for a darn torpedo boat!! Needed some clamping, though… 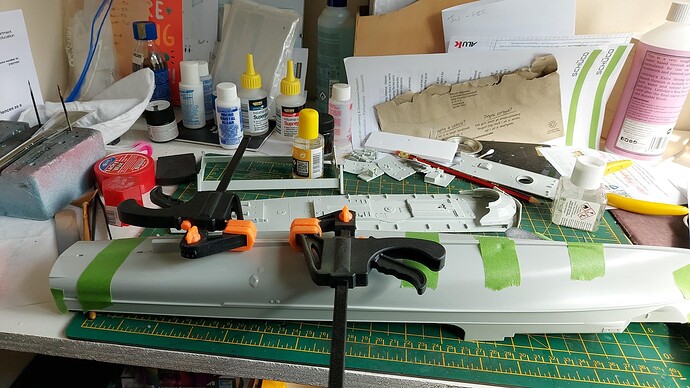 Colour me impressed, the detail of the moulded parts and sub assemblies is pretty impressive, considering this is 1/72 (Braille) scale. 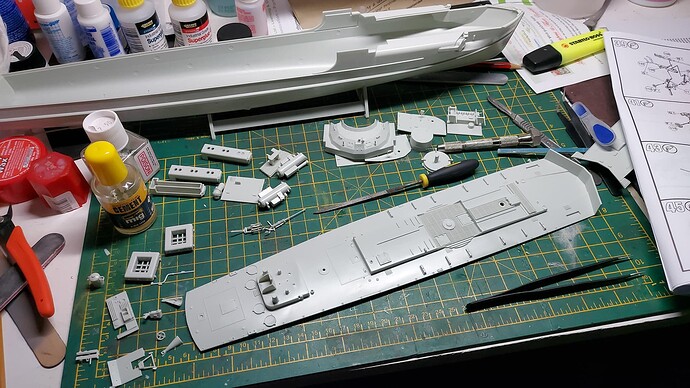 I have been scratching my head somewhat working out a process to paint and assemble this beauty, but I am getting there.

This is turning out to be quite a fun build thus far.

Its been a while, but I have been tinkering in the background.
Managed to put down some colour for the upper deck an started the bridge. 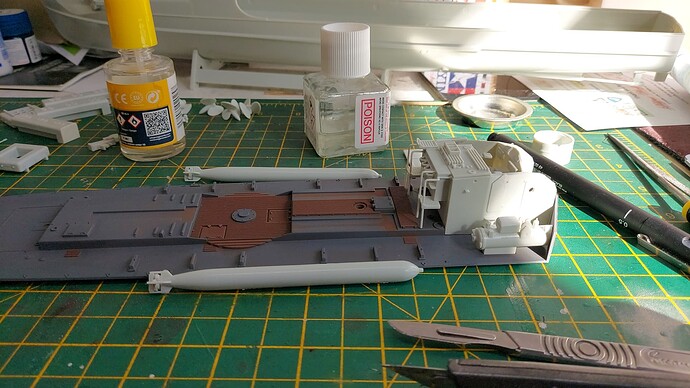 With the assembly of the bridge I noted an oddity. There is a cutout in the decking but only a recess in the bulkhead. Is a saloon style door there or should it be a cut out? 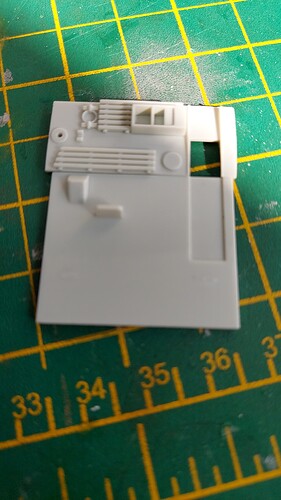 Some research is required.

Till later and thanks for watching

Well, it turns out there is a sliding hatch for the opening…oops. 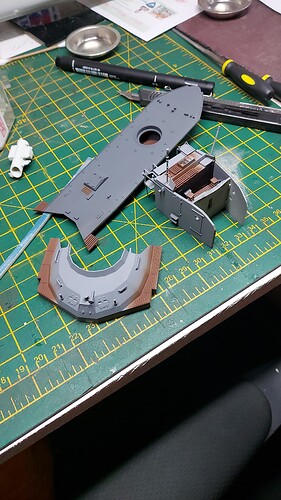 Managed to put down some more paint today. 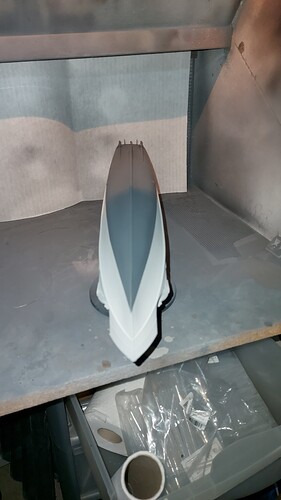 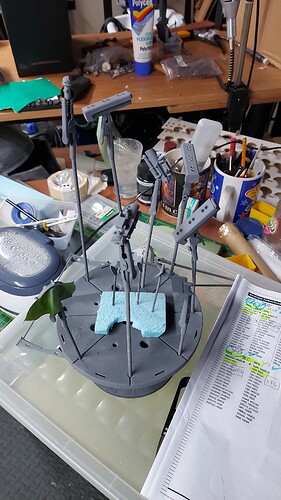 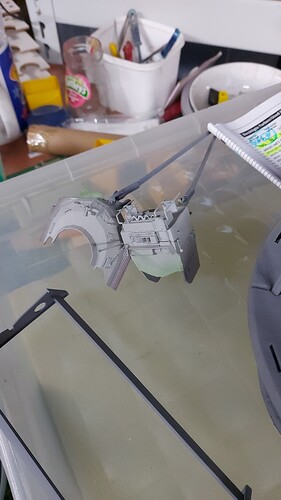 Next I need to paint the props, then mount them and the main rudder. Afterwhich I will seal with a gloss coat. Just need to decide if I’m going to use MrMetal brass or Vallejo’s brass.

Thats all for now, thanks for watching.

Its starting to look more like a boat now, the upper deck and hull are mated together. A minor break occurred, but it is nothing I can’t fix. 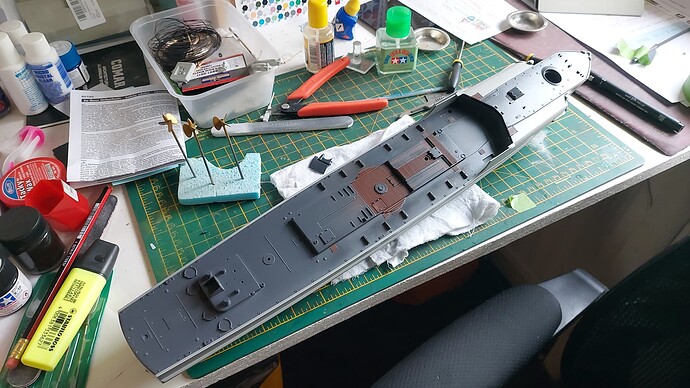 Next are the screws.

This will then be followed by a multitude of bits and bobs including the bridge.

I will finish off wirh a light bit of weathering.

The props are on as well as a few other bits including the torpedo launchers. 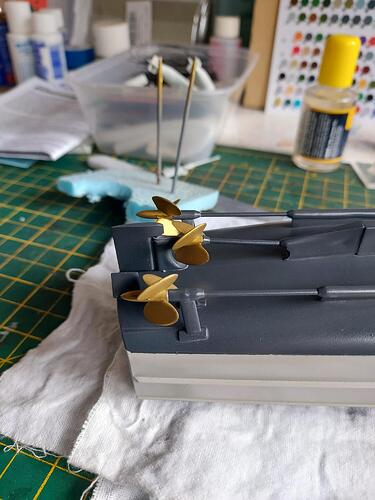 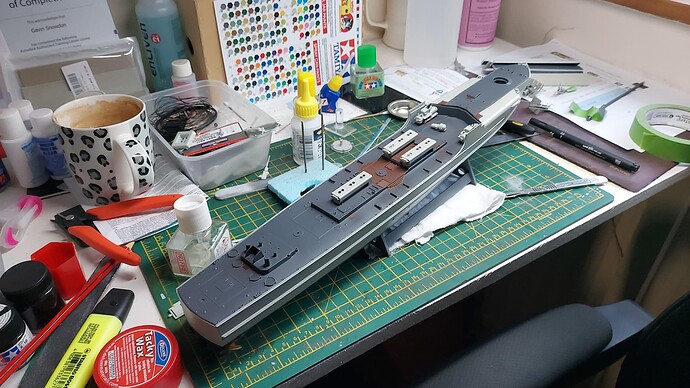 Till next time, thanks for watching!

Nice work Gavin - those screws have some extreme pitch it would seem !

At the time this was the fastest boat in the water @ 43 Knots or thereabouts. The outer rudders specially “toed out” @ 30 degs utilising the Lürssen effect so that she go faster with a smaller wake. This reduces visibility at night.

To think this boat started off it’s life as a design for a high speed luxury sea going yacht.

Hi Gavin -
My father and grandfather were both master wooden boat builders and loftsmen. My dad worked in both the mold loft and small boat shop in the Philadelphia Naval Shipyard during WW II .
He often told me that some US PT boat hull forms were heavily influenced by the Huckins Yacht Company’s “ Fair Form Flyer “ hull.
My dad designed, built and raced powerboats when I was a boy . He was National Champion in the Jersey Speed Skiff class at one time .
He switched to hydroplanes at one point - I remember my mother finding out what the propeller cost for this boat . Heavy atmosphere in our house for a bit … LOL
Cheers- Richard