I built this model once before, about thirty years ago. I was watching Harry Houdini on the tubes and got all nostalgic and stuff. Pleased to find one for a reasonable price. 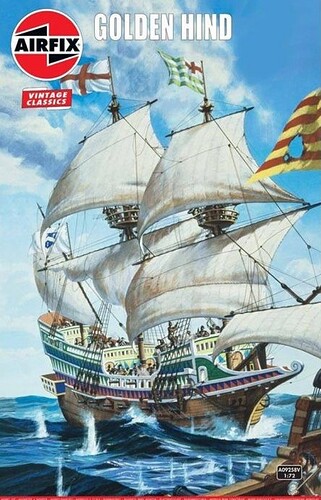 It’s (as indicated above) not exactly a new tool, originally molded in 1977. Now Whilst I appreciate Airfix adding a friendly “Vintage Classics” splash on the box, I really feel it doesn’t quite describe the nature of these old models very well. 109 pieces with surprisingly little flash. The detail is cheerful and chunky if maybe a little fanciful in places. Nothing that can’t be improved. 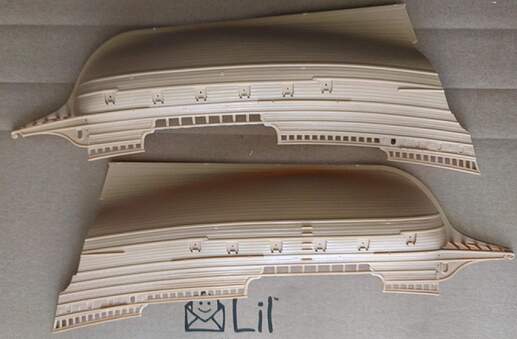 Length of the hull is about 40cm from tip of the bowsprit to the poop (*snigger) deck. There is an oddity on the inside of the hull side, which looks for all the world as if there was a crack in the mold the has subsequently been welded. There’s zero evidence of this on the exterior, but odd nonetheless. 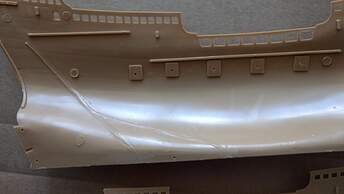 I’m going to make a few changes. Starting with the deck. The is supplied with some fairly boring and probably historically erroneous hatches. Gratings will be much more fun.

…So I’m going to replace them with some 3D printed parts (as is my wont). 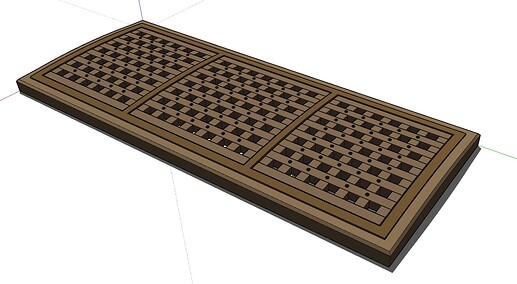 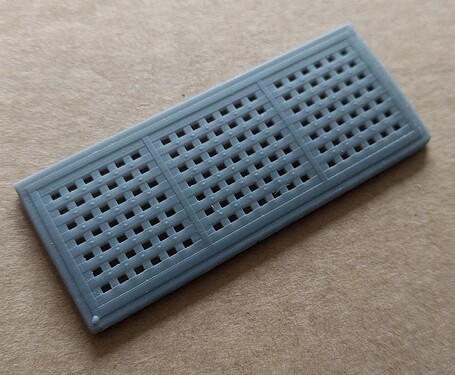 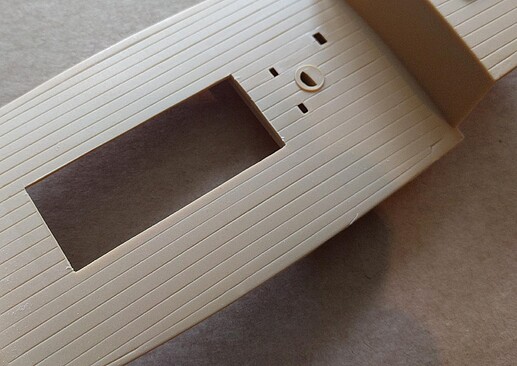 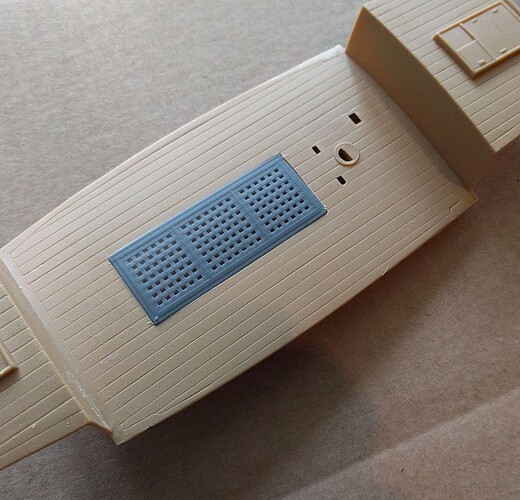 I made a small mess at one end, but that fix up okay with some filler. Research tells me that gratings for this period were most likely almost flush with the deck.
Just need to cut and fit three more…

I do remember building the Golden Hind as a kid. Brings back good memories.I look forward to following this thread.

I built it OOB a few years ago for my daughter (she’s now 29, it was bought for her 9th birthday!). As I understand it, everything about the model, from the colour scheme to deck layout is fanciful; this is because there are no actual contemporary pictures of it. Airfix took a flyer at it using a typical design of an armed merchant ship of the time.

Nope, it is indeed 1/72 or thereabouts. It has 5 crew members (although two are duplicated) who are clearly 1/72. 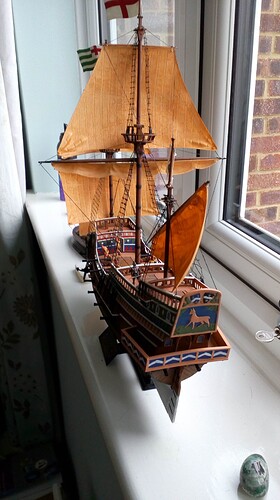 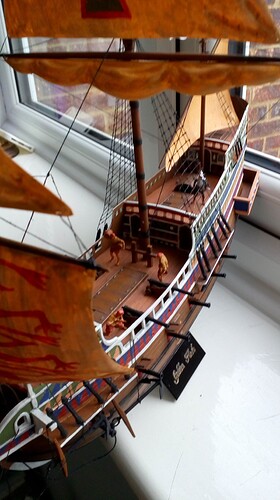 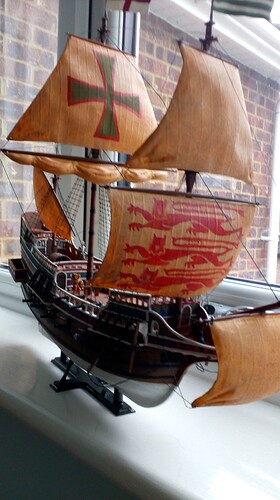 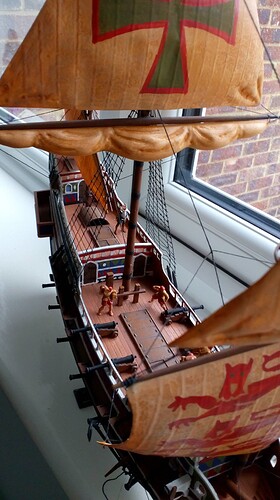 Nice one Craig, one of my dads favorite modelling subjects

The sad part is I remember when this was all new.
Nice work thus far bud.

Also started adding some plank ends . Odd that the deck features rather nice joggling, but no plank ends. Still, easy fix. The hole for the Mizzen mast is not as present as is normally expected and will need a spot of drilling out.

I’ve been having a play with the cannon. There are four for the top deck, and while they are okay as canon go, they could be better. I’ve been mucking about with some 3D printed cannon and thought this would be a nice opportunity to try an idea I’ve had. What if I can model all of the ropes and tackle in place, in one piece? Like this: 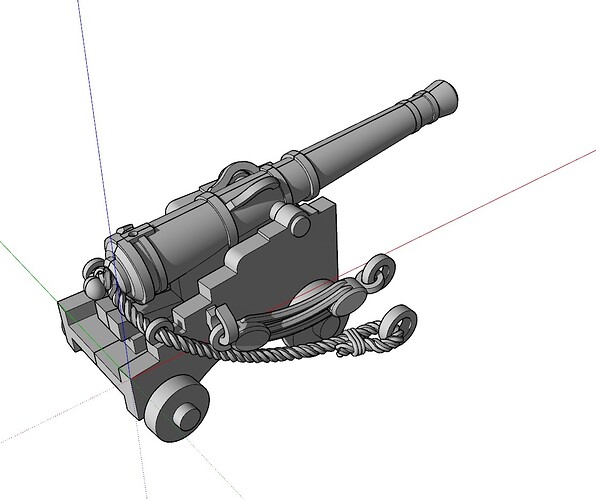 Well, Turns out I can! 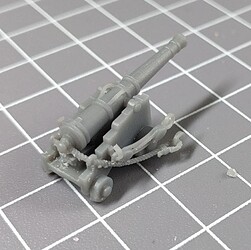 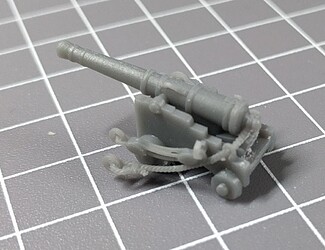 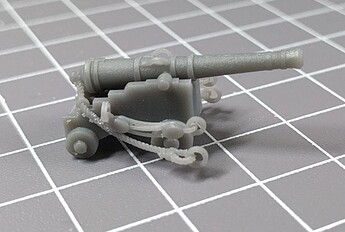 First try was a bit messy 'cos WAY too much support material. Printing an edited version as we, uhhmmm… peruse internet forums? 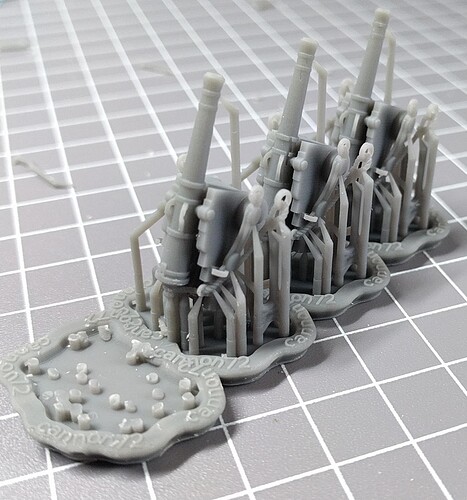 See? way too much. especially at the back. 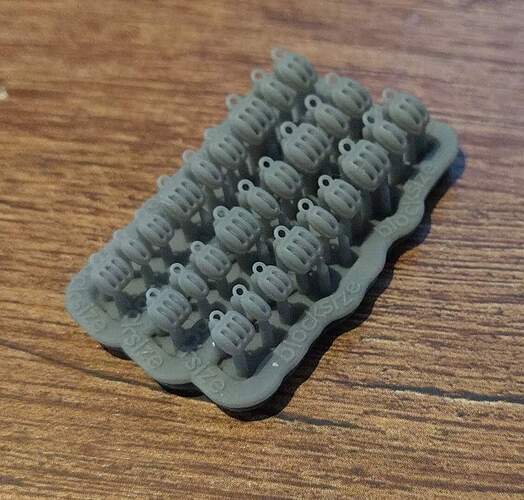 Oooh, you DO improve the kit a lot with the 3D stuff!!!

I am following with high interest as I have a similar memorial Airfix kit in my stash - the Victory of Nelson (molded in cool black - I loved it). I built it in one night when I was about 13 and surprisingly resulted a ship-looking subject with about a mile of sewing thread all around the masts.

Please update with detailed posts and pics so I can learn a lot and re-build my memory, too

The Kit side are a bit thin. 16th century boats were nothing if not a bit Thicc. In order to avert thinniness, plastic strip had been applied. 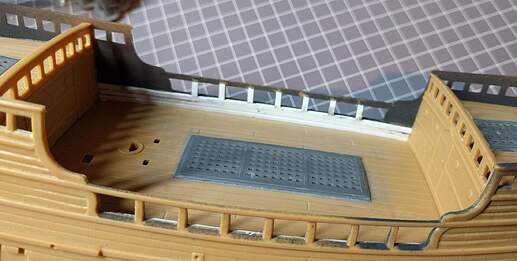 Third to come. and then see if can curve some strip around the bendy bits.

Also printed some new, easier to clean up cannon. 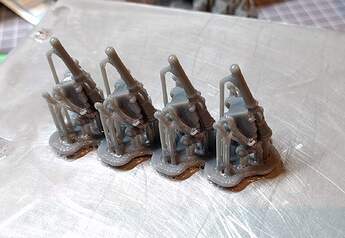 Well, this seems to be working. Railing is suitably chunky and the cannon fit nicely. Shot it with some primer so I could see what needs to be spackled. 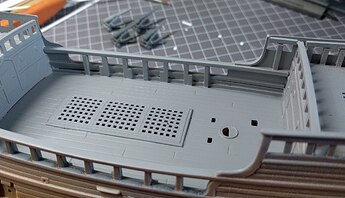 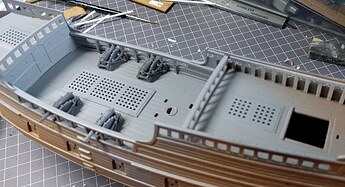 Had to order more plastic strip so I can finish the railing on the forecastle and the poop (giggle).

That is some gorgeous work, and the primer really ties the work together. It is going to look sensational under paint!

The further I go with this kit, the More I’m thinking Generic, 16th century galleon rather than trying to be too true to the Golden Hind thing. Still, reference is so vague it won’t matter much. Going for a weather-beaten, yet slightly cartoonish realism. If that’s a thing. 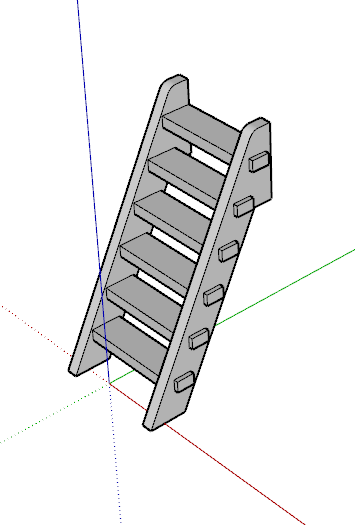 May I ask what software and 3d printer you use?

Sketchup for the modelling. There are probably better options, but I’ve not learned them yet.

And I have a fairly extravagant Formlabs Form 3 printer.

The cost of one of those would be about 20 years worth of modeling allowance for me… You’re a very lucky individual to have one!

Yes. It IS good, but if I must be honest, it won’t give a better final result than mand current lower cost units.

The grating in the bowsprit/beaky bit is molded solid. Which will never do. 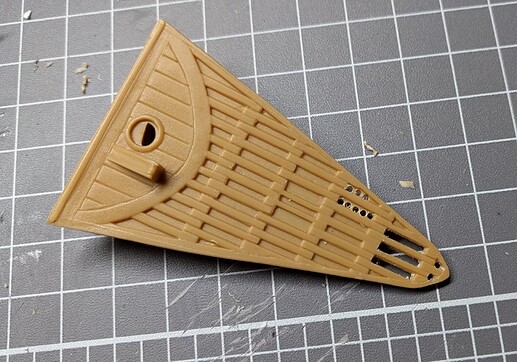 so drilling and cutting and stuff happened. 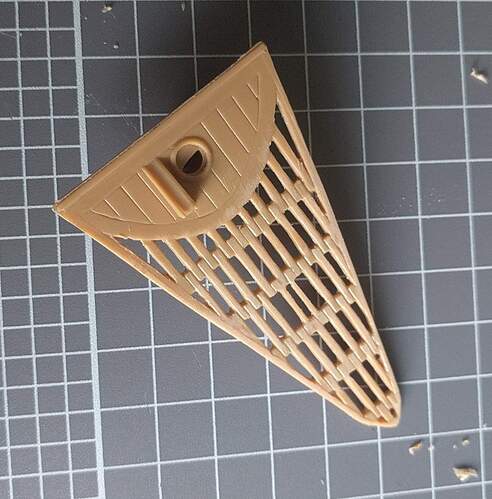 Also the ladders look like they will do nicely. 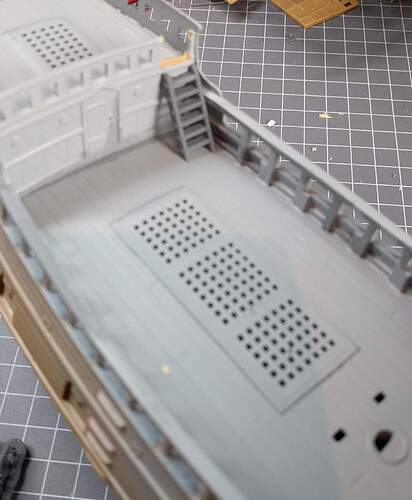 However. some Sadness has occurred. 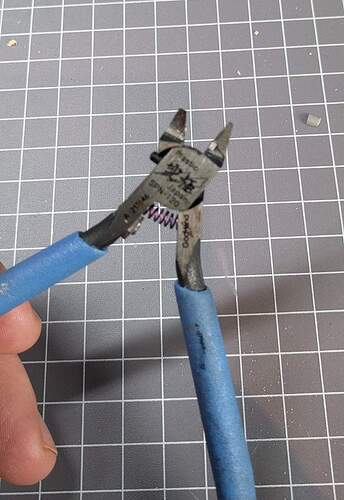 I was happily cutting away and suddenly they were gone. Not even a ping.

Great work on the bowsprit/beaky