So one of the areas we are likely going to lose (at least the way it currently works) is the Campaigns system. I think the ability to add photos directly to posts is going to out-weigh any loss of the badges/awards though so…

Do we call the category “Campaigns” or “Group Builds”. One would certainly be for nostalgia sake, but clearly new users are not going to know what that category means unless they drill into it and read the description or some of the posts.

Hi Jim, I’m all for nostalgia, especially as the old Forums set us apart from other sites. (Lots of sites have “group builds”…) And while I understand there may be difficulties with badges etc, I think that token incentive really motivated participants, so participation might diminish without them. Is it simply not possible?

Also, how will the transition happen? Old hands will have long collections of badges (as well as Review and Article credits) that they’ll be gutted to lose at handover. And of course there are a number of campaigns still active that rely on the existing forums and gallery - we’d want a lengthy transition period to finish what’s “live” before switching.

I was there when Missing Lynx moved to Tapatalk, but they had less structure to lose in the process. And I’m not convinced ML fully recovered from the transition because of the way they just dumped everyone over.

I’ve spent a total of minutes on this new forum, so i’m still trying to wrap my head around it…

Hi Tom,
Regarding all the status items on the old site, suffice for the ability on this new site to create custom badges (and that all has to be done manually and assigned per user as far as I can tell) yeah there is no possible way we are going to be able to transition any serious amount of data, stats, etc. to this new platform.

Missing Lynx appears to be doing very well actually as I use to track their total daily posts pretty regularly back say 10 years ago and Armorama would be doubling or tripling their new post rates. Looking at their site now and comparing it to Armorama we are only about 5 or so active topics ahead of theirs. They had about 30 active topics over the past 24hrs.

I am not expecting this transition to be easy, but it’s not really an option not to do it. And frankly this was likely going to happen even if I had re-built an entirely new KitMaker engine from scratch. The two databases would have been so different that even trying to port over all the info from one to another would have taken 6 months to do, and even they a lot of it would have just looked awful (the content). Does anyone really want to go back through 20,000 articles and reformat them?

Have to admit I have gotten comfortable with the current system, although I have not experienced the issues with photo sharing that others have. Will be a drag to lose the campaign system.

We might be able to fashion some kind of ‘campaigns’ area on the content sites, people would be able to submit an article for the campaign idea, etc. and use that as a recruiting tool. I think though in terms of users posting their builds the forum is the way to go. With the built in tagging people will be able to just put the campaign tag in their post and that will allow an easy way to show them all on a listing page.

I hope you will be able to reconstruct the Campaigns feature, or something very like it, to preserve the previously awarded ribbons and to continue it for the future. “Group Builds” are a common feature and transitioning Campaigns to that bland form would throw away one of the unique features of KM that makes it stand out from all the others.

I for one very much enjoy looking at user profiles to see their ribbons to get a sense of what they are into. Discarding this would be a loss.

Hi Tim,
I think we have to look at this more like when we pick up and move houses. You leave a place and you do lose access to things you like. I can no longer get some of my favorite foods in California for example. But in moving you also gain access to new and sometimes better things. We aren’t discarding anything. We are moving. I can’t bring the Hamburger Habit restaurant with me to New Hampshire.

Maybe they will build one over here near me someday. But that is someday.

Jim, I understand your dilemma with Group Builds vs Campaigns. Damien dealt with that by calling the Auto Modeler builds “Group Builds” and just leaving the rest of the site to run however it was running. He’s getting Armorama level of participation on the builds, so it can’t be all bad. The term Group Builds is everywhere and everyone understands it, so there is that.
I like the Campaigns title just a little bit better than Group Builds, just a tiny bit cooler I guess.
However, DON’T lose the concept! I’m on track to finish my 11th build this year, all built as part of a Campaign. That’s probably more models in a year since Jr. High School. I’m even branching out beyond my airplane comfort zone, finished 2 cars, joined a shipbuilding Campaign (first in 12 years) and joined into an armor building Campaign (first ever).
Good luck with all of this!

Oh, and I’d like my waving smiley emoji back please. 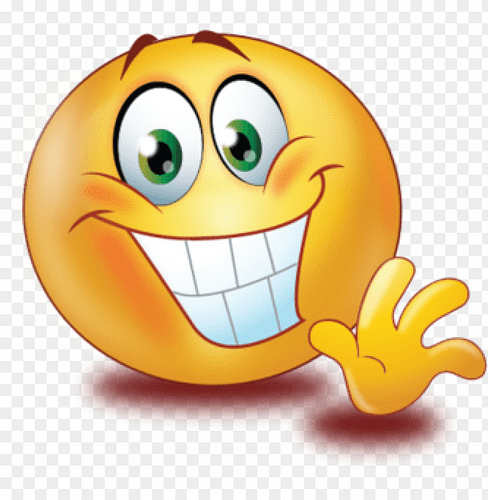 hehe… read and appreciate the feedback.

Damien dealt with that by calling the Auto Modeler builds “Group Builds” and just leaving the rest of the site to run however it was running.

I just thought that the term “Campaign” has a distinctly military connotation, whereas the AutoModeler site is strictly civilian (with the odd repurposed military vehicle thrown in).

As an aside, I’m currently working on loading 80-odd images of the completed kits for the recent “Strip, Track and Trail” race-themed Group Build into a Photo feature on the new AutoModeler forum here. It is coming together nicely and looks good so far. It just seems like I have hit the end of the capacity at 40 images loaded up.

Hi. Do I have to re-enter my submission for the “Lend-Lease” Campaign?

No Biggles, the old campaign enlistments still stand for posts in the new forum.

In the 20 years I’ve been in clubs, and 15 years on Armorama, “Group Build” has always meant that everyone builds the same subject, albeit their way. Everyone builds a StuG III, everyone builds a Sherman, etc. A campaign, however, usually has a theme - “Big Guns”, “Amphibians”, “Recon”, etc. and the subjects can be anything that fits the category.

That makes sense what Matt said and I also get all the other arguments for and against the Group Builds and or Campaigns and the name changes. The feed back I see is that a lot of people are disappointed that there will be no campaign ribbons on the new site: while I get that, for me it doesn’t make any real difference as to me, its the taking part and finishing that’s important. with a bit of work, I am sure there is an easy work around to make sure there is a track of who did what and completed or not completed etc.
Surely we can still call them Campaigns even if they stay under the Group Build header on the various sites ? just start it off with " Campaign idea for Wheeled Recce vehicles or Operation Goodwood etc etc and have all the normal rules and regs as before ? And on the start date, just edit the header to Campaign live ?

I’m relatively new to the group build/campaign concept so for me the title isn’t as important as the rules for it. I really miss the ribbons though. It was enough of a reward to get me building and something I could work for. If I just would build anyway I wouldn’t have stash of kits. There’s enough other stuff going on in my life to make it easy to overlook kits and then be surprised another year has passed. So I hope there’s a replacement for the ribbons.

I think it would be awesome if we could continue the campaigns tradition in the new venue even if we can’t pull the existing badges over from the old sites.

I see someone has created a badge category for campaigns in the new forum, I see that someone has created a campaign badge and awarded it to Tim, and I see the badge when I look at Tim’s profile. So it seems like the technical capability is there. I gather the issue is that we won’t have the ability to assign individual campaign administrators who can award badges, but suppose we had one or two people (I’ll volunteer, for a start) who get the badge artwork and list of campaign participants from the campaign admin and award them accordingly. The process for submitting campaign ideas and getting approval would be less grounded in code and more reliant on communication and cooperation, but I think it would be do-able.

Hi Mark,
Yeah there is a ‘bulk’ award system for badges but I would literally have to have a comma delimited spreadsheet (like from Excel) of matching user emails in order to use the bulk award process. So it’s possible, it would just require a very exacting kind of system to achieve it. What we could do is a test case ‘beta’ run of it and see how it goes. I will come up with a template for the badge image and for the .csv file so our first group of campaign managers will have something to go on.

The process for submitting campaign ideas and getting approval would be less grounded in code and more reliant on communication and cooperation, but I think it would be do-able.

My thoughts exactly! The Campaign Leader will need to take on a more proactive role in keeping the participants engaged. Possibly recruiting a 2IC would be worthwhile as real life has a tendency to step in and distract us from time to time.

Thanks, Jim. I know you’ve got a lot on your plate so I’m happy to add whatever effort I can to make it a reality.