Well folks as promised here in the UK it is 00:30 (Oh dark thirty) on the 16th of January and so this is the official campaign regard for the 30th Anniversary of the first Gulf War, so start posting your kits and builds here.

This well end on the 16th of September but there is an option for an extension.

This Campaign Medal will be awarded to all those who have completed their build by the end of the campaign:

Great Ive been waiting for this, Im about to start my 1/72 Tornado and will have a update tomorrow!

Happy this is now on the go. That day and time I was sitting in RAF Brize Norton departure lounge waiting go out on a 6 month UN tour to Cyprus and were watching the news as it came in.

I have the Orochi Bradley kit, but I’m not sure I’ll get to it any time soon.

What’s the timeline for this campaign?

Pretty sure its about mid Sept @JohnnyO

yeah 16th of September with an option to extend, I’ve added it into the start of this thread

First update! Im building the Italeri 1/72 Tornado Gr.1 with parts from a Hasagawa guided bomb set and 2 resin ejector seats from my spares. 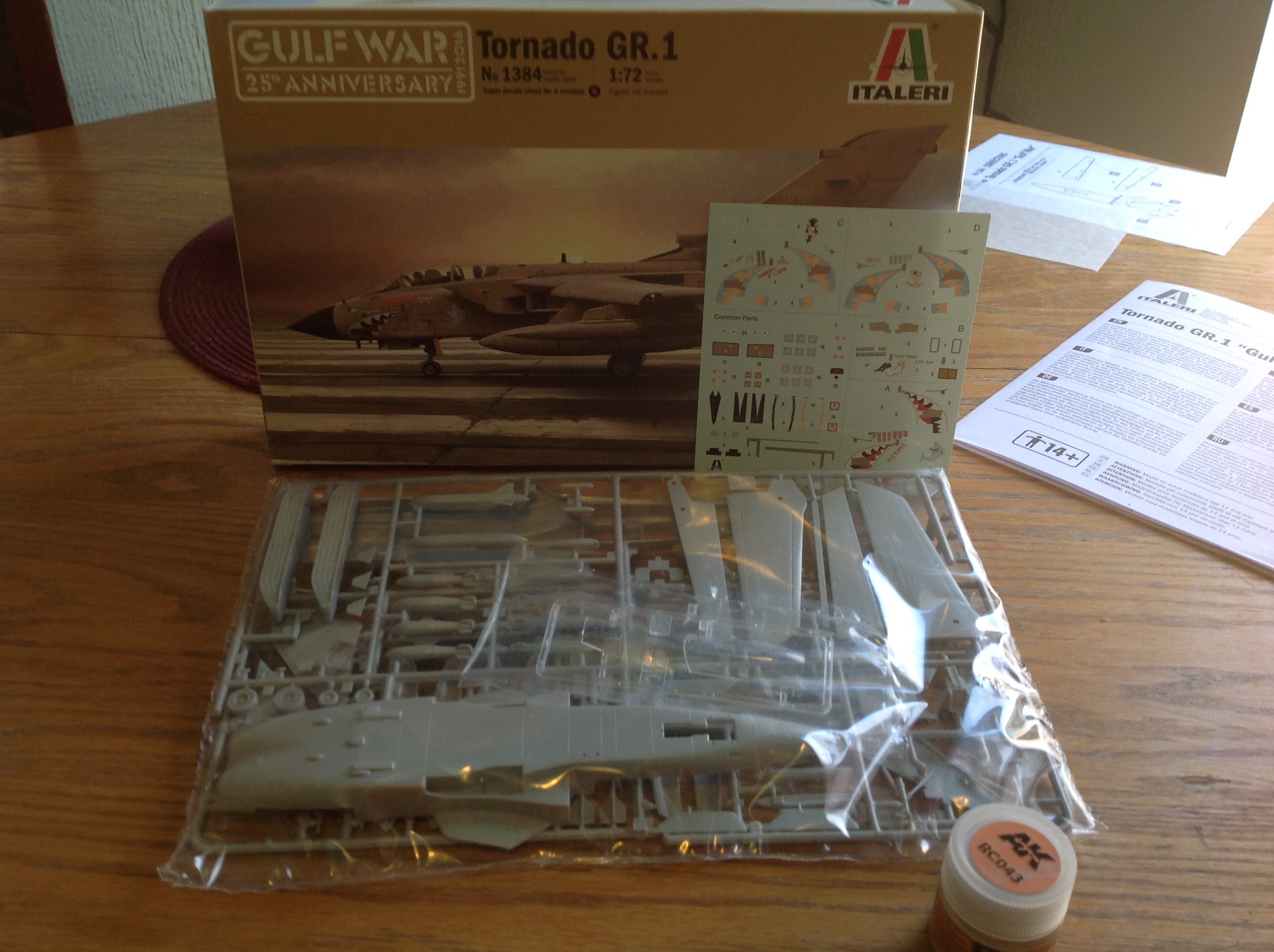 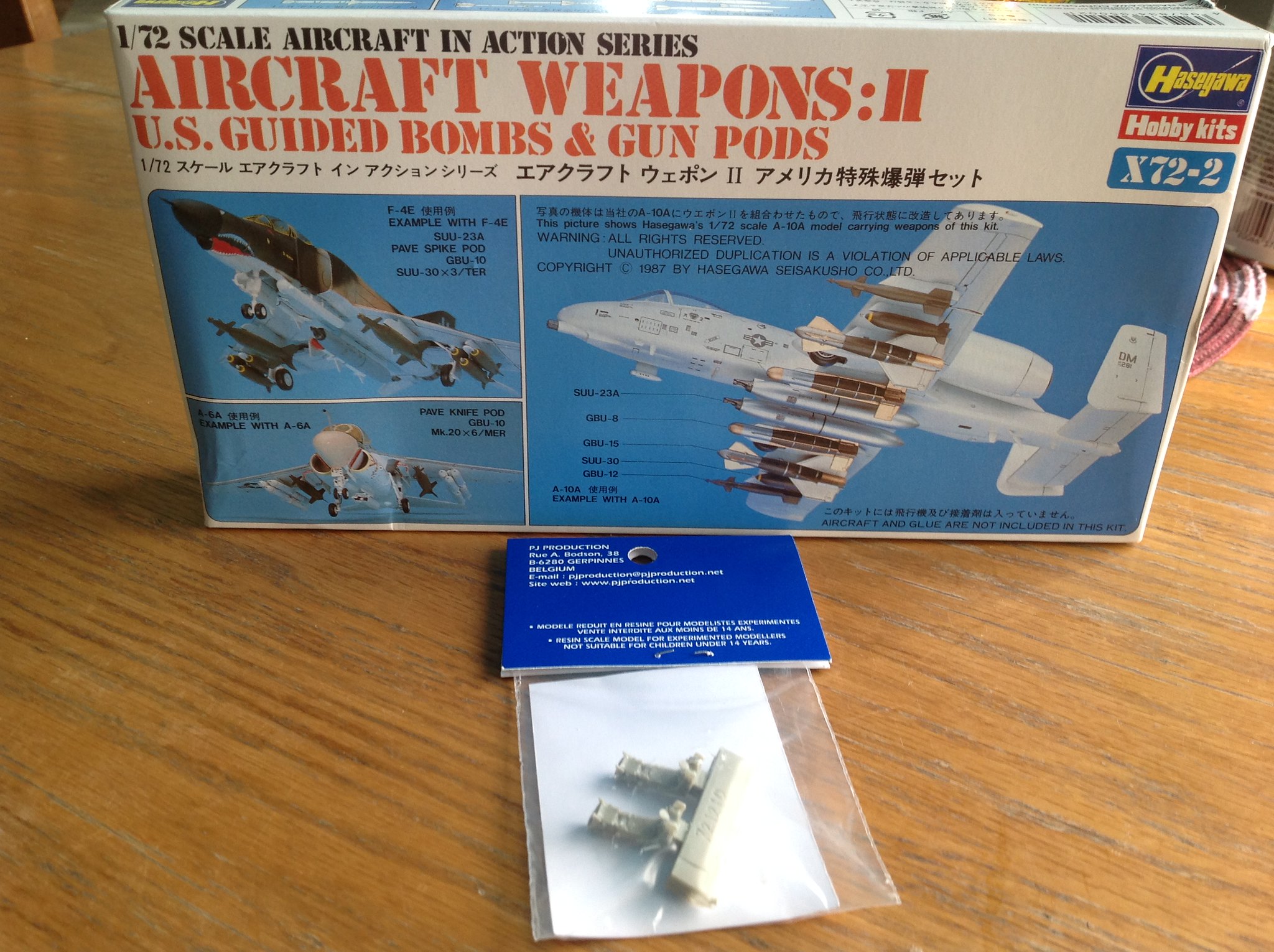 After about 3 hours of work Ive managed to get the cockpit painted (Minus seats) and the fuselage halves glued together. Im about to start sanding down the HUGE step between them.
(Its at least 1mm off!) 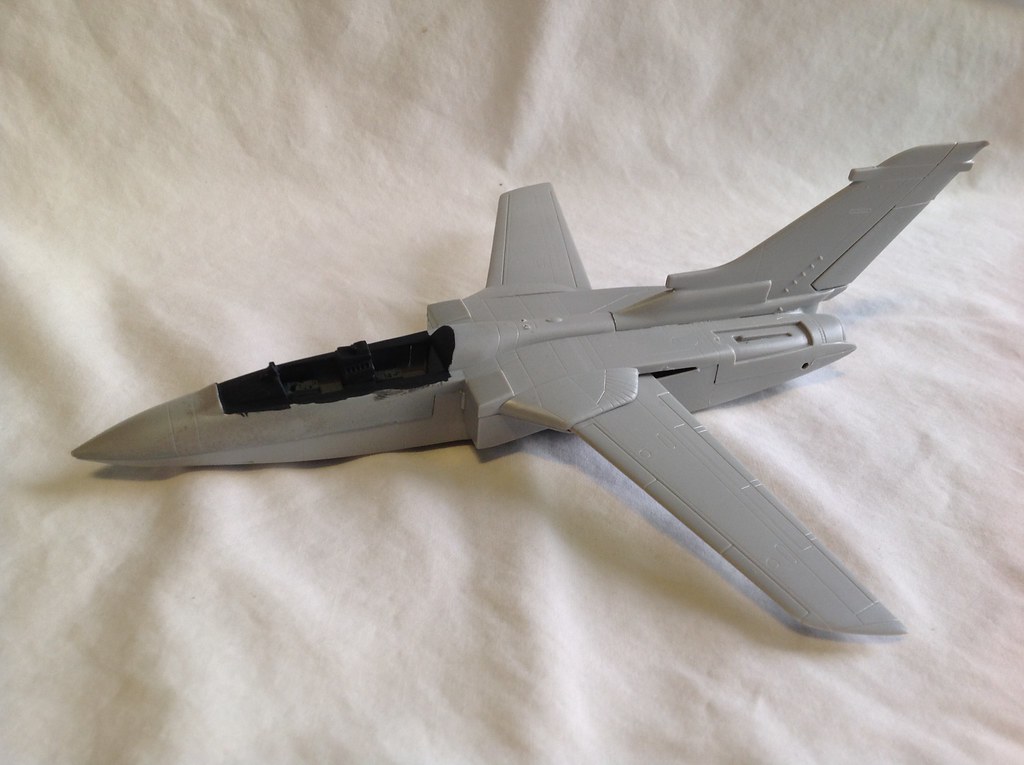 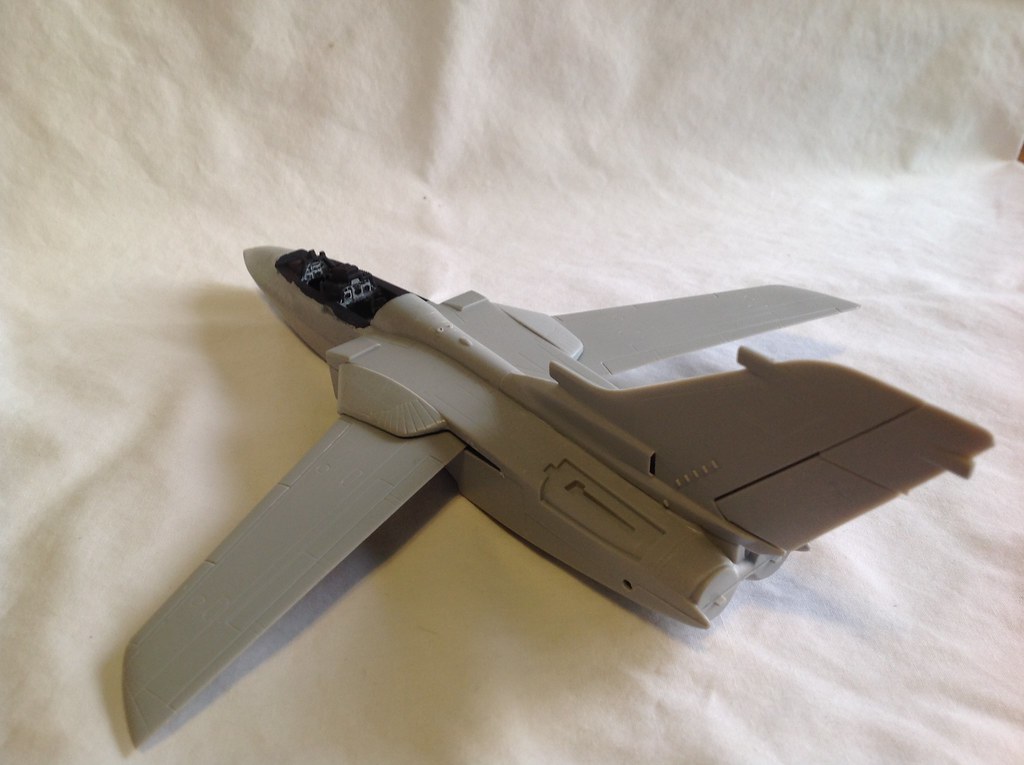 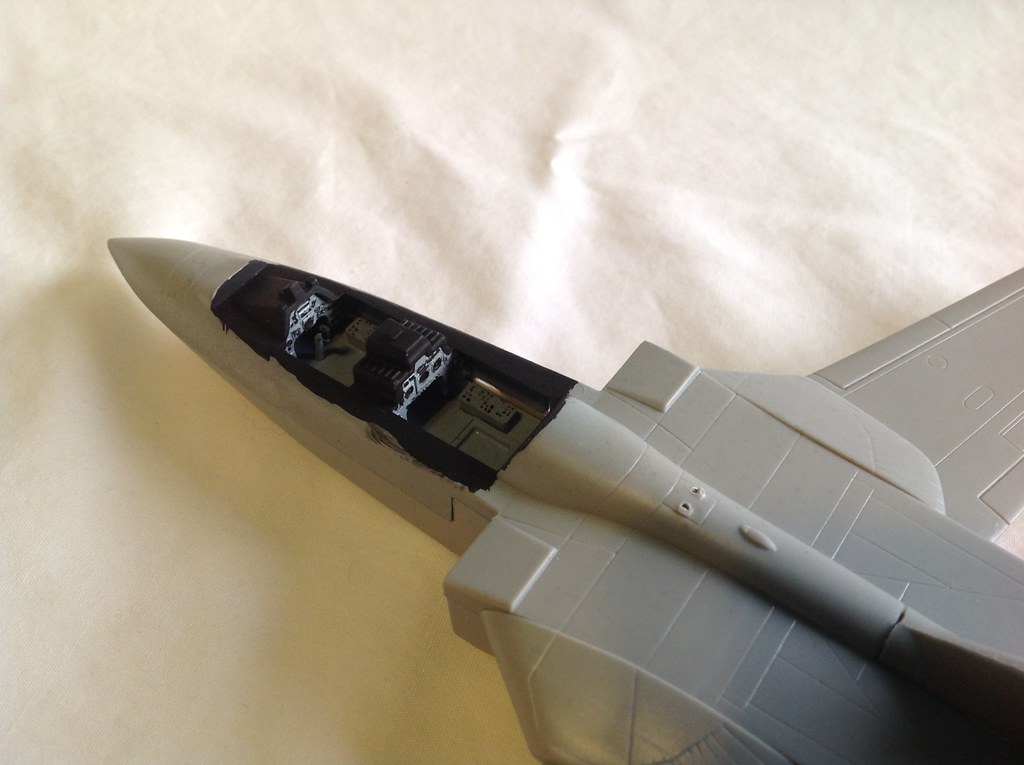 Looking forward to seeing everyone builds!

I’ll be making a start on this, over the next day or two: 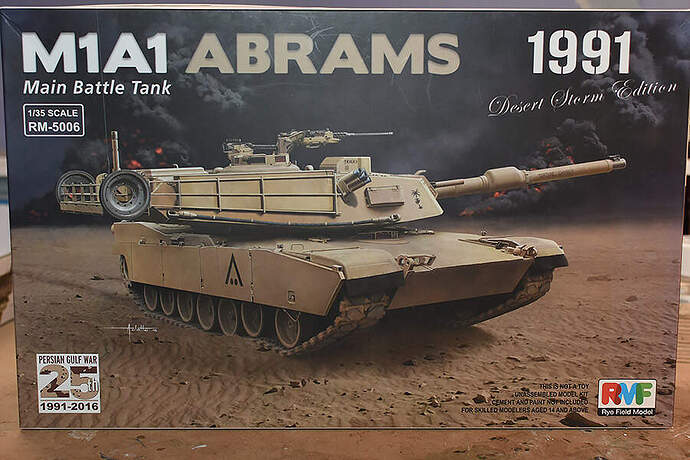 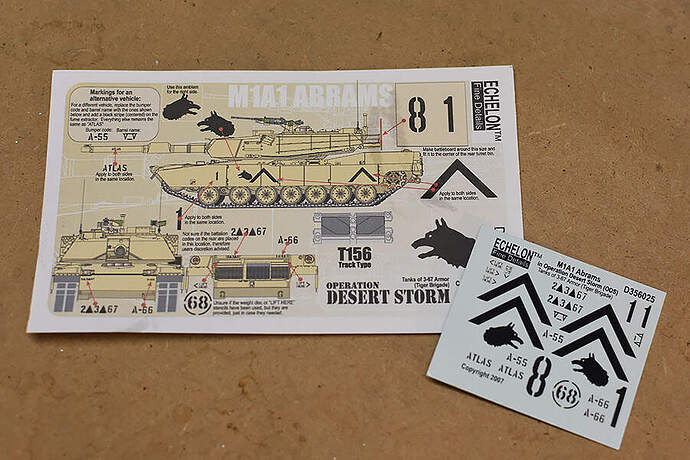 Progress. I sanded down the step and rescribed the panel lines. Ive also finished the cockpit and will start masking the canopy soon. I went over all the panel lines with a sharpie as a sort of preshading. I havent decided yet if I will pose the airbrakes open or closed. 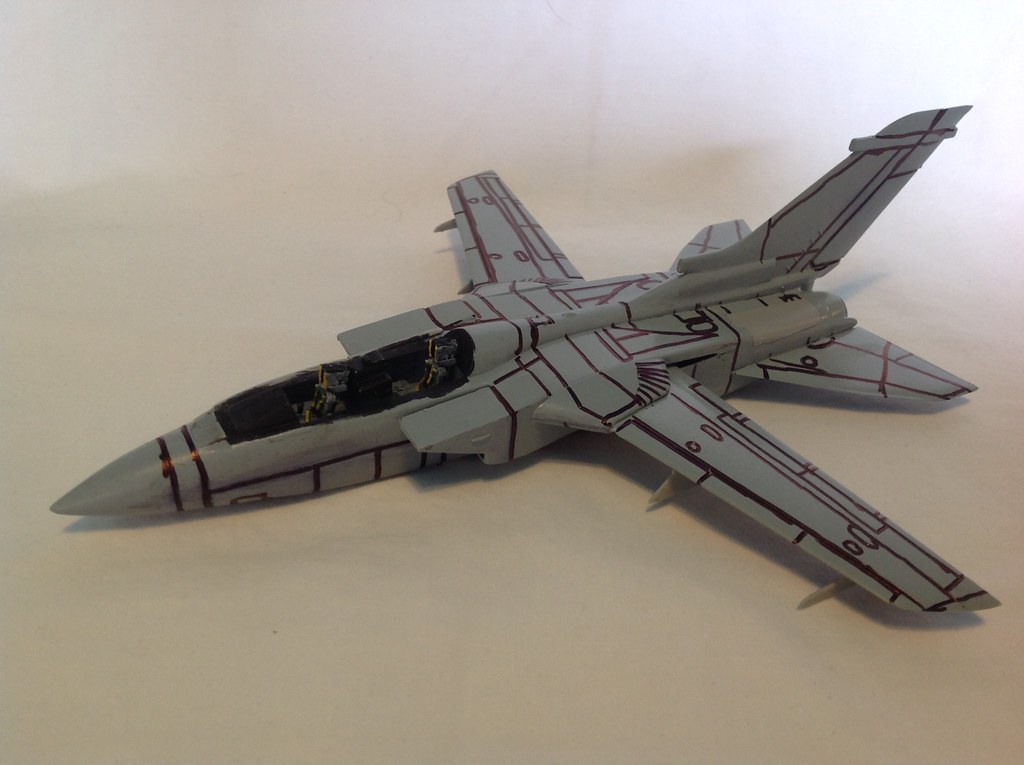 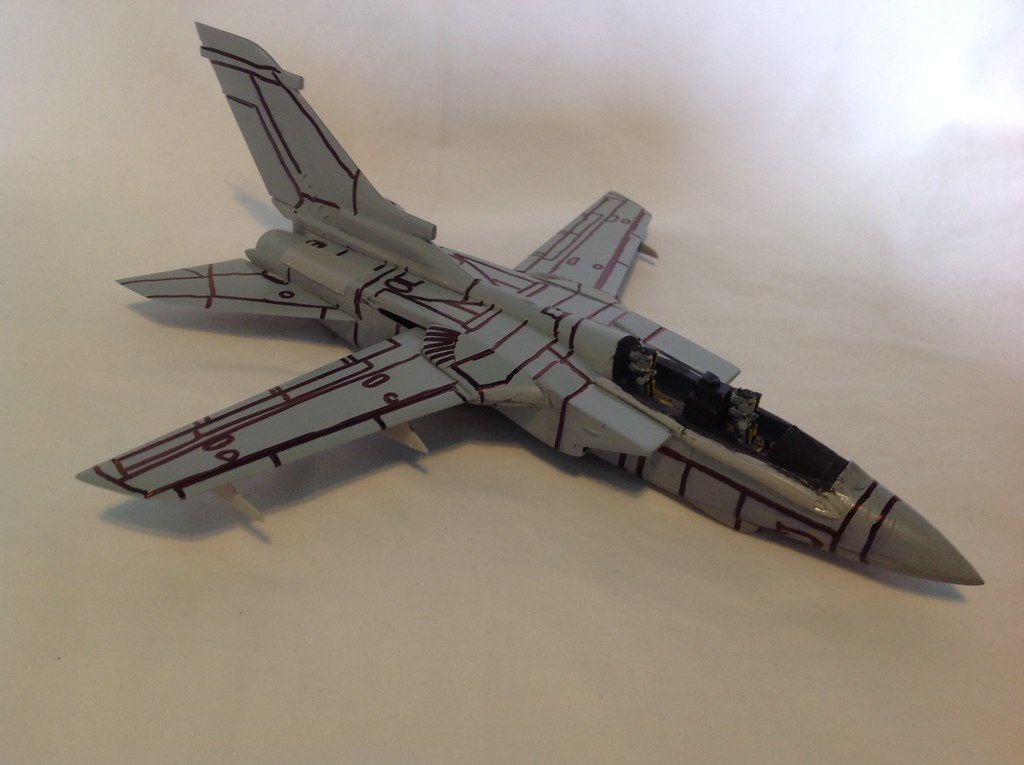 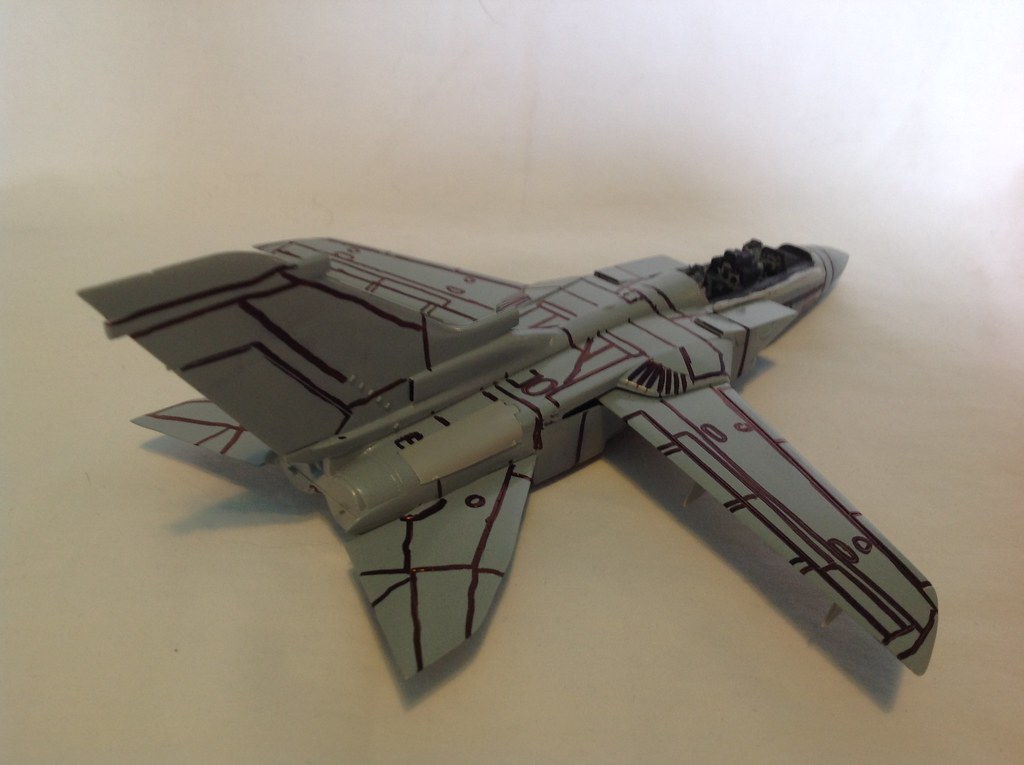 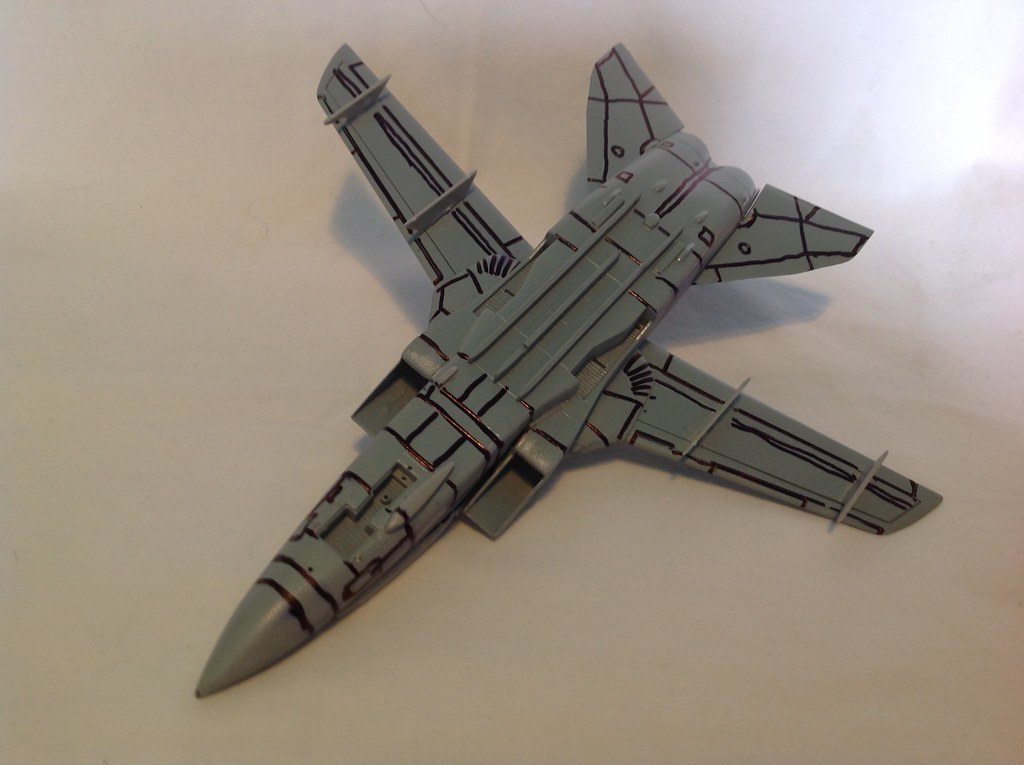 Here’s my contribution to the war effort. 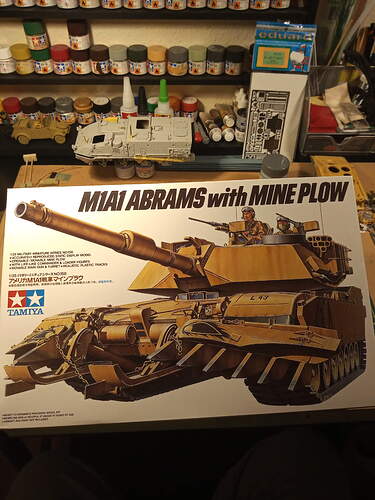 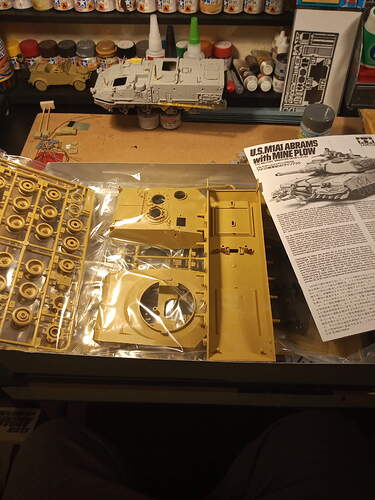 This will be a straightforward OOB build. I will get the an accessories set of modern US equipment and split that between this and my Stryker build.

Looking forward to it John! Hope to slap some pink on the Tornado tonight! Canopys masked and primed black.

Here are some progress pics of the canopy masked, primed and with some preshading (?) done with a pink color. I did this because I want the desert pink to look very faded and not uniform. It will be a few days before I spray the actual desert pink on as Ive run out of Tamiya X20A and a new bottle will take a few days to arrive. 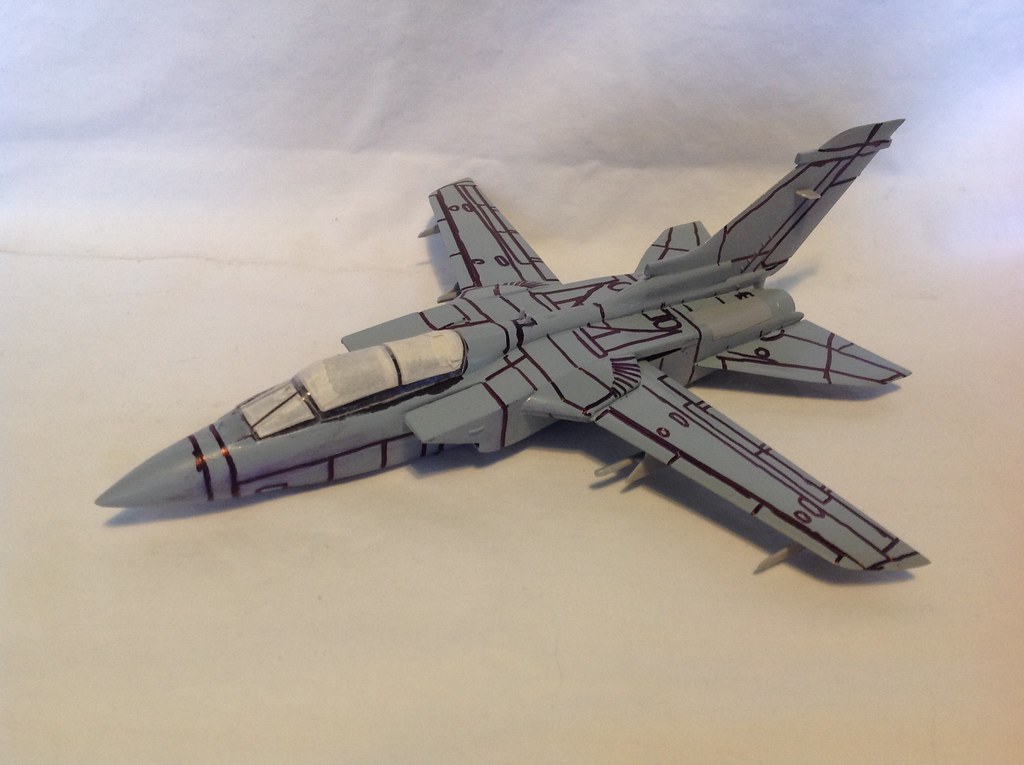 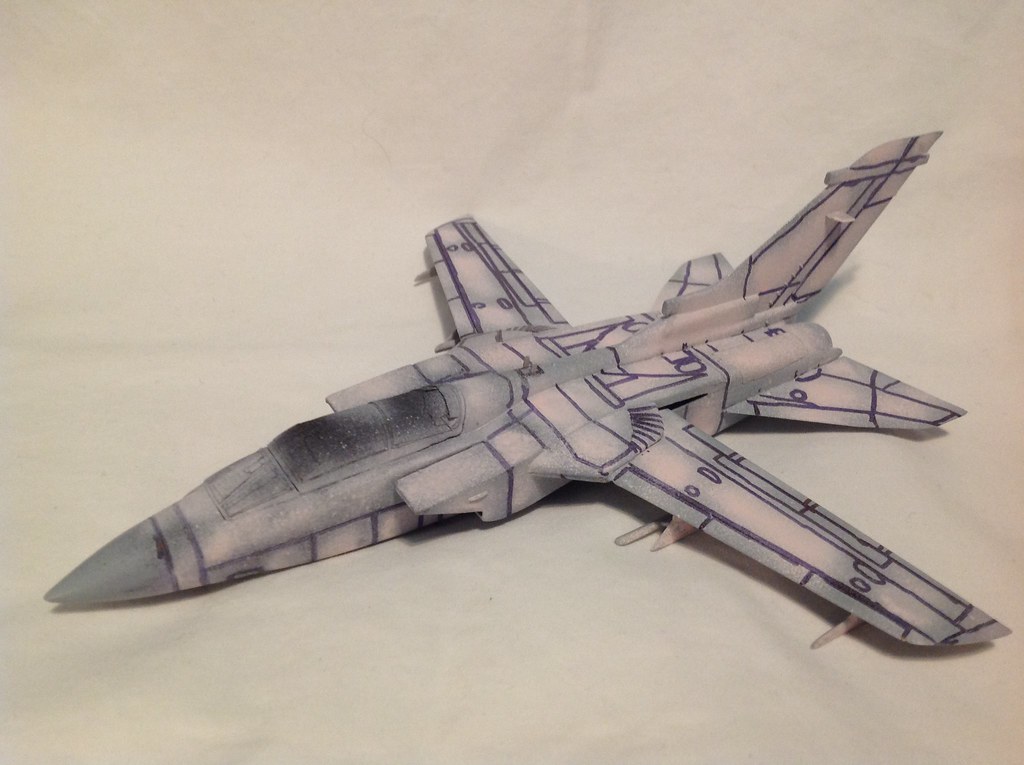 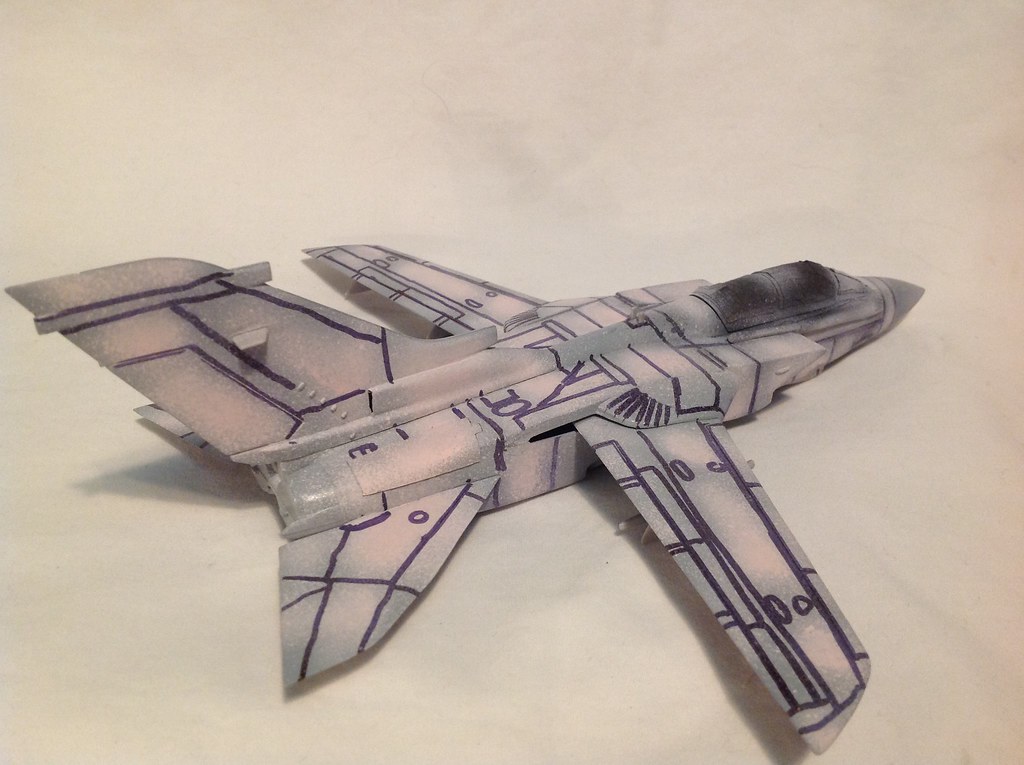 While Im waiting I will be painting up the ordnance and wiring and painting the landing gear.

Please if anyone feels Im posting to much please let me know and I will stop.

I am not a plane guy so you may want to confirm this with some proper airheads but I am not sure a super faded look would be correct. RAF Tornados redeployed from the UK and Germany and would have received a new paint job either right before or right after arriving. The (admittedly few) photos I have seen show them more dirty and grimy from combat ops with maybe some light fading. 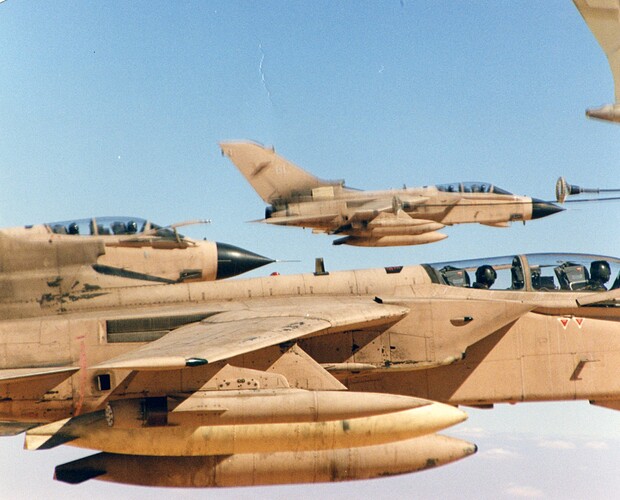 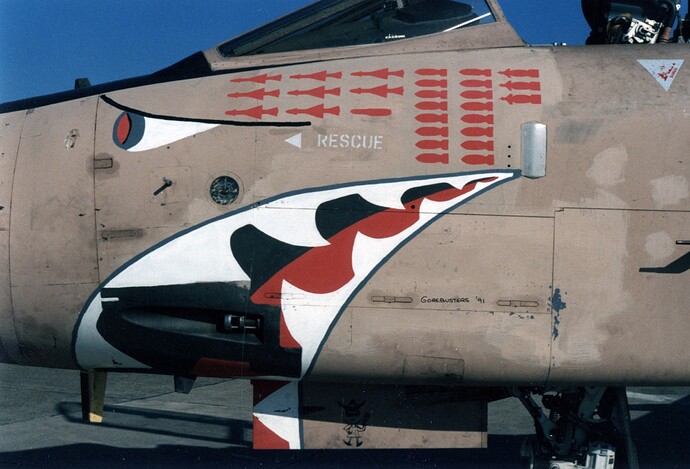 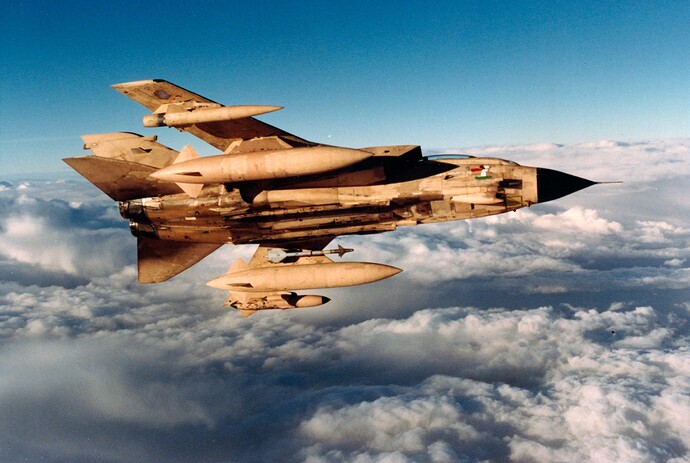 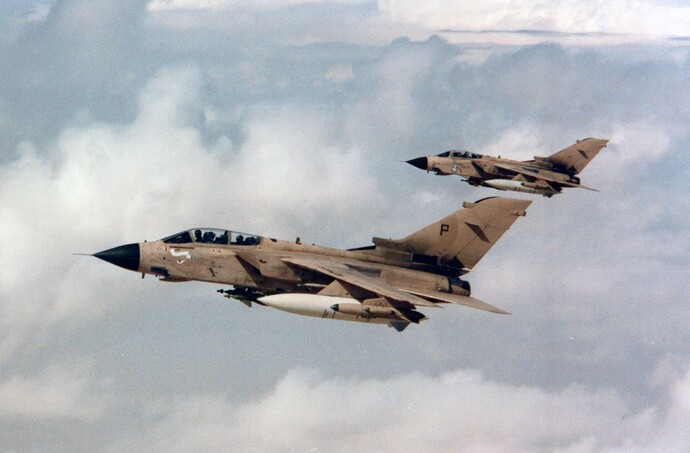 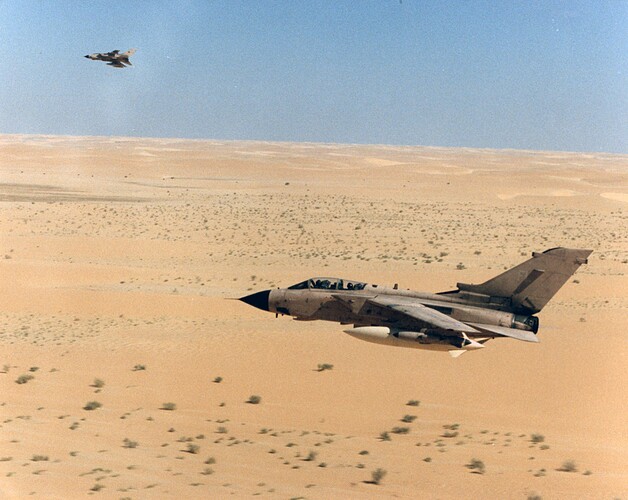 Also, personally, I find your posts to be great. Keep em coming hot and heavy

Yes your right Rory, it would only have some some light fading, thanks for catching that. I will make it look very grimy though. Thanks for those photos! I like how you can plainly see the chipping and touchups in this one. 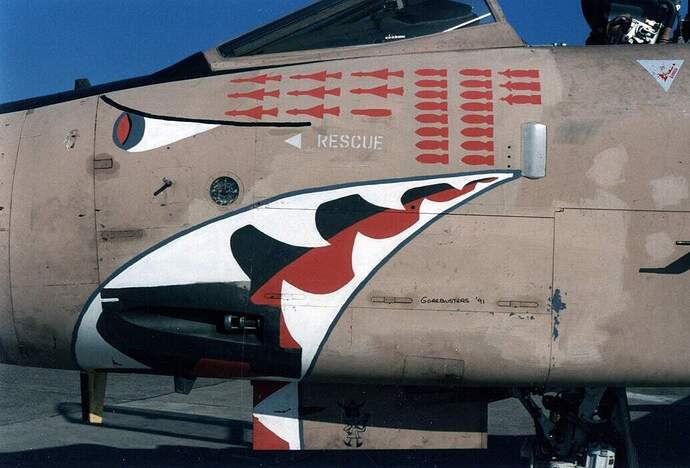 I will be joining the campaign too. Since I am allegedly an Armour guy and I need something different to build than ships I will be building up a tank.

I will be doing Tamiya’s 1/35 Challenger 1 with Eduard PE and some decals from Star Decals specifically for ODS. 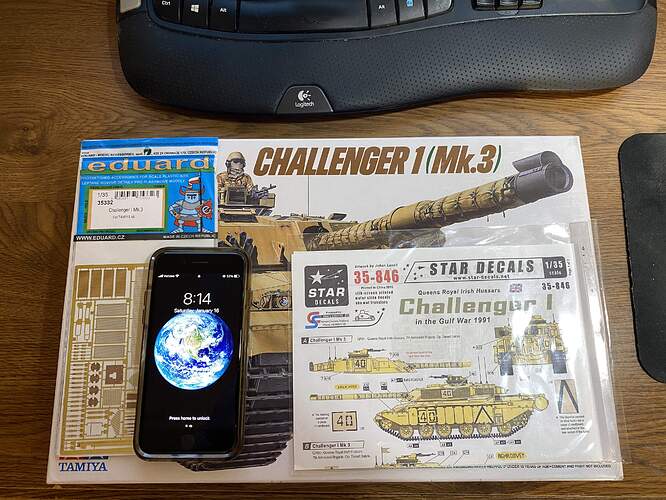 Very cool! I will be defiantly be looking forward to updates on this, who doesn’t love a chally 1!