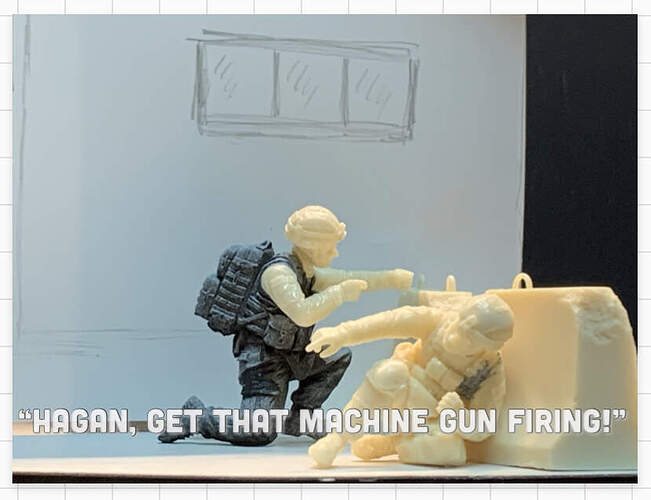 Guys, you use to be very helpful with feedback and ideas when I presents a mockup. Therefore I want to show you this idea I have.
I gave myself this kit from Hobbyfan to myself in a birthday gift last week.
I have had it on my wishlist for 2 years I thought , now was the time.
It’s simple, USMC in Afghanistan, involved in a street fight. The setup is a favorite of mine: One house, two men, one tree!
My mission: for the first time do a modern warfare diorama. 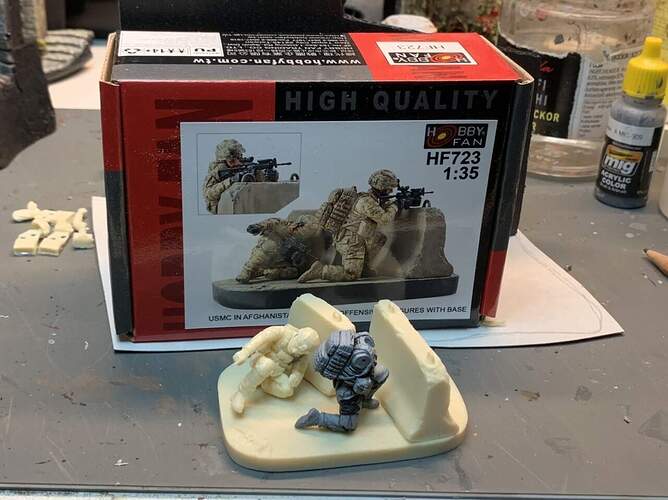 The first mockup:
The lower part of the building will have a roof, the higher part is cut of, the viewer don’t see the hole building. 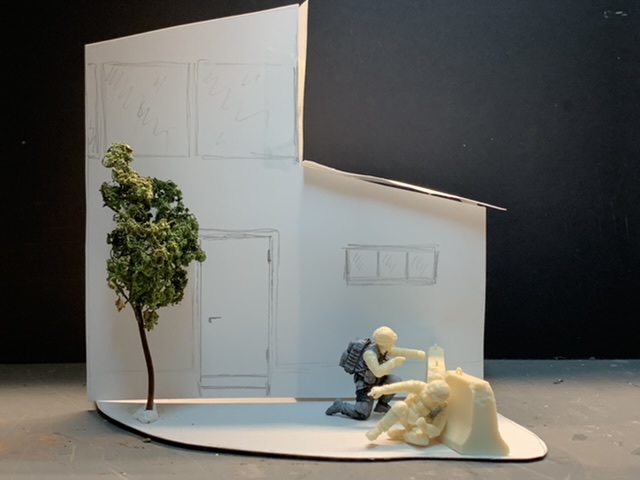 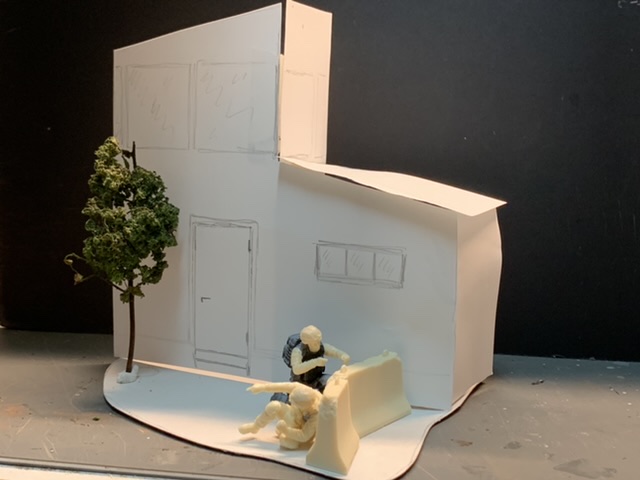 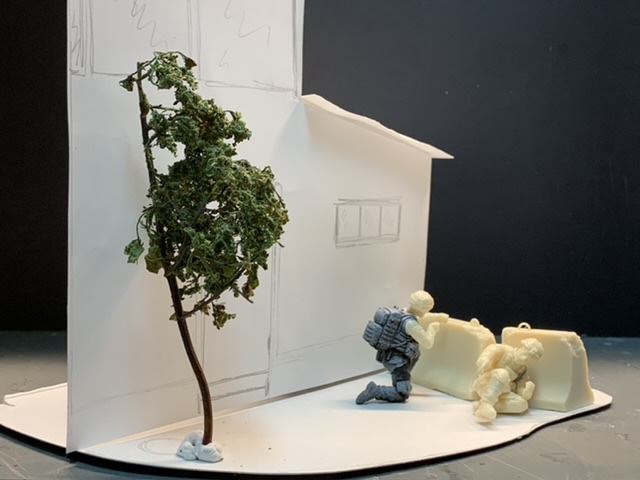 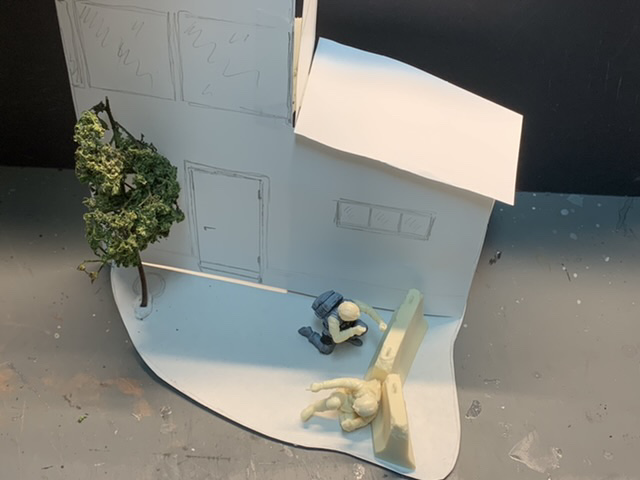 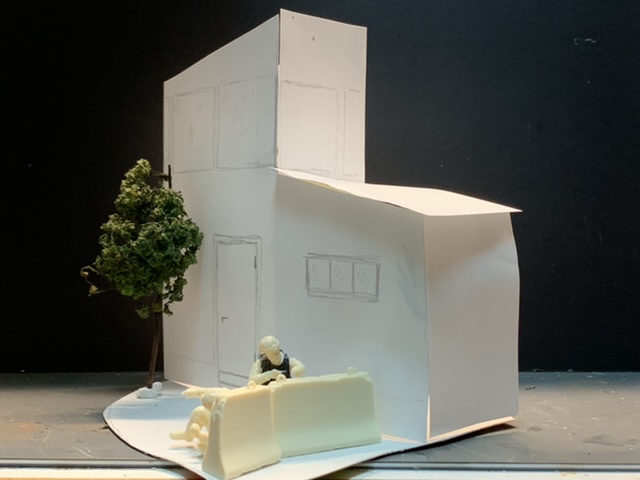 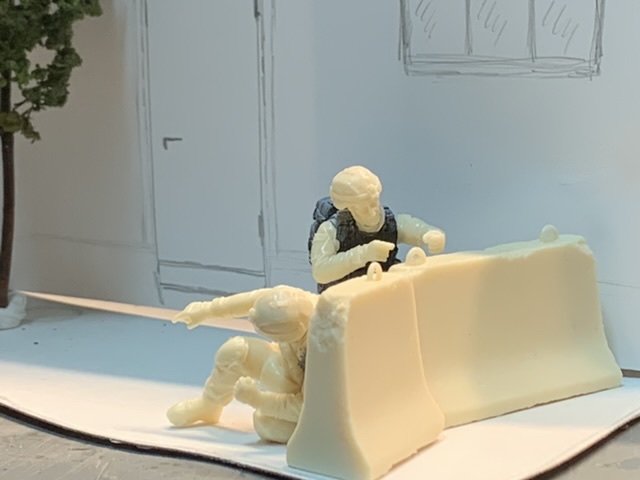 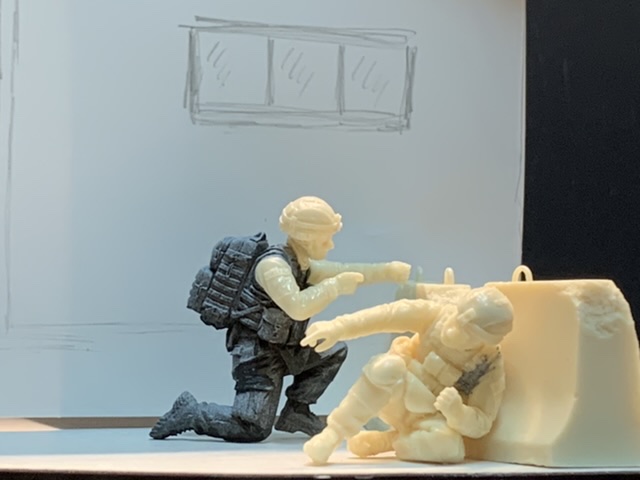 The small tree in the pictures, will in real, be a much bigger tree that is cut off at the same height as the building.
There will be a lot of details on the ground and on the building of course.

I will do something like this with the ground, Right now I don’t know exactly where on the diorama, but for sure the broken asphalt will be a cool detail. 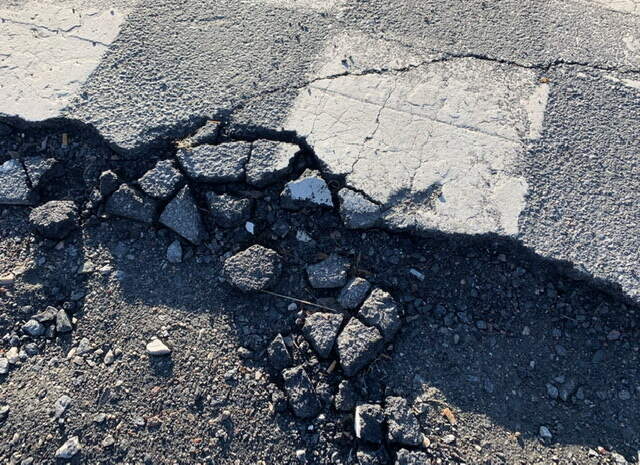 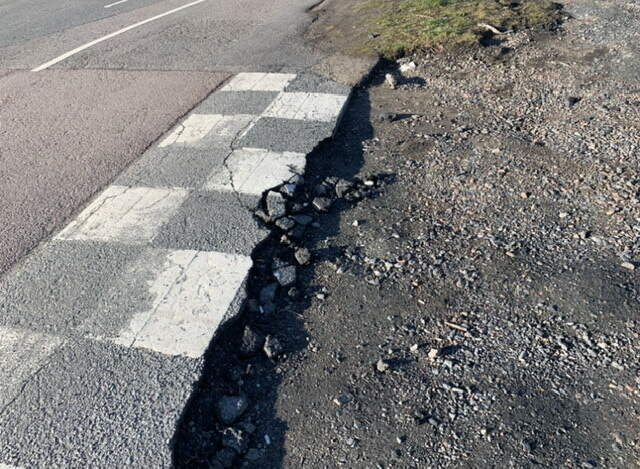 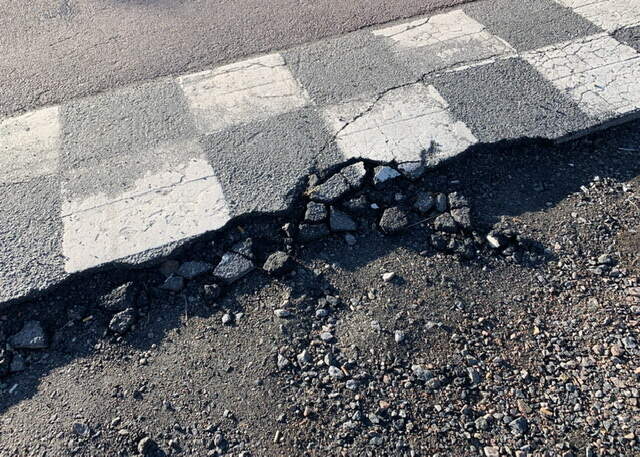 Okey guys, just hit me with your thoughts about this idea!
Cheers! /Erik

Looks like another cool diorama. It’s hard to tell in the mock up stage but make sure the building has architectural elements consistent with structures in whatever area of Afghanistan you are depicting.
also, and this one I’m not 100% sure of, but I’ve always heard soldiers being identified or referred to by their last names (like they appear on the uniforms nametag)
Example: “Johnson, Smith, give me cover!”
I like the broken asphalt idea

Thanks man! Yes, as i don’t have vehicles so often in my works, the building “replaces” them and all detail work must instead be on the buildings.
Of course “a winning diorama” should include a vehicle, a building, plants, details and a handful of figures. My problem is time, space and a explosive brain with ideas… therefore so often smaller dio/vignettes with a building and a couple of figures.

Well I am not sure about the title, as you noted it’s maybe not perfect. The concept is to keep the title short, therefore John and Jim.
I have for example this option: “Hagan, get that machine gun firing” @Johnnych01
Please help me with correct American for that line.
Cheers

Ps thinking of making the broken asphalt as the marking in this picture, Then it make sense to have the concrete block on the road, because the road is damaged…
Well it’s not quite perfect I realize, there is no place for pedestrians…
Okey the road could be closed because of a strategic reason, and that have nothing with the asphalt to do. 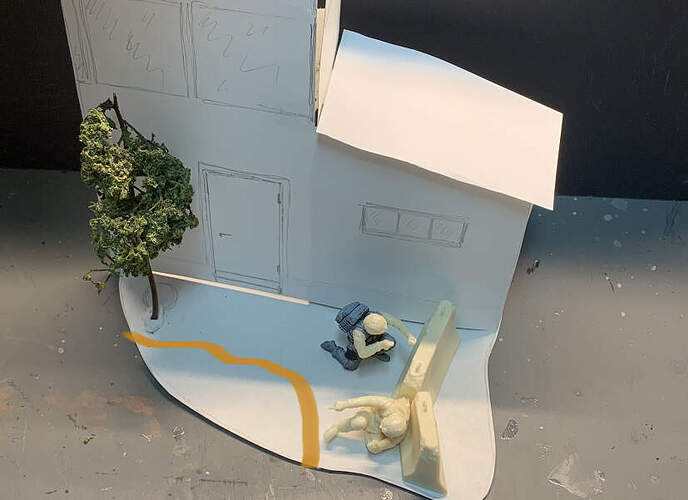 “Hagan, get that that machine gun firering”

Hey … I’m a lover not a fighter lol …but I am honoured to be a small part of another fantastic dio in the making.

And as Charles said, get lots of references for rural buildings as the vast majority of the combat was in the rural villages/small towns and these are so vastly different from what we have in Europe. its a great idea and looking forward to the next instalment Erik

I would say that the scene is too big for just two figures, and focus could be lost… In my opinion, it may look better with a base half of the size, with the tree closer to the figures, and only part of the building showing. 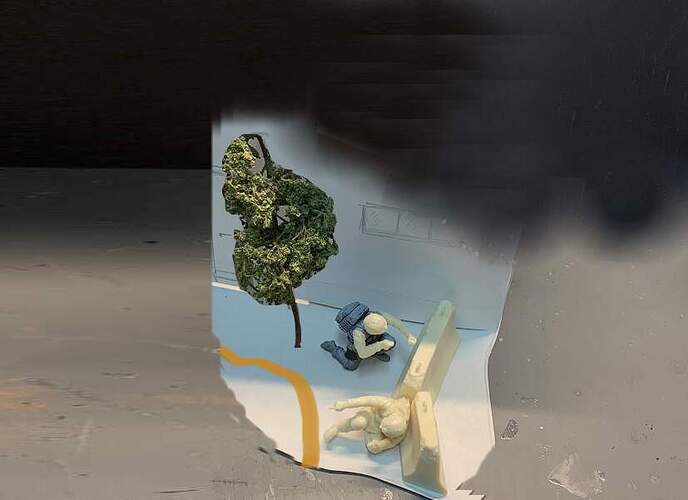 Great John! I hope the spelling is correct now:
“Hagan, get that machine gun firing!” ?

I will update you with my ideas for the building, you will all be involved in this project:)

another cool idea will surely be good

“Hagan, get that machine gun firing!”

And if I remember correctly, words very similar or even stronger were actually used to me on my B3 gunnery qualifying course (many many eons ago) when I had a stoppage on the Co-Ax GPMG lol

Should there not be an Fword in that line?

Thanks a lot for you opinion. I am aware of this. By the book it’s far too big for two figures as you say.
But with this build I want to learn how to make a modern building, I have not done that before.
I want to try some graffiti, road sign, posters, broken asphalt etc, there are so much fun to learn and create:)
So I hope you all accept this facts and look at this build as a “learning process of mine”.
Whenever I have time to start building…
I have some British paratroopers for “Checking out” to paint as well… cheers:)

I have not done that before.
I want to try some graffiti, road sign, posters, broken asphalt etc

Erik, if you are looking to practice doing the above aspects, it may be worthwhile shifting country from Afghan to Iraq ? as they seem to be more regular features there ?

Why is it alway like this, I start in Afghanistan 2010? and it ends up as a ww2 1944 diorama lol…
Everything getting so complicated when the research starts…
Just kidding:)
Two things is important for me with this build.
1 The figures I bought will be used.
2 The size of the building is important for my practice.
So, where to find Marines like this figures in the world in 2010-2014? If they are not supposed to be practicing in the US then I suppose it’s Afghanistan!?

Iraq, not with those uniforms? But if the uniforms and equipment is ok with Iraq that’s fine for me.

I have found some pictures that shows about what I want to get in the diorama. Considering colors, building, groundwork etc. 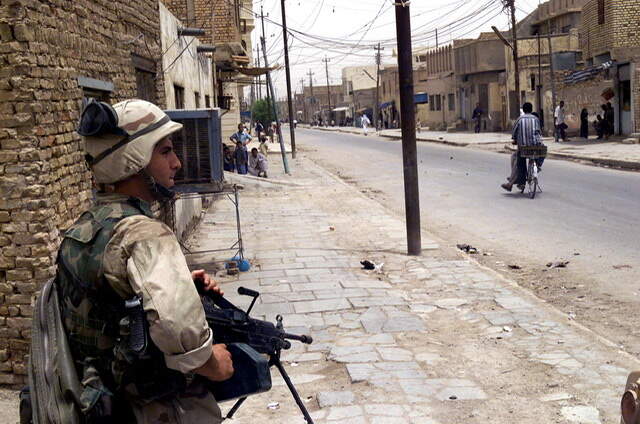 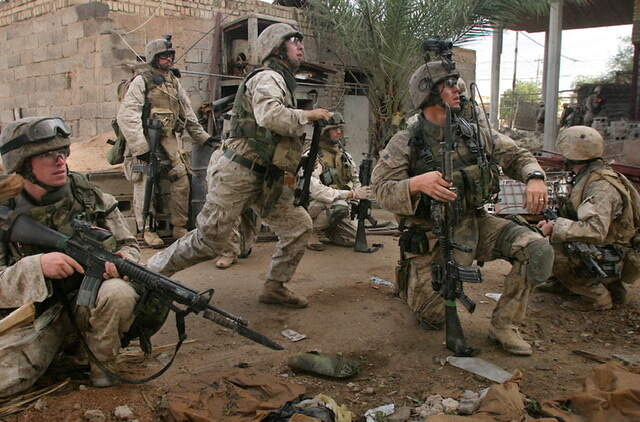 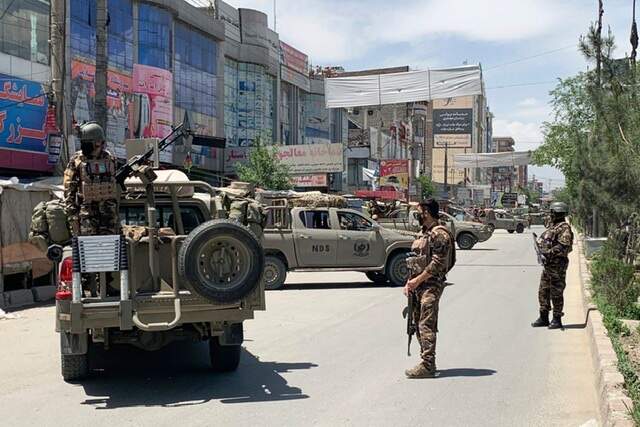 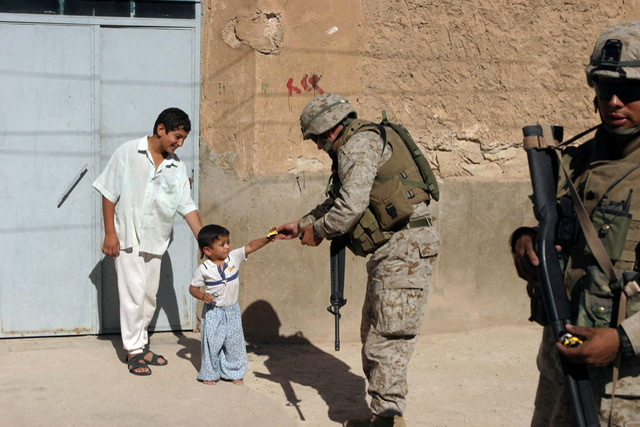 I don’t want this type of buildings:
(They are to simple to make) 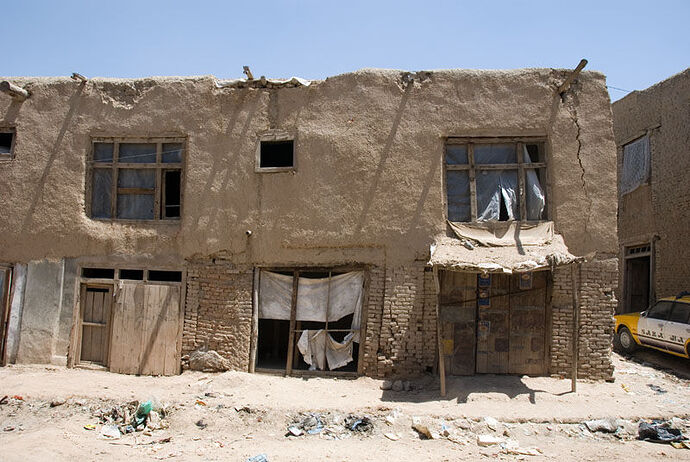 I have found pictures of 3D printed Afghanistan buildings that are “quite modern” and looks like the design I want to build: 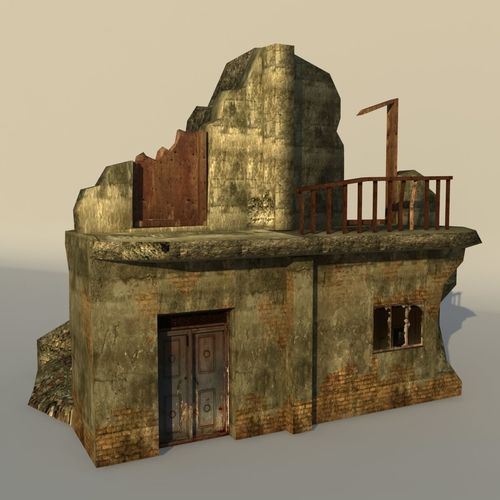 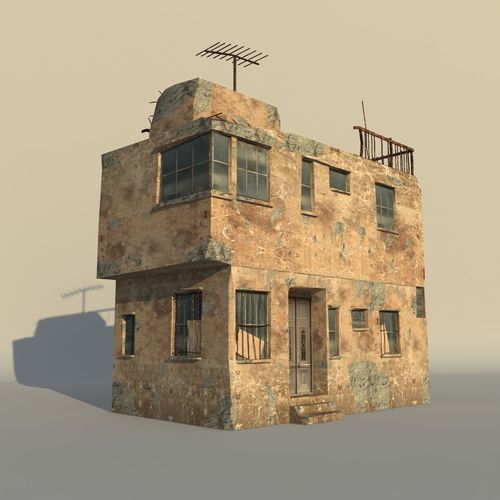 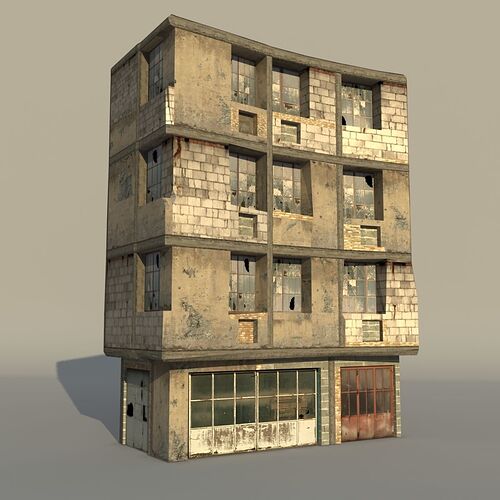 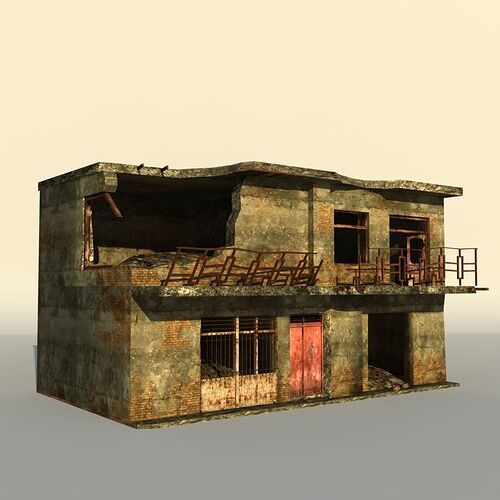 If you consider all impressions from the above pictures I hope you get what I want to build?

Feedback on this?
Cheers

That’s going to be a cool little vignette.
As for where and when it takes place - that’s always easier when you throw SF into the mix. In Afghanistan I wore BDU’s or DCU’s depending upon what the terrain was like. (If I wore a uniform at all) In Iraq we were wearing DCU’s long after they were no longer authorized. In this case, the guy next to me: 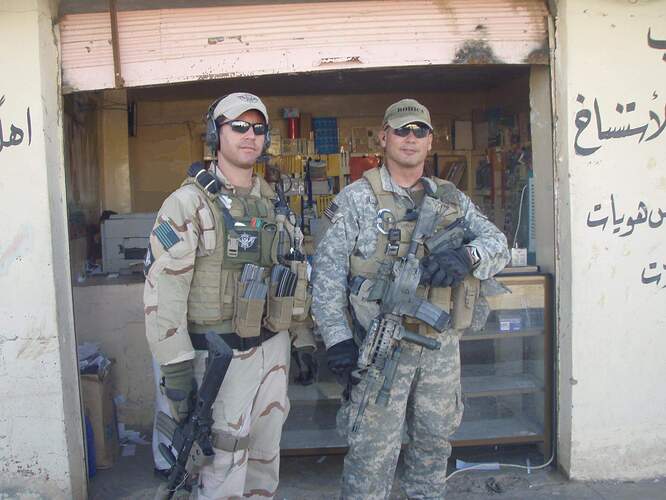 image2048×1536 248 KB
As far as tactics go, why are those barriers there? Is it a prepared defensive position or part of a zig zag barrier prior to a checkpoint? Either way, as a SFAUC (Special Forces Advanced Urban Combat) instructor, I’d have those barriers spaced a scale three or four inches apart so you could shoot through them without exposing your grape. But you did say those are the figures you want to use. Maybe sandbags on top with gaps between them to fire through.
1 Like
metalhead85 April 28, 2021, 10:58pm #18

I love that typical remark for Erik: “those are to easy to make”

One of those high buildings would look great, with people peeping through the curtains/blinds… houses don’t always have to be ruins.

You guys are too polite. Marines will use the f bomb as a vowel, noun, adverb etc…hell I think we tried see how many we can add in a sentence at one time. We used it so much, I was concerned about employment afterwards. Even now, it’s been known to just fly out.