Thought it was time I posted one of my builds from a couple of years back. The old Heller AMX-13. At the time I built it I had just acquired two Takom versions (a 13/75 and a 13/90) and thought I’d knock this one on the head first. I did quite a lot of work around the turrest canvas cover to get the thing more realistic looking. I also used some Takom Individual links for the tracks which were very challenging to fit! 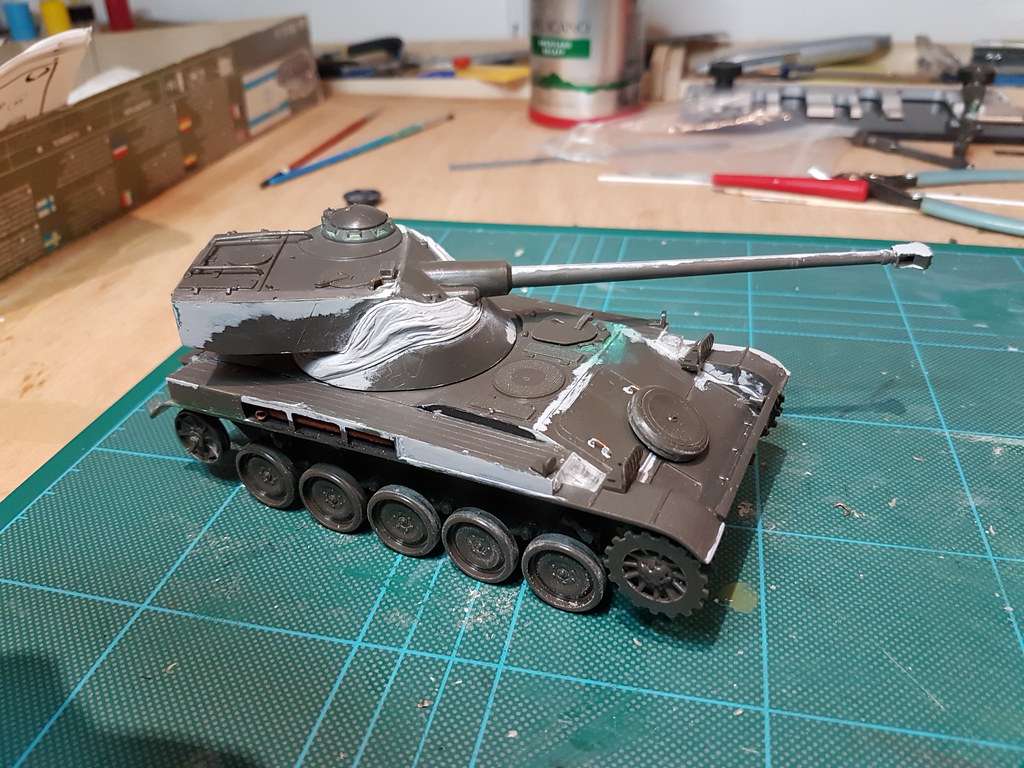 Then some fiddly work with scores of plasticard fixtures 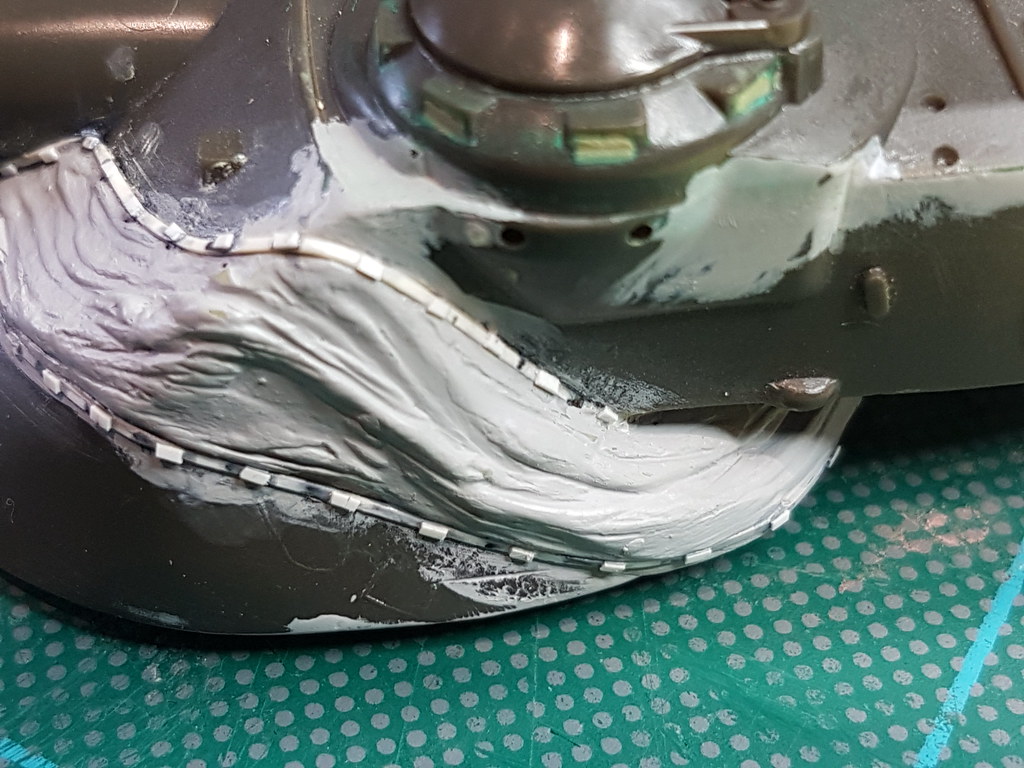 Then scores of tiny hex bolt heads (from the MAFVA stock), seen here under black primer 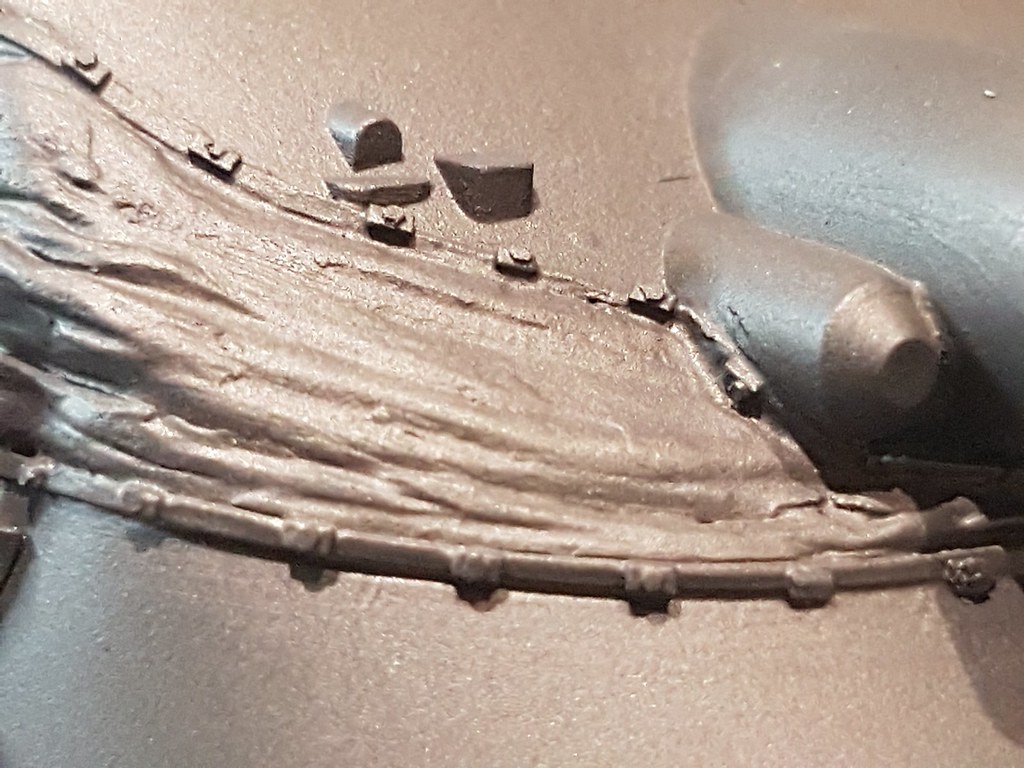 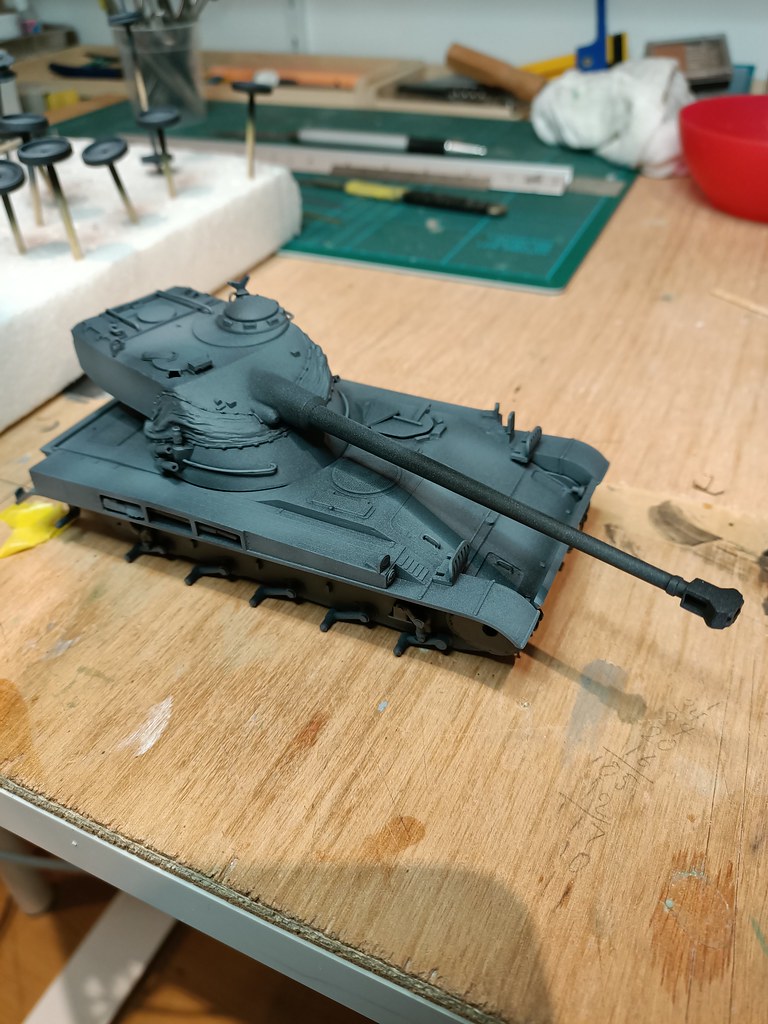 Then undercoat of sand 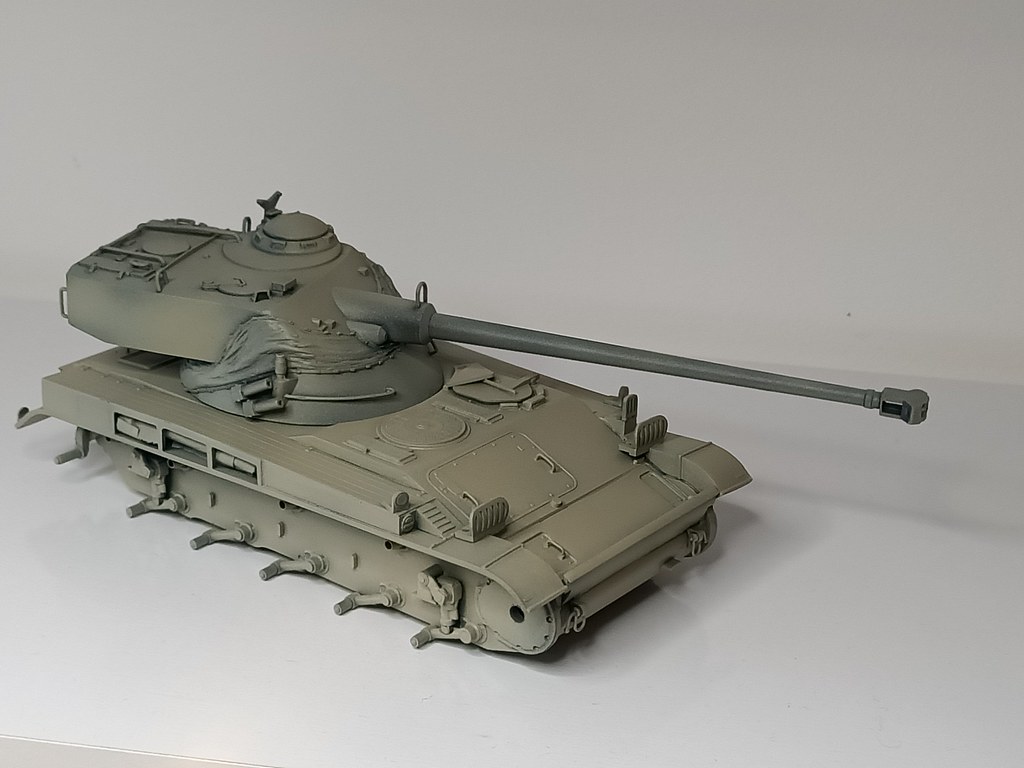 And some final shots after completion 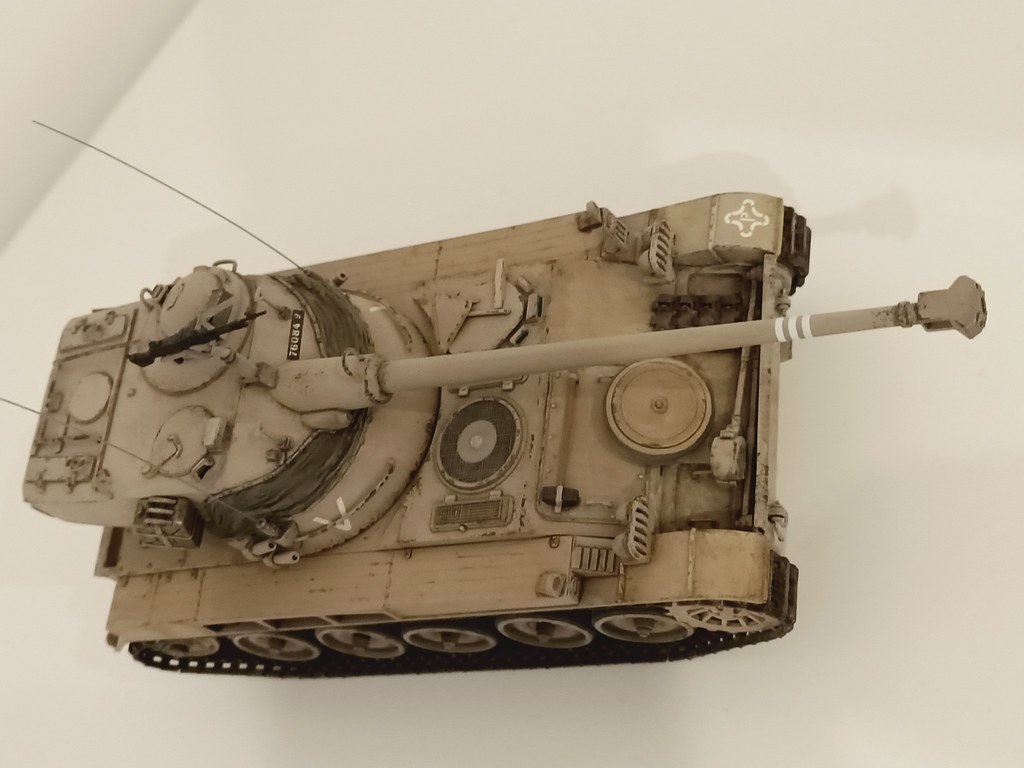 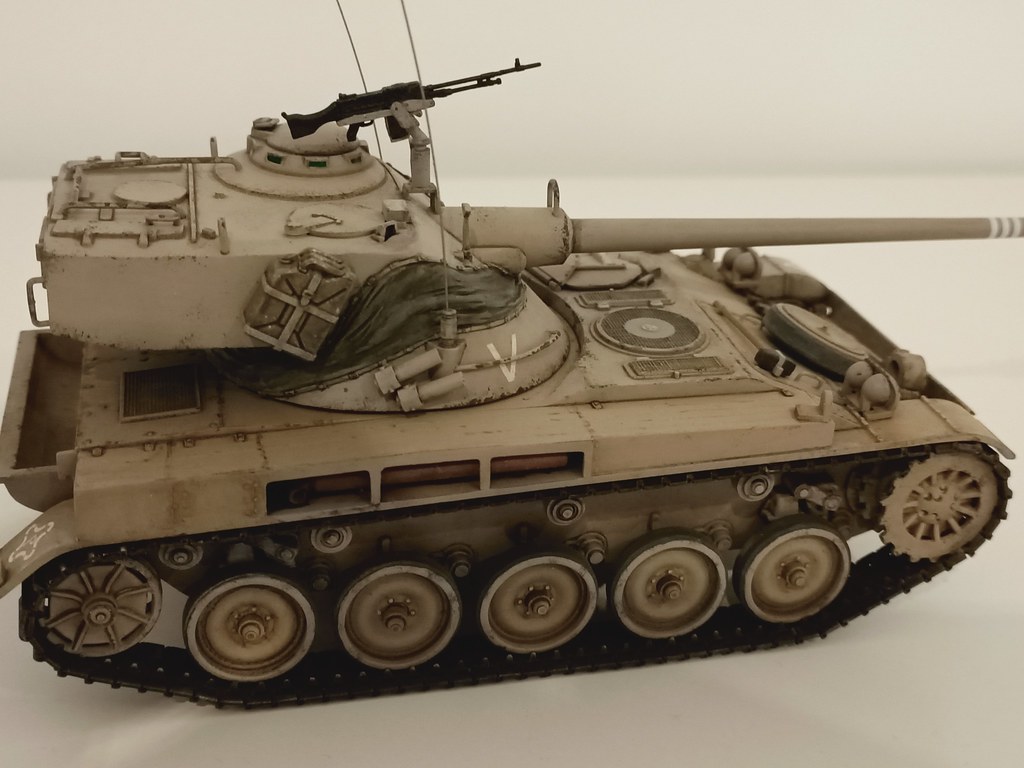 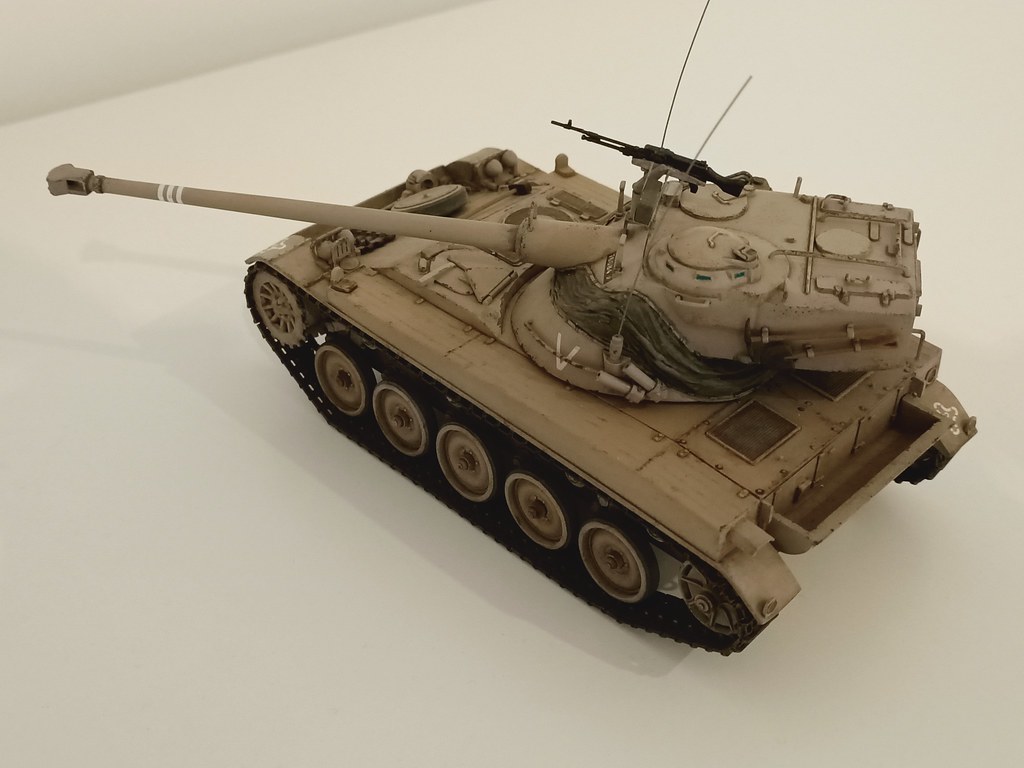 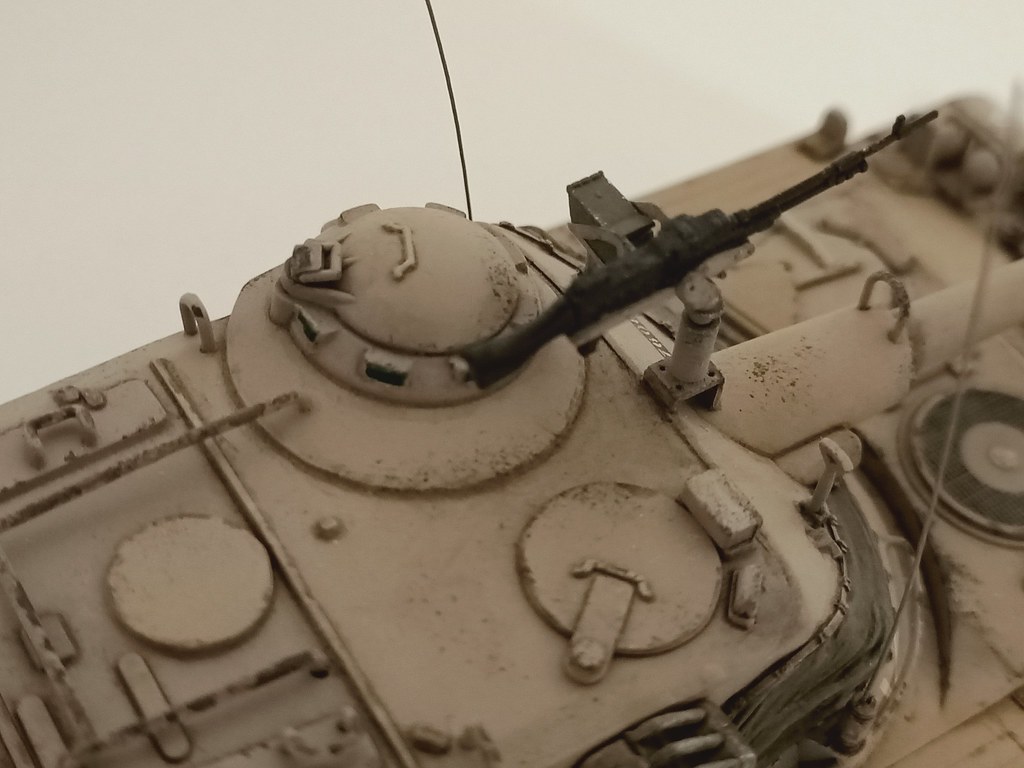 Even old Heller can do something …

You did a great job on the old girl. It just so happens I am working on the Takom AMX-13/75 w?SS.11 as we speak, & the differences are significant, looking at these photos!

Very nice job on the canvas fixtures. Great paint job as well. Unfortunately IDF never had this type of chassis. They only used the early chassis with 2 return rollers and idlers with holes.

If you’re interested in I built the Takom SS11 version and posted my comments in a post called AMX13 challenge.
Takom mixed features from the 3 variants of the SS11 tanks and omitted some details. Check your references to get an accurate model.

Thanks for the offer, but its probably too late. It is built & just awaiting painting.

That being said I want to do an Ecuadorian AMX-13 someday, so I’ll look at what you did with the 105 kit, & look to incorporate that (as well as specific Ecuadorian differences) when I do my build.

Thanks for your comments. Yes I knew the old Heller kit had some inaccuracies for this version (and I’m sure others) but I enjoyed the build, and do get a lot of positive comments!

Thanks! I look at my unbuilt Takom AMX-13’s and realise this one will need to be displayed in a different room, away from those, as it’s not quite in the same league!

I missed this earlier; that’s a very nice piece of work Terry, very nice indeed. I especially like the restrained wear and tear you’ve given it. I’ve taken note of the improvements for when I get around to tackling my 2 Heller AMX 13/105s; when that is (!)

Excellent looking model there Terry. Nice detail work around the turret on the old Heller kit. Love the finish! I have a couple of Takom AMX-13s hanging around myself and can’t wait to tackle them.

Hats off to a modeler who can make a Heller kit look this good! Bravo!

I do get a lot of positive comments

And for sure you deserve them. It’s a shame Heller did not do a better job on their French vehicles.
Fortunately Takom and Tamiya models are really good even though they still have room for improvement.

Thanks Brian! Good luck building two of them!

Thanks. I’m looking forward to doing my two Takom 13’s also. Just looking at the parts they are worlds apart from the old Heller kit!

Thanks Olivier. I spotted the serious difference on the idler wheels only when I was a long way through construction and decided to leave it. There were other areas I have since noticed don’t match up on photographs, but I guess back in the day, heller give us some good things that others did not!

I have 3 AMX 13 VCI to make - I will use parts from
Takoma…The difference in detail is huge!

We desesperately need a Takom VCI.

Is there a chance ??