Just one of the things I really like about Hobby Link’s 3D printed kits is the amazing detail that 3D printing has. The other is a low parts count.
Another cool thing is that all the large parts like the engine block, fuel tank, hydraulic tank, Hyster PTO winch assembly and plow blade are completely hollow. 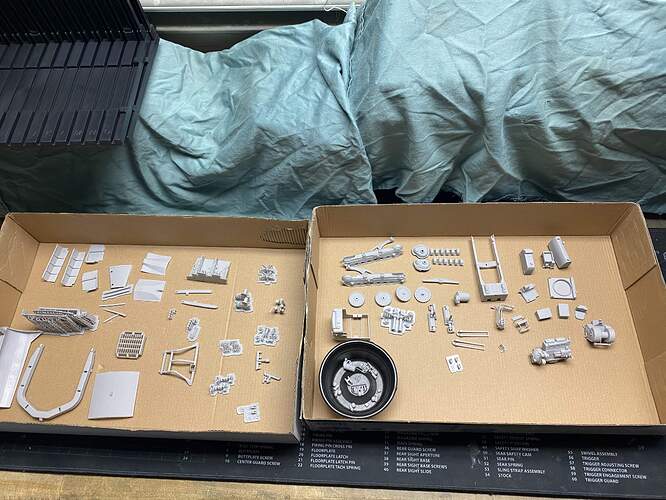 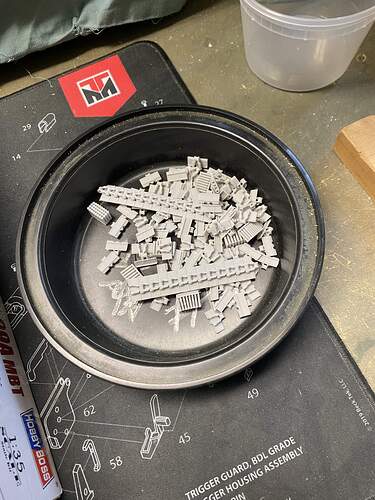 I consulted with @OpRN via PM before beginning the kit. He gave me a couple tips that made things easier, most notably installing the tracks toward the end of the build, and that the power train was completely invisible due to the armored shields and the belly pans.

I originally planned to build the engine as a separate display piece but that plan went awry when I discovered the engine mounts were stressed members for the frame horns to keep everything straight, so I installed the short block. Check out the radiator! 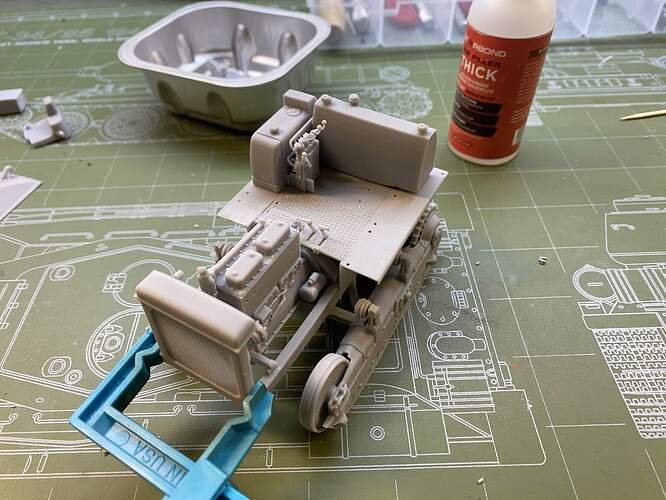 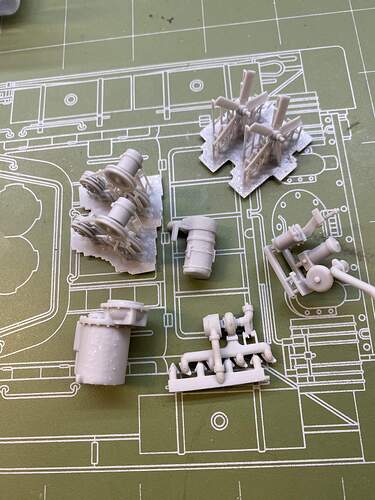 Assembly was pretty straightforward, no real surprises other than some warped parts that required a little warm water. 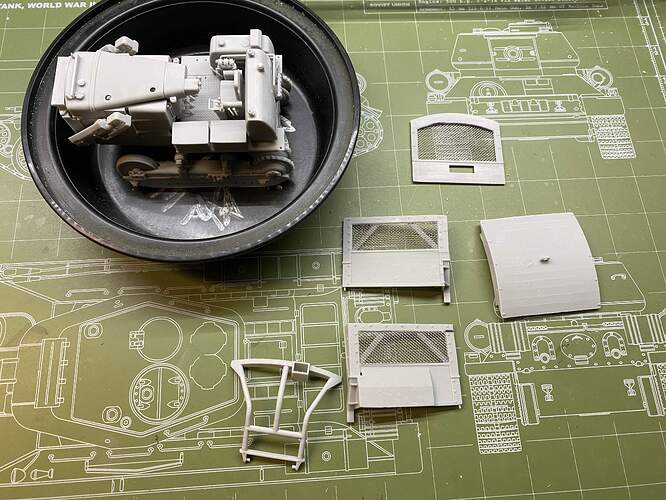 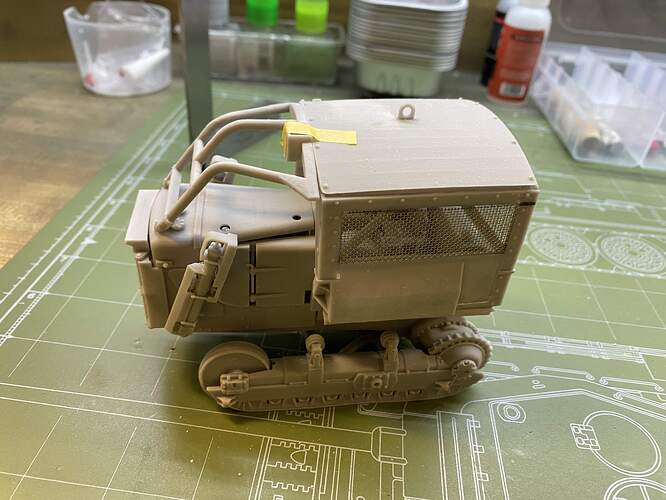 The tracks were easy, consisting of one long single length on the bottom run for each side and 27 additional links that I split front to back. 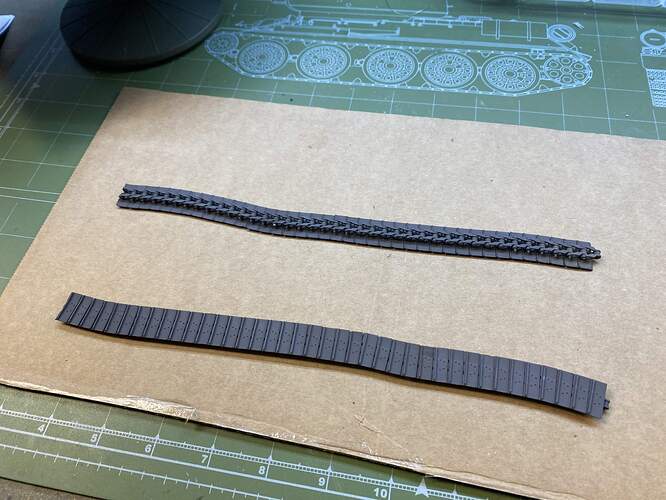 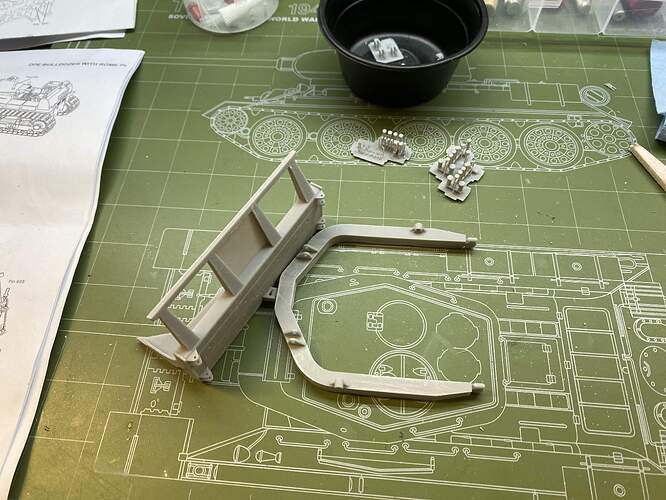 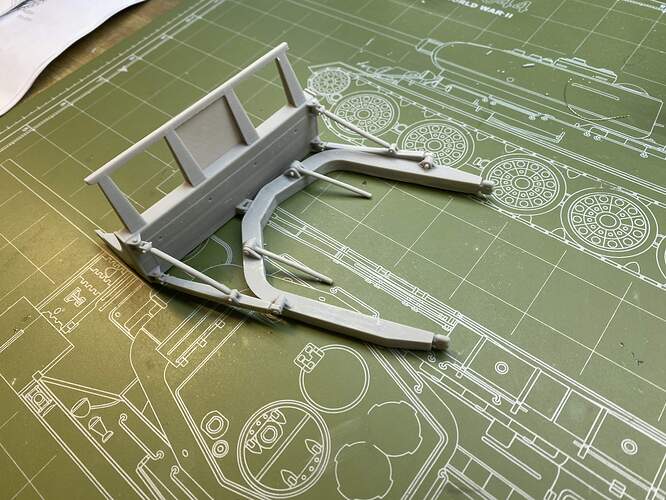 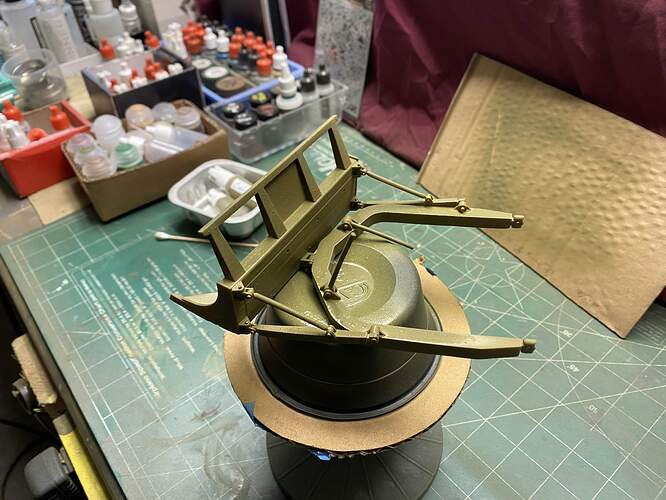 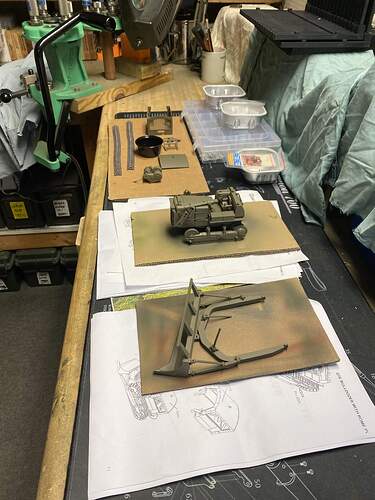 Detail painting. This will all become invisible once the cab is installed. 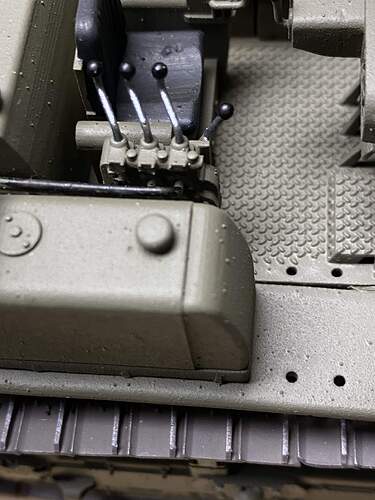 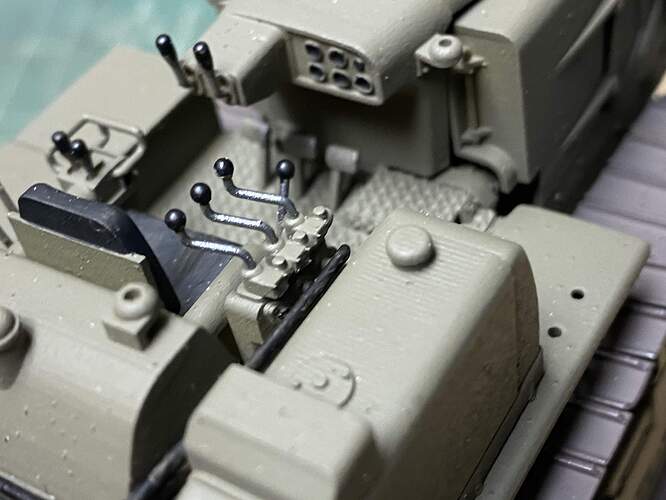 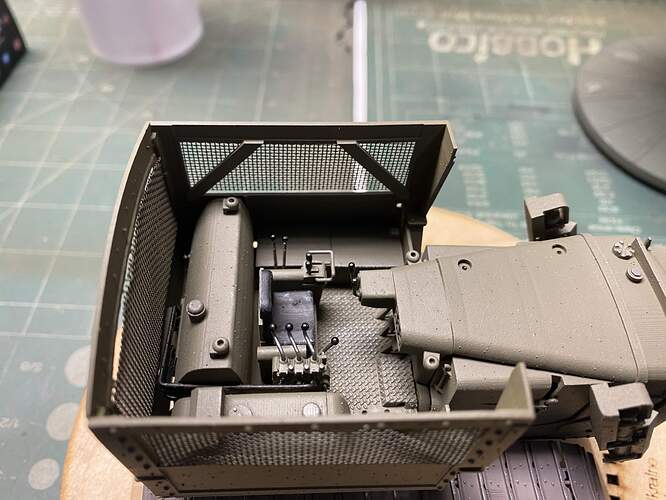 Looks very nice and not too bad on assembly. Great job so far. 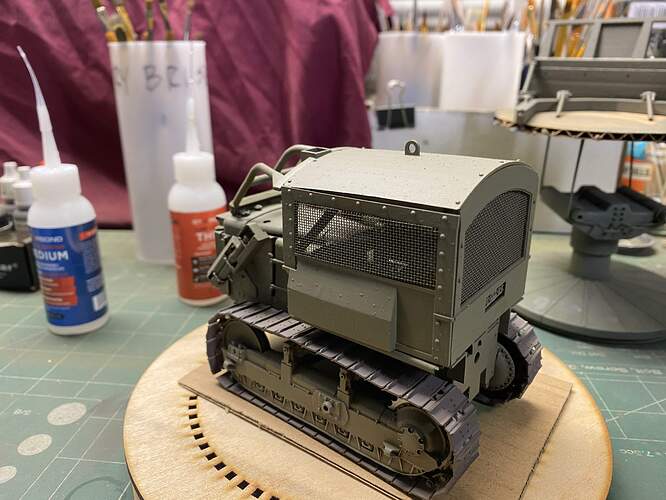 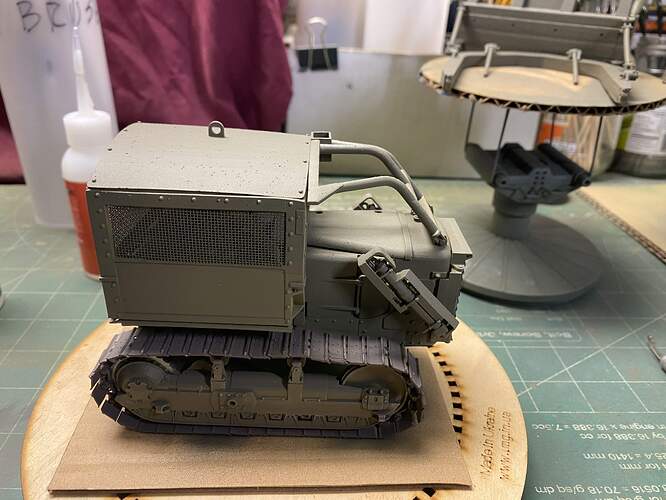 Note the holes in the top cover for the engine for oil bath air cleaner and exhaust stack. 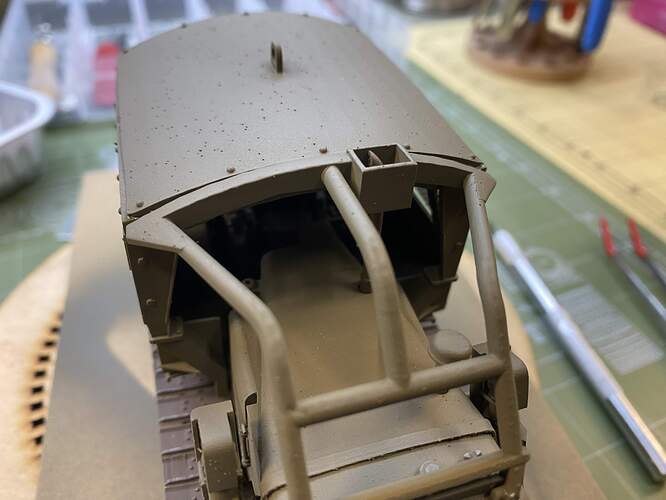 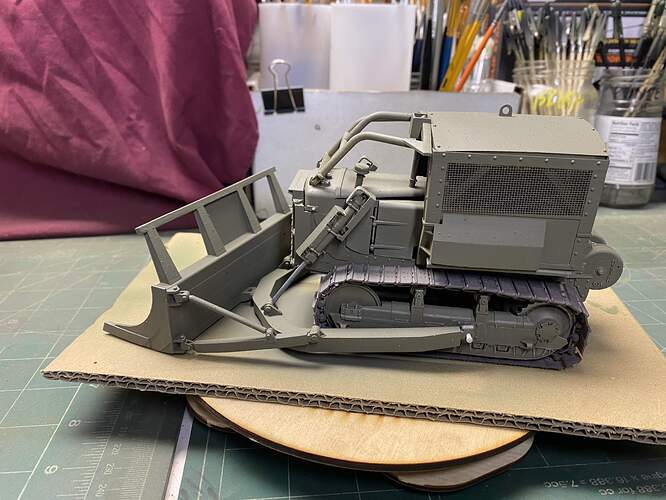 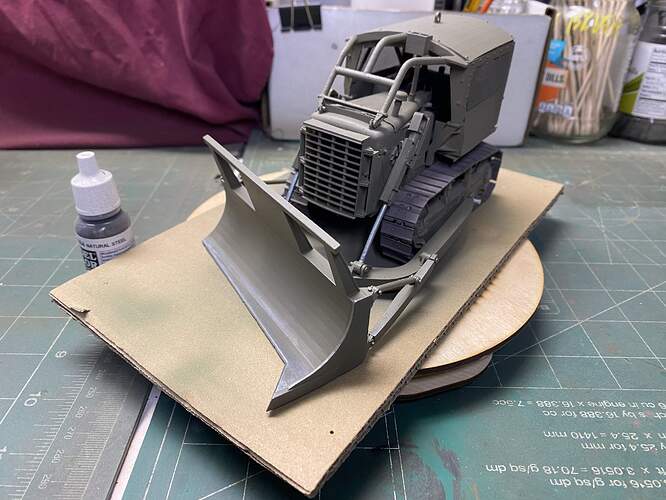 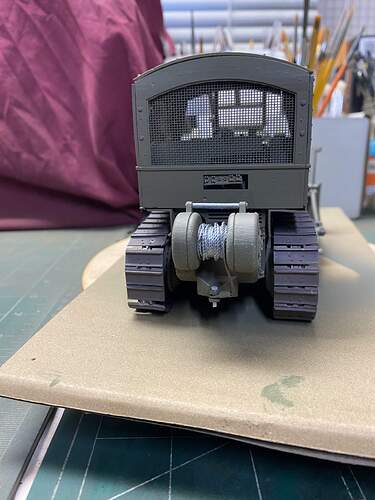 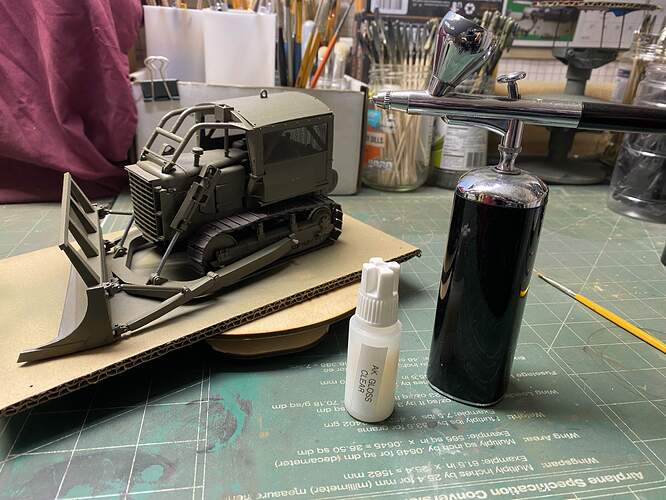 Decals next and then weathering attempts…, 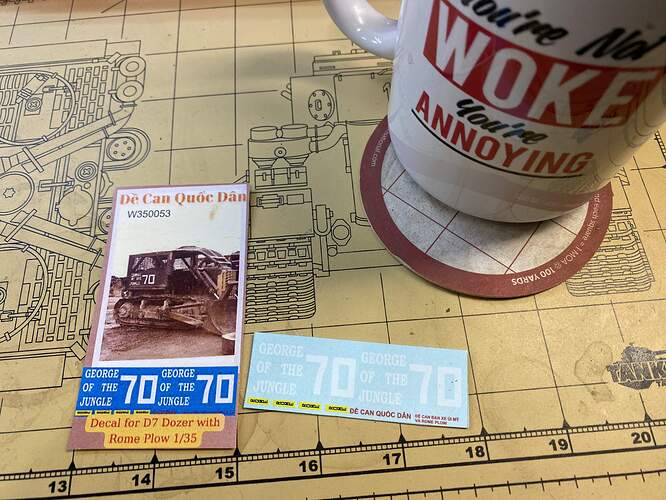 This name takes me back to Saturday mornings circa 1967: 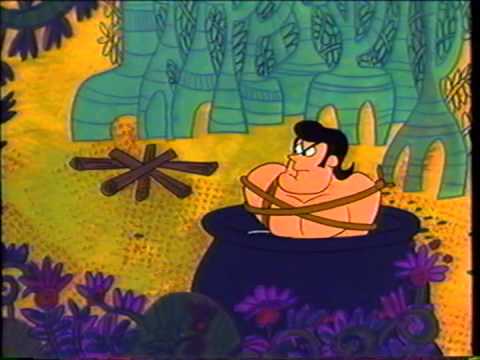 Did you sleep at all during this build?

I’ve broken my rule about one kit at a time, lol.

I’ve searched Hobbylink Japan and could not find this?

They are from Vietnam and have a Facebook page. They are available in the U.S. from Wanamaker Hobbies.

Secure and full-featured Online Shopping Cart Software with the complete set of powerful ecommerce options to create your own online store with minimum efforts involved.

It’s Hobby Link (I know, confusing!). If you do search on FB for this, it will pop up. If you want to order direct from Hobby Link, you can, just send him an email. I’ve had no issues getting orders directly from him and the shipping is usually reasonable, sent via FedEx or DHL.

The decals were a disaster. It was a single carrier set up and I figured if I cut it as close as I could with a scalpel, it would be okay because I’d sanded the surfaces on the cab smooth prior to paint and had two coats of clear on it. 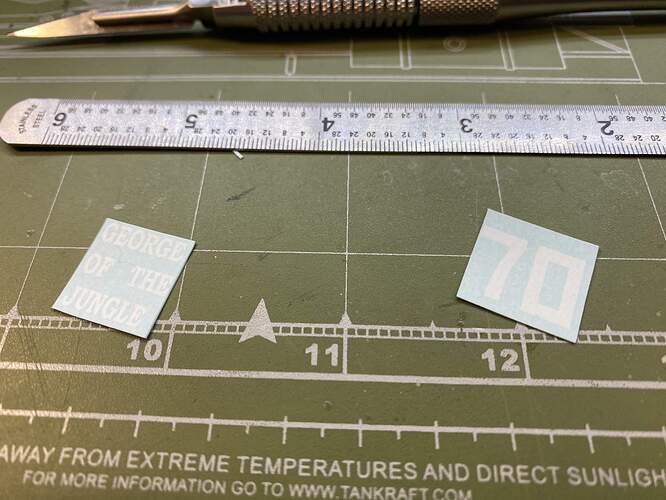 The first problem was that they absolutely wouldn’t stick to the cab. I had to use thinned white glue on them. Never got a chance to microsol them, even though I was ready prior to application. 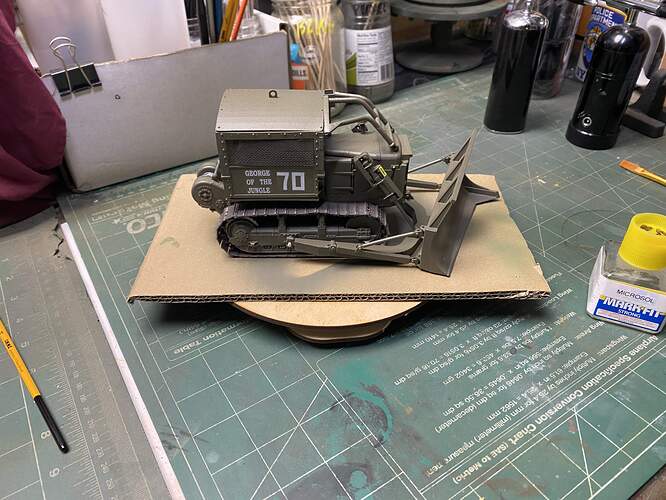 Oddly, the small yellow and black “ROME” emblems, stuck on the armored shields for the hydraulic cylinders without glue. I figured the large decal problem was a surface tension thing.

After sneaking the model upstairs where it was warmer and waiting two full days to clear coat it again, the large decals immediately wrinkled and only got worse as the AK clear dried over them. Again, the small ROME decals were fine.

Up early his morning with 800 grit: 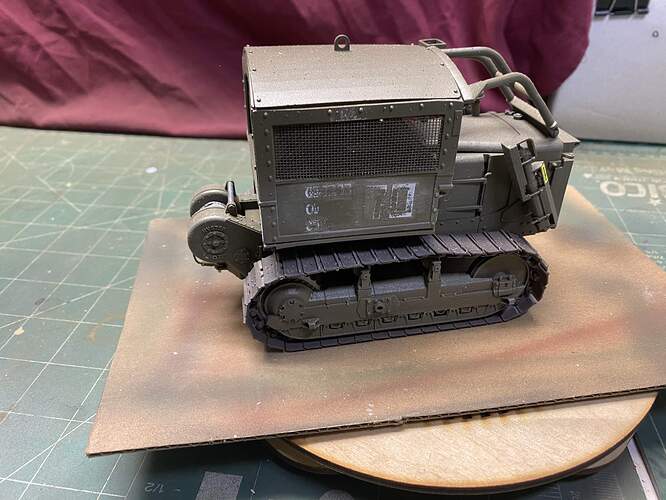 And two coats of paint on the cab, I’m back to square one. Ain’t modeling grand? 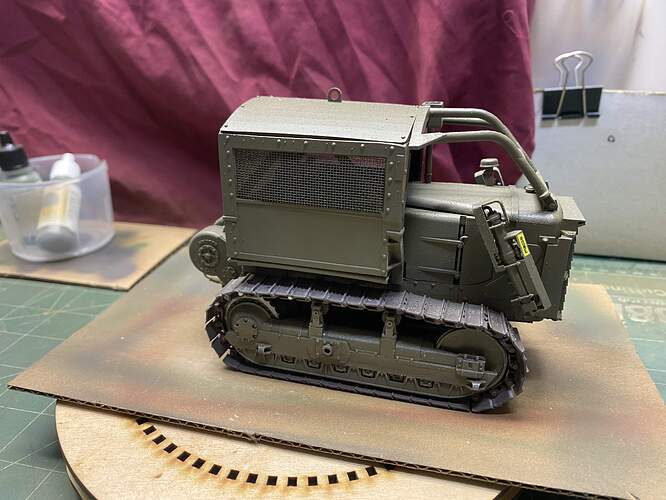 Looks great. It doesn’t look like you had as many construction problems as I did. Still, a great kit when done.

Only because I sought out and followed your advice.
I noticed you didn’t use the decals on your build. Do you want to get rid of them if you still have them?
I’m a glutton for punishment.

Edited to change “did” to “didn’t”

I didn’t get any decals. My kit was one of the first from Wannamaker’s. All my markings were hand painted. I was actually wondering where you got the decals from.

Came with the kit, although they kinda’ sucked. 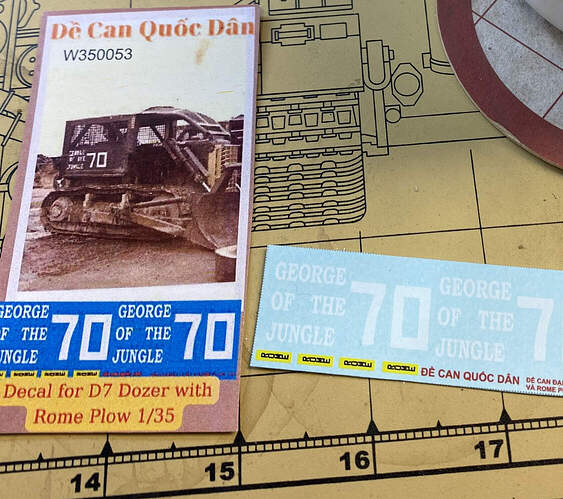