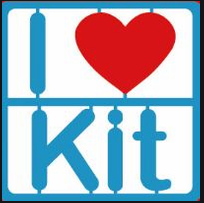 I saw this brand in a local toy/hobby store. They had quite a few kits by them. And I understand this is a Merit/Trumpeter brand off-shoot. But seriously why? Of all the brand names you could go with. I didn’t know whether to say “I Heart Kit” or “I Love Kit”. But why not “I Love Kits”?

I just don’t understand how a company like Merit that is based in the US for decades now goes with this as a brand. I mean I would understand if they wanted to come up with something new and snappy to replace the Merit brand… but this?

Anyway. Looked like they had some interesting kits at least.

They launched with bang at least: The M65 Atomic Cannon.
How about that for a brand launch?

They have released a couple of 1/700th ships and a few plane kits as well.
Andy

They should have created a parallell brand: I Love Ships

Coincidentally, I received mine (M65) today, from a not so slow boat from China. I don’t mind what they call themselves (I can live with the odd grammatical slip) as this looks to be a cracking kit - and for a very good price too!

Of course, when it’s going to get built is another matter entirely.

They might have had more search hits if they’d gone with Hello Kit. 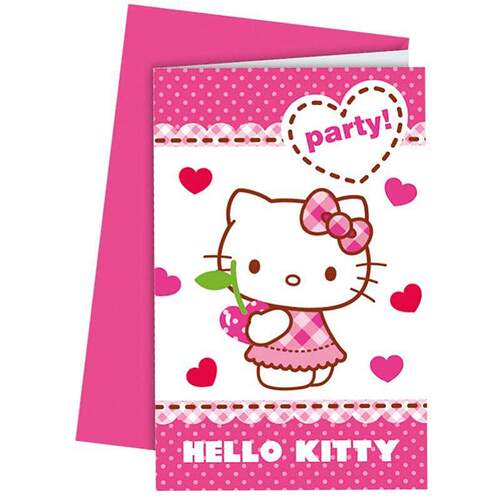 I suspect that the trade mark with the heart goes over better in what might be their home and regional Asian markets. Something lost in translation is no surprise.

However, there are plenty enough examples of US companies that have selected trade marks or product line names that fell flat with overseas markets, so I suppose this happens to the best of 'em.

I will say that I’ve got their M65 Atomic Cannon kit, and it’s a darned fine looking box of parts. I haven’t heard or read about any sort of issues with the kit’s parts-fit or basic engineering. The moldings are clean with no flash and just minimum mold seams. The very large decal sheet is printed well, in register and will minimum excess film around the markings. The instructions are not especially inspiring in presentation, but they are clear, understandable and to the point.

If that is the quality and accuracy that they continue to produce, I think “I-heart-Kits” is going to be successful no matter how many cutesy hearts they put on their boxes.

Michael, having just had a closer look at the M65 (whilst my wife was out dog walking!) I have to concur; the kit does indeed look excellent. I am also tempted to cast everything else aside and commence, but I promised myself I’d really try a bit more self-discipline this year and finish all those half-started/half-finished builds first.

I also have both the Tankograd publication based on a TM and also the Images of War publication, the latter having given me a few ideas of how to ultimately display this monster.

The sad thing is I also have the ancient Renwall offering in my stash. What now to do with that?

It’s definitely a monster of a kit, or should I say “KITS,” since it’s really like three whole kits in one box - the cannon and the front and rear tractors (which are two distinctly different machines).

I was also really tempted to drop everything and start mine when it showed up. I’m afraid that I’ll have to build a new display care just to hold it when I do get around to building it!

The hydraulic rams that lift the cannon carriage off the ground when hooking the “limbers” to the carriage are designed only for one of the modes, I think it was transport mode.
There was a long discussion in the old forums when rumours about this kit started spreading.
The discussion participants found images and I think we managed to reach some sort of consensus about how it probably worked.

These details are show pretty well in the references that Brian lists in his post.

The kit is indeed designed, though, to really be displayed in the transport mode, so to show it in the firing mode, there are some mods that would need to be done. The “bones” are there, and the work wouldn’t be too difficult.

I think I’ll be happy enough to depict it in the transport mode; I find that the problem with deploying artillery pieces as though in action, unless one was an artilleryman (“Gunner” in the UK vernacular), with direct experience, finding out where everybody would be, and what was what (charge bags, fuses etc) can be quite difficult. It all requires a fair bit of work for any display to look viable, in my opinion that is. Of course, that is also where the wide range of knowledge available within Armorama comes in!

No, I think this beast entering a German forest on a track will look just fine.

You’re misreading it. It’s an “I love Kit” kit as in “here is a kit that I love”. If you say “here is a new I Love Kit kit” then it makes sense. Maybe.

But still, here I am talking to someone who says “Tameeya” instead of “Tammy-uh”.
Then there’s also that certain person who always refers to ICM as “ICM Holding”, despite that not appearing on their model boxes (or anywhere from what I can make out). Also weird is the ICM slogan: “New in the Best”. For a long time I thought it said either “New is the Best” or “New in the East”.
Anyone know how to pronounce “Riich”? Is it Reach, or Rye-each?

However, there are plenty enough examples of US companies that have selected trade marks or product line names that fell flat with overseas markets, so I suppose this happens to the best of 'em.

I’m heading down now to Mexico to sell my vintage Nova.

Okay… I will give you that there is no distinct Y sound, but if you say “Tammy” like the girl’s name you are still doing it wrong. Because that would be two syllables… tam-mee. Where as Tamiya is ta-mee-ah. Emphasis on the mee.

As heard by native speakers here: Tamiya pronunciation: How to pronounce Tamiya in Japanese, Spanish

I had an English roommate; I hated going to Mexican restaurants with him as he loved those TACK-os.

Do they offer Spanish as a course in school over there or not?

As heard by native speakers here

Oddly, they both sound like halfway between your and my pronunciation.