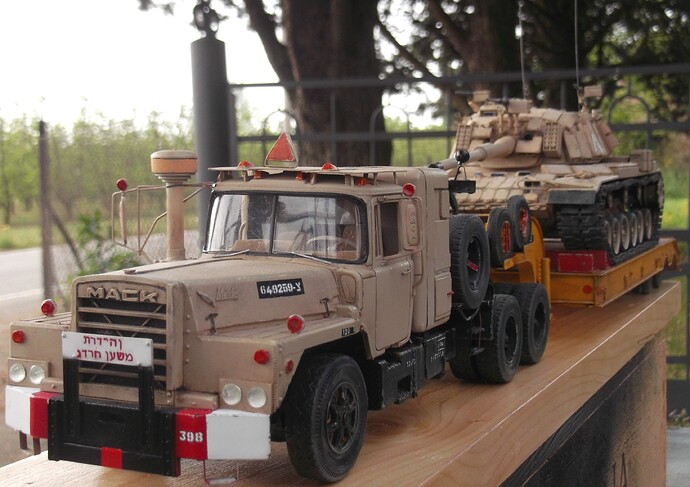 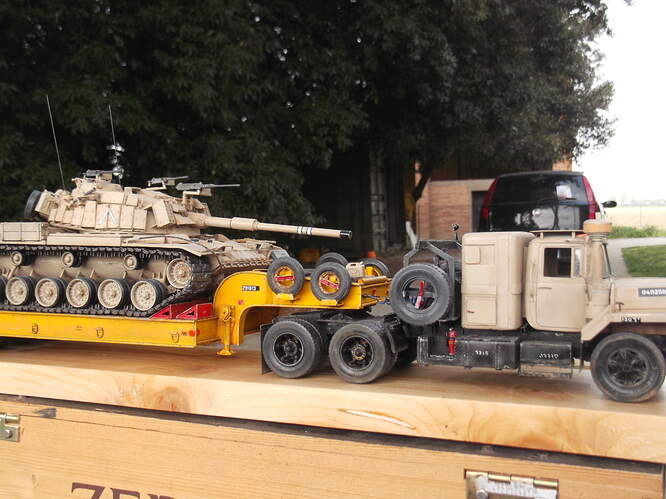 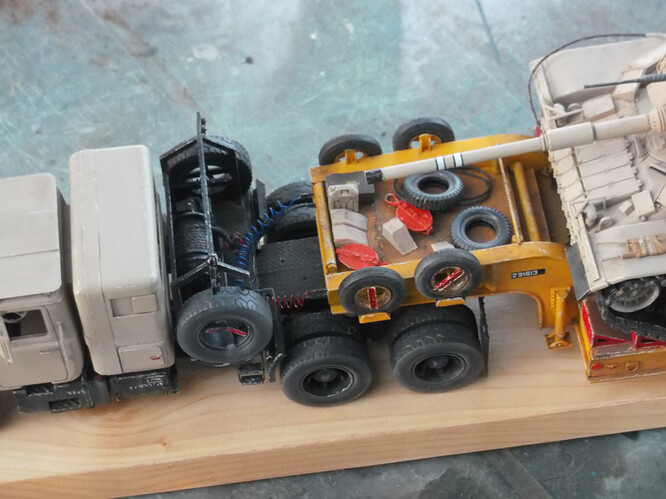 Very nice! Where is the truck from? Unfortunately all three words on the front plate are misspelled, but that’s an easy fix.

Nice-looking rig, I like tank haulers. Unusual to see a tank loaded up with the gun facing forward.

Very nice. Who are the kits from? I’m guessing they are the Accurate Armour pieces.

Unusual to see a tank loaded up with the gun facing forward.

I guess that largely depends where the travel lock is. 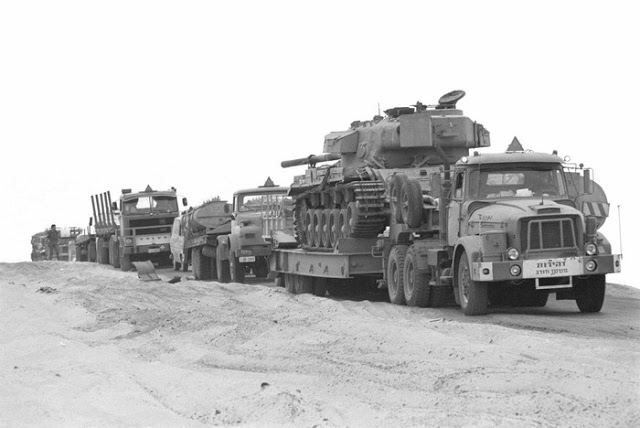 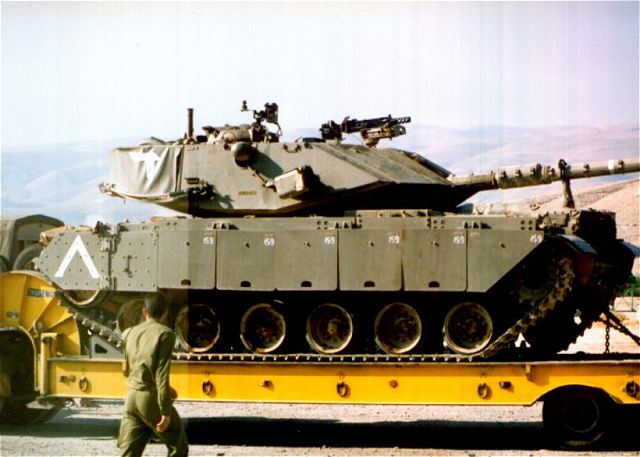 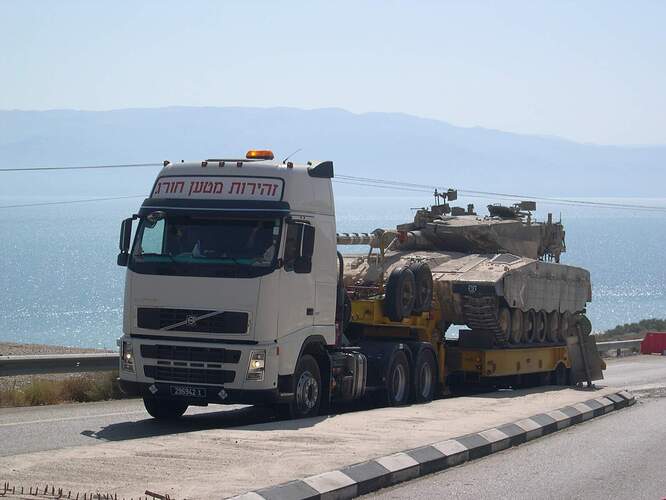 correct,
unfortunately the turret is recycled from an old M48 Tamiya and i hadn’t the chance to modify the position of the gun.
it is like a poetic license

MACK DM 895 + TANK TRAILER + WAGON THAT I DECIDE TO DO
Premise
It was the year 1986 when the jaws of the Italian modelers fell to the ground almost in unison.
In the book Verlinden Way n. 6 an Israeli carrier was presented on page 27: something absolutely fantastic for us (until then, in fact, even the most savvy modelers could at most think of using the atomic cannon engine to build a Dragon Wagon).
And likewise for those who loved helicopters there was one in hoovering … space …
Of the whole composition, of course, the Tiran6 was not made by anyone, in short: there was no match …
Then thinking of building such an articulated model remained a dream if only for the knowledge on resin molding and for the difficulty in finding the engine in the now legendary Monogram box that some shopkeepers were said to have jealously kept in the basement.
a bit like the helicopter suspended in mid-air with the harmonic wire, the Israeli tank transport remained a beautiful dream.
The rogue occasion happens by chance when looking for a way to use an old Monogram tank by dint of ravaning the internet I found the Revell box of the now forgotten Mack: greedy! I thought: what if I took it to be a carrier?
Why not?
A curious dilemma arose here: How to do it?
End of premise
I could copy Eddie’s model or think of improving it at least for techniques and details or still do what the Israeli army had really used
I opt for the last option.

Ok let’s try, for a while to take our measurements …
Easy enthusiasm is the first cause of victims among unfinished models … in short, I am old enough to plan these things a little …
Needless to say, the internet from this point from a hand and following a closer search I discover that the engine used is the Mack dm895; only partly derived from that of the box and even the trolley, although well designed, reproduced a little used version so from here on, where possible, every information must be crossed with another to verify its correctness.
“Ok if you make a crack, you do it all the way!”
Well so I’ll just use the cab and axles and then try to build the replica closest to the trailer trailer
“Ok let’s take the truck and then for the wheels?”
Now, the modern resin wheel market allows us to find attractive alternatives to self-construction starting from those of the Dodge Italeri for which I chose the aftermarket wheels for the Trumpeteer Rolgers trailer while for the tractor I bought both the civilian ones of the White 666. of Real models
The first step having the drawings, waiting for the arrival of the truck, was precisely to build the trailer
I enlarge the photocopy and I get to work: I prepare the floor by building a plasticard sandwich; in order to give it rigidity but at this point the first hitch occurs … taken an old M60 I realize that the trailer is … too small! Not only does the wagon protrude to the right and left but also several millimeters are missing in length
Ouch! I have to rebuild the floor to make it big enough to load the Patton which is the gauge limit.
To tell the truth, there was another unpleasant problem … what kind of suspension does this trailer have? I definitely do not trust what is proposed on Verlinden Way without other feedback so I start with another research and I find to my surprise that the current market for semi-trailer suspensions is in the hands of the Chinese … and therefore it is difficult for me to understand what path they have took the engineers of the kibbuz Netzer-Sereni (credited with the construction of the semi-trailer).
For now, four screws in the bottom of the floor position it correctly in height … it looks like a tractor pulling sled but for now it is enough to give me an idea of ​​the final size; for the first checks I also hire a NewRay Scania tractor for the first checks
So I realize that I don’t like the gooseneck, there is something wrong with the height it reaches on the tractor.
In fact, even in the model on Verlinden Way a spacer is inserted at a certain point to restore the correct height
There remains the problem of how the floor of the platform was made, almost certainly of non-slip sheet metal but only after the usual research I was almost certain of the situation
Given the wide use of non-slip sheet metal, I decided to use… plastic plates to obtain the anti-slip sheets to use. 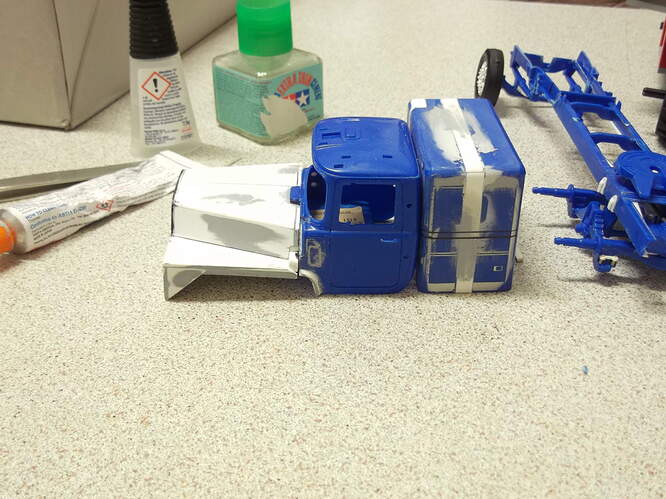 AEF Designs, at one time, produced a lot of conversions of Israeli tanks, they no long exist!

Thankfully. AEF Designs products were pretty horrid. Just about any I used were only good for patterns to make new parts from. They were a waste of money in my opinion.

Is this a 1/32nd scale truck from Monogram? I will be following your build! 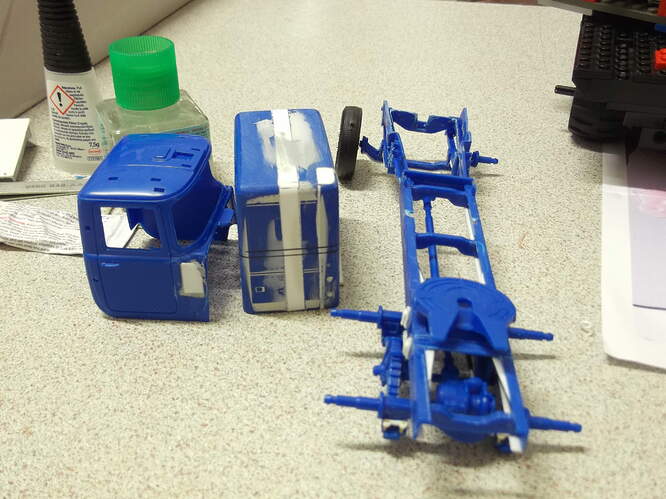 -intermezzo- it sometimes happens that you want to check the technical analogies to better understand how an object works
So, not understanding how the pivot pin of the trailer was blocked, I looked around for a similar trailer to understand how much stronger that point was; while I examine the detail the owner comes out … then go and explain to him that I have to make an Israeli carrier …
In this way, much of the trailer was secured; the wheel pins are missing but roughly the dimensions have been established
I then prepare the rollers that guide the tow rope (another radio antenna to be sacrificed in the model building altar …) and prepare the front lifts
For now I plan not to build the two ramps.
When the engine arrives I begin to examine the material. There are parts that absolutely must be discarded and others that must be strongly modified: I foresee five sections
Hood cabin berth and winch and chassis
Fortunately, the bonnet is almost made up of flat plates so it is not difficult to reconstruct it, there are also some views taken from the internet (sales brochures) that help: for now I will prepare it detached from the cabin, I will then proceed to pair it with the same at a later time.
In the booth you have to put your hand inside immediately and they must be finished before painting everything else.
Here too some photos from the internet help me to center the details knobs must be inserted but also the main dials must be modified with two slightly recessed must then be reproduced all the gear levers and relative handbrake
While the seats need a little tweaking.
All the steering column must be revised and also the leaking itself must be replaced I still keep the tub which is easier to handle
While for the berth the situation is different: Meanwhile, a corner must be turned upside down because the seat for the muffler is a poetic license of the Monograms… and then it must be tailored…. The second part is perhaps the most difficult of the model; the photos in fact make it seem wider than it really should be.
Result: cutting and cropping until I find a karmic balance but even here I realize that something is wrong … in fact the cabin does not … collaborate with the rest of the berth and here I discover something that I had not really taken into account:
the cabin is offset !!
Everything I could expect except the asymmetrical cabin. “This is why the measures of the bunk did not match (which in the meantime I discovered equipped with a wonderful rear window that allows light to enter the bunk itself.” And therefore a minimum interior must be restored in some way
It remains to understand the correct proportions of the berth and winch frame
Again only on the twelfth attempt I decide that the only possibility is to keep faith with the dimensions of the wheels in the sense that those at least remain round so that even the objects in the vicinity, even if deformed by the perspective, must then return to confront the rim, precisely, of the wheels since the rim always respects the proportions of height and width.
The spare wheels at least remain round … … even if I poke my eyes to understand what the hell they’ve done
The winch is missing at this point but what brand is it?
Luck has it that a flyer from a retailer has been found who sells several copies of Mack DM 495 and names, among other things, the winch model that … clearly is not on the market in the sense that it is in the old military model and not. there is a lot of documentation luckily someone sells some similar ones of the same German brand on the internet
Bueno, now we have to put all the pieces on the template and then it’s done
It is now necessary to decide how the wheels are to be built; to my great disappointment the resin wheels I bought seem a bit cramped to me and they don’t look so nice (they also need a lot of adaptation work to go into the respective rims) so I go back to my previous thought and decide to use the stepped-tread wheels of the good old Volvo Get out 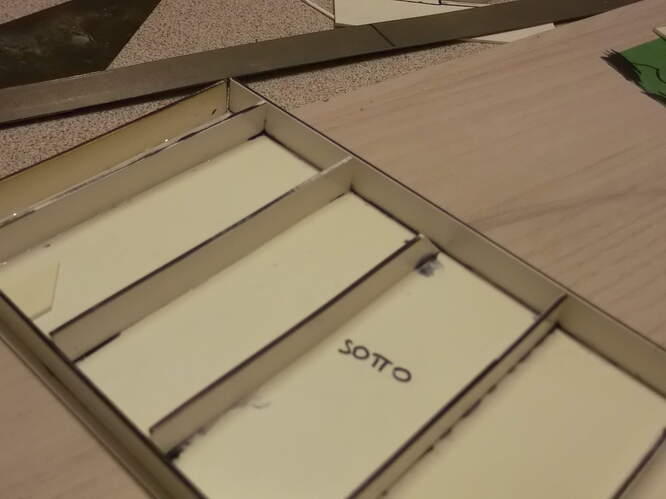 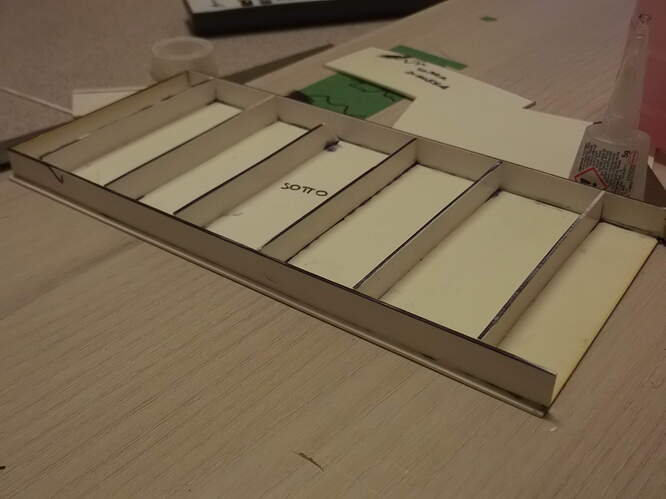 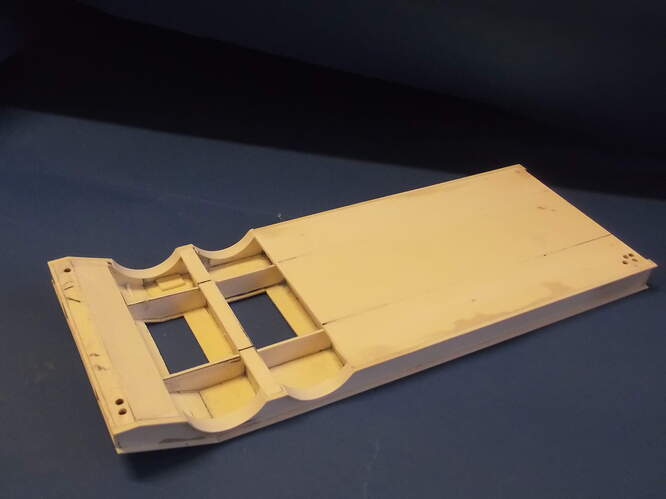 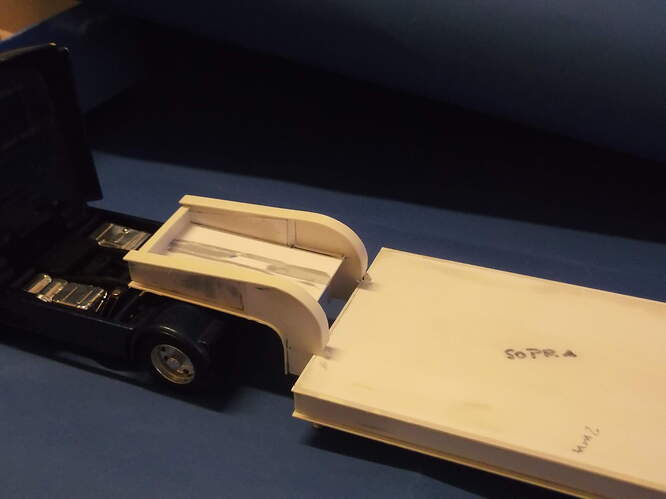 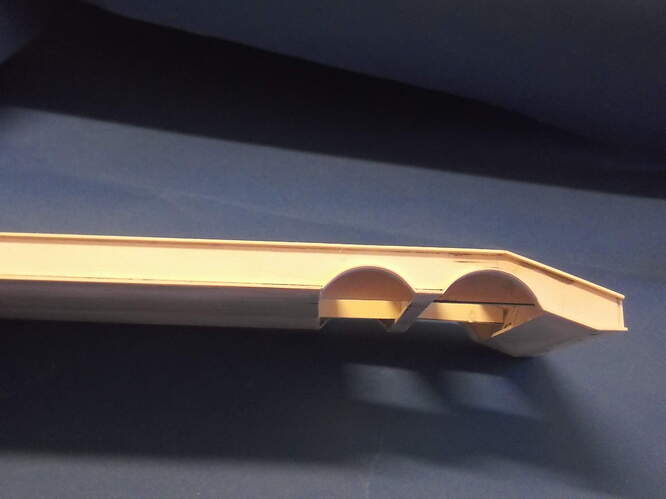 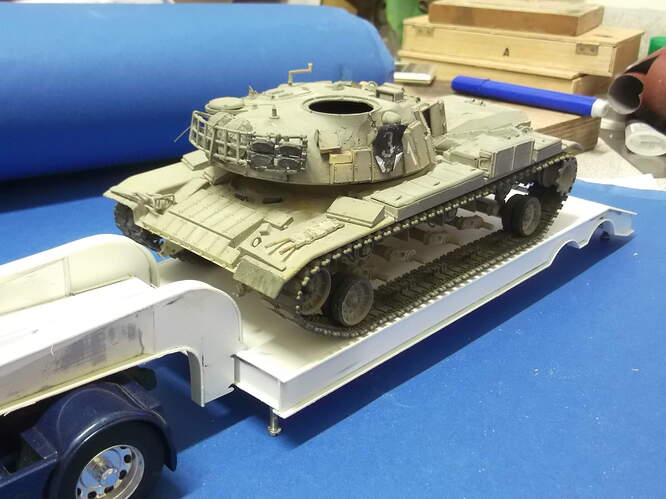 This is excellent work and I shall be following closely, I too have this Verlinden book and his build is inspiring. I think we forget sometimes how much he moved the hobby forward .

I think it’s a shame there are no plastic kits of IDF tank transporters available outside of the M19. I think they would sell well.

I have the DEF models Mack and mine is actually pretty good. It even had 2 cabs in the box. I know that they could vary widely in quality. I also bought a butterfly hood conversion off ebay many years ago. It was accurate but full of pin holes.

Keep up the good work.