The expression “European Gauge” is a bit confusing.

I would presume this is set to the same British and US “Standard” Gauge of 4 feet 8 1/2 inches? Yes?

correct, as far as my measurements and scaling equations are concerned

“European gauge” is their term for Standard Gauge. I’ll bet on it. I think that European or Asian manufacturers don’t understand 4 feet 8 1/2 inch is S.G., or maybe their research has exposed them to the Soviet 5’ gauge, and they are making sure modelers don’t think they are buying something for the Russian Front, including Russian track re-gauged to Standard Gauge by the Germans. Or maybe they know more, and want modelers to know to expect track with European ties and their way of anchoring rail to the ties instead expecting North American-style track.

Armor 35 made those distinctions with their releases: 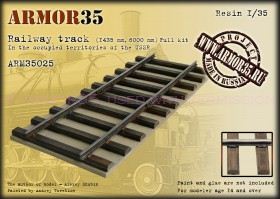 I thought I had asked, but can’t find it now. Are these the same width as the mini-art tracks, do you know?

Mini-art had told me they would reissue their European Gauge track this year, but now I guess that won’t happen…

It should read WESTERN European Gauge. Standard gauge is 1495mm between the rails. Thats what we call Normalspur. In eastern Europe they have a gauge of 1520mm. This mistake stems from the 19th century when a Russian delegation visited England, then the lead nation in railway. Unfor-tunaly the measured the distance outside of the rails not inside. Here in Germany the minimum radius
is 150 meters.
Funfact The Russians where in Vauxhall station. They asked the locals what the train station building is named. They answered Vauxhall as the station name. Since then Russian stations are called Wokshol.

Thanks. But I am more interested in the actual compatibility between the plastic. Some years ago someone measured the difference between Trumpeter, Dragon, and Miniart. The latter two were pretty close, but the Trumpeter ones were considerably narrower. I don’t suppose you have both?

And now there are also several companies offering Russian (5 foot) gauge trackage as well as trackage that represents the Russian track as having been re-gauged by the Germans to European gauge.

I have Miniart and Trumpeter track. I’ll double check later when I get back to the bench

Thanks. But I am more interested in the actual compatibility between the plastic. Some years ago someone measured the difference between Trumpeter, Dragon, and Miniart. The latter two were pretty close, but the Trumpeter ones were considerably narrower. I don’t suppose you have both?

Here are my results measured between the Trumpeter and the Miniart kits pictured.
41mm between, inside rail to inside rail.
The angles of the close up photos tell slightly something else but they both measure 40mm - 81mm, inside to inside. 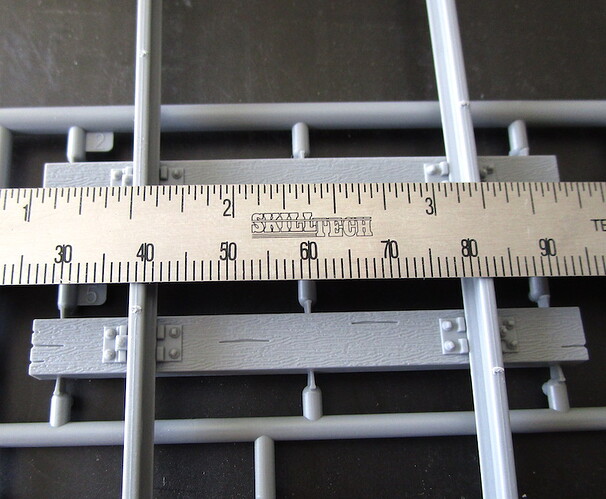 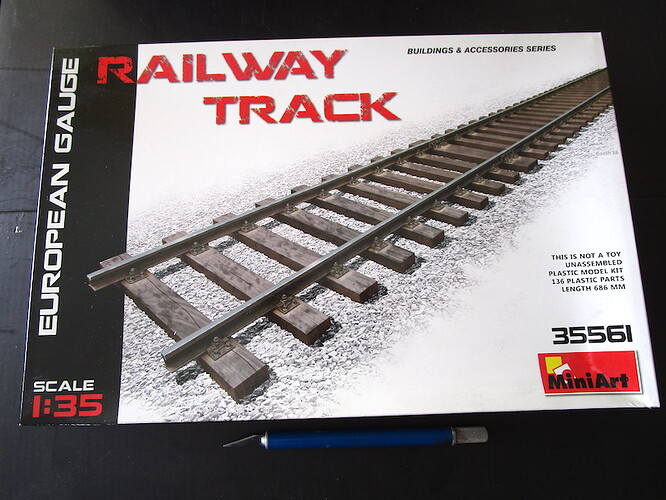 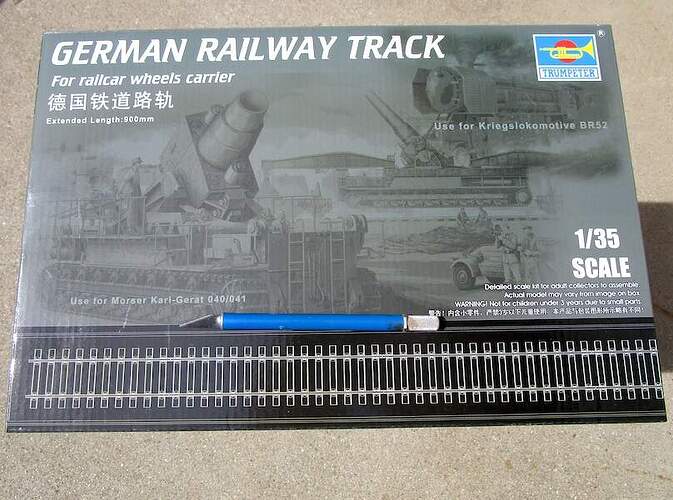 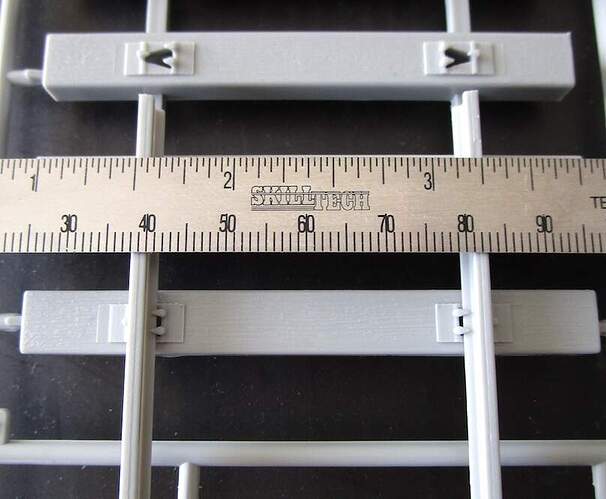 Excellent! Thanks very much for doing that. Did you happen to check against the Sabre track too? given that you made curved track out of that I realize that might not be possible…

Indeed I did. Same as above

Thanks. I’m fairly amazed that they are all actually the same size! And happy about it to boot!

Indeed I did. Same as above

Above and beyond the call of duty!

All in a day’s work, Sir

I know you mentioned Dragon as well but I couldn’t remember under which pile of the stash I put that kit. It’s the armored draisine kit. I do recall checking in the past tho, and it was also compatible with the others

Trumpeter and T-model are fine. I was just looking for an alternate source than Mini-art. I can find track from both of those easily.