Is it too late to join?

Hi Jim, it’s never too late to join a campaign - unless it has already finished! I’m sure Fred will agree. The more the merrier!

That is too cool!

Not at all. You are very welcome to join.

Decided to go with Kosprueone’s desire to see a dockside scene, so ordered an 00/H0 pug which arrived today, 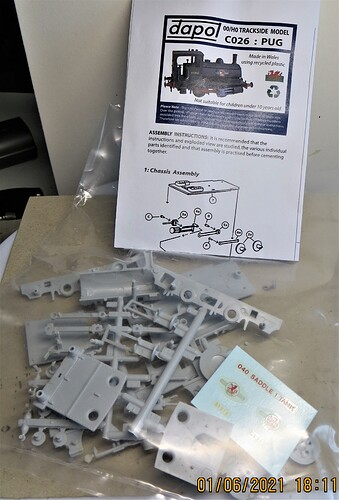 I have to have a visual image in my head of what I’m aiming to achieve, so set about doing a rough sketch this afternoon of what the A4 scene would look like, 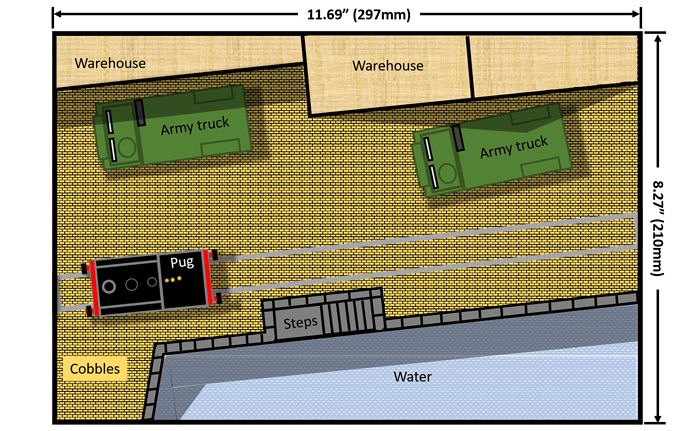 It’s set in a fictional English south coast dockyard, late in WW2, Not sure if the trucks will be unloading troops, or whether they might be ambulances. I’m also thinking of adding a fixed crane along the dock edge and maybe some form of unloading shelter if I can find some suitable images for inspiration…

This is only my second ever attempt at ‘Braille’ scale, the first is nearing completion elsewhere in this site. Is the term ‘Braille’ used by model railway builders to cover 00/H0?

Any thoughts/suggestions greatly appreciated, especially as I have no real knowledge of railways, nor the modelling thereof, so more than happy to take advice from others,

What? This has started? I thought it was to start next year. Guess not.

I have no real knowledge of railways, nor the modelling thereof

Me neither, but I do have hazy recollections from early childhood of small “Pug” type engines working coal wagons around a small local harbour, and later I worked with a chap who was a loco driver and had served with an army Railway Operating Company during the war. (I believe he may still be around, but I haven’t heard anything about him since his hundredth birthday a couple of years ago: he celebrated it with a parachute jump!) He had a small steam shunter in his care (officially as a back-up loco) but most shunting round the works was done with a leased B.R. Class 08 diesel; I was never favoured with a chance to drive the little loco on the occasions it was in steam but I did get a couple of goes on the Class 08 (I perhaps should mention I was actually employed as an office-based clerical minion…).
I think you have made a good start with the Dapol (ex-Airfix, ex-Rosebud Kitmaster) Pug but it really needs a wagon or two with it. Ideally it would be a single “Warflat” bogie wagon with a military load, I understand WW1-built examples were still in service (until the 1980s?) and WW2-built ones were in use at least into the last decade. However, prior to WW2 there were small two-axle flat wagons and you might be able to mock up one or two from some of the smaller items of rolling stock Dapol produce (maybe C041 10 Ton Ventilated Meat Van) or there may be more suitable items from other plastic wagon kit manufacturers - I’m not familiar with these. They would probably work best with a scratch-built sheeted load but should accommodate a Bren Carrier or Light Tank. It’s worth remembering the Airfix buildings were the egg which came before chicken of their armour kits; the latter were intended to be compatible with the former.
Although it may at first appear somewhat large for an A4 base, I would strongly advise the use of C030 Travelling Dock Side Crane as your hoisting item; I had one as a kid and it really impressed me and I suspect it has stood the test of time well.
Lastly, I would like to bring item C007 Engine Shed to your attention. Again I had one as a child, built for me by an uncle skilled in such things. It was a double-length version made from two kits, the kit is designed to facilitate this. This also means one kit should provide enough material for a single-sided low-relief backdrop for your diorama. At the risk of things getting a little crowded I think the two huts in C011 Trackside Buildings x 2 would also look really at home on your proposed build.

What? This has started? I thought it was to start next year. Guess not.

Yes, it is running. The start date was May 15th.

Thanks for the warm welcome. I’m looking forward to doing something WW I 60cm railway related

One question: does it have to be a model of something real? I ask because there’s train-based fiction, and fictional trains. I’m thinking “Train to Busan”, “Snowpiercer”, and most recently “Demon Slayer: Mugen Train”. In book form there’s China Miéville’s “Perdido Street Station”, “Iron Council”, “Railsea” and even Christopher Priest’s “Inverted World” which features a moving city (a bit like “Mortal Engines” but on rails).
And then there’s Steampunk/Dieselpunk… (I’m a bit obsessed with that sort of thing at the moment.)
We’re not talking the Bassett Lowke stuff

but scratch-built items not simply decorated with odd cogwheels and that can’t run on layouts with normal loading gauges. More like normal Victorian stuff but turned up to eleven: 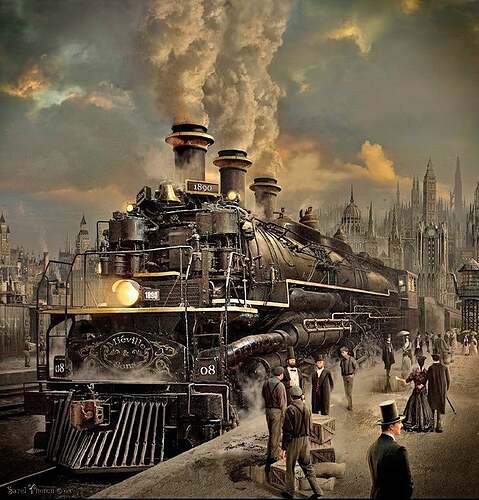 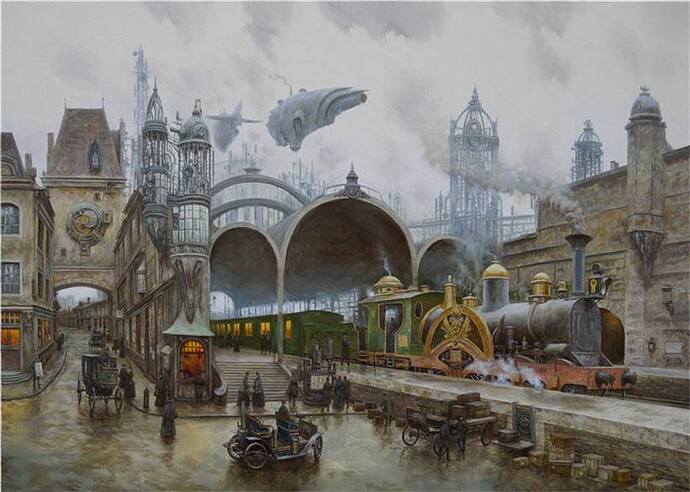 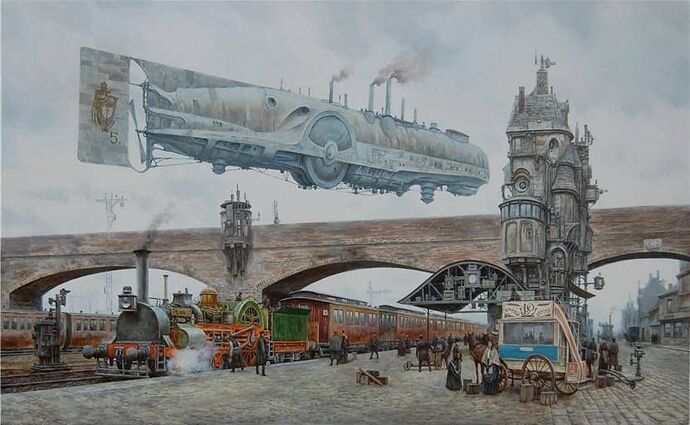 I realise you wish to be as inclusive as possible, but perhaps there are limits to what can be permitted?

Thank you for taking the time to provide such an in-depth and instructive response to my post,

. Your childhood sounds like a very adventurous and special time, and ex ‘loco.driver’ colleague certainly enjoys a good innings, can’t really imagine all the changes and experiences he’s gone through in his lifetime.

If you don’t mind me asking, where was the ‘small local harbour’,

? as I’m looking for inspiration regarding the ‘hard’ landscaping.

Would shunting trains have moved single carriages, and would they have done so without ‘guards vans’,

? I had been considering some form of carriage, and I do like your idea of a Universal Carrier (it’s probably my all time favourite military vehicle), but also aware of the small space my A4 rule subjects me to, especially if a dockside travelling crane was to be incorporated.

As for buildings, I intend to scratchbuild them myself, I had a go in my current, and first ever, ‘Braille’ scale build (see image below), I made a lot of mistakes, but hopefully will be able to incorporate them in to this build, 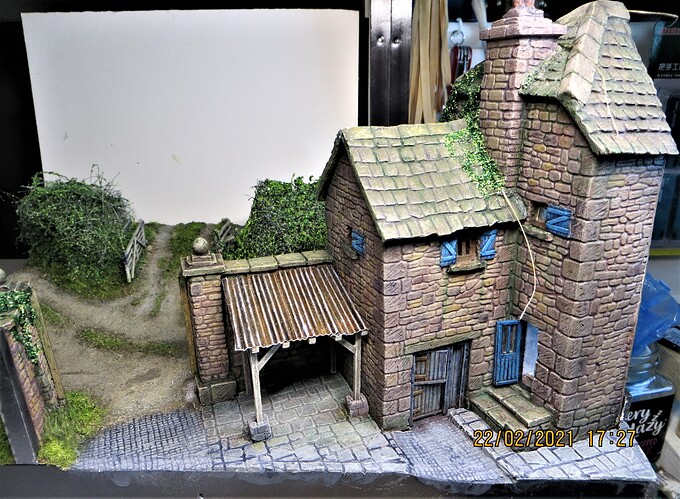 Thanks again for your help thus far, and cheers,

WW1 60cm would be great! Those are some very cool railways. They’re what scale are you thinking of? If you said I missed it. There’s a company in England called W^D Models specializes in 172nd British Great War Railway equipment.

I look forward to it, Fred

“If you don’t mind me asking, where was the ‘small local harbour’ as I’m looking for inspiration regarding the ‘hard’ landscaping.”

I don’t think it will be much help as it’s up in the north-west of England and you need something from the south coast, but I’ve hunted up some photos of it as it was in days gone by. It’s much changed now, all signs of recent industry are gone and the inner harbour, once (apart from a single wet dock) an expanse of smelly mud at low tide is kept flooded by a new lock as a rather pretty marina. 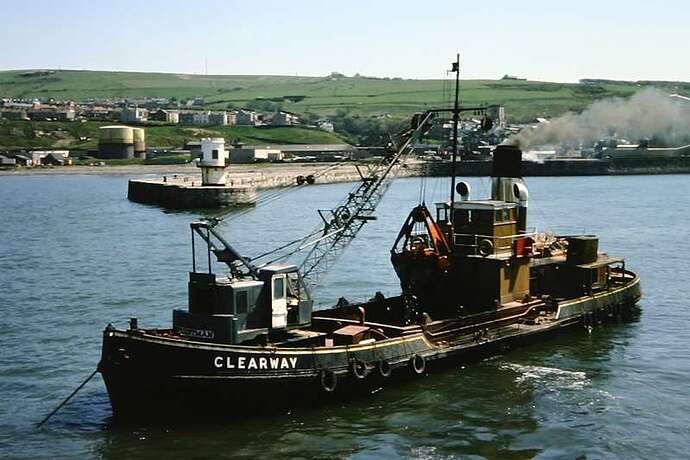 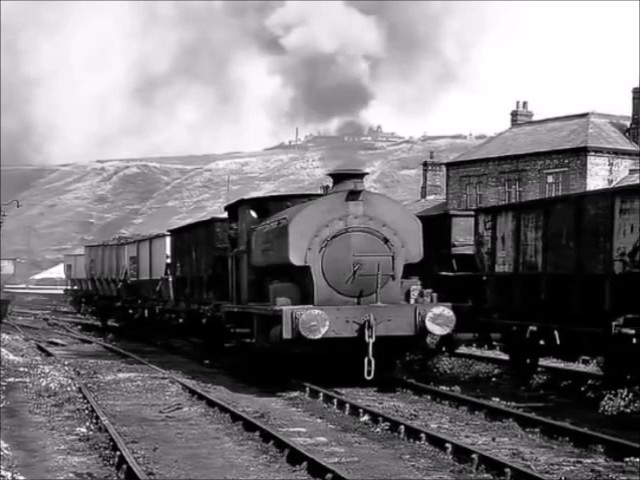 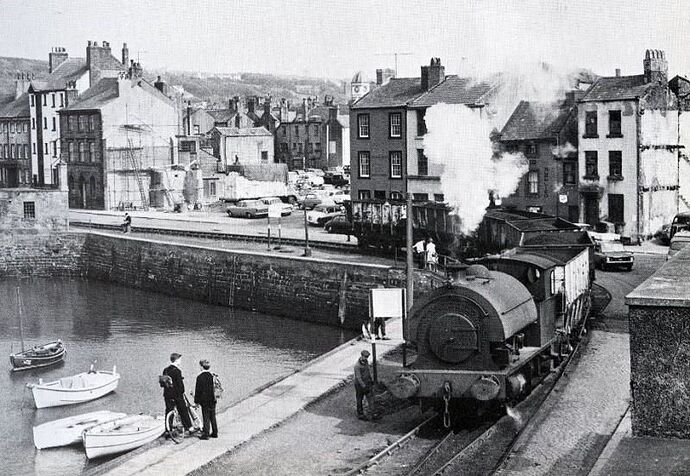 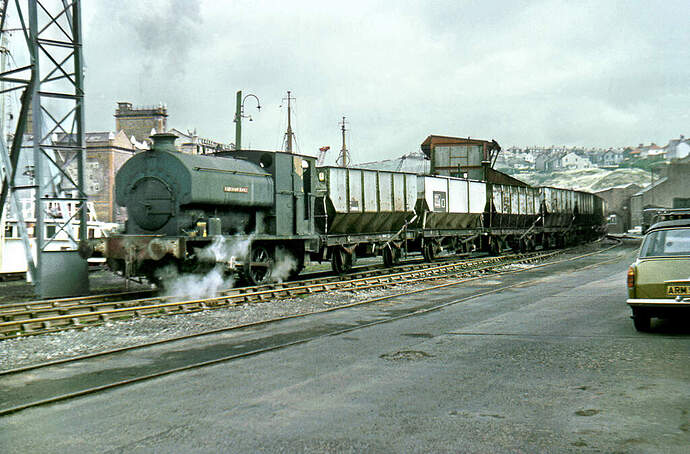 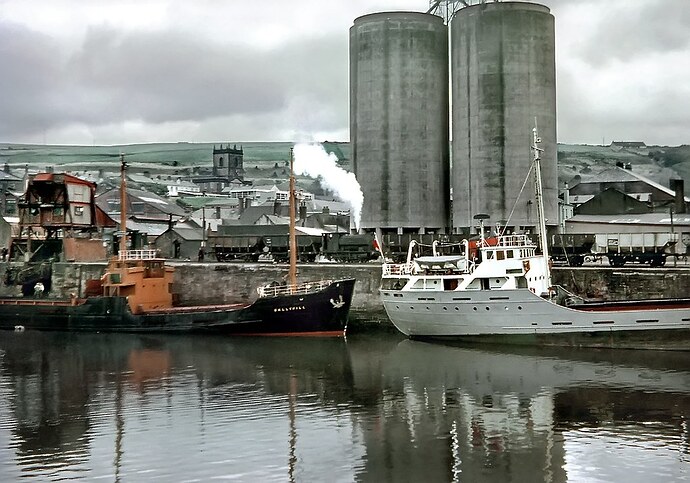 “Would shunting trains have moved single carriages, and would they have done so without ‘guards vans’?”

You have that right, there would be times during the making up of a train when single wagons would be moved, it’s a sort of cumulative process with the Brake Van usually being added last. The train would be then parked in the yard waiting for the main line loco to come in and collect it. Different rules applied in large yards (where hump shunting might be used) or there were semi-permanent rakes of waggons dedicated to a specific purpose such as mineral traffic.

“As for buildings, I intend to scratchbuild them myself”

I can’t blame you when you can build to that standard, lineside kits are intended to simplify things for people who aren’t so heavily into the scenery side of the hobby, but it has to be said that those railway modellers who are into landscaping include some of the foremost practitioners of the art. It used to be axiomatic that new wargamers wanting better terrain to fight over were told to go to a model railway show and get advice there. I’ve seen a lot of dioramas, even the hyper-detailed fantasy stuff using innovative techniques and I can only say if that’s your first try at that scale you’re already better than competent.

“I made a lot of mistakes”

I suspect you will have to post a bigger picture with the “flaws” circled in red before I (or, I suspect, most people) have any idea there are imperfections.

Great ref pics. Thanks for sharing

@MoramarthT , yes, I’d like to see this subject in here.

Hi Jim, sorry about the confusion there. Good news is that because I did not get the campaign side up on the 15th, and because I screwed up lots of my first campaign, the campaign is actually running into next February if I recall correctly.

This campaign is chugging along nicely. Hope you can join.